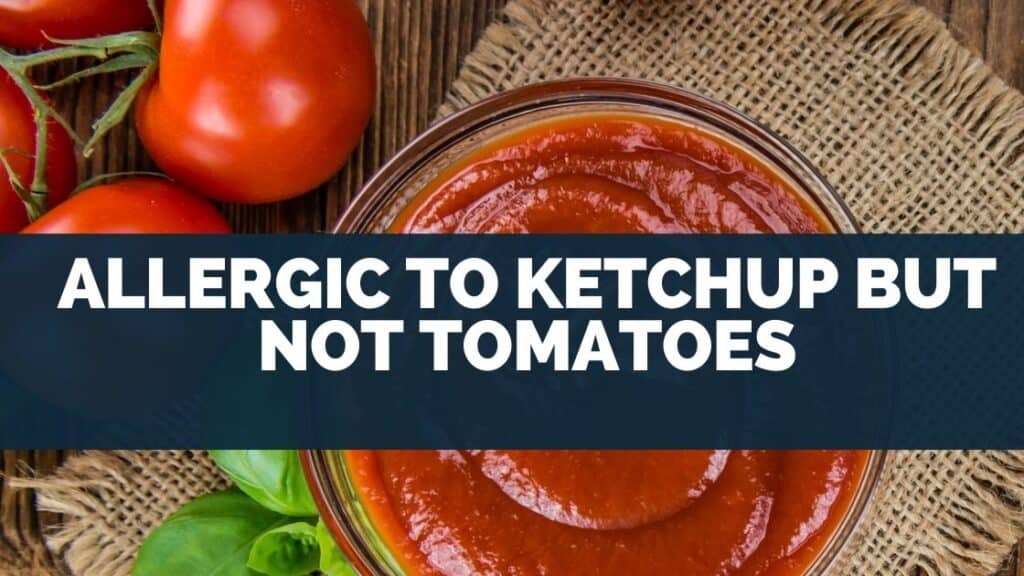 It’s estimated that around 20% of all people have some form of food intolerance.

Tomatoes are one of those foods that people report causes a bad reaction when they consume them.

One of the main ingredients in ketchup is tomatoes so today I will explain why you may be allergic to ketchup but not tomatoes.

Ketchup contains additional ingredients on top of tomatoes, so it’s likely you’re allergic to the other ingredients.

Ketchup is made from 5 ingredients, sugar, vinegar, tomato paste, brine, and spices.

Go to top
Table Of Contents hide
1 Ketchup Allergy Symptoms
1.1 Try a different brand of ketchup provided you don’t have a severe allergy
2 Can You Suddenly Become Allergic to Tomatoes?
3 What Are the Symptoms of Tomato Intolerance?
3.1 Difference between an allergy and an intolerance 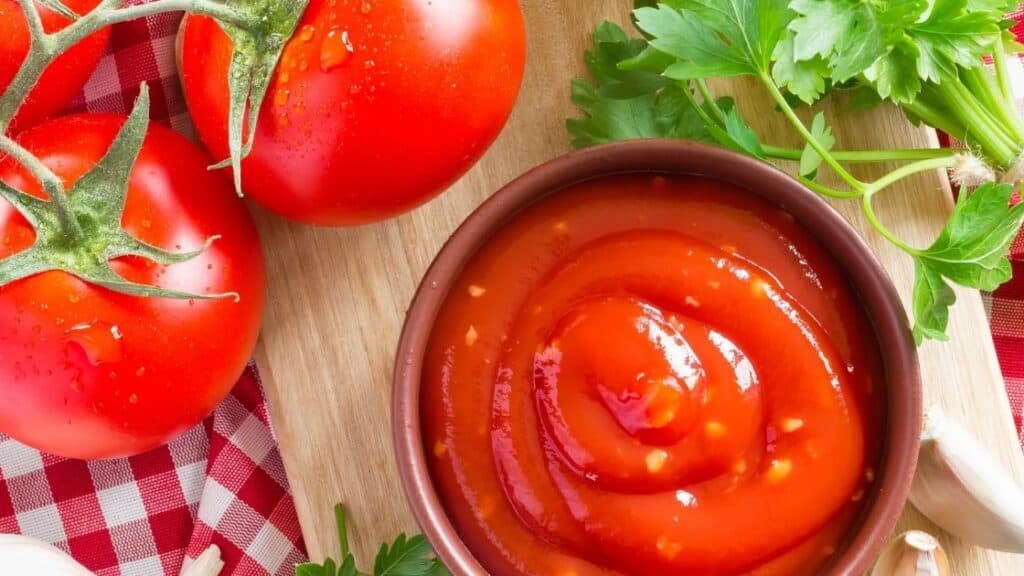 The symptoms of an allergy can range from mild to severe.

Here’s what the typical symptoms are of a ketchup allergy.

Symptoms of a ketchup allergy are skin reactions, digestive reactions, and breathing reactions.

You can develop a rash on your skin, get vomiting or diarrhea, develop pale skin, feel dizzy or faint, and develop a cough, shortness of breath, or difficulty breathing.

It can be difficult to pinpoint the exact food that causes an allergic reaction.

The main way to know is to use the process of elimination.

This involves removing a food such as ketchup one at a time and monitoring the results.

Another good way to know is if you suddenly have a reaction when otherwise you don’t experience any negative symptoms.

When that happens you can narrow down that it was one of the foods you ate in your last meal.

It’s also possible that the food you ate recently was spoiled in some way.

According to the American College of Allergy, Asthma, & Immunology about 4% to 6% of children, and 4% of adults have an allergy to one or more foods.

To understand more about what is causing an allergic reaction to ketchup here’s a video from Heinz that shows how their ketchup is made:

From the video Heinz explains that their ketchup is made with 5 ingredients:

Brine is added to the tomato paste to make it runnier.

Tomato paste is a concentrated form of tomatoes that is made by reducing blended tomatoes.

As this happens the tomato solids separate from the liquids and can be removed using a sieve or using a ladle and pouring off the excess liquid.

It’s possible you’re having a reaction to one of the other ingredients in ketchup and not necessarily the tomatoes.

For example, you could be allergic to one of the spices used, or the type of vinegar.

Also, Heinz ketchup made in the USA which is exported overseas is made with corn syrup rather than sugar.

So, you may be allergic to corn syrup as well.

Heinz is by far the most popular ketchup brand in the USA according to data provided by Statista.

The next most popular brands are Hunt’s, and store brands – these are brands that are made by the supermarket.

It can be the brand of ketchup that has some unique ingredient that other ketchup’s don’t have.

Therefore, provided you don’t have very severe reactions to ketchup you can try other ketchup brands to see if this is the case.

Then you can still enjoy ketchup.

Otherwise, you may want to make your own ketchup/tomato sauce yourself and experiment with different ingredients to narrow down a recipe that works for you.

Green tomatoes are also consumed. They are tomatoes that are picked early before they ripen.

Or, are tomatoes that are still on the plant when the plant dies in winter.

They are cooked by coating them in batter and frying them or cooking them in the oven.

Green tomatoes aren’t typically sold in stores and therefore are less common for most people so you may be wondering whether green tomatoes can be consumed raw.

I explained that in this article about if it’s possible to eat green tomatoes raw.

Can You Suddenly Become Allergic to Tomatoes? 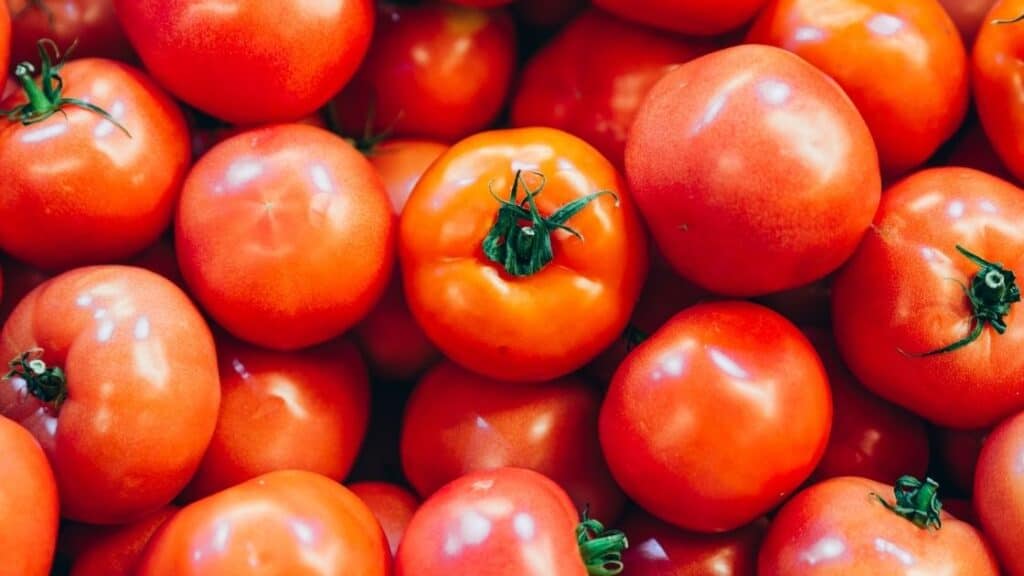 Allergies typically become apparent before you become an adult as you will have been exposed to most of the major foods by then.

If you find that you suddenly start having a reaction to foods such as tomatoes when previously you didn’t have an issue, you may be curious whether you can develop allergies to tomatoes suddenly.

I looked into it, and here’s what I found.

It’s possible to develop a tomato allergy later in life according to medical professionals.

They state that this topic is not well researched but one possible reason is if you move to a different region that has different soil, and surrounding plants.

This affects the chemical make up of the plant and the resultant fruit, in this case, tomatoes.

If this does occur, I suggest trying different varieties of tomatoes.

For example, if you eat regular tomatoes try plum tomatoes or heirloom tomatoes.

Or getting tomatoes from a different source such as a farmers market or a vegetable store that doesn’t source the tomatoes from the same grower.

What Are the Symptoms of Tomato Intolerance? 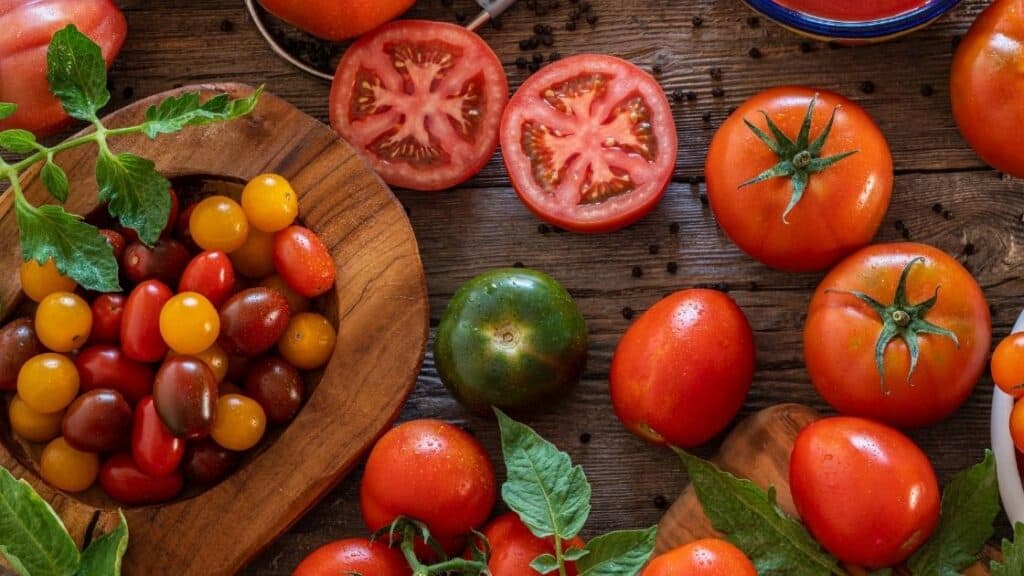 Having an intolerance to certain foods presents symptoms that can range from very mild to quite severe.

There are quite a few exact symptoms which indicate you have an intolerance to tomatoes, these are:

Digestive issues such as diarrhea, vomiting, and stomach cramps.

As well as nausea, dizziness, headaches, an inability to concentrate, skin reactions such as rashes, and difficulty breathing are all symptoms of tomato intolerance.

It’s quite easy to identify you have an intolerance to a certain type of food if you have stomach or digestive-related issues.

But, having a headache, an inability to concentrate or skin reactions can be caused by a range of different factors.

It’s common for headaches to be caused by not drinking enough water.

And an inability to concentrate can be caused by not getting enough sleep.

So, narrowing down the cause of these symptoms can be a bit more difficult.

The main method is to adjust the different factors such as sleep, water, and types of foods until you narrow down the cause or don’t experience any of the symptoms any more.

Difference between an allergy and an intolerance

Some people have an allergic reaction which includes the symptoms I listed above.

Others have what is termed intolerance.

This is kind of a catch-all way of saying you have a mild allergic reaction.

For example, it’s common for people to have gluten intolerance.

In that article, I also explained what happens if you eat a lot of tomatoes and whether tomatoes make you poop.

Getting gas and bloating from certain foods is rare, it is a common reaction for the small percentage of people that suffer from food allergies.