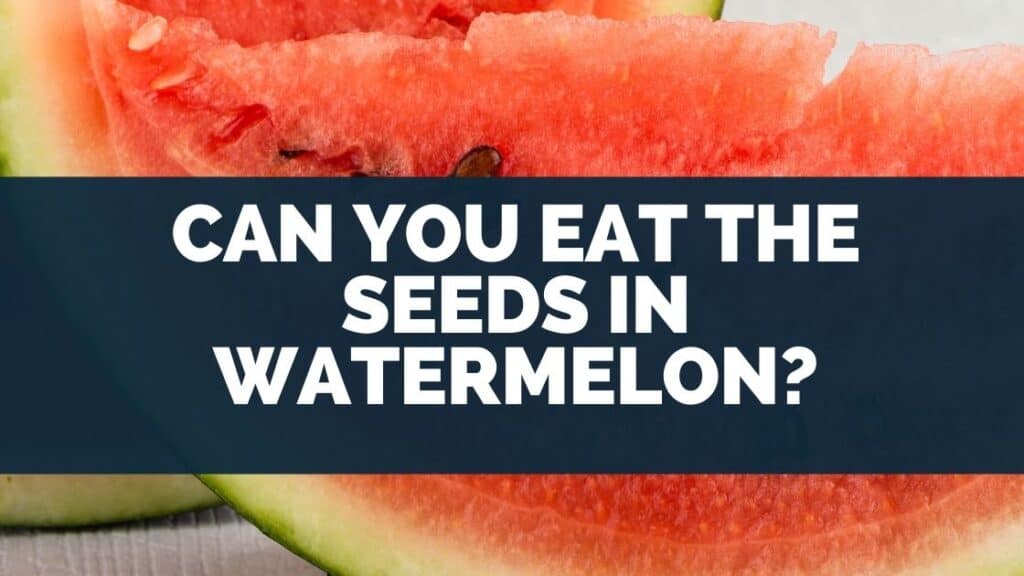 The cleverly named watermelon that originated some 5,000 years ago in southern Africa contains 92% water.

The round, sturdy, drought-tolerant watermelon still grows wild in that area.

Watermelon seeds can be eaten and are a great source of vitamins, minerals, and amino acids.

You have probably eaten some white seeds unknowingly as they are difficult to spot inside the flesh.

Since they are tiny, they tend to go unnoticed and find their way into your belly.

There is some scientific evidence that ancient people roasted watermelon seeds for food and nutrition.

The watermelon is believed to have been used in ancient times by the people traveling through the Kalahari desert.

The fruit was eaten for its hydrating properties and its seeds used for nutrition.

Both images and seeds of watermelons have been found in Egyptian tombs at least 4000 years old.

Some hieroglyphics depict a big, oblong fruit with stripes.

Ancient watermelons were hard, pale, and bitter, much unlike the modern watermelon.

They acted as a water container and a source of nutrition when traveling through deserts.

The modern watermelon has come a long way.

A sweet, delicious source of food perfect for hot climates, watermelons are excellent sources of nutrition.

The only difference is that the white seed is not mature and cannot germinate.

In addition, there are variants of watermelons from the Middle East and China that have mature white seeds.

The seedless watermelons are sterile and cannot produce baby plants.

However, they sometimes have seed coats.

Seed coats look like seeds but are empty inside.

No matter what type of watermelon seed you eat, and regardless of what childhood myths you may have been told, you can be sure the watermelon seed will NOT start growing plants in your stomach! 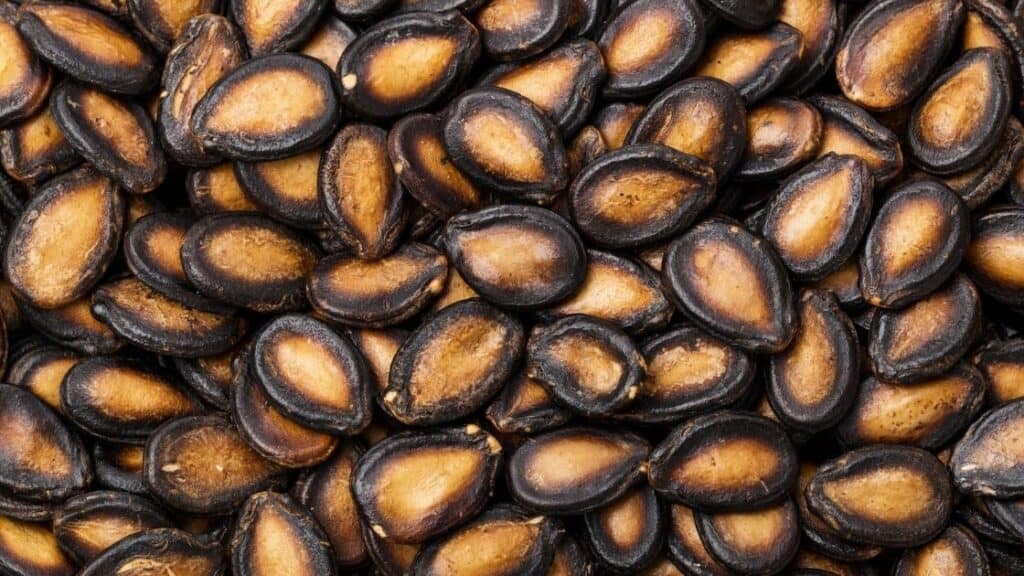 Watermelon seeds contain loads of nutrients, vitamins, and minerals. 100 grams of roasted watermelon seeds will give you 93% of your recommended daily intake of zinc and 129% that of magnesium.

You can eat both black or white seeds directly from the watermelon.

Because of its tiny size, you probably won’t even notice the soft white ones.

You can also roast the watermelon seeds, use them in a fresh salad or just eat them as a delicious and healthy snack.

If you decide to roast the seeds from your watermelon, remove the immature white seeds.

Make sure they are clean and dry before you put them in a frying pan on medium heat.

Stir constantly and turn them frequently to ensure even roasting.

The table below lists the nutritional content of 100 grams of dry watermelon seeds.

In addition, watermelon seeds have been known to have several health benefits such as:

Magnesium is an essential mineral that is used for the body’s metabolism. 60% of the body’s magnesium is stored in the bones and used to build new bone cells and control calcium levels.

A magnesium-rich diet can also reduce the risk of type-2 diabetes.

Watermelon seeds have a high zinc content. Zinc is vital to the immune system.

A zinc deficiency has been linked to slow healing of wounds, loss of taste, and weight loss. (Source)

The recommended daily intake of zinc is 8 mg for women and 11 mg for men.

Research shows that the length of the common cold is reduced by about a third by adding 75 mg of zinc to the daily diet. (Source)

Potassium is an essential mineral that acts as an electrolyte in your body, carrying an electric charge when in contact with bodily fluids.

Potassium is vital for cell, nerve, and muscle health.

Our bodies are unable to provide potassium.

It has to come from our food or supplements.

In addition, potassium also helps control blood pressure and offsets some of the negative impacts of salt.

Other functions of potassium include:

Potassium is regulated by the kidneys and is lost through urine or sweat.

Contributes To A Healthy Heart

These are essential fatty acids that help your body remove the effects of bad cholesterol (LDL).

High LDL levels can create problems with your heart, like hardening the arteries by the build-up of plaque, which is a combination of cholesterol, calcium, and fat.

Since our bodies can not produce Omega-3 and Omega-6 fatty acids, we have to get them from our food.

What Are The Side Effects Of Eating Watermelon Seeds? 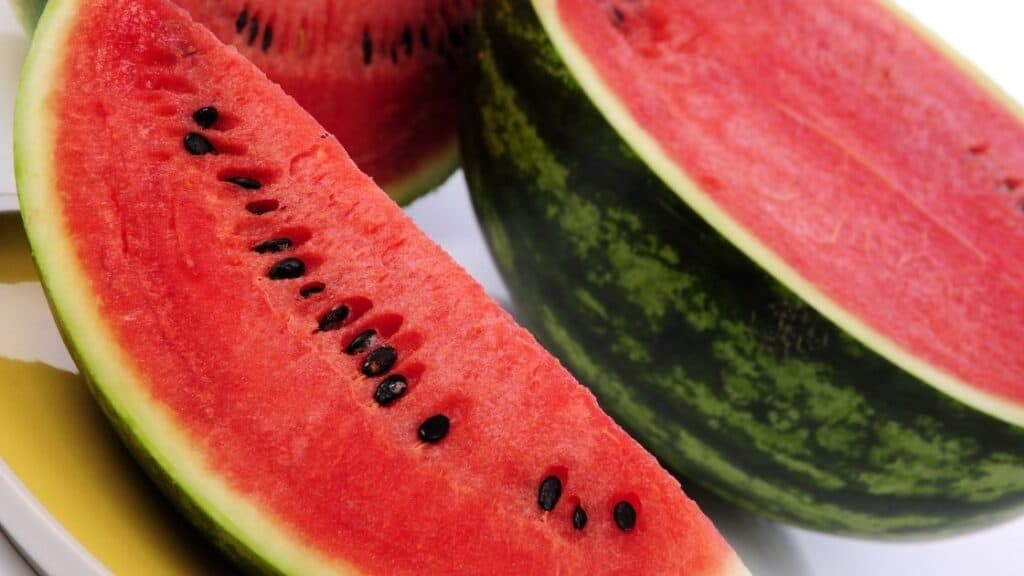 There are no adverse side effects of eating watermelon seeds.

However, if you follow a diet low in magnesium, phosphorus, zinc, or potassium, note that watermelon seeds have high amounts of these nutrients.

In addition, roasted watermelon seeds have about 557 calories per 100 grams.

As the daily recommended caloric intake is about 2,000 for an adult, excessive consumption of watermelon seeds might result in weight gain.

Like any other food, watermelon seeds should not be excessively consumed.

A widespread prank is telling a child that if they swallow a watermelon seed, it might sprout in your belly and grow into a plant.

Of course, this is untrue and downright hilarious!

Seeds are designed by nature to pass through our digestive system and those of animals undigested, propagating elsewhere away from the parent plant to maximize nutrition.

If you do not chew the seeds and swallow them whole, the body will not digest them, and the nutritional value will be lost.

Can I Eat Watermelon Seeds Every Day? 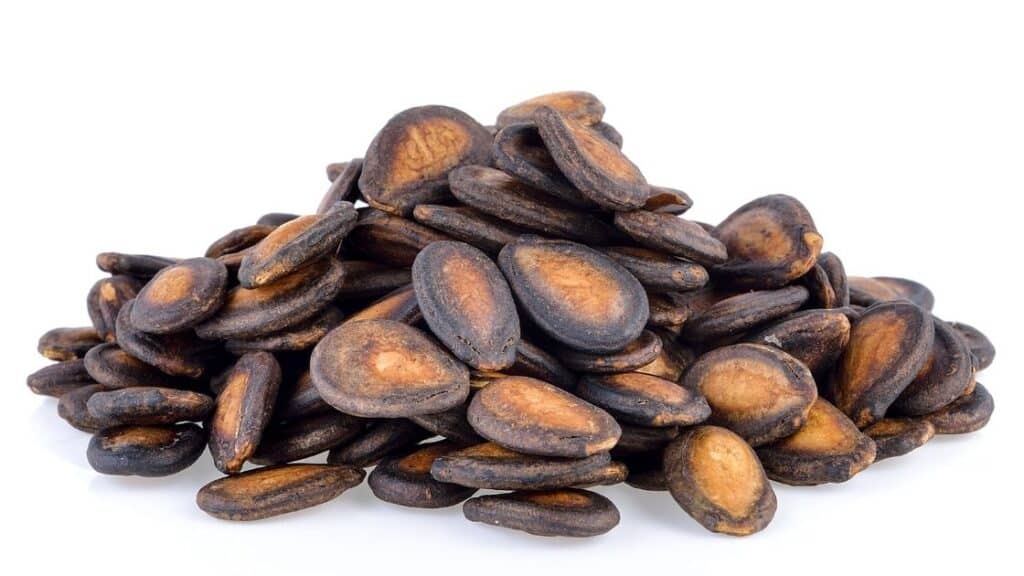 Watermelon seeds are an excellent source of nutrition and are a healthy addition to your daily diet.

A popular way to prepare watermelon seeds is to roast them instead of chewing on them raw.

Watermelon seeds are rich in zinc, an essential mineral vital for maintaining a healthy immune system and help with healing wounds.

Some research indicates that 75mg added to your daily diet can shorten the duration of flu and common colds by 33%.

In addition, watermelon seeds have been credited with the following health benefits.

Seeds can also be sprouted, eaten raw, or dried for use in salads, soups, and cereal.

How Much Watermelon Can I Eat A Day? 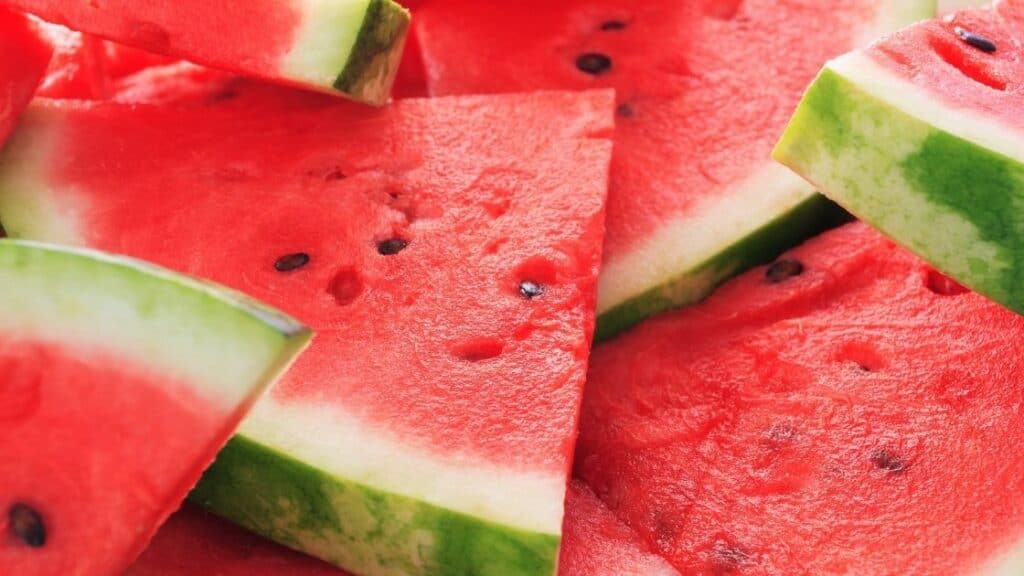 Watermelons have a high Glycemic Index (GI) and might be unsuitable for people with diabetes.

In addition, watermelons have high levels of magnesium, potassium, and zinc.

Nutritionists recommend a daily intake of 100 to 150 grams.

Originating in the south of the African continent about 5,000 years ago, the watermelon is a fruit and vegetable at the same time.

More commonly eaten as a fruit, watermelons are often consumed on their own or as part of a dish.

If the outer rind is used, it is considered a vegetable.

The rind can be pickled, stir-fried, or added to stews.

Watermelons contain 92% water and can be enjoyed by everyone.

They are a rich source of zinc, potassium, magnesium, and vitamin C.

In addition, watermelons have the following health benefits: