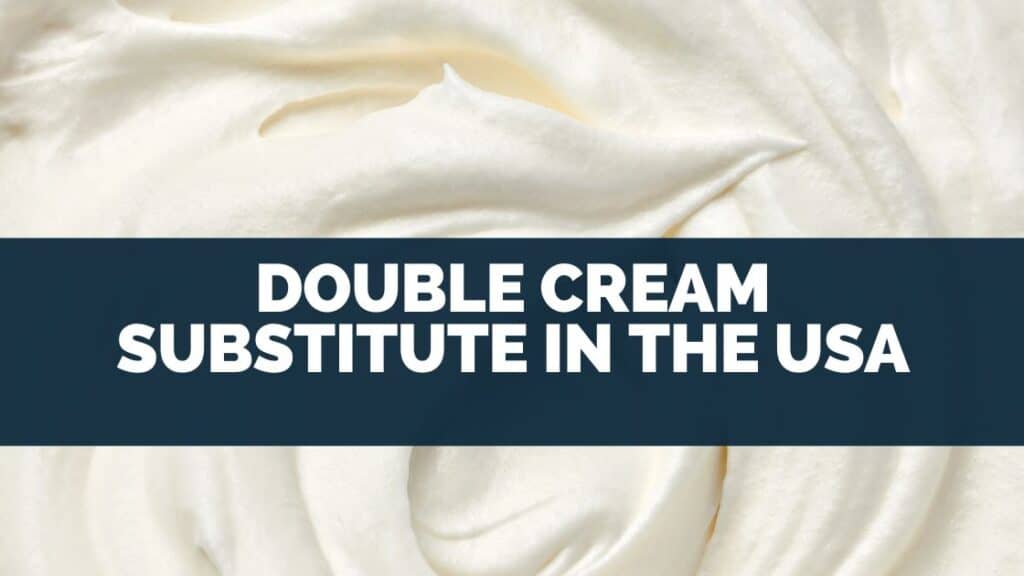 Double cream is an intense dairy product found all over Europe. D

ense, rich, and thick, it is often used in desserts, paired with fruits, or used as toppings.

However, if you’ve run out, you might be wondering what is a good double cream substitute in the USA.

When a recipe calls for double cream and you don’t have any, you can use crème Fraiche, heavy cream, mascarpone, Greek yogurt, or a combination of light cream and butter.

Double cream is a type of cream that is made from milk and cream. It has a high fat content, which makes it thick and creamy.

Double cream is often used in baking and cooking, as it adds richness and flavor to dishes.

It can also be used as a topping for desserts, or simply eaten on its own.

Double cream is available in most supermarkets in Europe.

However, it is less common in the US, and instead, other substitutes like heavy cream or light cream and butter are used.

Go to top
Table Of Contents show
1 What is the American Version of Double Cream?
2 How Do You Make Double Cream in America?
3 What Do Americans Call Single Cream?

What is the American Version of Double Cream? 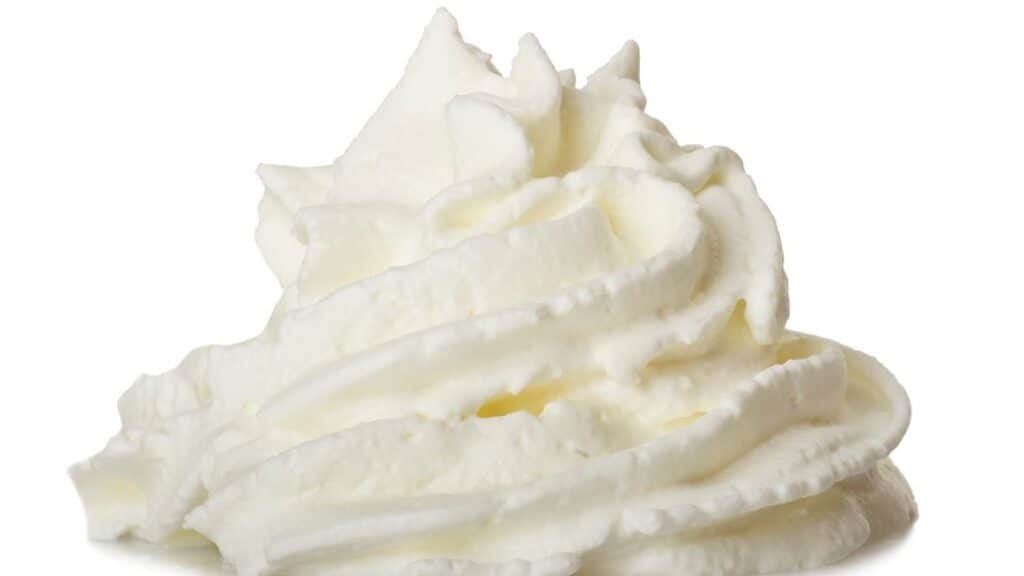 In the US, heavy or whipping cream is the American version of double cream.

The main difference between heavy cream and double cream is the amount of fat in each.

US recipes tend to use heavy cream more frequently than UK ones which tend to use double cream.

Because of the procedures and guidelines for dairy products in the US, both double and single creams are uncommon in the US.

On the other hand, using cream in cooking, both single and double cream is a common option in the UK and Europe.

The main barrier to the sale of double and single creams in the United States is the country’s pasteurization laws.

In the United States, pasteurized milk must be used at the start of the process for all dairy products, including cheese, and cream.

While, when making extremely high-fat products like double and single cream, it’s important to start with unpasteurized milk.

Due to these rules, heavy cream, which has a 36% butterfat content as opposed to a 48% butterfat level in the double cream, is the cream with the largest fat percentage you’ll find on the market.

Double cream is a type of heavy cream that has a high fat content.

It is thick and rich, making it a popular choice for desserts and baking.

When using double cream, it is important to remember that a little goes a long way.

Too much cream can make a dish too rich, so it is best to start with a small amount and add more if needed.

Double cream can be used in many different ways.

It can be whipped and used as a topping for cakes or pies, or it can be stirred into soups or sauces for added richness.

It can also be used in place of milk or cream in recipes for a richer flavor.

How Do You Make Double Cream in America? 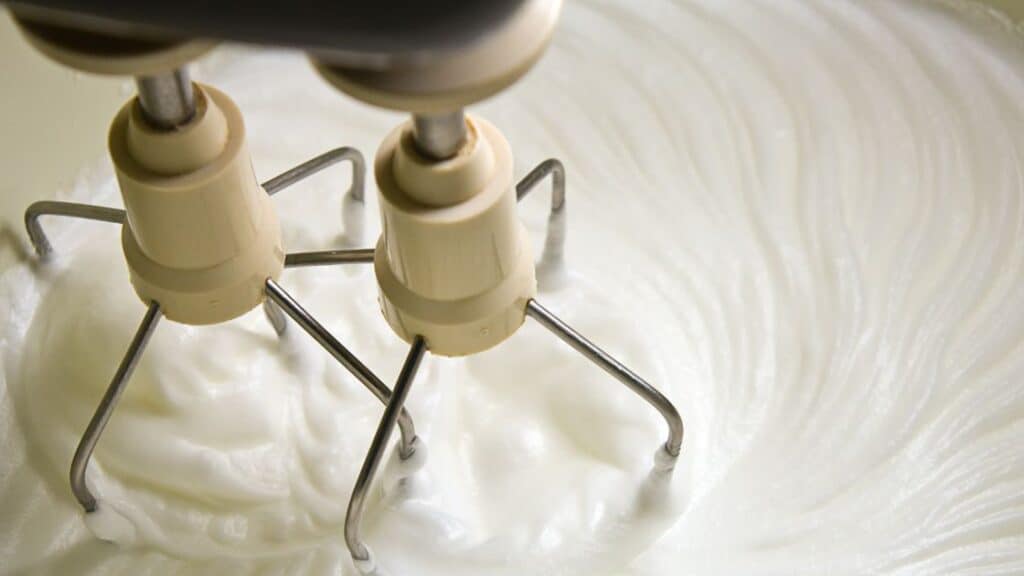 If your recipe calls for double cream, you might have difficulty finding it in the US.

Fret not! You can make your own homemade double cream.

Then, calculate your butter to cream or milk ratios. 2 ounces of 83% butterfat butter and 6 ounces of heavy cream are the recommended mix.

Even ordinary milk can be used, but you will need to use more butter in that case.

Then combine these and heat them in a pot (a microwave may also work) and wait until the butter melts.

Then start working after pouring this combination into the cream maker’s top.

It can take a while because you have to manually pump this device.

An alternative is to blend the ingredients at a high speed for approximately a minute to create an emulsion (you can use a Vitamix for this).

Although some foam will be produced, it will disappear once the mixture has chilled.

Chill the mixture in the refrigerator once the emulsion is complete.

As the mixture cools, it will thicken, giving you nice, fat double cream!

In addition, this video shows how to make the 7 simple homemade heavy cream substitutes using just one or two components.

What Do Americans Call Single Cream? 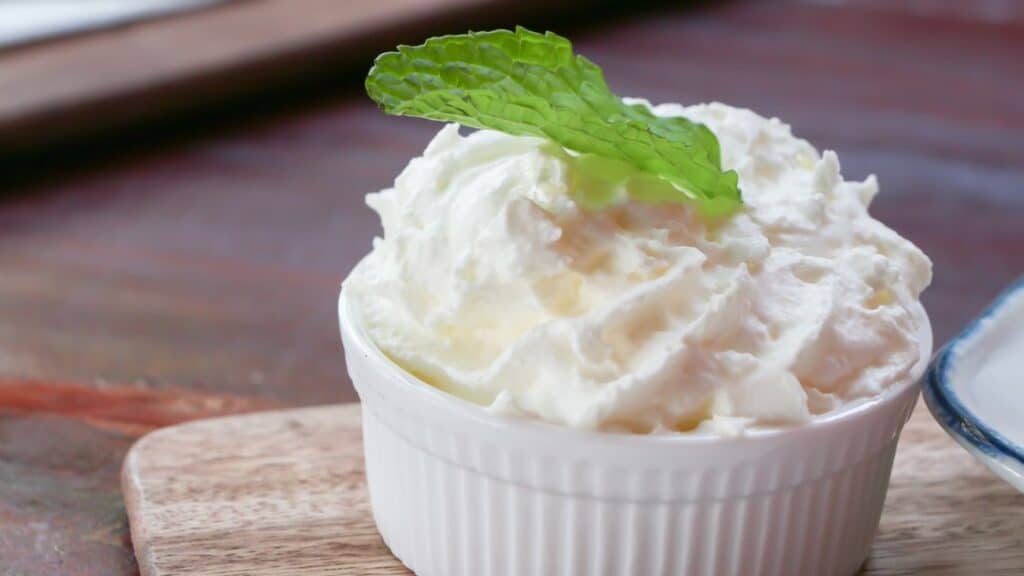 Light cream would be the most comparable product to single cream in the US.

Single cream has a maximum fat percentage of 18–20%, making it a lower fat cream

. It is typically poured on top of desserts and is occasionally referred to as “pouring cream.”

Other countries may refer to it as “light cream” or “table cream.”

The processes such as heating, whipping, and addition of stabilizers that creams undergo separate them into different types.

Single cream cannot be used in place of whipping or double cream since it will not curdle if it is heated to a boil.

However, if you already have light cream, you can add butter to it to make an excellent substitute for double cream.

Be warned! Double cream has an extremely high fat content so it should be consumed in moderation.