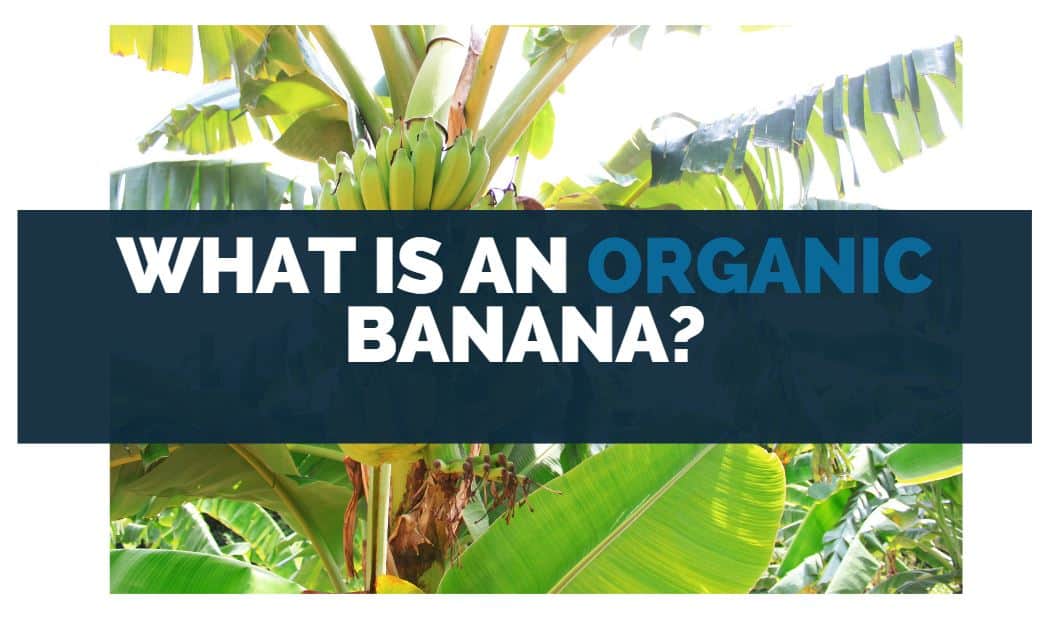 I’ve been interested in healthier eating for a long time, and I’m often intrigued with organic fruits and vegetables.  Bananas are a staple part of my diet, I often eat them with breakfast, in the afternoon as a snack, and even with dessert.

I wondered exactly what an organic banana is, and whether it was any better than a regular banana. so I did some research and put together what I found in this article.

So, what is an organic banana?

Organic bananas are bananas that are grown without certain pesticides, herbicides, and fertilizers.

The chemicals aren’t used because they have been scientifically proven to be bad for the environment and your health.

There are many governing bodies that license growers as being certified organic.

Some consumers aren’t aware of the benefits and drawbacks of organic bananas.

And it is cheaper and faster to grow bananas using harsh pesticides, herbicides, and fertilizers.

So, read on where I will explain exactly how they differ, and the positive and negative aspects of each.

How are organic bananas grown?

Organic bananas are bananas that are grown without any additional help from the farmers or growers.

Nature is left to run its course. But, during growing various insects and animals will eat them. And this makes the bananas not look perfect for people who buy them.

There are various plants that can be grown alongside bananas that repel insects and fungus from growing on them.

But, they don’t work 100% of the time. And as part of nature, some of the bananas will get eaten by bugs, and mold can grow on them.

Each part of the ecosystem chain serves an important function. For example, bugs that eat the bananas also spread around pollen, and get eaten by birds.

These birds also spread seeds with their ‘gasp’ droppings. And are eaten by other predators, that keep their populations balanced.

Bananas will produce as much as they can produce based on how rich the soil is. So, many farmers will add organic mulch to the surface of the soil.

As the mulch breaks down over time, the nutrients drip down into the soil and get mixed around with worms. 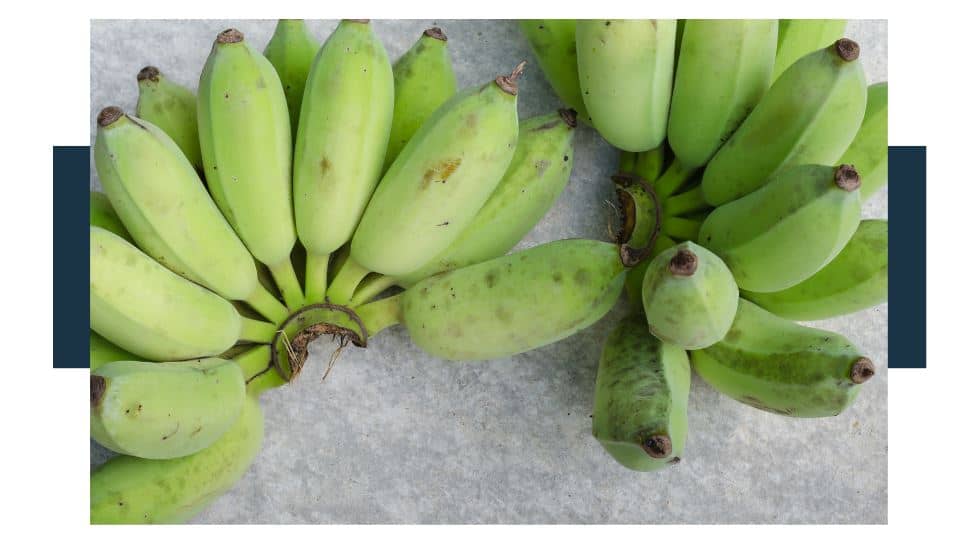 Organic farmers still want to produce really good crops, and they can improve the size, and quality of the bananas they make by using pesticides, fertilizers, and herbicides.

But, certain chemicals have been shown to cause negative effects, and pose a health risk. For these reasons, groups of people come together to produce a list of these chemicals that shouldn’t be used.

And they came up with the term ‘organic’ to differentiate between bananas that are grown without any known harmful chemicals.

They also keep a keen eye on the research and do testing.

So, if a farmer wants to produce organic bananas they will get certified. Which involved a bunch of testing, and licensing so that they can say on their packaging and labels that their bananas are organic.

Organic bananas often fetch a higher price in stores. So, it’s worth it for farmers to go through this rigorous testing and licensing.

For companies in the USA, this is done through the US Department of Agriculture (USDA).

Some of the largest banana producers such as Dole, have taken it upon themselves to transition over to completely organic bananas.

There is also the Food and Agriculture Organization of the United Nations, which collects data on organic and non-organic bananas.

A study they conducted showed that there was an 18% increase in demand for organic bananas between 2008 to 2015.

How Are Non-Organic Bananas Grown? 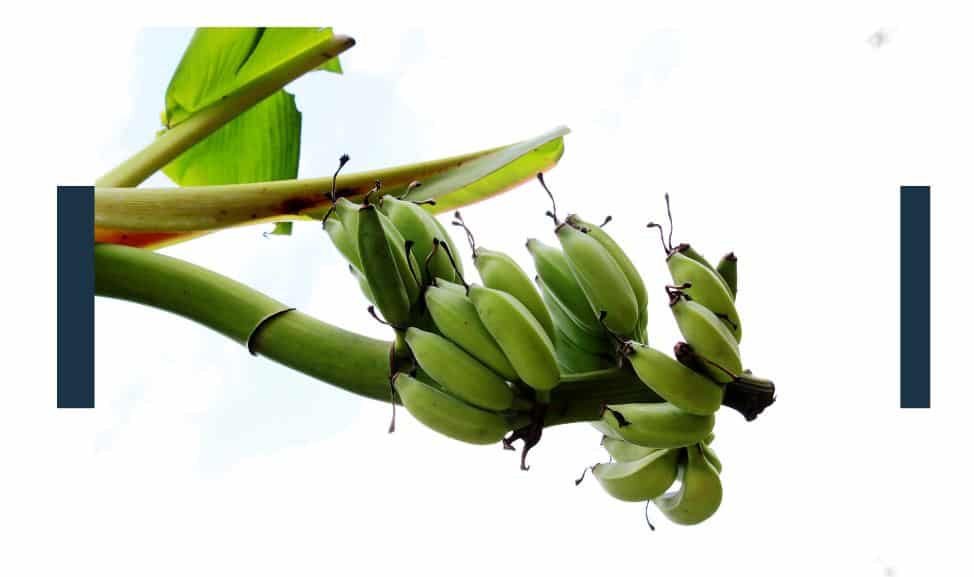 Bananas that you find in a store are always not organic unless they have a label on them that says they are organic.

Supermarkets have also found that these sell the best, and they sell the most amount of bananas when they look the best.

At large-scale production bananas are rejected from being sent to stores they aren’t up to a good enough standard.

When this happens the harvest isn’t as profitable. Because a percentage of all of the bananas they grow aren’t sold.

This means it’s more efficient for them to heavily spray their bananas with man-made chemicals, which stay on the bananas after harvesting.

They not only repel bugs, but they kill bugs as well.

Which changes the natural ecosystem and has a negative impact on the environment.

When one step of the chain is interrupted by using man-made pesticides, it causes knock-on effects later down the chain.

And undermines the overall health of the environment.

At large-scale growing of bananas. Bananas are grown in large areas the size of many football fields.

This is because they are very popular and easy to grow.

And banana growers need to compete with each other.  It’s easier to sell bananas to a supermarket or store for $0.50 a pound (or kg) than to sell them for $1 a pound.

As other growers will sell them for cheaper, and they might be left with bananas they can’t sell.

Other times banana growers will have a contract with a store to send them a certain amount of bananas each month.

When this happens the banana growers will try to produce their bananas as cheaply as possible to make the most profit.

And non-organic herbicides, pesticides, and fertilizers are used because it produces better quality and more bananas compared to growing organically.

What Are The Benefits Of Organic Bananas? 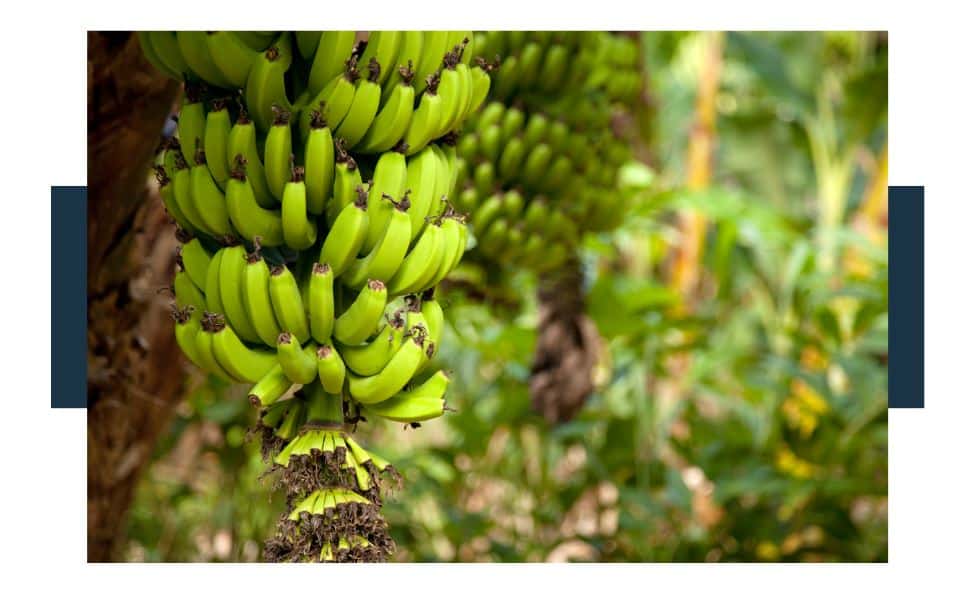 And the ecosystem will stay as it is in perfect harmony.

When it’s interfered with and large amounts of bugs are wiped out, this causes other problems such as a reduction in the bee populations.

And bees are very important for pollinating plants.

They are also better for your body because they don’t have any unnatural chemicals that interfere with your normal bodily function.

What About Non-Organic Bananas? 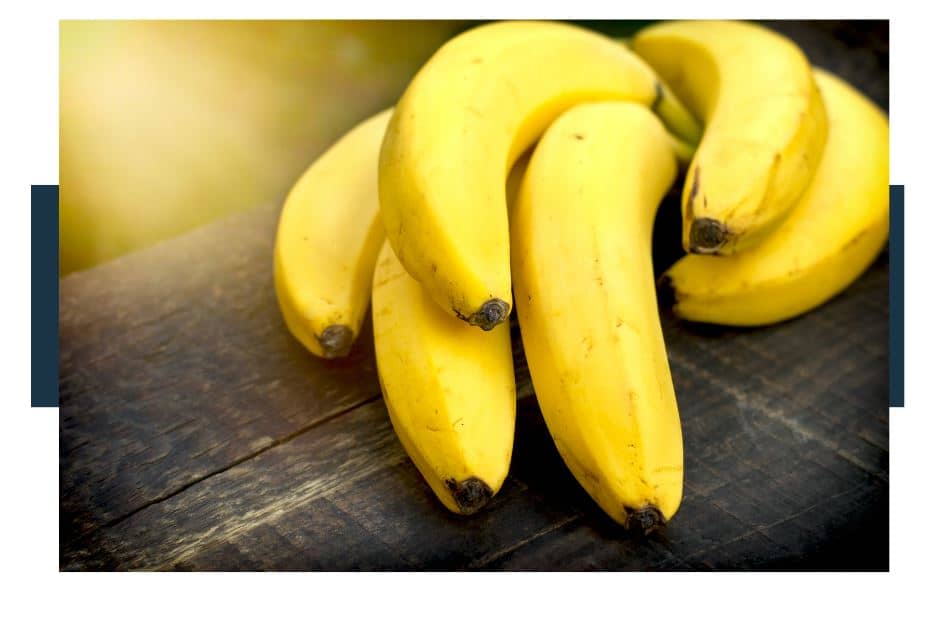 But, this is just short-term, and over time the soil becomes depleted, and farmers have to add more and more chemicals to get the same production, as it unnaturally depletes the soil.

This leads to areas of land that need to be ‘recovered’.

The soil needs to be remediated and left to restore itself, and crops are harder to grow for a time. Large-scale farmers will rotate the land they are using, to allow this to happen.

But, it often happens over a long time, often many years.

In countries where there is a lot of land, and land is very cheap it is easy enough to do this practice. But, when land prices go up, it becomes harder and harder to do.

The objective is to make as much profit from their growing operations.

They also need to produce bananas that look really nice for consumers.

Why Do farmers Choose To Grow Organic or Non-Organic Bananas?

They decide based on supply and demand, and also their understanding of the environment.

For example, as more consumers have become aware that organic fruits and vegetables are better for the environment, they choose to buy certified organic bananas.

They are also willing to spend more to get them because it gives them a positive feeling knowing they are doing the right thing.

But, there is still a market for non-organic bananas, and they are cheaper to produce.

So, some farmers will choose to use chemicals to produce more and better-looking bananas.