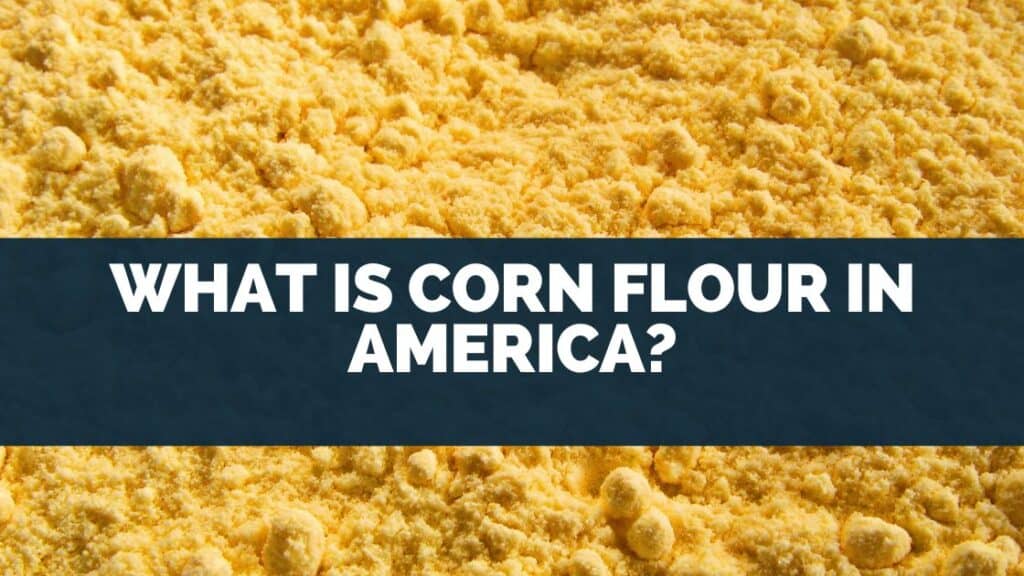 Corn flour is a staple ingredient used in many baking recipes.

While it can be used in place of other types of flour, it has a distinctively sweet flavor that some people find off-putting.

It is a staple ingredient in many American recipes, including cornbread, muffins, pancakes, and biscuits.

It shouldn’t be confused with corn starch, but in the UK and Australia, corn flour actually refers to cornstarch in the US.

Many online retailers sell it, and it can also be made at home by grinding cornmeal in a food processor.

Whether you use it in cooking or not, corn flour is an important part of American culture.

Corn flour is made by grinding dried corn kernels into a fine powder.

The corn kernels are first soaked in water to soften them, and then they are fed into a grinder, where they are quickly broken down into smaller pieces.

As the kernels are ground, the bran and germ are separated from the endosperm, the starchy part of the kernel used to make corn flour.

The bran and germ are typically sold separately as animal feed or used for other purposes, while the endosperm is collected and milled into flour.

Corn flour typically has a finer texture than other types of flour, and it is often used in baking or as a thickening agent.

Go to top
Table Of Contents show
1 Does Cornflour Have Another Name?
2 What Is Cornflour In The UK?
3 Is Corn Flour And Cornstarch The Same?
4 Can You Substitute Corn Flour For Cornstarch?
5 What Corn Is Used For Corn Flour?

Does Cornflour Have Another Name? 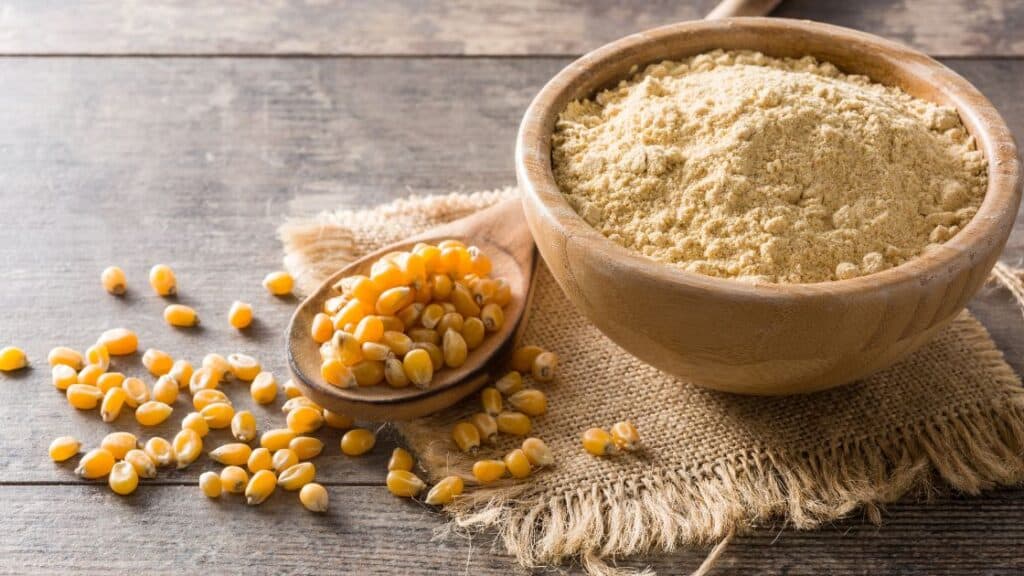 Corn flour is also known as maize flour or, out of the US, simply known as cornstarch.

It is a thickening agent in various soups, sauces, puddings, and pies. It can also be used to make homemade corn tortillas.

Corn flour is a type of flour made from finely ground cornmeal.

It is used in various recipes, including pancakes, muffins, and bread.

Corn flour can also be a thickening agent for soups and sauces.

For best results, corn flour should be combined with other types of flour, such as wheat or rye flour.

When baking with corn flour, it is important to remember that it has a relatively short shelf life and should be used within 3 to 6 months of opening the package.

What Is Cornflour In The UK? 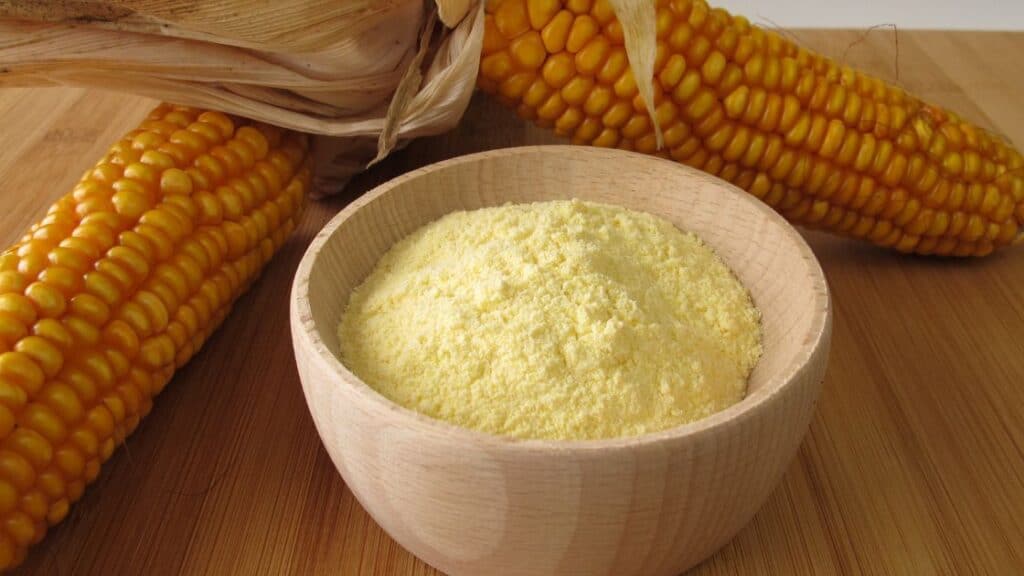 In the UK, corn flour is known as cornstarch.

Corn flour is usually made from the starchy part of yellow or white corn, but it can also be made from blue or purple corn.

The color of the corn does not affect the taste or texture of the flour.

Corn flour is gluten-free, so it is a good thickening agent for people allergic to wheat or other grains.

It is also a good choice for people on a low-carb diet.

When shopping for cornflour, look for a finely milled brand and free from lumps.

Corn flour can be stored in an airtight container in a cool, dry place for up to six months.

Is Corn Flour And Cornstarch The Same? 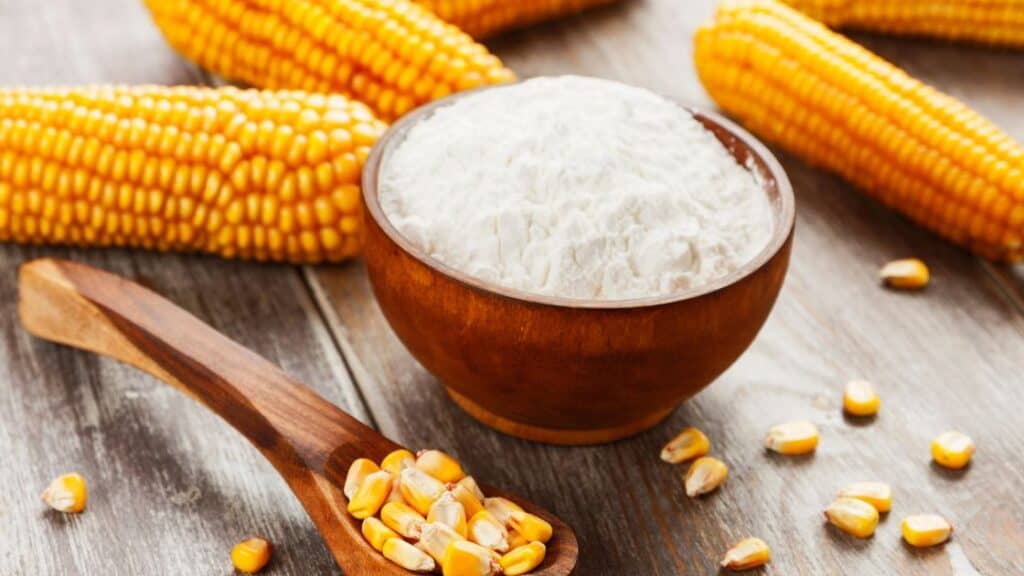 Though corn flour and cornstarch are derived from the same plant, they are quite different.

This difference in production results in some key differences in taste, texture, and nutrition.

Corn flour has a bit of a nutty flavor and a coarse texture, while cornstarch is virtually flavorless and has a silky smooth texture.

Corn flour is also richer in fiber and other nutrients, while cornstarch is mostly composed of carbs.

So, while both can be used as thickeners, they should not be used interchangeably.

Depending on your recipe, one or the other will produce superior results.

The bran and germ of the kernels contain most of the nutrition in corn.

Due to its absence of germ and bran, cornstarch is nearly tasteless compared to cornmeal or corn flour.

Cornstarch will also be lacking in the nutrients that corn flour has.

Commercial cornstarch has a very low nutrient profile, is low in fiber, protein, fat, and vitamins, and has a calorie count of 488 per cup.

Because cornstarch lacks nutritional value, so its health benefits are limited.

Increasing your calorie intake with cornstarch is possible if you are an underweight person or a weight trainer trying to gain weight as quickly as possible.

As your digestive system digests carbohydrates, glucose is produced, which your body burns for energy.

It is more rapidly converted into energy than whole-grain carbohydrates because cornstarch contains no fiber, fat, or protein.

Cornstarch also has the benefit of being gluten-free.

As a result, it may be used as a substitute for wheat flour by individuals who suffer from celiac disease or other forms of gluten intolerance.

Cornstarch will cause a spike in blood glucose levels due to its lack of fiber, protein, and fat to slow down the conversion of carbohydrates into blood glucose.

Consuming starches increases the risk of type 2 diabetes, whereas eating fiber lowers the risk, according to a December 2015 study published in the American Journal of Clinical Nutrition.

Whole corn contains starch, which is necessary for your body to function. Still, it also contains fiber, protein, vitamins, and minerals that can reduce glucose absorption and decrease the risk of vitamin deficiency.

Can You Substitute Corn Flour For Cornstarch? 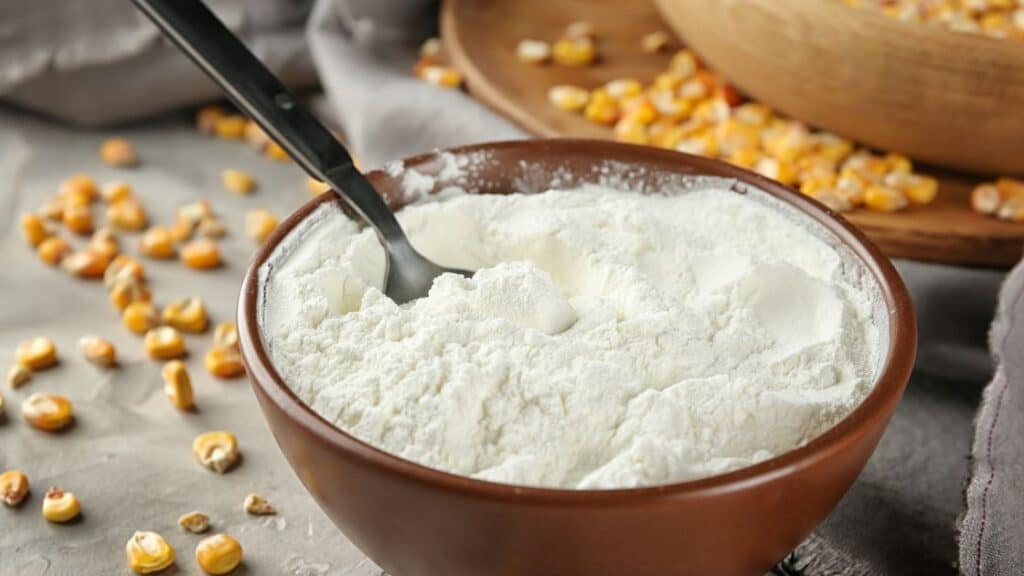 Yes, you can substitute corn flour for cornstarch, although the results may not be exactly the same.

Corn flour is made from the whole grain of corn, while cornstarch is made only from the starchy center of the kernel.

As a result, corn flour contains more fiber and protein than cornstarch.

Additionally, corn flour tends to be coarser and less powdery than cornstarch.

For these reasons, it is best to use corn flour in recipes that call for a rougher texture, such as muffins or cornbread.

Corn flour will thicken a recipe just like cornstarch when substituted in equal proportions, but the final product may be slightly denser and have a more distinct flavor.

What Corn Is Used For Corn Flour? 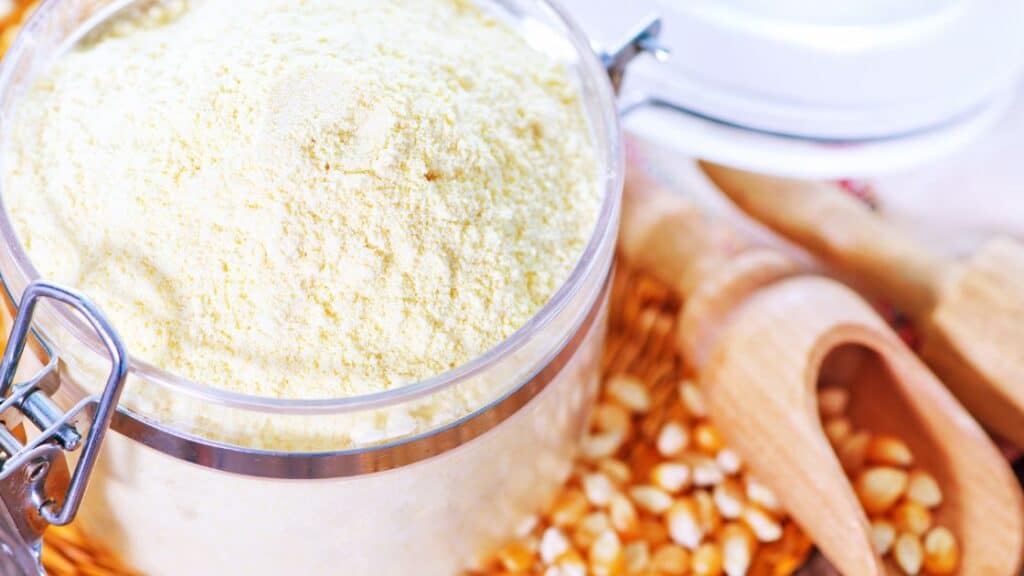 Dried corn is ground into flour by a fine grinder to make corn flour in the United States.

It’s used to make cornbread, tortillas, and other dishes.

In other parts of the world, including Europe and Latin America, corn flour is made from dried yellow dent corn.

Dent corn is a type of maize that gets its name from the small dent or indentation that forms on the kernels when they mature.

Yellow dent corn is one of the most common varieties of dent corn, and it is used to make everything from tortillas to ethanol.

It is also the variety that is most commonly used in animal feed.