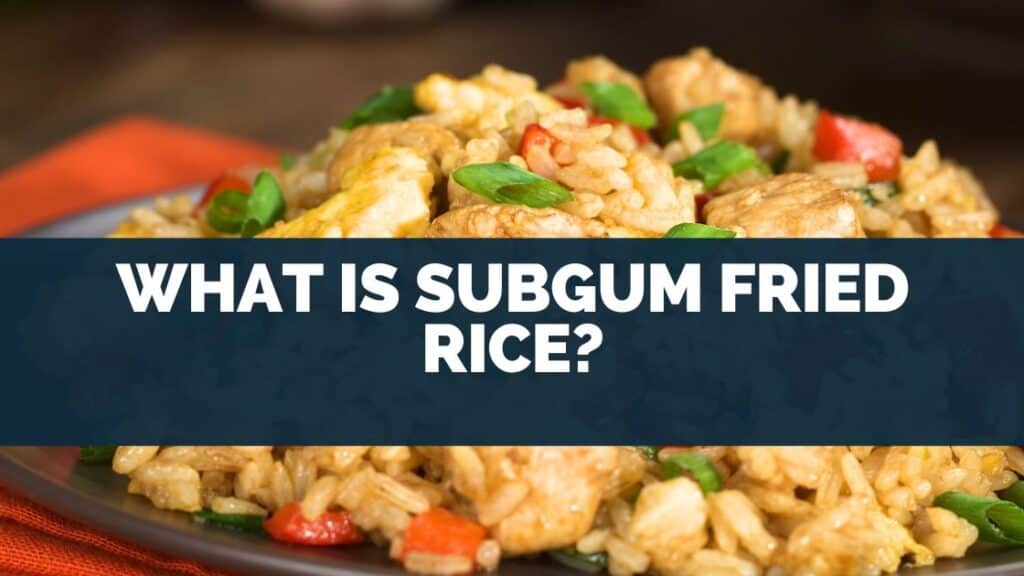 Subgum fried rice is a dish with a long and complex history.

The name itself reflects the many cultures that have influenced its development.

“Subgum” refers to the Cantonese practice of adding small, chopped meats and vegetables to rice dishes.

This culinary tradition was brought to America by Chinese immigrants in the 19th century.

So, what is subgum fried rice, exactly?

Subgum fried rice is a type of Chinese cuisine that typically includes vegetables, meats, and seafood.

The dish get’s its name from a Chinese restaurant menu’s subgum or “mixed” section.

While there are many variations of subgum fried rice, the dish is typically made with white rice, soy sauce, and various chopped vegetables and meats.

The ingredients are stir-fried together in a wok or pan, and the finished dish is often garnished with green onions or sesame seeds.

Subgum fried rice is a popular option at Chinese restaurants, and it can also be made at home using leftover rice and whatever ingredients you have on hand.

“Fried rice” is a nod to the dish’s Indonesian roots; nasi goreng, or fried rice, is popular street food in Jakarta and throughout Indonesia.

The story of subgum fried rice doesn’t end there.

American culture has also influenced the dish, particularly the proliferation of Chinese-American restaurant chains in the mid-20th century.

Today, subgum fried rice is a beloved staple of Chinese-American cuisine, enjoyed by people from all walks of life.

A side dish, subgum fried wonton, is a dish that is popular in Chinese cuisine.

It is made with wonton wrappers filled with various fillings, including meats, vegetables, and spices.

The wontons are then fried until they are crispy and golden brown.

Subgum fried wonton is typically served with a dipping sauce, such as soy sauce or hoisin sauce.

Go to top
Table Of Contents hide
1 What Does Subgum Mean In The Chinese Menu?
2 What’s The Difference Between Chow Mein And Subgum?

What Does Subgum Mean In The Chinese Menu? 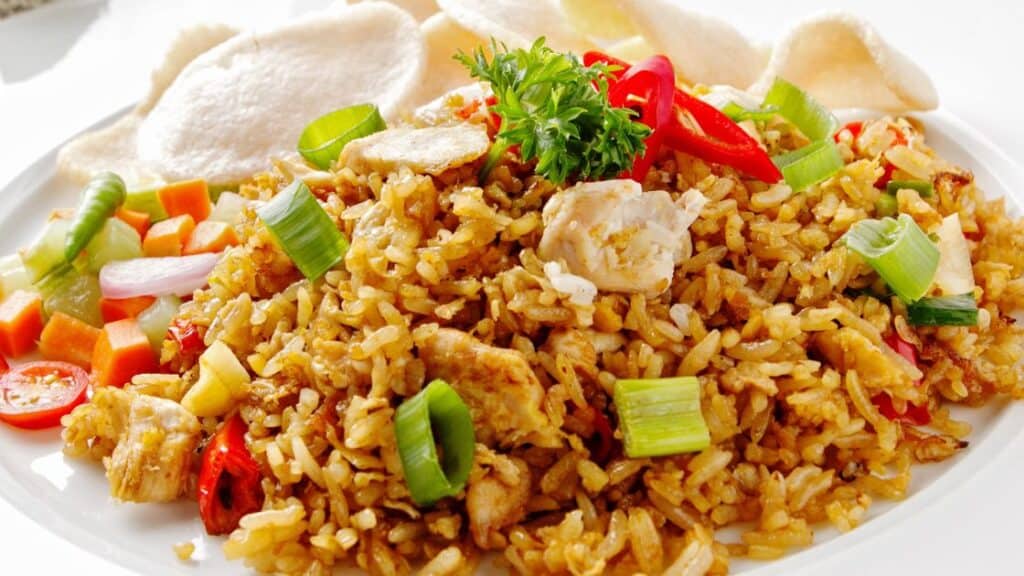 Subgum is a popular dish on Chinese restaurant menus, but what does it actually mean?

The term subgum refers to a mix of ingredients, typically including meat, vegetables, and rice.

The word itself comes from the Cantonese word for “mixed,” and it’s thought to have originated in Guangzhou.

These days, subgum is often served as a lunch or dinner entrée, and it can be made with nearly any combination of ingredients.

Subgum is a great option whether you’re looking for a hearty dish or something light and healthy.

So don’t be afraid to try it the next time you see it on a menu.

China may be the birthplace of subgum fried rice, but this dish has become popular worldwide.

In fact, it can be found on menus in countries as far-flung as Thailand, Malaysia, and the United States.

The dish is often made with leftover rice that is stir-fried with meat and vegetables.

This combination of flavors and textures makes for a hearty and satisfying meal.

Whether you’re looking for a quick lunch or a cheap and easy dinner, subgum fried rice is a great option.

Subgum fried rice is delicious and an easy-to-make dish that can be enjoyed any time of day.

To make it, simply sautee your favorite vegetables in oil until they are tender.

Then, add cooked rice and stir to combine. Finally, top with a tasty subgum sauce.

The following recipes are all variations on this basic dish that is sure to please any palate.

Try adding chicken or shrimp to your subgum fried rice for a hearty and filling meal.

Both proteins pair well with the veggies and rice, and the shrimp will add a bit of extra flavor.

If you’re looking for something a little lighter, substitute tofu for the meat.

This will still give you plenty of protein, but it will be lower in calories.

And for a truly unique twist, try using quinoa instead of rice.

The nutty flavor of quinoa pairs perfectly with the vegetables and sauce, making for a truly memorable meal.

No matter what ingredients you choose, subgum fried rice will become a new family favorite.

What’s The Difference Between Chow Mein And Subgum? 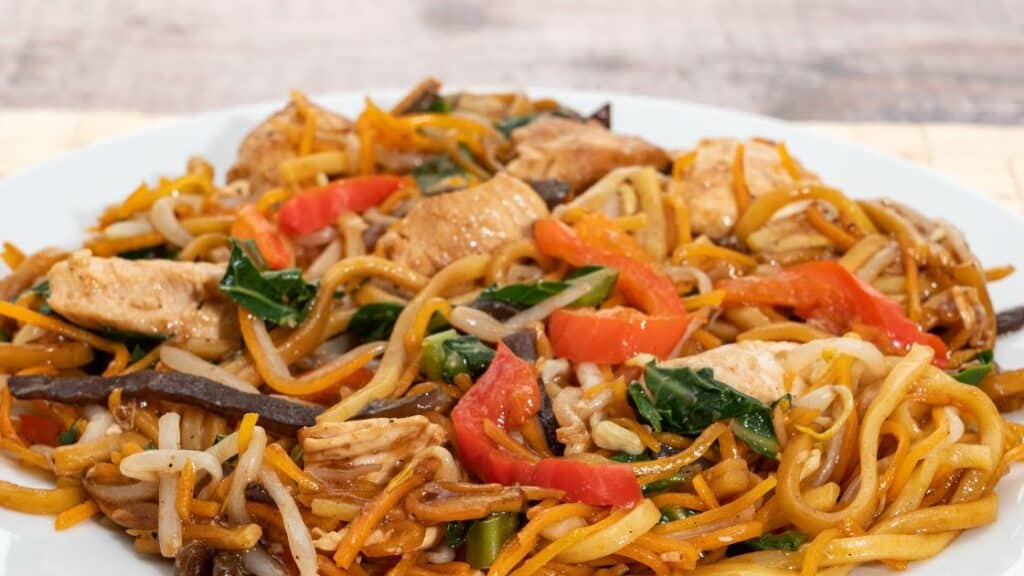 For starters, chow mein is typically made with egg noodles, while subgum is made with rice noodles.

Chow mein also usually includes a variety of vegetables, while subgum typically only has a few ingredients.

In terms of flavor, chow mein is typically more savory, while subgum is more sweet and sour.

Chow mein is a delicious and versatile dish that can be enjoyed in many different ways.

One simple way to enjoy chow mein is to top it with your favorite vegetables and serve it with a side of rice.

Another option is to add chicken or shrimp to the chow mein for a heartier meal.

Simply sauté your favorite vegetables in a bit of oil, add the noodles, and heat until warm.

Top with soy sauce and serve.

Whether you’re in the mood for a simple dish or something more substantial, chow mein is a great option.

Chicken subgum is a type of Chinese food typically consisting of chicken, vegetables, and noodles in brown gravy.

It is often served with rice or egg rolls, which can be found on the menu at many Chinese restaurants.

Chicken subgum is believed to have originated in the early 20th century when Chinese immigrants began to open restaurants in the United States.

The dish was likely created as a way to appeal to American customers who were unfamiliar with traditional Chinese cuisine.

Today, it is enjoyed by people of all cultures and backgrounds.