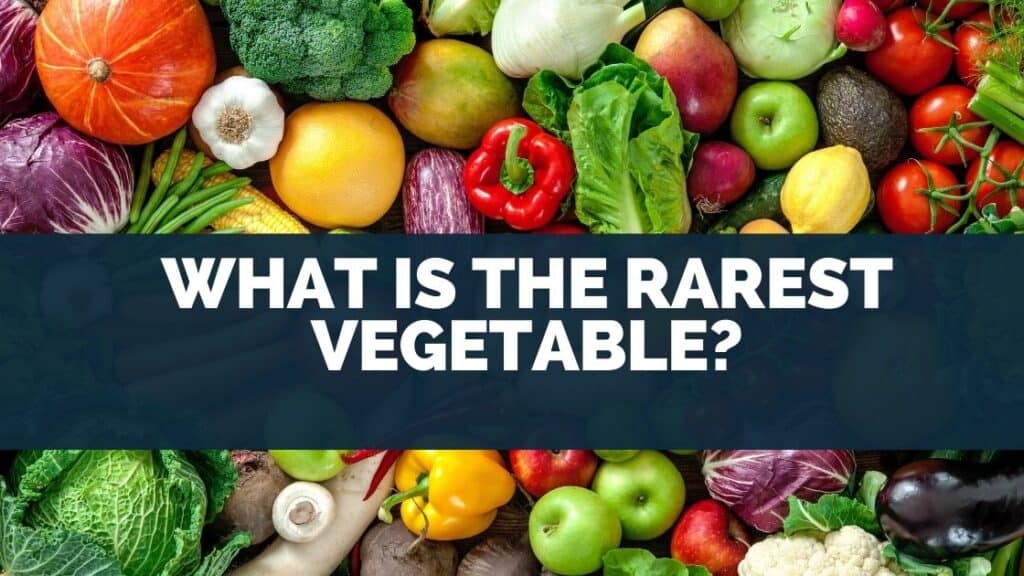 There are a wide array of vegetables, and some fruits are also called vegetables when they are botanically fruits.

Various vegetables are common and easy to find in grocery stores, whereas others aren’t so common.

Today, I’ll explain what the rarest vegetable in the world is.

The rarest vegetable is any vegetable that has recently come into existence as a result of cross pollination as it is the only plant of it’s variety in the world.

This occurs commonly and frequently in nature, and by people creating them by manually cross-pollinating two vegetable varieties.

There are around 400,000 species of plants in the world. Of these only 200 are vegetables and are grown and consumed regularly, and are considered common.

Therefore, there is a huge number that can and do go extinct, as well as many more coming into existence.

What Is the Oldest Vegetable in the World? 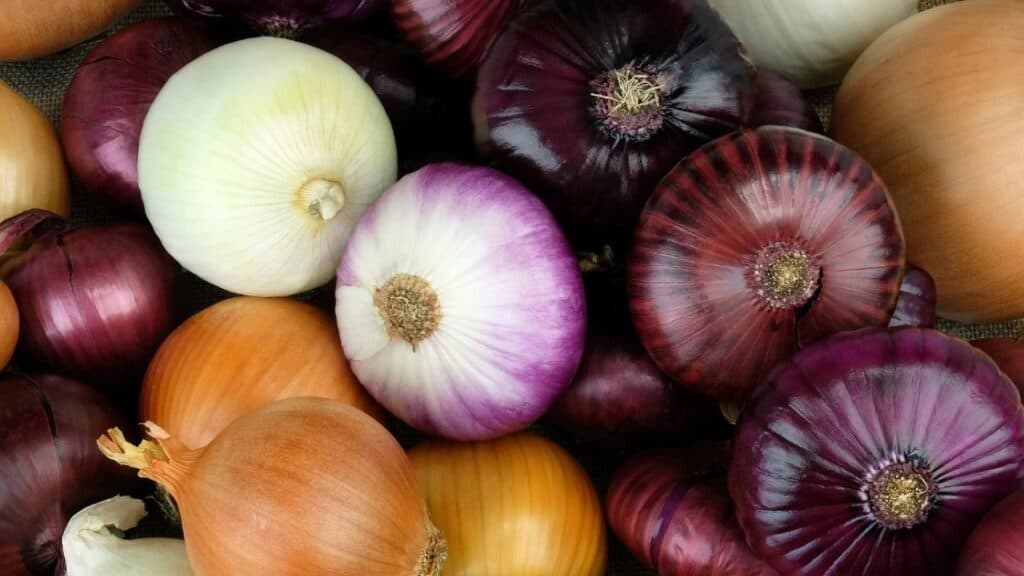 History is only kept by books that have been preserved, as well as, paintings and carvings found in stone.

Because of that, it’s fairly easy to determine the oldest vegetable in the world based on what we’ve found so far. Here’s what it is.

There are 11 vegetables that are considered to be the oldest in the world, they are chards, onions, lentils, cress, garlic, cucumber, gourds, leeks, chickpeas, kale, and sesame seeds.

These vegetables are the first known recording of vegetable cultivation in a region known as the Fertile Crescent.

The region known as the Fertile Crescent is also known as Mesopotamia.

Since then the countries have changed size and shape due to various wars in history and Mesopotamia is now geographically a region on the edges of the countries of Saudi Arabia, Egypt, Iran, Syria, Turkey, and Lebanon.

And covered the entire country of Israel and most of Iraq. This area is generally known as the Middle East.

Prior to cultivating vegetables and still currently and during that time vegetables were harvested as they grew naturally.

Therefore, it’s virtually impossible to narrow down what the oldest vegetables there would have been, multiple different species harvested at the same time, in different parts of the world.

It was purported by scholar and author Jared Diamond that this was the first area of the world where farming practices took place.

And that prior to that all civilizations were hunter-gatherers.

He proposes in his book Guns, Germs, and Steel, that the adoption of farming led to the development of complex societies.

As the surplus of food caused by farming allowed some members of a village or community to dedicate time to the sciences and furthering technology.

In that book, he attempts to answer why some civilizations remained as hunter-gatherers, whereas, others took up farming, and as a result of farming progressed to developing complex industries such as the ability to make steel and guns.

Whereas, other parts of the world remained as hunter-gatherers and only had spears, and bow, and arrows which weren’t as effective in a war.

He cites some interesting examples such as that horses are only native to some parts of the world.

He says that horses are unique to other horse-like animals such as zebras because they have a temperament where they can be tamed.

Whereas, zebras can never be tamed.

Because of that they could be used to aid in cultivating the land.

He also cites Papua New Guinea as one of the first civilizations to develop farming practices.

Other sources cite that the first vegetables in Papua New Guinea to be cultivated are:

These with the vegetables cultivated in Mesopotamia (the Fertile Crescent) were concurrently the oldest vegetables.

As they were all cultivated at the same time.

Rarest Vegetable in the World 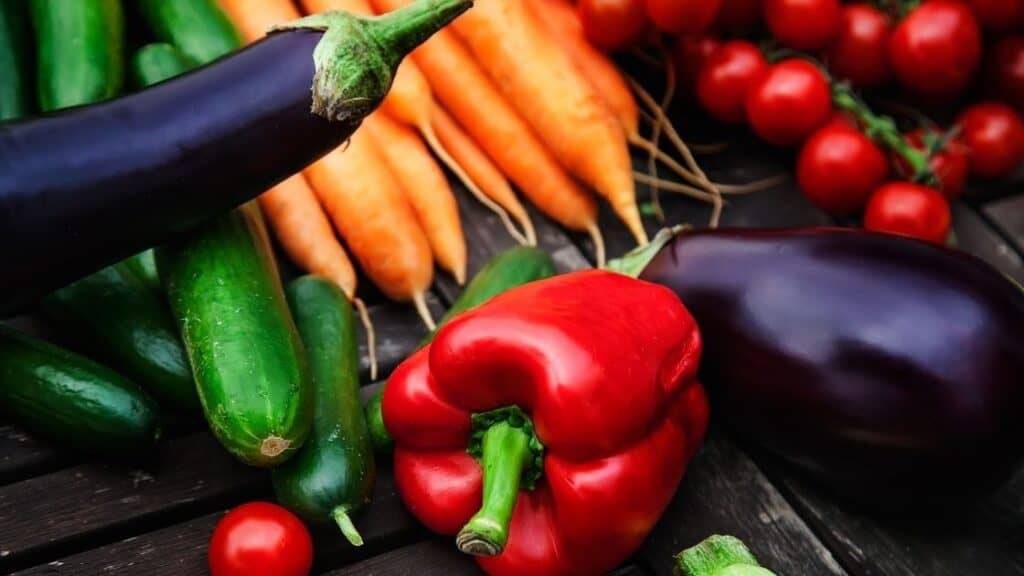 But, there are many that are very obscure and only grown in certain countries.

So, I thought I’d explain what the world’s rarest vegetable is.

There is no one vegetable that is the rarest.

At any one point in time, there are at most 25,000 new species of vegetable species created, of which only one plant exists. 80% of all plants are cross-pollinated and produce different varieties according to the University of Wisconsin.

Estimates are that there is a minimum of around 31,800 species of vegetables.

Therefore, it’s reasonable to estimate that there are 25,000 new vegetable species created within a season.

As the vegetables flower.

Plants can self pollinate but are also pollinated by bees, and the wind.

This occurs when the pollen on the male flowers lands on the flowers of the female flowers.

How new vegetable species are created by cross-pollination?

However, plants that are not the same species can pollinate each other, and a new vegetable is created.

This happens by accident because pollen is dispersed randomly and in a wide area.

It’s generally harder for a species that is different to another to pollinate another species, however, it does occur.

It’s also done by hand to create new and interesting vegetables by botanists.

These new plants are known as hybrids, and the resulting vegetable can be unpredictable in how it looks and tastes.

Examples of hybrid vegetables that have never existed before are:

The process is to cut a male flower from one species of vegetable and rub it on the female flower of another vegetable.

After that the flower is covered with a paper bag.

Or, with larger flowers, it’s tied closed using a piece of string.

Once this is done the fruit that is produced by the plant can be a hybrid that has different characteristics.

Or, seeds are produced and the seeds are planted to see if it has created a hybrid.

But, it’s not always successful, and it can take many tries to create a hybrid.

As you may know, some vegetables produce fruit, whereas others flower and produce seeds.

For example, asparagus grows and if not harvested it produces flowers and then berries.

When cross-pollinating asparagus, the seeds from the berries are collected after they have been rubbed with the flower of a different species of plant.

Especially, when the fruit looks different from what the fruit typically looks like.

Whereas, rocket never produces fruit but does produce flowers.

With rocket and other vegetables that don’t produce fruit the flowers fall off, and then the plant produces seeds.

Therefore, the seeds are collected rather than the fruit, and it can’t be known whether a hybrid has been created until the seeds are planted.

At the time a hybrid vegetable is made it is generally completely unique, and the plants that are grown once a hybrid has been created are the only ones in the world.

Therefore, there are potentially thousands upon thousands of the rarest vegetables in the world.

As only a few and sometimes only one of them exists.

What Is the World’s Rarest Fruit? 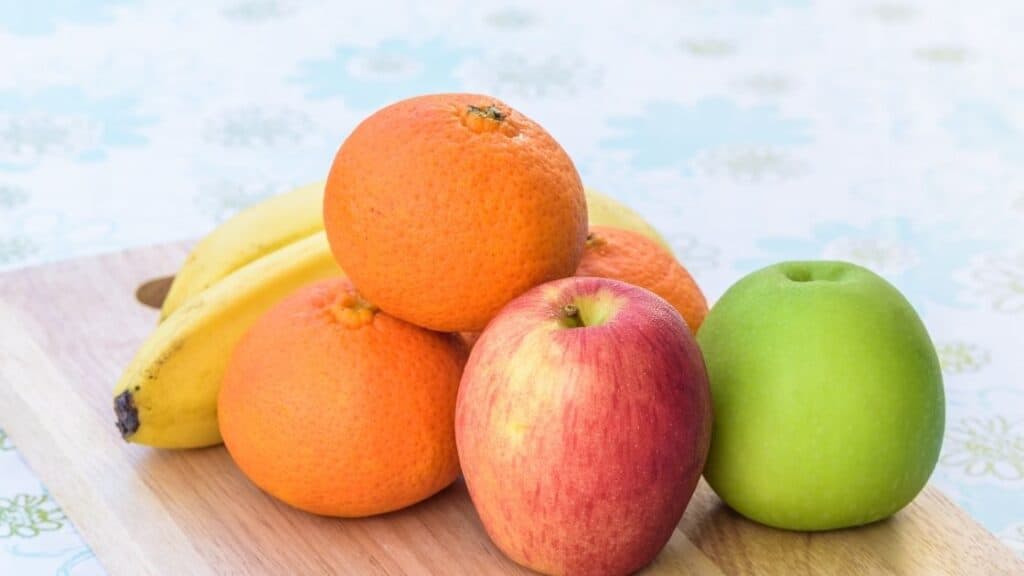 The most consumed fruit in the USA are bananas, apples, and oranges.

Various fruits are particularly uncommon in certain countries and are rarely grown.

So, I researched what the rarest fruit is, and here’s what I found.

There are thousands of fruits that only have one plant or tree, and all are tied for the rarest fruit in the world.

The reason is that cross-pollination occurs naturally 80% of the time in nature which combines two different fruits into a new fruit.

These are known as hybrids.

Hybrids are also created by botanists by hand.

This is different from grafting.

When grafting is successful one tree produces different varieties of fruits but the fruits aren’t unique.

For example, an apple tree can be grafted with pears.

Trees can be grafted multiple times.

Which Is the Oldest Fruit on Earth? 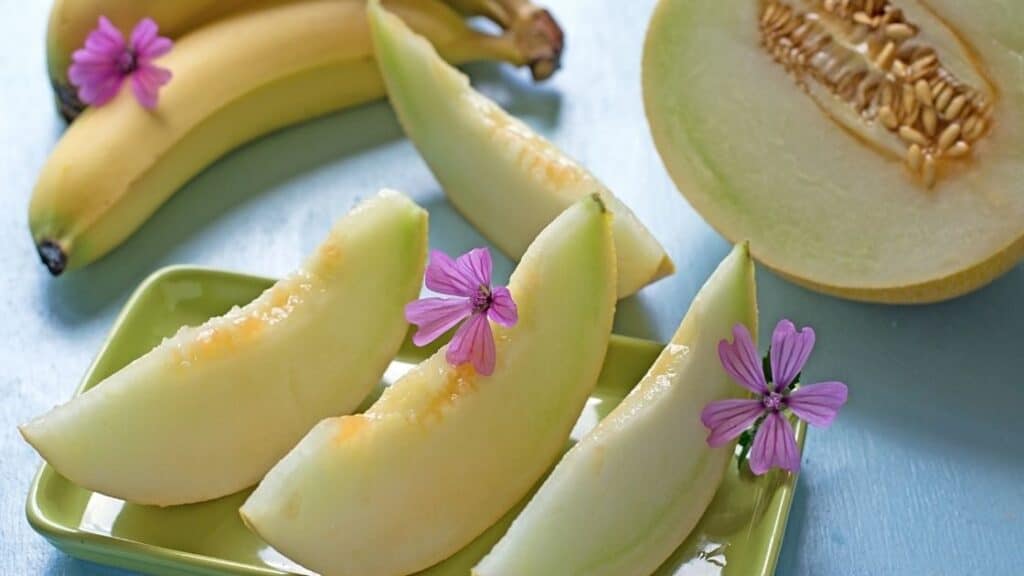 Fruits are enjoyed by most people on a daily basis, and there are many different varieties all with their own unique characteristics.

So, I was curious about what the oldest fruit on earth is.

Here’s what it is.

Melons, dates, and bananas are considered to be the oldest fruit on earth and appeared at the same time in the historical record.

They were grown in The Fertile Crescent also known as Mesopotamia and Papua New Guinea.

Which are known as the first areas where the cultivation of fruits took place.

Before, the written records of the fruits grown in Mesopotamia and Papua New Guinea fruits were harvested from the wild.

It’s likely other fruits were also around at the same time as these, however, these are the first known in recorded history.

In the Christian religion according to the Bible, it was the apple.

As written in the story of Adam and Eve.

But, it’s openly debated whether this is an actual account of the first humans, or whether it is a parable to illustrate spiritual concepts.

It’s stated by Encyclopedia.com that these were grown in a way to shade vegetables from full sun.

Bananas were and are also harvested when unripe, and consumed similar to a root vegetable, as they still are today.

As you may know, green bananas can be boiled in the skin.

The skin is then removed to leave the cooked unripe banana that is starchy and is very similar to starchy vegetables like potato, sweet potato, and taro.

It is not sweet at all.

In some African countries, it’s also sliced thinly and fried.