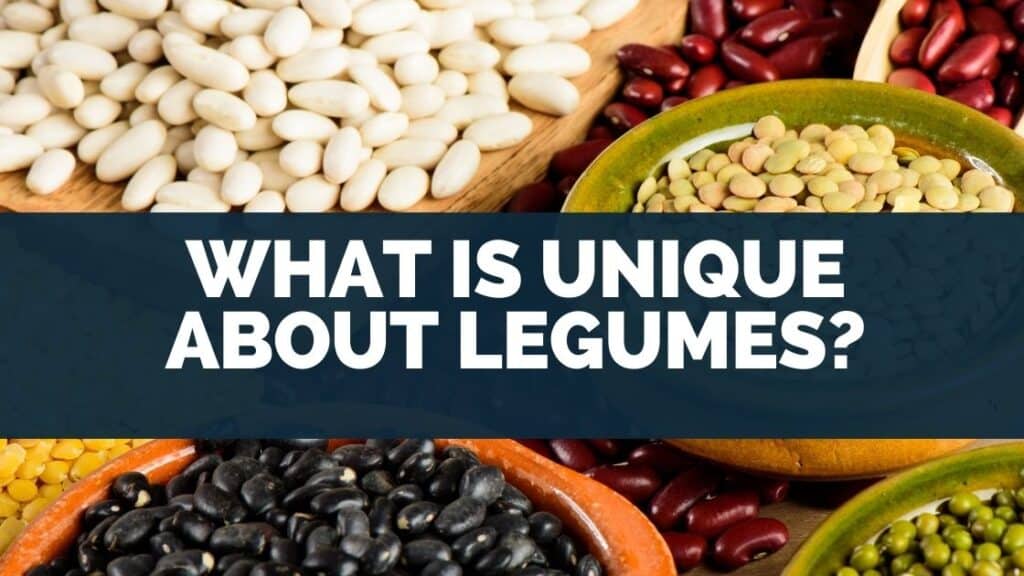 Legumes are the edible parts of a Fabaceae plant. The Fabaceae (or Leguminosae) family has over 20,000 varieties and has been cultivated for thousands of years.

Legumes are an amazing food! Not only are they known to be a superfood packed with heaps of nutrients, but they are also one of the most sustainable sources of protein and an essential crop in agriculture.

What is unique about legumes is the fact they can be found in both the vegetable and protein food groups because of their high nutrient, fiber, and protein content.

They boast numerous health benefits, they are crucial sources of protein and fiber and come jam-packed with the following nutrients:

Legumes also have a low Glycemic Index (GI), a system that places a number from 0 to 100 on food based on how it affects blood sugar levels.

A low number under 55 means that the food is less likely to cause a spike in blood sugar levels.

In addition, legumes are credited with the following health benefits:

Go to top
Table Of Contents hide
1 Which Foods Are Legumes?
2 Why Legumes Are Important Crops?
3 How Do Legumes Benefit Other Plants?
4 Why Are Legumes Important In Agriculture?
4.1 LEGUME FACTS – Did You Know?
5 Conclusion

Which Foods Are Legumes? 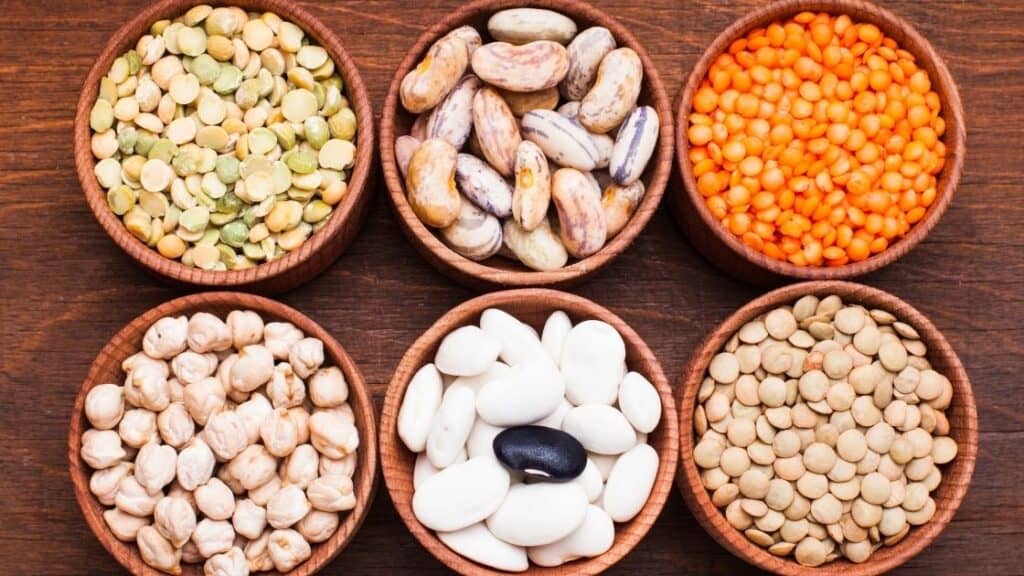 All beans and peas are legumes.

They are called pulses, meaning that they come from the seeds of a Fabaceae plant.

In addition, peanuts, lentils, alfalfa, tamarind, lupins, and clover are all legumes.

Why Legumes Are Important Crops? 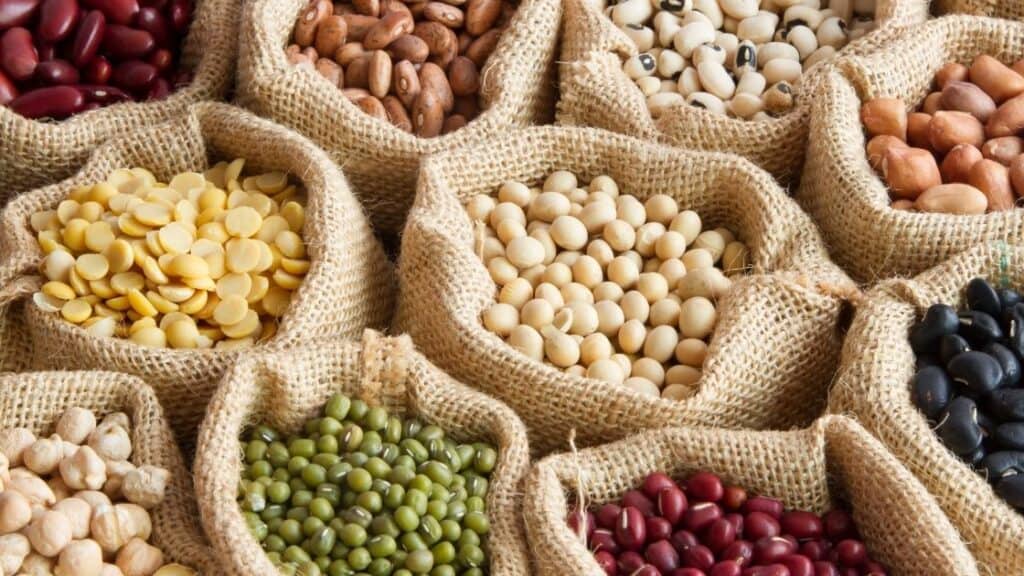 Legumes are one of the most sustainable crops around, requiring less water to grow and releasing up to seven times less greenhouse gas emissions.

Food production places an enormous strain on our resources as the world’s population is as high as its ever been.

Agriculture is one of the most significant contributors to deforestation, climate change, greenhouse gas emissions, freshwater depletion, and environmental contamination.

Different foods have various impacts on the environment, and the animal agriculture industry is the second biggest contributor to pollution, after fuel.

For example, it takes 43 gallons of water to produce a pound of legumes.

In addition, legumes form a symbiotic relationship with the bacteria in the soil and can obtain nitrogen from the ground instead of the air.

This improves the soil quality and keeps neighboring plants happy.

More on that later!

The UN’s FAO (Food and Agriculture Organization) has suggested that growing drought-resistant legumes would benefit dry environments where agriculture might be a challenge.

In addition, legumes can be stored dry for long periods without losing their nutritional value, minimizing food waste.

How Do Legumes Benefit Other Plants? 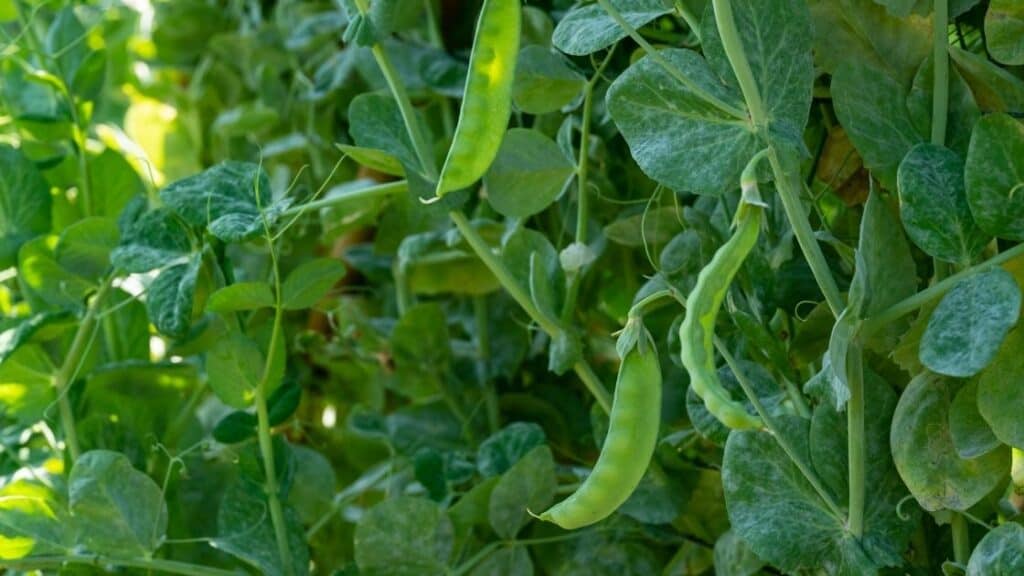 Legume plants team up with the bacteria to add nitrogen to the soil.

This process increases long-term soil fertility, reduces the need for nitrogen fertilizer, and benefits the plants that enjoy the rich soil.

Many farmers know the benefits of rotating legume plants with other crops. Legumes have a symbiotic relationship with rhizobacteria, a bacteria that lives in the soil.

Rhizobacteria have unique properties and can take nitrogen from the air in the soil, feeding the legume plants.

In exchange, these plants give the bacteria carbohydrates.

This symbiotic relationship results in a more nitrogen-rich soil that will benefit the next crop planted and keep the land rich and fertile for agriculture.

The nitrogen is stored mainly in the roots and nodules of a legume plant.

After harvest, these roots eventually decompose and release the nitrogen back into the soil, benefiting the next crop.

It has been recorded that wheat planted after a legume crop enjoyed higher yields and protein levels.

Here are some other ways that legumes benefit the soil quality:

Increasing soil organic matter – Most crop residues from the season leave behind more carbon than nitrogen.

Legumes leave high levels of nitrogen which in turn encourages the decomposition of crop residue.

Helps the soil breathe – Legume plants have long roots of about six to 8 feet.

Nitrogen-rich soil encourages earthworms to move in and make burrows. The roots and burrows aerate the soil and promote circulation.

Fights pests – A legume crop has been known to reduce weeds, insects, and diseases.

This lessens the need for pesticides in the next crop.

Recycles nitrogen – Because of its deep roots, land that legumes are grown on remains nitrogen-rich for many seasons, benefiting all subsequent crops planted on the same land.

Improves soil stability – The protein, roots, and the additional nitrogen work together to bind the soil into a more stable structure, reducing erosion and crusting.

Crusted soil is detrimental to new crops, preventing seedlings from emerging and increasing the risk of erosion.

Balances other crops – Other crops like wheat or corn have carbon-rich crop residue.

A biennial or annual legume crop can balance out other crops and contribute to greater diversity in the soil’s nutrients.

Lowers pH of the soil – Because legumes produce nitrogen, the net pH of the soil is lowered. A lower pH promotes more microbial activity and allows for better growth and development.

Why Are Legumes Important In Agriculture? 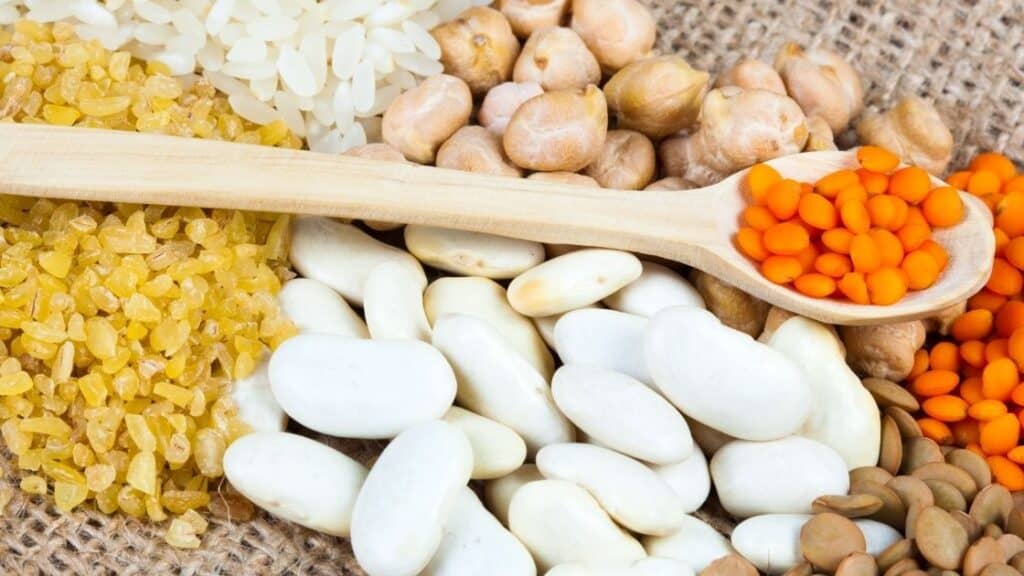 Legumes have been cultivated for tens of thousands of years.

As the global population rises, it is more critical than ever to ensure food security for the growing population.

Could legumes be the answer to fixing world hunger?

With 690 million people currently suffering from malnutrition and hunger, legumes are an excellent plant-based protein choice.

Storing dried legumes for long periods does not cause any depletion of nutrients.

Animal agriculture is one of the biggest polluting industries after fuel. The greenhouse gas emissions of the industry are more than the emissions from all vehicles worldwide!

The FAO estimates that 14.5% of greenhouse gas emissions are attributed to the livestock sector.

This particularly benefits crops planted on the same land in rotation with legumes.

Intercropping is a system of planting two or more crops within the same area simultaneously.

Neighboring crops get to enjoy the richer soil that legume plants provide, reduce the need for pest control, and increase yield.

A study on an intercrop of wheat and chickpea found a 70% reduction in weeds. (Source)

Unfortunately, the widespread use of synthetic nitrogen fertilizer has led to a significant decrease in legume cultivation.

With the exception of soybeans, the global supply of legumes started to decrease.

LEGUME FACTS – Did You Know?

Not only are legumes a superfood with a plethora of health benefits, but they are also proven to be good for the environment and consume minimal resources in their cultivation.

Enjoy legumes and know you are doing your part in living a more sustainable lifestyle!