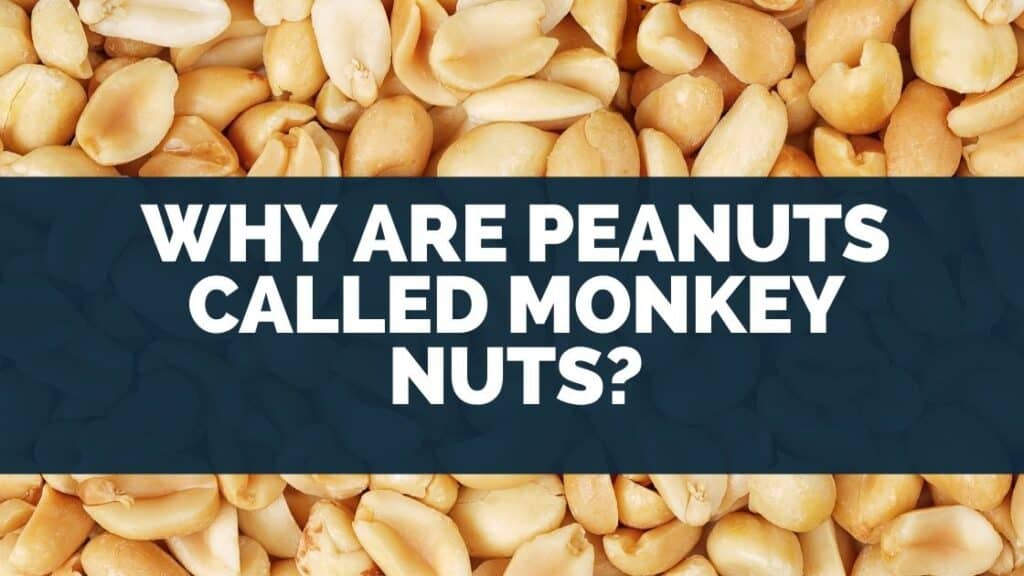 If you don’t live in the UK, you may have never heard of monkey nuts.

You might be surprised to know that monkey nuts are peanuts, but not all kinds of peanuts.

So why are peanuts are called monkey nuts?

Peanuts are called monkey nuts because the British used to refer to raw peanuts in their unbroken shells as monkey nuts, as people used to feed zoo monkeys the peanuts in shells and watch them break the shells and eat the nuts.

Another explanation is that monkeys eat peanuts in the wild.

This post will talk about monkey nuts, how they’re different from peanuts, and their health benefits. So let’s get cracking!

Go to top
Table Of Contents show
1 How Monkey Nuts Got Their Name?
2 Are Monkey Nuts and Peanuts the Same Thing?
3 How Healthy Are Monkey Nuts?
3.1 Low Carb
3.2 Helps With Weight Loss
3.3 Fights Alzheimer’s
3.4 Heart-Friendly
3.5 Prevents Diabetes
3.6 Prevents Gallstones
3.7 Rich in Protein
3.8 Allergies and Side Effects
4 How Many Monkey Nuts per Day?
5 How Many Calories Are There in Shelled Monkey Nuts?
6 Conclusion

How Monkey Nuts Got Their Name? 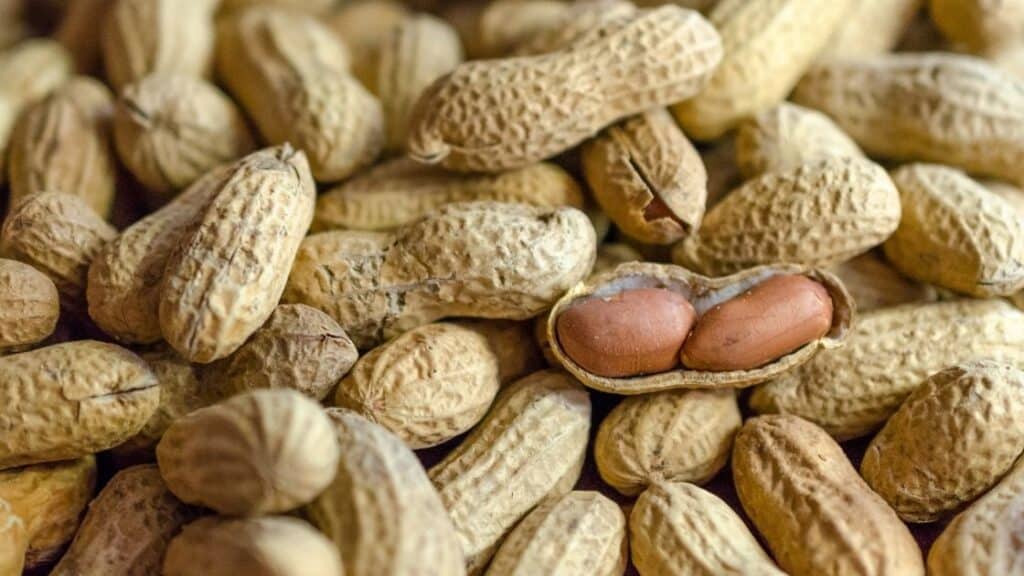 Peanuts and monkey nuts are one in the same, and in fact, peanuts have had many different names over the years.

Monkey nuts is a slang term used to refer to peanuts still in their shells, mainly in the UK.

According to dictionary.com, this word first came to use around 1875-80, but there’s no evidence regarding the origins or reasons for this use.

One explanation could be that monkeys like peanuts and eat lots of them in the wild.

However, this explanation may not be the only one since the term has been around for more than a century.

Are Monkey Nuts and Peanuts the Same Thing? 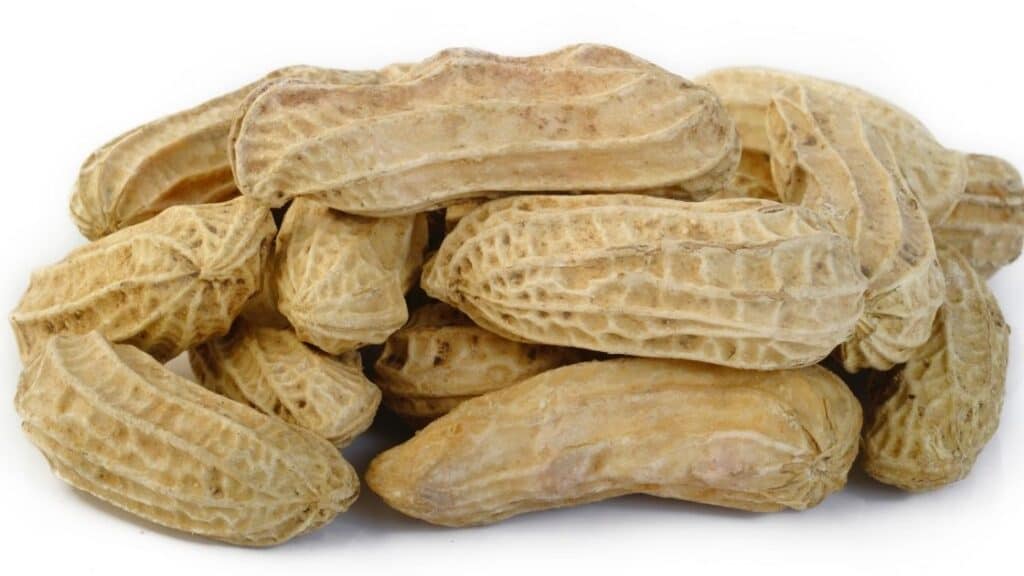 Monkey nuts and peanuts are the same things with only one small difference: monkey nuts are peanuts in their unbroken shells, which might explain why the British coined the term monkey nuts because they watched monkeys at the zoos breaking the shells to get the peanut out.

“Peanut” refers to the nut when it comes out of the shell, sold either raw or roasted.

Interestingly, peanuts aren’t a nut in the botanical sense, but rather legumes, yet they are treated like nuts in the culinary sense.

It’s also called earthnut because it grows under the ground.

How Healthy Are Monkey Nuts? 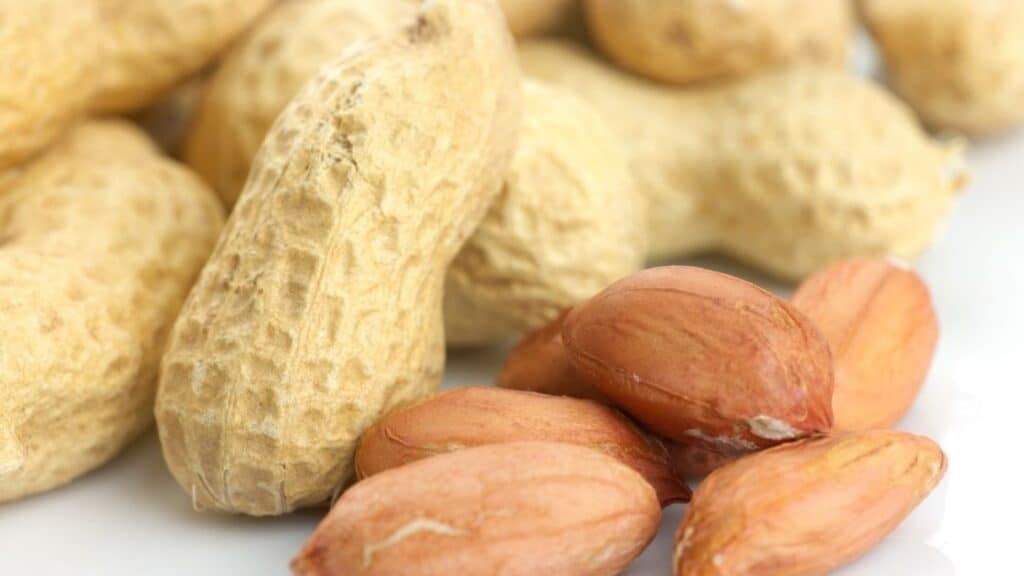 You may think since peanuts aren’t a true nut, they don’t have the same nutritional values as walnuts or almonds.

But, according to WebMD, peanuts are rich in magnesium, copper, vitamin E, biotin, niacin, thiamin, phosphorus, Folate, and Arginine. A ¼ cup serving of peanuts contains nine grams of protein, three grams of fiber, and one gram of sugar.

Monkey nuts are healthier than regular peanuts because many nutritional elements, such as polyphenols, which fight diseases like cancer, can be found in the skin.

Based on the health benefits of peanut skins, monkey nuts might be the healthiest form of peanuts because they contain the skin and are in their raw form.

But this doesn’t mean that roasted peanuts aren’t healthy.

Studies have shown that bioactive compounds, such as phenolic acids, resveratrol, flavonoids, and phytosterols, rise with roasting, which can greatly prevent diseases and lead to increased longevity.

Here are some benefits of monkey nuts:

The Glycemic index refers to a point scale showing increases in blood sugar and insulin levels after eating foods containing carbs, and monkey nuts have a low glycemic index due to the low carbohydrate levels.

There are only six grams of carbs in one ounce of peanuts with only one gram of natural sugars and two grams of dietary fiber.

That means it doesn’t raise your blood sugar levels, making it a healthy snack for people with diabetes and those on a diet.

It’s especially a keto-friendly food as it contains low carbs and a low glycemic index.

Many observational studies suggest that peanuts can help with losing weight despite being rich in fats.

They can help you eat less because they’re filling and prevent food cravings, and peanuts have high levels of protein and monosaturated fats, which can raise calorie-burning rates.

Another factor that makes peanuts an excellent option for weight loss is their insoluble fiber content, which lowers weight gain chances.

Since peanuts contain high levels of vitamin E, they may help reduce the risks of Alzheimer’s disease.

Some studies have suggested that vitamin E and other antioxidants may help prevent oxidative stress that leads to Alzheimer’s disease, and these anti-inflammatory compounds may help increase brain health and reduce cognitive decline.

Peanuts have high levels of fat, making them classified as oilseed, as the oil that comes from peanuts is suitable for frying with a smoke point of 225 degrees C (437 degrees F).

Peanut oil has high levels of phytosterols, which prevent cholesterol absorption from the digestive tract.

It also helps prevent heart disease due to the high content of heart-friendly nutrients such as magnesium, copper, oleic acid, and resveratrol.

Since they have high levels of heart-healthy fats, which make up 80% of their fat profile, peanuts have low amounts of saturated and trans fats, which is why peanuts and peanut oil can be great additions to your diet to reduce inflammation caused by unhealthy fats.

The high magnesium content of peanuts makes them a great source for fighting metabolic syndrome and insulin resistance.

According to some studies, low magnesium intake can increase the risks of type 2 diabetes.

Another interesting benefit of peanuts is that, according to observational studies, they may help prevent gallstones.

Although there should be more research to prove this effect, it could be due to the higher fat benefits of peanuts.

High levels of carbohydrates and low-fat levels are responsible for gallstones, which can be prevented by eating peanuts and other nuts high in fat.

With 25 grams of protein per 100 grams of serving, peanuts are rich in plant-based protein, as they contain all 20 amino acids, with considerable amounts of arginine, which is a vital protein with many benefits in wound healing, kidney health, immune and hormonal functions, and blood vessel dilations and contractions.

It also contributes to heart health by improving circulation.

These two amino acids are responsible for the allergies caused by peanuts and their products.

Allergies and Side Effects

In the US, more people are allergic to peanuts than any other food.

The allergy can be mild, severe, and even life-threatening, with symptoms ranging from itchy skin, nausea, and hives to anaphylaxis.

Anaphylaxis can cause reactions such as chest pain, trouble breathing, seizure, tongue swelling, drowsiness, and dizziness.

Peanut allergies may sound terrifying, especially for parents with children allergic to peanuts.

However, new guidelines from the American Academy of Allergy, Asthma, and Immunology suggest that parents introduce peanuts into children’s diet as infants to make their bodies familiar with peanuts and prevent allergies.

In addition to allergies, peanuts can prevent nutrient absorption in your body due to the antinutrients they contain.

One of the most important antinutrients is phytic acid, which reduces the peanuts’ nutritional value by lowering iron and zinc levels in peanuts.

However, this feature can’t make peanuts unhealthy as long as you have a well-balanced diet.

You can compensate for iron and zinc by eating meat or other iron-rich foods.

How Many Monkey Nuts per Day? 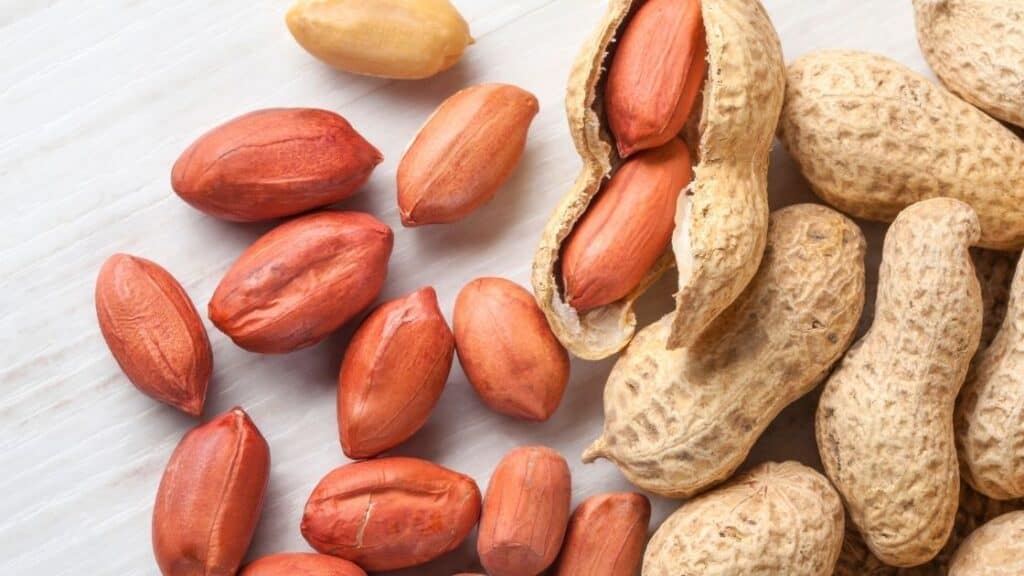 How many monkey nuts per day will depend on your recommended daily caloric intake.

However, you should eat fewer roasted and salted peanuts and more monkey nuts in general, which are unsalted and raw.

Although peanuts are very healthy, it’s better to eat them in moderation.

Eating too many peanuts can have adverse effects on your health.

For example, the beneficial resveratrol can impair your blood’s clotting capacities if consumed excessively, which is dangerous for people who take blood-thinning medicines like warfarin.

Plus, since peanuts are high in calories, eating too many peanuts can lead to increased calorie intakes, which might help you hit your daily calorie limits quickly.

According to the guidelines provided by the US Department of Health, the recommended daily intake of nuts, including peanuts, is five ounces a week for a 2000 calorie diet.

How Many Calories Are There in Shelled Monkey Nuts? 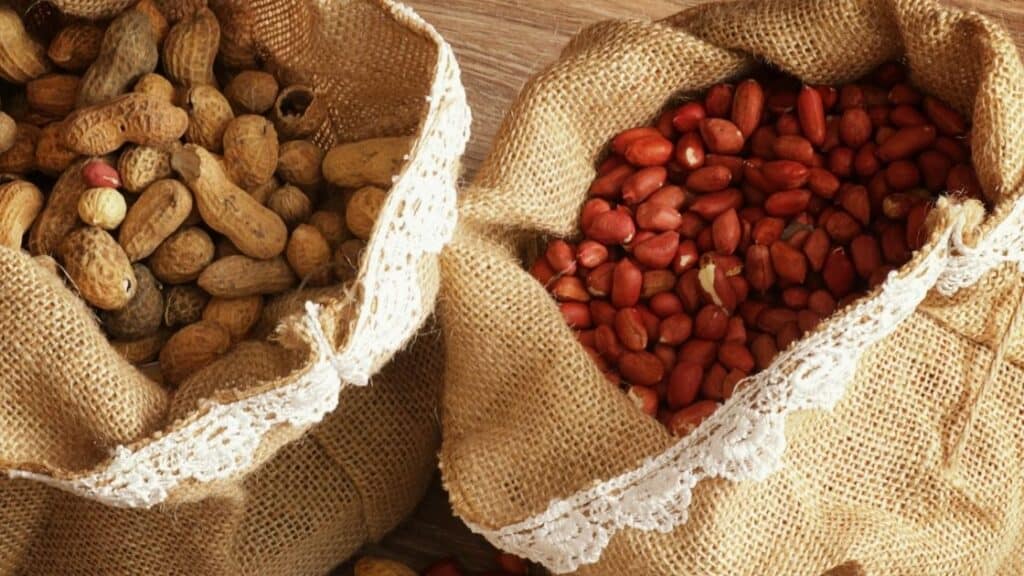 In general, peanuts are high-calorie nuts, as one ounce (28 grams, roughly equal to 28 peanuts) of peanuts has 165 calories, making up about 9% of a 2000-calorie diet’s daily allowance.

If you eat other byproducts of peanuts, such as peanut butter or roasted peanuts, the calorie levels may increase due to added ingredients, including fat or honey.

Monkey nuts are the raw, unsalted peanuts in their unbroken shells.

There’s no specific reason why the British use this term, but it could come from the old times when people fed monkeys in zoos with these peanuts.

Whatever the reason, monkey nuts are no different from peanuts.

They’re the healthiest form of peanuts because they’re raw, unsalted, and have a papery skin that contains many healthy nutrients.