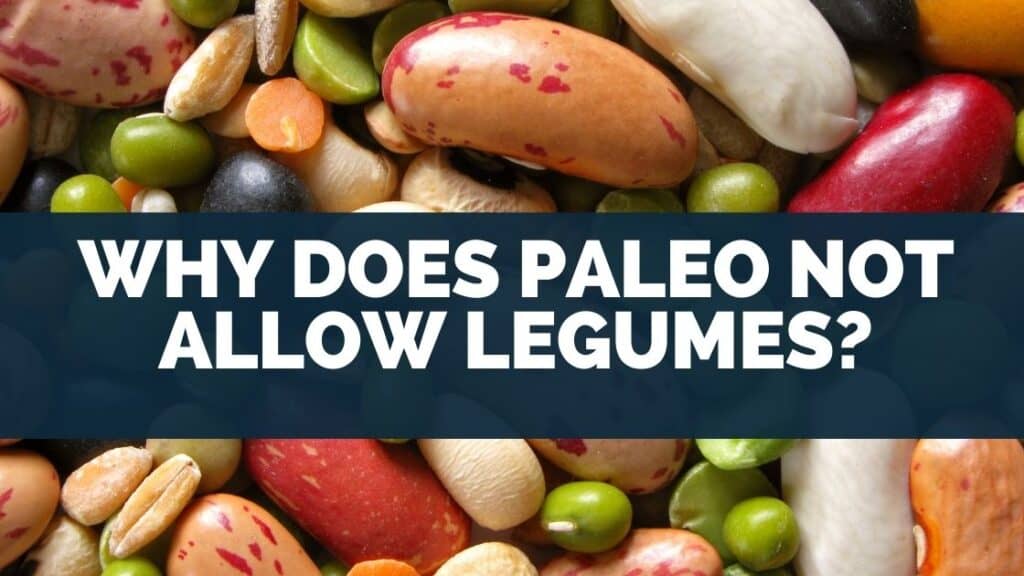 Paleo does not allow legumes due to the high lectin and phytic acid content.

The Paleo diet is based on the principles that modern eating habits are the reason for many health problems.

Foods that are relatively new to human beings are seen as being harmful to the human body.

The Paleo diet is sometimes referred to as the ancestral diet.

This is because it focuses on eating the way our ancestors ate.

According to archaeological findings, our ancestors did not develop many of the chronic diseases we see today.

In many first-world countries, chronic diseases have reached an all-time high.

Supporters of the paleo diet credit our modern food habits as the cause.

It is believed that by not living or eating the way our ancestors did, our genes and our food choices are not aligned.

This leads to the epidemic of chronic disease that we see today.

To combat this, proponents of the Paleo diet recommend an ancestral way of eating to give the body and mind the nourishment it needs.

Of course, not everyone around the world has the same ancestors.

In certain areas, some foods were accessible and easily available and others were not.

There are however several key foods that were present in this way of eating.

Our ancestors were hunters and gatherers.

They ate meat, fish, and fruit they could pick. They did not consume legumes.

For this reason, it is believed that legumes should not be consumed on a Paleo diet.

The high-antioxidant and fibre content in legumes make them a health food for many but not on the Paleo diet.

The Paleo diet views legumes as having anti-nutrients and should therefore be avoided.

Go to top
Table Of Contents show
1 What’s the deal with anti-nutrients?
2 Is there a way to consume legumes on a Paleo diet?
3 Are green beans Paleo?
4 Are green peas allowed on a Paleo diet?
5 Are snow peas Paleo?
6 Are split peas inflammatory?

What’s the deal with anti-nutrients? 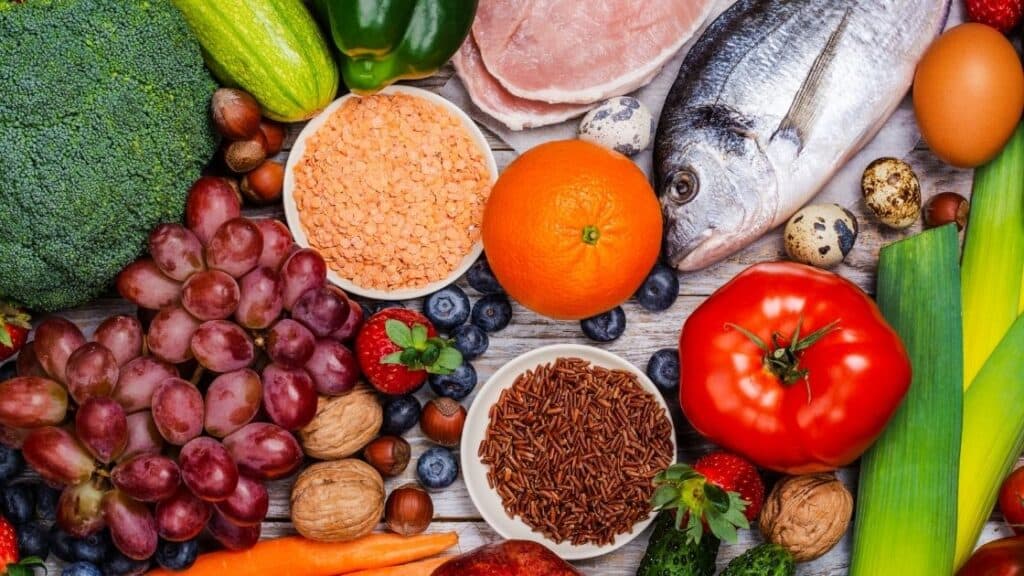 Anti-nutrients essentially prevent the proper absorption of nutrients from food.

You might not have come across the phrase “anti-nutrients” before.

So, let’s break it down.

As well as not being seen as being compatible with an ancestral diet because our ancestors did not consume legumes, they also contain lectins and phytic acid.

The lectins and phytic acid present in legumes are seen as anti-nutrients because they inhibit the proper absorption of nutrients.

Paleo advocates maintain that the lectins in legumes are harmful.

Many foods contain lectins however some lectins are deemed as being toxic.

Legumes have a fairly high concentration of these two lectins.

The lectins in legumes is said to damage the intestinal wall, leading to a leaky gut and contributing to digestive and autoimmune problems.

These lectins can damage or kill the cells lining our intestines or they cause space to open between the cells in our gut.

Lectins are a type of protein believed to promote an inflammatory response in the body.

It is this inflammation that is seen as the cause of conditions such as asthma or Crohn’s disease.

Lectins are proteins that bind to carbs, making them difficult to digest.

Phytic acid is found in all plant foods, typically in the seed.

Phytic acid binds to minerals and helps the plant store them for the seed to use later.

When seeds germinate, they use these minerals to grow.

For plants, this is great however for humans the minerals caught up in the phytic acid are not bioavailable.

Phytic acid reduces the production of digestive enzymes which means that foods that contain phytic acid are much more difficult to digest.

People who have issues producing digestive enzymes may find that consuming foods with phytic acid exacerbate their health issues.

The ancestral diet is focused on consuming nutrient-dense bioavailable foods.

Foods that have “anti-nutrients” and that damage the gut lining are seen as causing more harm than good.

Is there a way to consume legumes on a Paleo diet? 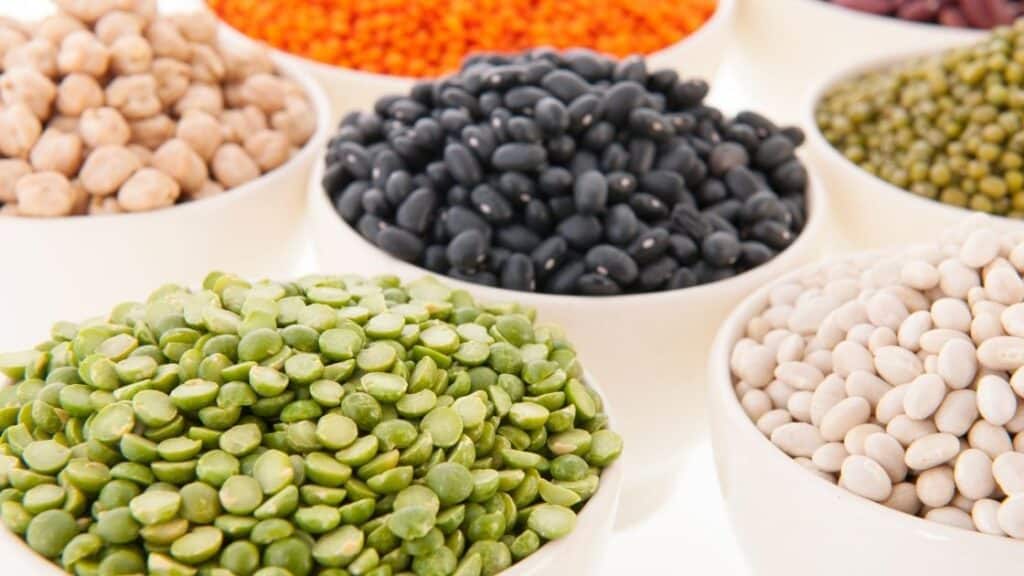 Yes, through cooking methods such as soaking or fermenting, legumes can be consumed in small amounts.

In many Asian cultures, there tend to be fewer diseases stemming from traditional foods.

This is attributed to the way the foods are prepared.

If you are tolerant of legumes and lectins or phytic acid don’t threaten to cause an autoimmune flare-up, you can enjoy them in small amounts.

Soaking legumes can help reduce the phytic acid but does not completely get rid of it.

Sprouting is very effective as it reduces the phytic acid by 25-75 percent.

Sprouting is pretty straightforward, the legumes will need to be kept moist and have access to air.

Another way to enjoy legumes on a Paleo diet is through fermentation.

The fermentation process reduces phytic acid and is also good for your gut microbiome.

If you decide to soak or ferment legumes, they will still need to be cooked.

This provides more protection as heating them will destroy much of the lectins.

This process does not turn legumes into a healthy food based on Paleo principles however if they do need to be consumed, this is the best way. 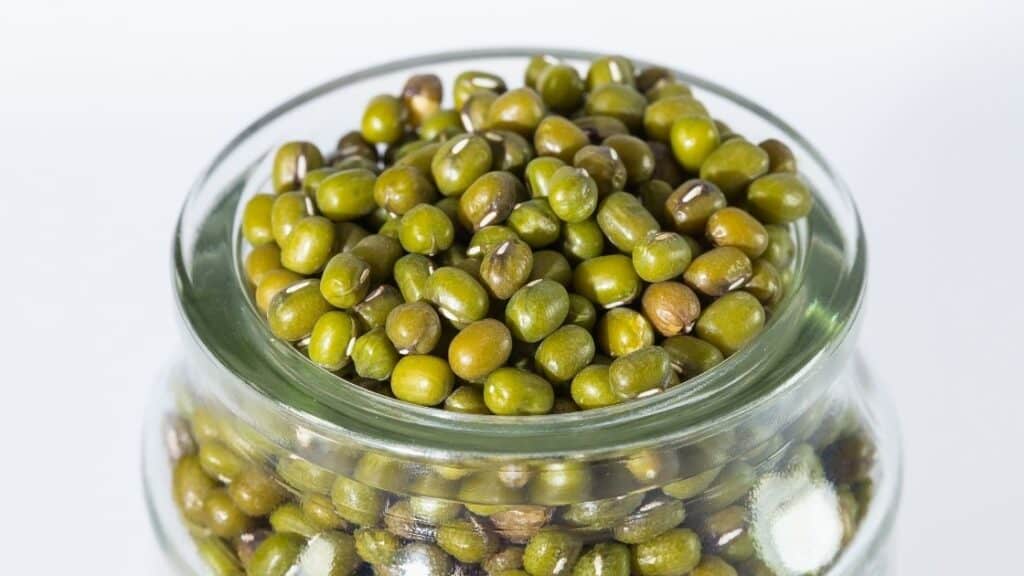 Despite falling into the category of legumes, green beans have some notable differences which can make them an exception to the rule.

Most legumes are harvested once the seeds are mature and dry.

Green beans are consumed when the pods are still soft and young.

The phytic acid the Paleo diet recommends avoiding, is at a much lower content in green beans.

Green beans have naturally less phytic acid as they are younger and less developed.

They also have decreased levels of agglutinins, a type of lectin.

The lower lectin content is considered to be safe enough to consume green beans raw.

Some recommend cooking the green beans first to deactivate the relatively unstable lectins.

Nutritionally, green beans have much more in common with non-starchy vegetables compared to other legumes such as lentils.

Are green peas allowed on a Paleo diet? 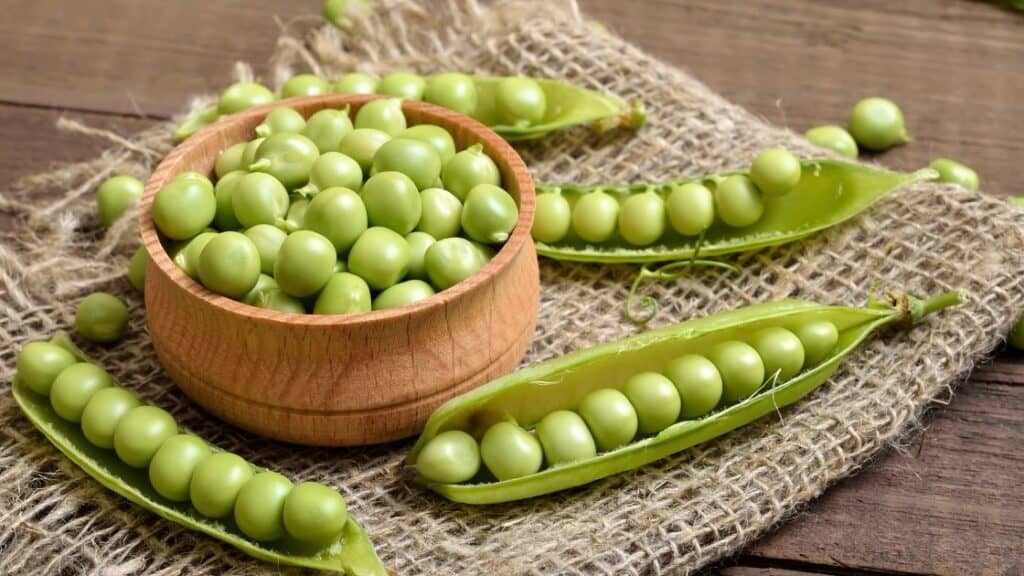 Yes, they are allowed in moderation as they are different to other legumes when comparing the phytic acid and lectin content.

When you look at the phytic acid, lectins, and nutritional profile of green peas, they are quite different from the older and harder legumes that the Paleo diet does not recommend.

On the Paleo diet, nuts and seeds are allowed although they contain lectins and phytic acids.

The reason they are allowed is that people tend to consume much less of these foods compared to lentils or chickpeas.

The quantity aspect is a big part of why they are “allowed”.

Green peas are similar in this respect, they can be consumed but they should not be a staple food on a Paleo diet.

The agglutinins present in green peas can be a concern for those who do have an autoimmune disease.

The Paleo diet has sub-diets that focus on specific issues.

The autoimmune protocol (AIP) is one of them. The AIP focuses on increasing nutritionally dense foods whilst avoiding foods that trigger an inflammatory response in the body.

Those who are eating in line with the AIP may want to avoid green peas.

However, on a regular Paleo diet, green peas are allowed. 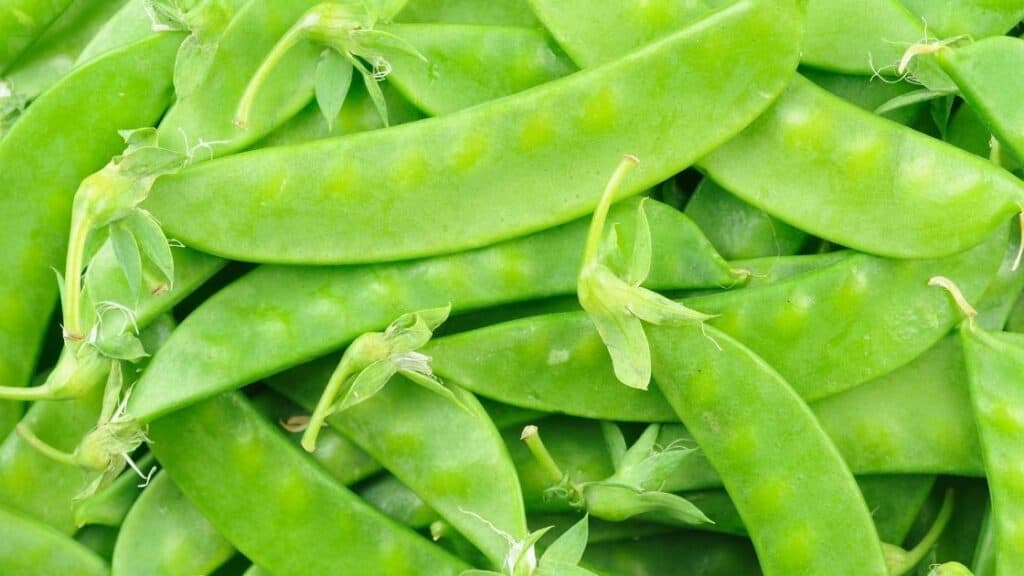 They are included with the general Paleo thinking on green beans and fresh peas and are allowed.

Snow peas contain fewer lectins, and phytic acid when compared to other legumes which are mature and dry.

As long as the AIP is not being adhered to, snow peas can be consumed with caution on a Paleo diet. 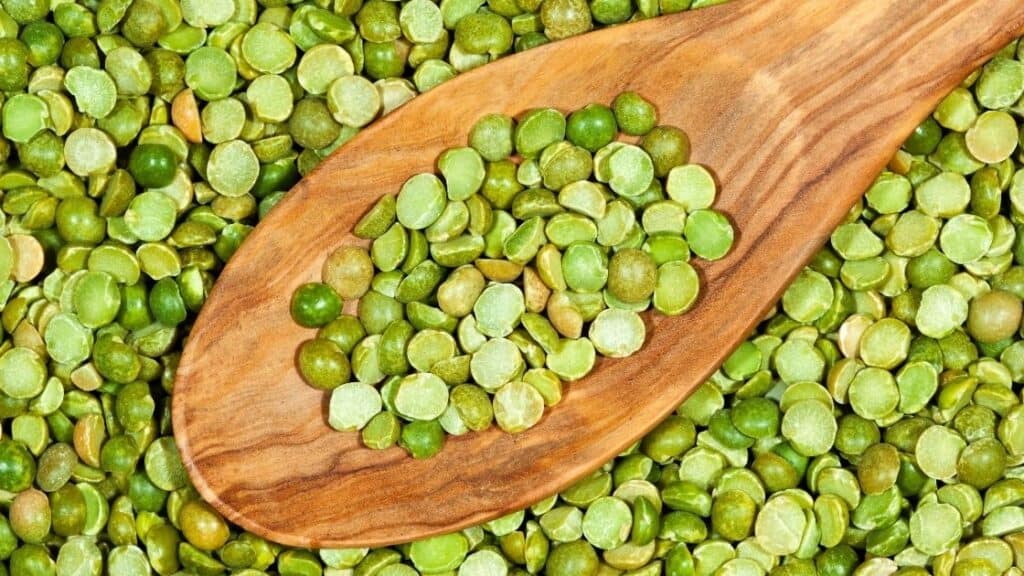 Split peas can be inflammatory to those with autoimmune or gut health problems.

Split peas are dried green peas that have been split.

Green and snow beans can be considered acceptable under a Paleo diet, due to their immature state meaning they contain fewer lectins and phytic acid.

Split peas are however dried, which means that their phytic acid levels are higher than in fresh peas.

However, it is still less than in other legumes.

On the autoimmune protocol, split peas can be inflammatory.

By following methods like soaking fermenting, the inflammatory aspect of split peas can be reduced massively.

There is no one-size-fits-all answer as it depends on the strictness of the Paleo diet and each individual’s health concerns.

The Paleo diet focuses on eating the way our ancestors did.

Legumes do not fall into this way of eating and are avoided due to the lectins and phytic acid present.

When soaked, sprouted, or fermented the “anti-nutrients” within legumes are greatly reduced meaning there is less damage to the body.

Podded legumes are the exception to this rule, as they are young and soft, meaning that there are fewer phytic acid and toxic lectins present.

Depending on each individual’s health and levels of strictness following the Paleo diet, legumes are either completely avoided or consumed moderately when prepared appropriately.

They should not make up a staple in any diet that is following the Paleo principles.