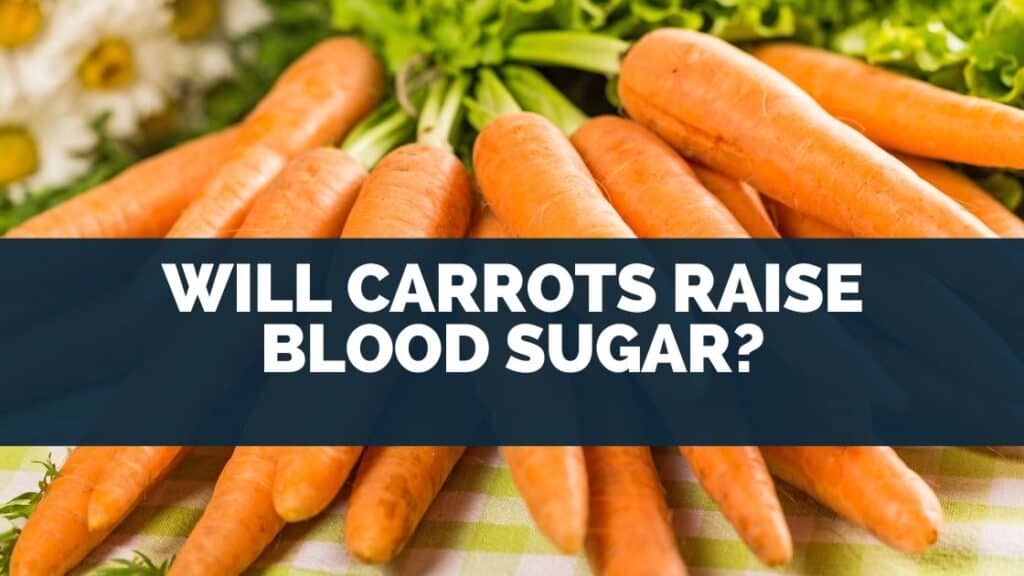 Therefore, being aware of the impact of the foods you eat on your blood sugar levels is critical to maintaining health and vitality over the long haul.

Carrots are unlikely to raise blood sugar to excessive levels, due to their relatively low carbohydrate levels, their fiber content which slows down the digestion and metabolic processes after eating, and the unlikelihood of overeating them at any one time.

However, it’s important to note that blood sugar and insulin responses to foods are highly individualized things.

Even though carrots are unlikely to present a problem even for diabetics, you still need to be aware of your own unique blood sugar response to them, especially if you eat them in large quantities (i.e., carrot smoothies or juice).

Go to top
Table Of Contents show
1 Is it ok for diabetics to eat carrots?
2 How many carrots can a diabetic eat per day?
3 The glycemic load of carrots

Is it ok for diabetics to eat carrots? 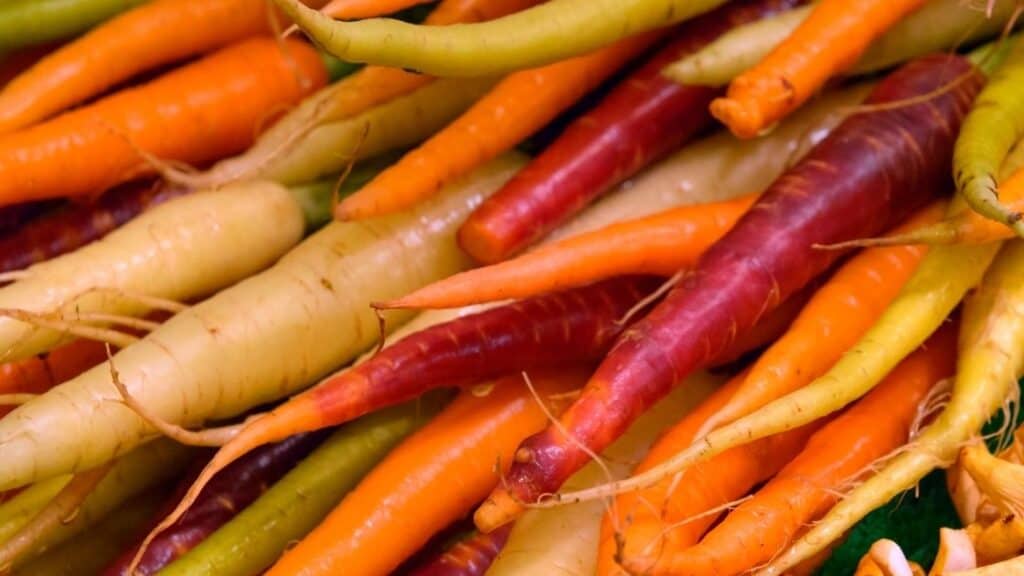 Whether or not it’s ok for diabetics to eat carrots depends on the advice they receive from their doctor or supervising medical professionals.

Generally speaking, carrots should not be a problem to eat when seeking to control diabetes, as their carb content and glycemic load are low and they are a whole, nutritious food.

However, if your approach to controlling your diabetes involves a very low carb or ketogenic diet, you’ll want to moderate your intake of carrots.

In a person with a normally functioning metabolism, this is the process that occurs after eating foods with carbohydrates:

In a person with a dysfunctional metabolism — someone who is a diagnosed diabetic, for example, or someone with signs of metabolic syndrome — this process breaks down.

Someone who is “insulin resistant” has cells that don’t respond to the storage signal of insulin.

You can see a visual representation of this process in this video.

“With insulin resistance, a greater amount of insulin is needed to get the same amount of glucose into your cells.

And as the condition worsens over time, insulin levels can remain elevated even when you haven’t eaten anything. (This is called hyperinsulinemia.)”

This mechanism is the reason why high-carbohydrate foods are the most common culprit in people with diabetes or metabolic syndrome.

They often find relief from their symptoms and resume better blood sugar management when adopting a low-carb or ketogenic diet.

Virta Health is an example of a company that coaches diabetics through a ketogenic diet for the purpose of reducing or eliminating their diabetes medication. In this type of situation, then, a patient’s diet may need to eliminate or at least moderate the number of carrots that are consumed.

There are other vegetables — mostly green, leafy ones — that are lower in carbs and also high in health-promoting vitamins and minerals.

These are better choices for a ketogenic diet.

How many carrots can a diabetic eat per day? 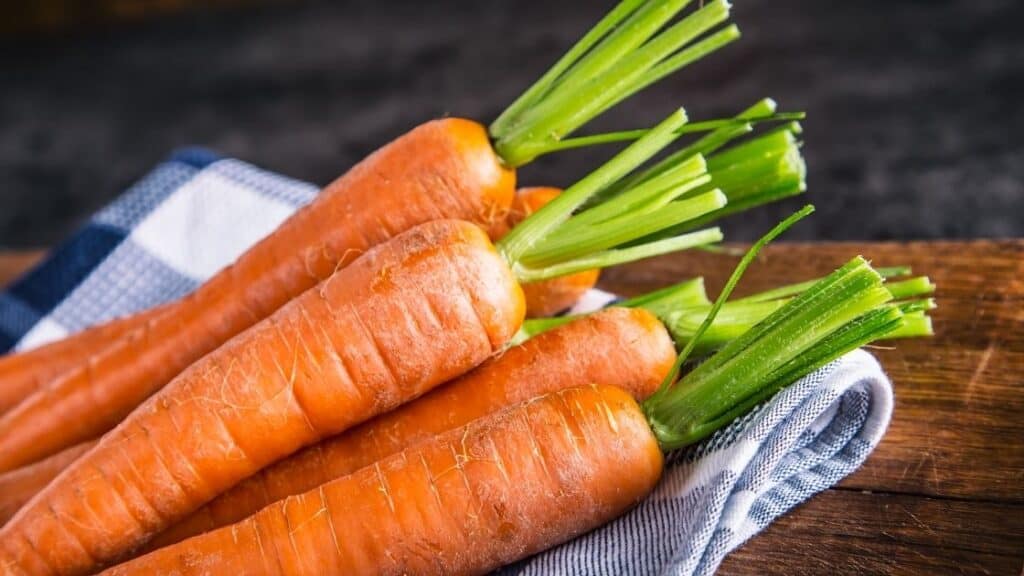 Precisely how many carrots an individual with diabetes can safely eat per day depends on the advice of their doctor and the nature of their strategy to manage their diabetes.

If a diabetic is trying to manage his or her diabetes by means of diet and is eating a low carb or ketogenic diet, they may need to either eliminate or limit the amount of carrots they eat.

A typical ketogenic diet to manage diabetes will have patients eating 20-30 grams of net carbs or even fewer.

Zero carb diets, in which even vegetables and other foods that have trace amounts of carbs, also seem to improve diabetes.

This study found that in people who eat a zero-carb carnivore diet for more than 6 months and were diagnosed as diabetics, 84-100% of them were able to reduce their medication.

A single baby carrot of average size (about 10 grams) has an estimated 1 gram of carbohydrate.

A cucumber stick of the same size has less than half a gram of carbohydrate.

So if you’re on a ketogenic diet and your carb limit is 20 grams per day, you will need to be very careful with carrots and the majority of your food choices should gravitate towards even lower carb vegetables, such as:

Vegetables with slightly higher levels of carbs that should be moderated include:

And if you’re taking a zero-carb approach to managing your diabetes, carrots will be completely off the menu, of course.

The glycemic load of carrots 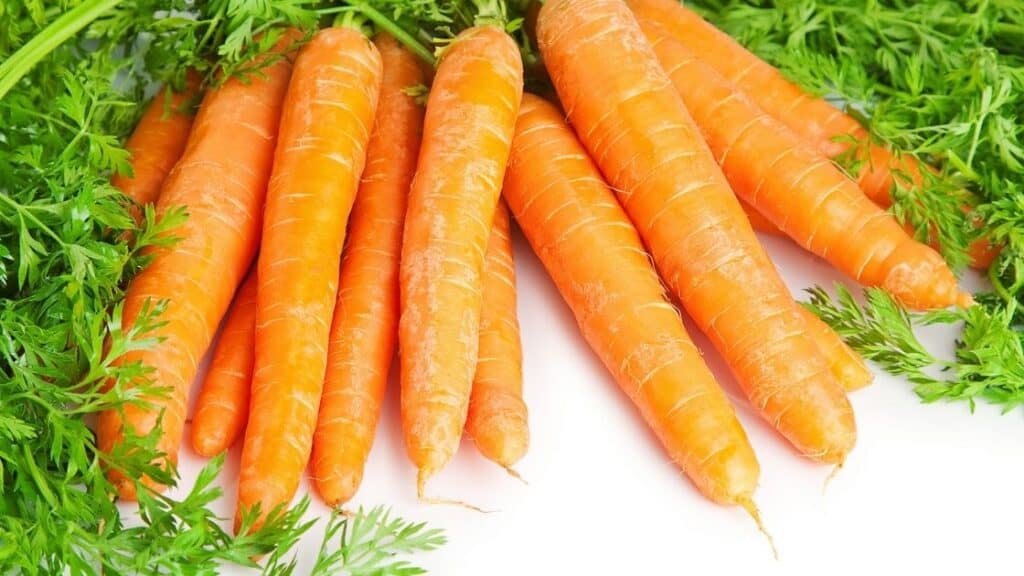 A food’s glycemic load is calculated by multiplying the glycemic index by the grams of carbohydrates in the food, then dividing that number by 100.

A glycemic load of under 10 is considered low, with a negligible impact on blood sugar levels.

The glycemic load of carrots is between 1 and 2, indicating that they are one of the foods with the lowest glycemic load possible.

Glycemic load, while probably superior to the glycemic index, is still not entirely accurate when judging a specific food’s impact on your unique body with its unique metabolism, genetics, gut microbiome, stress levels, and body composition.

This study, entitled “Personalized Nutrition by Prediction of Glycemic Responses,” found that people varied wildly in their blood sugar response to the same foods.

The authors of the study noted that having a single score that supposedly ranks a portion of food according to its impact on blood sugar is misleading, and individual differences should be respected.

With this thought in mind, a better strategy for determining your own unique carb tolerance and blood sugar response to particular foods would involve a structured plan in which a certain amount of carbs are eaten from a single food source, first thing in the morning on an empty stomach, and blood sugar levels tested at baseline, 1 hour post-meal, and 2 hours post-meal.

Robb Wolf has just such a protocol in his book, Wired to Eat.

See this article for an example of this type of self-experimentation, as well as practical guidelines and applications.

While this is more painstaking than simply Googling the glycemic index of “X” food, it is likely to give you a much more accurate and certainly a much more individualized idea of what types of carbs you do well, and which ones you do poorly with.