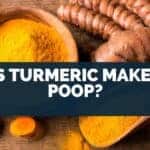 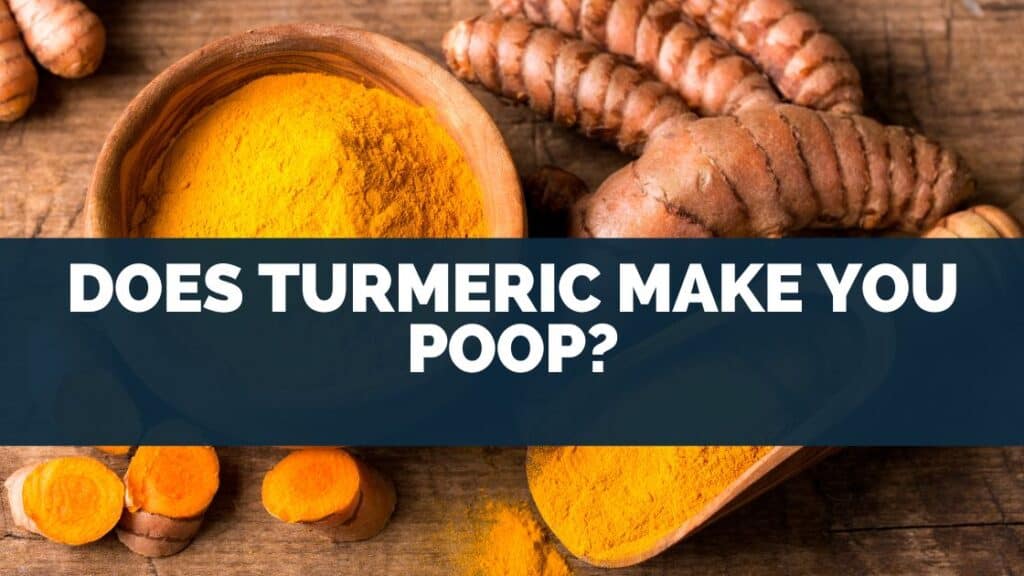 From the root of the Curcuma longa plant, turmeric is one of the most common spices used all over the world in different cuisines.

The most active compound found in turmeric called curcumin has been known to have many health benefits such as reducing the risk of Alzheimer’s and cancer.

In addition, it has been found that turmeric can help stimulate bowel movements and ease the symptoms of constipation.

Turmeric works by stimulating the production of bile in the liver.

Bile helps to break down fats in the intestine, which makes it easier for waste to pass through the gut.

In addition, turmeric helps to increase the movement of the intestines, further promoting bowel movements.

It’s also worth noting that turmeric is often taken in capsule form, which means that it is not as easily absorbed by the body as well as it would be if you were to eat it in its whole form.

Therefore, it’s possible that the laxative effects of turmeric are not as strong when it is taken in supplement form.

Turmeric is a yellow-pigmented spice popular in Indian cuisine.

It has also been traditionally used in Chinese and Ayurvedic medicine to treat a variety of conditions.

Recently, science has begun to back up some of these traditional uses.

Curcumin, the primary active ingredient in turmeric, has been shown to have anti-inflammatory and antioxidant properties.

These effects may help to explain why turmeric has been traditionally used to treat conditions like arthritis and indigestion.

Curcumin may also boost cognitive function and protect against neurodegenerative diseases like Alzheimer’s.

Additionally, curcumin appears to have anti-cancer properties, though more research is needed in this area.

Overall, turmeric is a potential powerhouse of spice with a wide range of health benefits.

Go to top
Table Of Contents hide
1 Do Turmeric Cause Bowel Movements?
2 Does Turmeric Act As A Laxative?
3 Does Turmeric Make You Poop Yellow?

Do Turmeric Cause Bowel Movements? 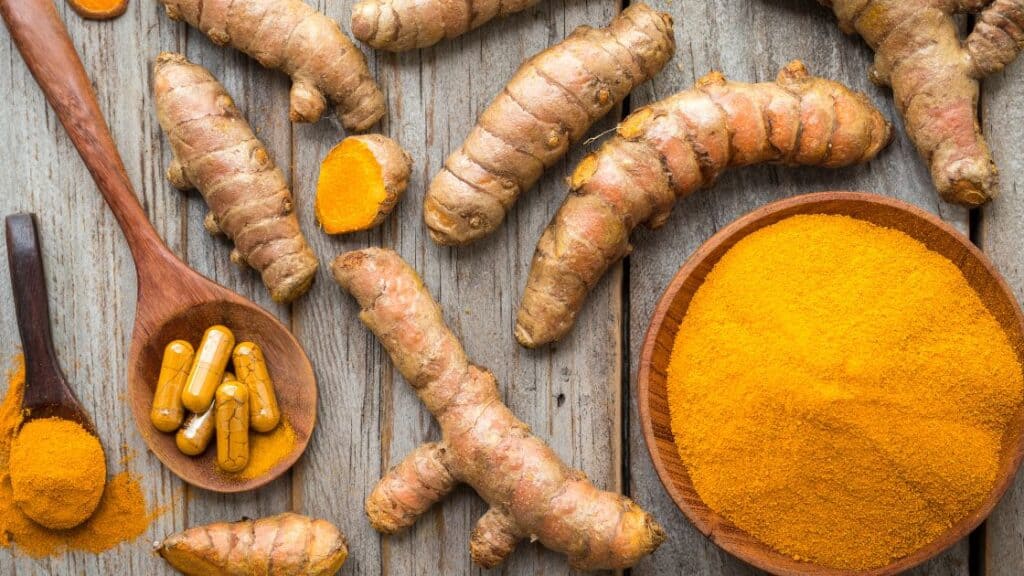 One of turmeric’s most commonly known benefits is its ability to promote bowel movements.

This effect is thought to be due to the presence of a compound called curcumin, which is known to stimulate the production of bile.

Bile is a substance that helps break down fats and is essential for proper digestion.

It is not surprising that turmeric can help to relieve constipation.

However, it is important to note that too much turmeric can also cause diarrhea.

As with any spice, it is best to use turmeric in moderation to avoid any unwanted side effects.

When you are eating the right foods, you will have a more comfortable, satisfying trip to the bathroom.

A healthy diet should include plenty of fruits and vegetables, a lean protein source, as well as healthy fats.

You benefit not only from eating these foods but also maintain a healthy digestive system.

The process of digestion takes place in various parts of your digestive tract, beginning with your mouth and stomach and ending with your intestines.

Your body absorbs the salts and water left behind in your food once it reaches your intestines.

Bowel movements are a result of digested food becoming more solid after digestion.

The normal bowel movement consists of brown, formed stools, which are neither too hard nor too loose in consistency.

The condition of diarrhea can be caused by loose stools. Constipation is caused by dry and hardened stool.

In addition to having hard, dry stools that are painful or hard to pass, constipation includes not having a bowel movement for more than three days.

Healthy eating and fiber play an important role in maintaining a healthy balance of your gut bacteria, which can directly affect the quality of your bowel movements.

The bacteria that live in your gut, called probiotics, influence the speed at which your large intestine moves.

When your gut bacteria are out of balance, it can affect your bowel movement.

In addition to disrupting the balance of bacteria in your gastrointestinal tract, junk food may also cause a stronger contraction of the gut, ultimately resulting in diarrhea.

Dieticians can often help if you have trouble moving your bowels by recommending dietary interventions.

Soluble and insoluble fiber can be found in vegetables, fruits, and whole grains.

The soluble fiber in stool transforms into a gel-like substance when dissolved in water.

This softens the stool and makes it easier to pass.

Both types of fiber are necessary for a stool to form properly and stay in the right position.

Does Turmeric Act As A Laxative? 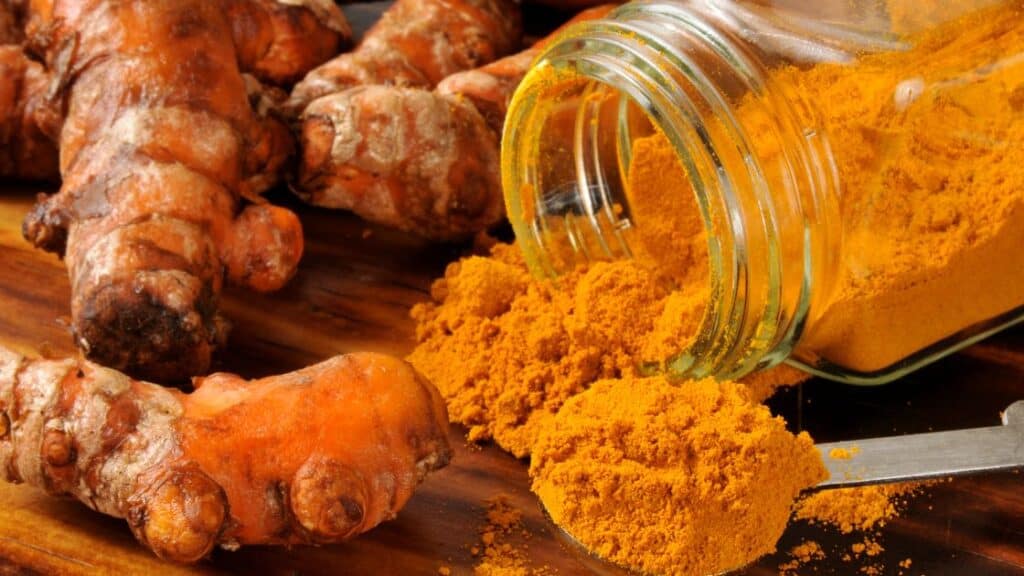 Turmeric contains a compound called curcumin, which has been shown to have laxative effects.

Curcumin stimulates bile production in the liver, which helps to move stool through the intestines.

As a result, turmeric may help to create softer stools that are easier to pass.

Turmeric has long been used as a natural remedy for various digestive issues.

For centuries, Ayurvedic medicine has recommended turmeric for treating gas, bloating, and other forms of indigestion.

In recent years, science has begun to back up these traditional uses.

Studies have shown that turmeric can be an effective laxative, helping promote bowel movements and relieve constipation.

One study found that turmeric extract had a mild laxative effect in rats, but it is unclear if the same effect would occur in humans.

Turmeric contains a compound called curcumin, which is thought to be responsible for its health benefits.

However, curcumin is poorly absorbed by the body and is not thought to be effective when taken orally.

Therefore, turmeric is unlikely to act as a laxative in humans.

If you are looking for a natural way to relieve constipation, there are other options available, such as fiber supplements or stool softeners.

Does Turmeric Make You Poop Yellow? 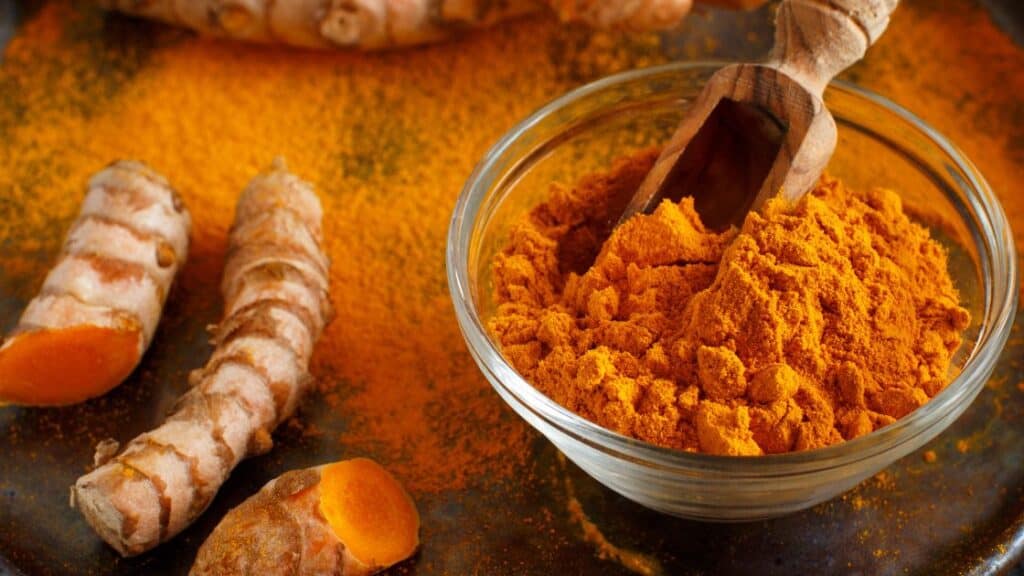 Turmeric is a yellow-pigmented spice often used in Indian cuisine.

It gets its color from curcumin, a phytochemical that is also responsible for many of its health benefits.

Curcumin is poorly absorbed by the body, so it ends up being excreted in the stool.

This is why your poop may be yellow after consuming turmeric.

While there’s nothing wrong with having yellow poop, it can be a cause for concern if your stool is a different color than usual or if you experience other changes in your bowel movements.

If you’re concerned about your stool color, it’s best to speak with a healthcare professional.

They can rule out any underlying causes and guide you on optimizing your gut health.

Curcumin is a natural polyphenol that has been found to have many health benefits.

It’s the active ingredient in turmeric, and it has been shown in studies to be an anti-inflammatory antioxidant and can help with depression.

Curcumin also helps improve memory and mood and reduces the risk of heart disease, diabetes, cancer, and other neurodegenerative diseases.