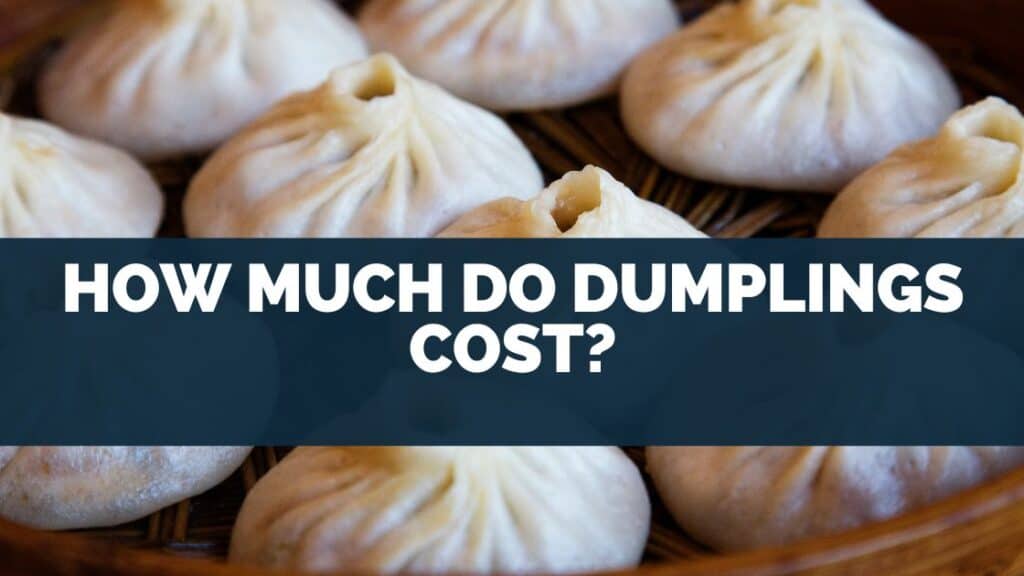 Asian-style dumplings are among the most popular dishes at Korean, Chinese, and Japanese eateries, and these time-honored favorites are now spreading to non-Asian menus.

But exactly how much do dumplings cost?

In the US, and at the time of writing, a serving of dumplings typically costs about $3 to $7, with the average dish going for about $5 in a typical Asian restaurant.

Even in an expensive city like New York City, you’ll be hard-pressed to find a dumpling dish over $8.

However, the world’s priciest dumplings may be purchased at the Golden Gate restaurant in New York City for a whopping $4,400!

Customers will receive 16 steaming dumplings composed of fish, pig, and veal for that sum, and the dish has a definite blue color.

A “little less expensive” dish option costs $2,500 for eight dumplings and is also available to customers.

The United States of America is one nation that has heavily incorporated Asian dumplings into its culture.

Go to top
Table Of Contents show
1 How Many Dumplings Do I Need For One Person?
2 Do Chinese Sell Dumplings?
3 What Is A Traditional Dumpling?

How Many Dumplings Do I Need For One Person? 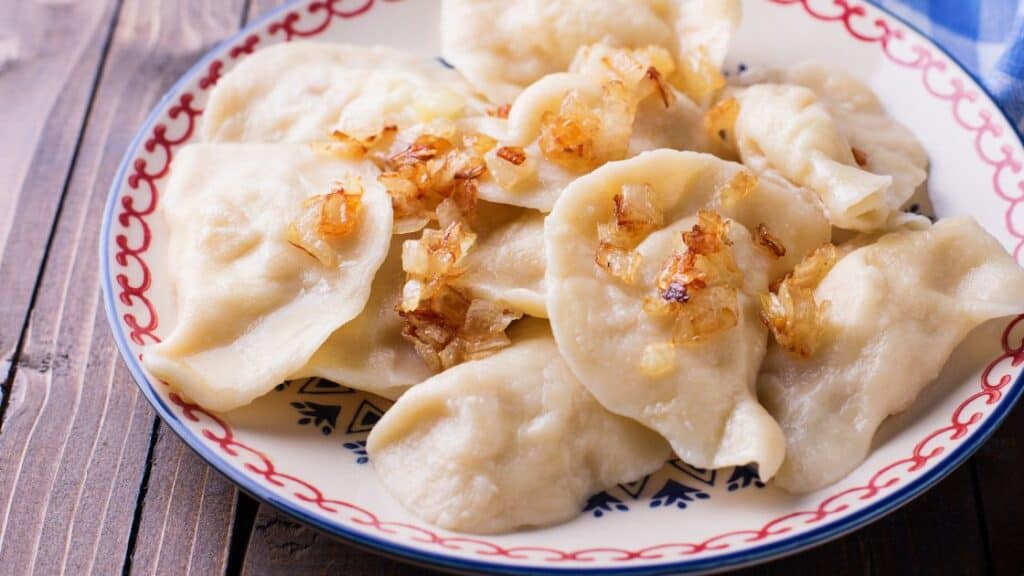 It is advised that a reasonable serving size for a single meal is 15 to 20 dumplings per person.

A typical dish of dumplings contains four to six pieces.

Dumplings are filling and relatively high in calories, so proceed with caution!

If you are hosting a party, aim for 15 to 20 dumplings per person.

After everyone has finished eating, you have a supply of leftover dumplings for quick dinners in the future.

Dumplings can be frozen if spread apart on a sheet tray covered in parchment paper and frozen until solid, preferably overnight. 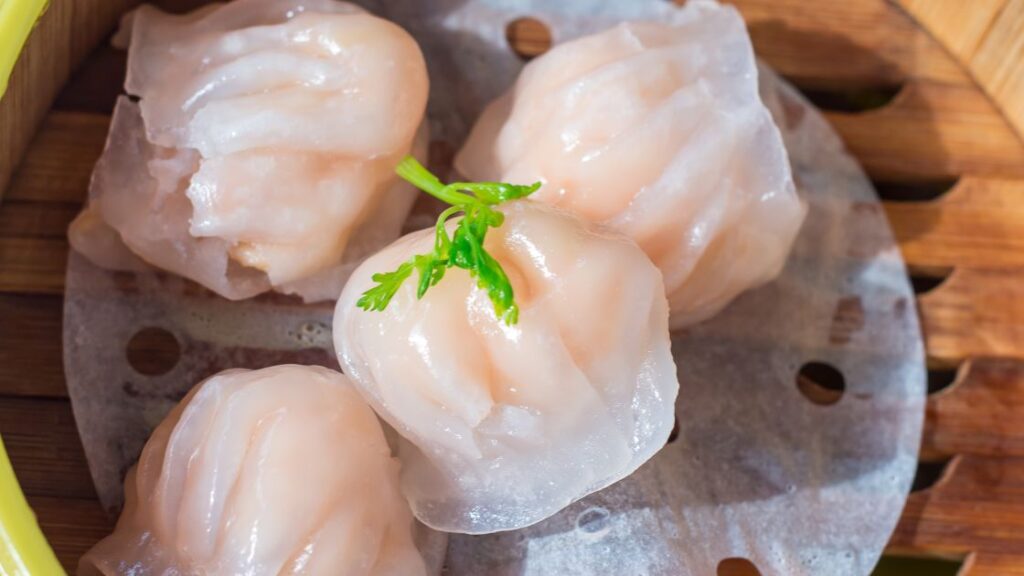 A delicious meal of dumplings is a must-have for any visitor to China.

The good news is that they ought to be available throughout China.

They are available for ordering in upscale, pricey restaurants, modestly-sized eateries, chains that specialize in dumplings, and on the street.

There are a large number of dumpling varieties available, including:

Since guo tie translates to “pot sticks,” these dumplings are frequently referred to as “potstickers,” particularly in North America.

Siu Mai – Siu Mai is a type of wheat dough dumpling with an open top and a circular, basket-like form.

Siu Mai comes in a variety of forms both within China and in other parts of Asia, as is the case with other Chinese dumpling varieties.

Har Gow – A steamed oval- or crescent-shaped dumpling called har gow (pronounced “ha-now”) is created with a translucent wrapper composed of wheat and tapioca starch and is stuffed with shrimp, pork fat, and bamboo shoots.

Xiao long bao – These favorites are spherical, purse-shaped dumplings that are sometimes referred to as “soup dumplings.”

They are composed of a wheat wrapper that is crimped on top and is quite thick (thicker and doughier than, say, jiaozi).

Although xiao long bao is referred to as soup dumplings, they are not.

Instead, they’re stuffed with a tonne of collagen-rich pig scraps and chopped cooked pork.

The dough is slightly thicker than xiao long bao and is topped with sesame oil and chopped scallions.

The broad term “bao zi” refers to dumplings formed from a dense wheat dough that resembles a bun.

The char siu bao, which is stuffed with grilled pork, is a typical variation of bao zi.

The preparation of wontons, another general category of Chinese dumplings, can vary greatly depending on the filling and whether they are boiled, steamed, or fried.

Popularly served in a thick broth or soup, boiled wontons are a favorite.

What Is A Traditional Dumpling? 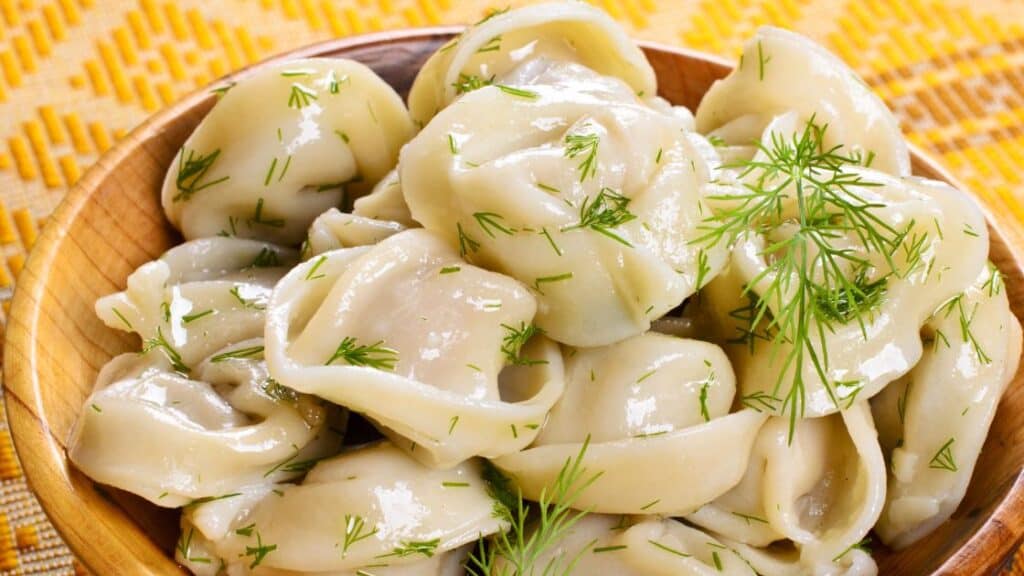 The most popular and traditional kind of Chinese dumpling is called jiaozi, pronounced as “jow-zee.”

These dumplings are savory parcels filled with minced meat, egg, tofu, or vegetables. They are made of unleavened dough and boiled, pan-fried, or steamed.

Chinese dumplings are a world unto itself, and it can be challenging for Westerners to get about because there are so many distinct kinds of dumplings.

They come from different parts of China, including the Sze Chuan, Yun Nan, and Guang Dong provinces.