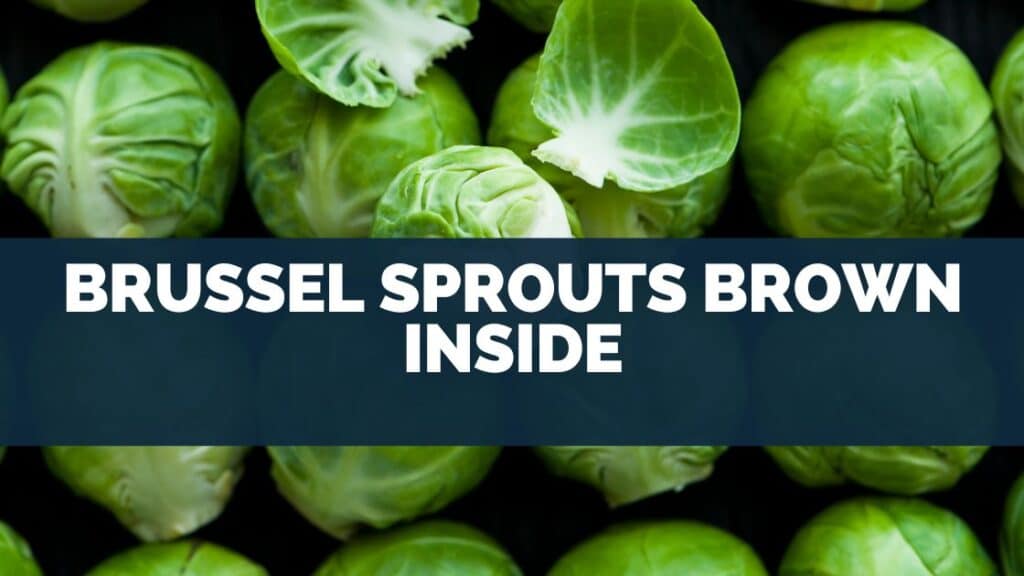 While some people like to eat their Brussels sprouts whole, some might prefer to cut them up first.

But while cutting them up, you realize that your Brussels sprouts are brown inside! What gives?

The bad news is that that sprout has started to go bad or is already bad.

Also, brown or black spots on a Brussels sprout might indicate mold.

Either way, it is too risky to consume, and that sprout should be thrown away.

If you’re not sure whether your brussels sprouts are still good, there are a few things you can check for.

First, take a look at the sprouts themselves.

If they are discolored or have brown or black spots, they are probably bad and should be thrown out.

Another sign that sprouts are past their prime is if they have started to soften.

Once brussels sprouts start to soften, they will lose their crunch and won’t taste as good.

Finally, if the sprouts have an off-putting smell, it’s best to eliminate them.

When in doubt, it’s always better to err on the side of caution and toss bad sprouts rather than risk eating something that isn’t fresh.

Food poisoning is caused by consuming contaminated food or water.

The symptoms of food poisoning include nausea, vomiting, abdominal pain, diarrhea, and fever.

In severe cases, food poisoning can lead to death.

According to the Centers for Disease Control and Prevention (CDC), food poisoning affects about 1 in 6 Americans yearly.

Every year, there are about 48 million cases of food poisoning in the United States.

The CDC estimates that 1 in every 6 Americans will get food poisoning this year—roughly 48 million people.

Food poisoning is a serious problem, but it is preventable.

You can reduce your risk of food poisoning by following simple tips: wash your hands regularly, cook food thoroughly, avoid cross-contamination, and clean surfaces and utensils.

What Is The Black Stuff In Fresh Brussel Sprouts? 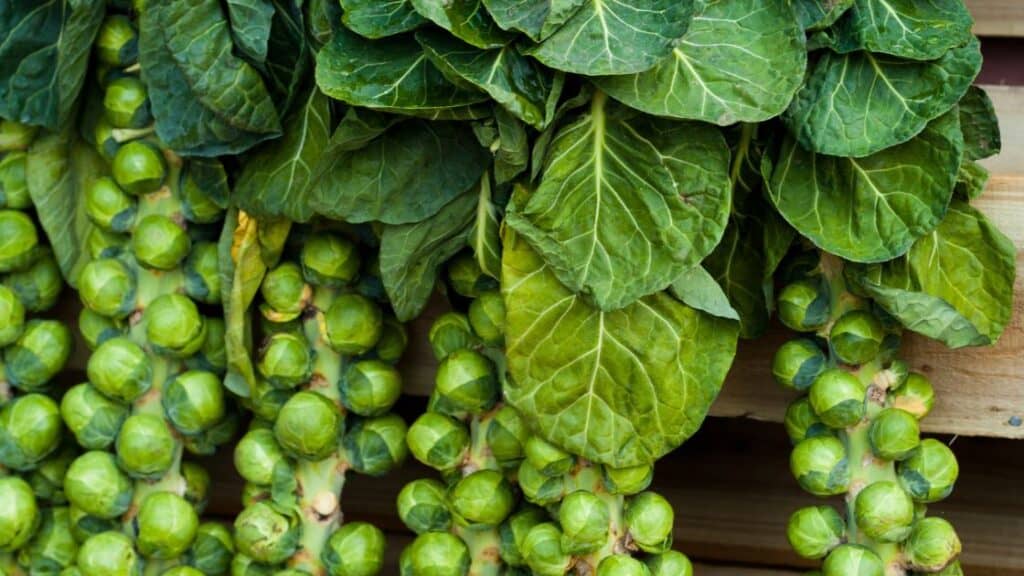 A black spot on fresh Brussels sprouts could signify a fungal infection caused by the fungi Alternaria brassicicola and A. brassicae.

This is also known as the Alternaria leaf spot. However, the black could also indicate the presence of mold.

If the sprout has fungi on it, you can simply cut away the affected part and consume the rest of it.

However, if the black spot is mold, the whole sprout should be thrown out.

While mold is not necessarily harmful to eat in small quantities, it contains mycotoxins which are dangerous chemicals.

These mycotoxins can cause severe illnesses and even death.

Some symptoms of mold ingestion include vomiting, diarrhea, and liver disease.

Additionally, mold can cause Brussels sprouts to spoil more quickly.

To prevent mold growth, it is important to store Brussels sprouts in a cool, dry place.

If they are kept too damp, they are more likely to develop mold.

If you do notice mold on your Brussels sprouts, chuck it out. It isn’t worth the risk!

Why Are My Brussel Sprouts Dirty? 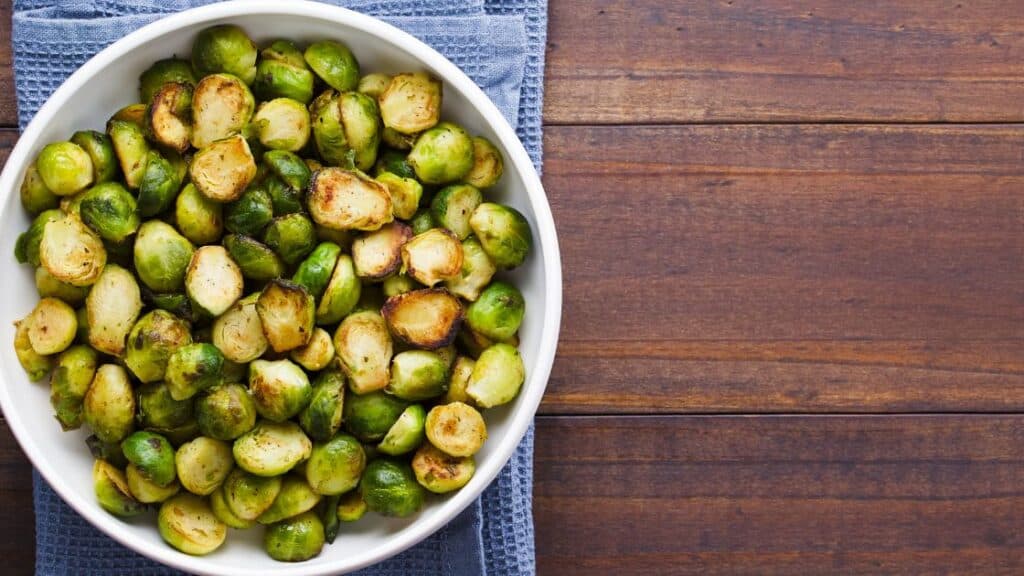 Your Brussels sprouts might have accumulated some dirt or dust during their processing.

The dirt should go away if you wash out your sprouts in a colander.

However, if the brown or black cannot be washed away, this could indicate the presence of mold or decay.

Moldy or bad sprouts should be thrown away immediately.

Brussels sprouts are a great option if you’re looking for a nutrient-packed vegetable.

These little green balls are packed with vitamins and minerals, including vitamin C, potassium, and folate.

They’re also an excellent source of fiber, which can help promote digestive health.

Most people know they need to eat fiber, but they might not know exactly why.

Fiber is an important part of a healthy diet for a few reasons.

First, it helps to keep you regular.

Fiber helps to add bulk to your stool, which keeps things moving through your digestive system.

Fiber can help to reduce cholesterol levels and keep your blood pressure in check.

Third, fiber may help to reduce your risk of some types of cancer.

And last but not least, fiber helps you to stay fuller longer.

Antioxidants are molecules that help to protect our cells from damage.

They do this by neutralizing harmful chemicals called free radicals.

Free radicals are produced naturally in the body, but they can also come from exposure to things like sunlight, pollution, and cigarette smoke.

Antioxidants help to combat this damage by scavenging free radicals and preventing them from causing harm.

Although they’re often thought of as a winter vegetable, Brussels sprouts are available year-round.

Why Are The Insides Of My Brussel Sprouts Brown? 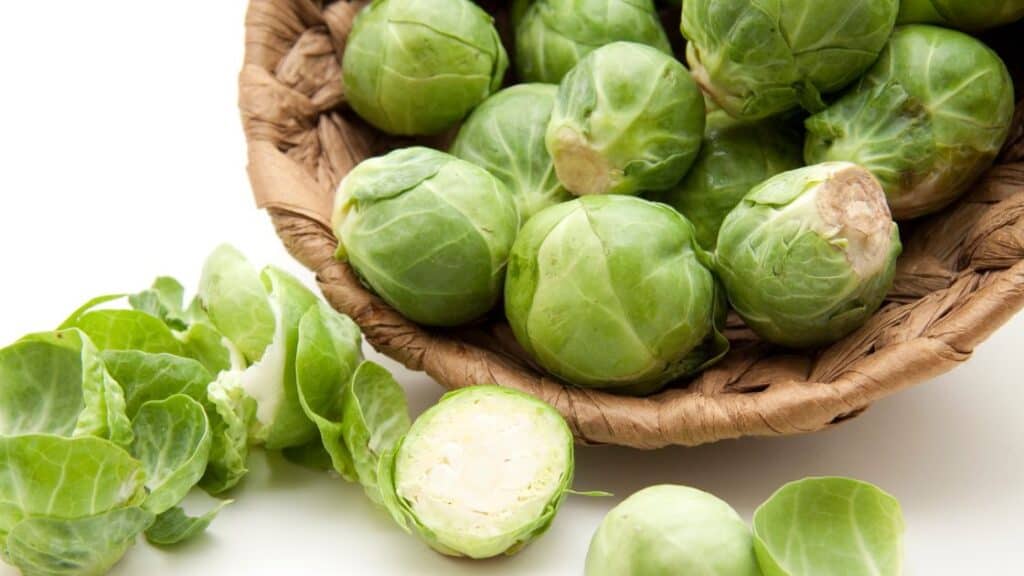 If the insides of your Brussels sprouts are brown, this could indicate that the sprout is starting to spoil.

It could also signify the presence of mold.

Either way, the sprout should be thrown out, not merely cut out.

Brussels sprouts are often steamed or roasted as a side dish but can also be added to salads or used in soups and stews.

Although they are available year-round, Brussels sprouts are in peak season from October to February.

When selecting Brussels sprouts, look for firm, bright green heads about the size of a marble.

Avoid sprouts that are yellowing or have loose leaves, as these are indicative of poor quality.

When storing Brussels sprouts, place them in a plastic bag in the refrigerator and use them within a few days for best results.

What Are The Brown Spots On Brussel Sprouts? 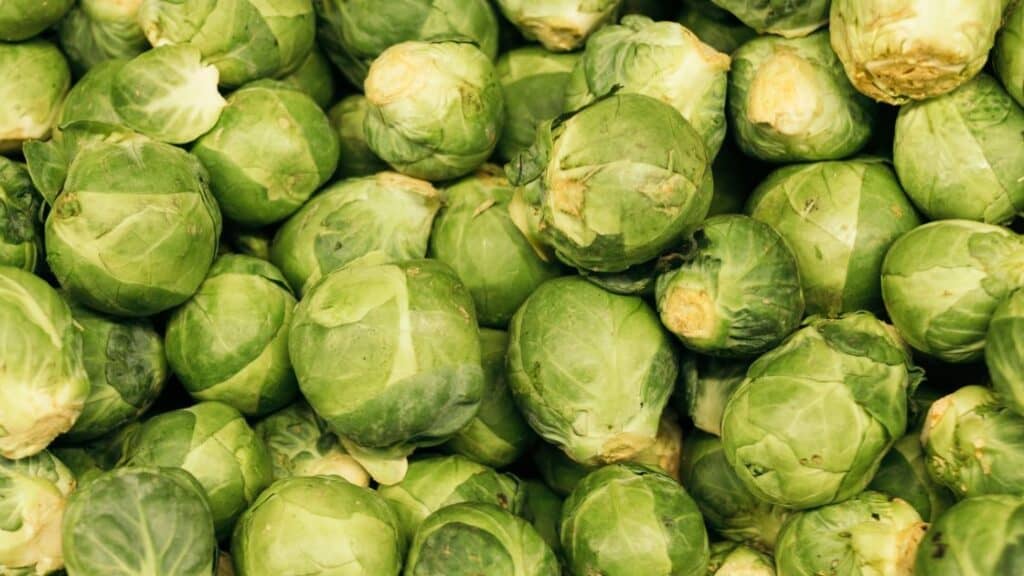 If your Brussels sprouts have brown spots, this could indicate mold or that your sprout is beginning to spoil.

You should chuck the whole sprout, not merely cut the brown part away.

Brussels sprouts are a delicious and nutritious winter vegetable.

However, like all vegetables, they can spoil if not stored properly.

There are a few signs that Brussels sprouts are spoiling and should not be eaten.

First, look for signs of mold or mildew.

These can appear as fuzzy spots on the surface of the sprouts.

If you see mold, it is best to discard the entire batch of sprouts, as mold can spread quickly.

Another sign that Brussels sprouts are going bad is a color change.

Fresh sprouts are deep green, while spoiled sprouts may have brown or yellow patches.

Finally, pay attention to the texture of the sprouts.

Spoiled sprouts may be mushy or slimy to the touch.

If you notice any of these signs, it is best to throw out the affected sprouts and buy fresh ones.

Can You Eat Brown Brussel Sprouts? 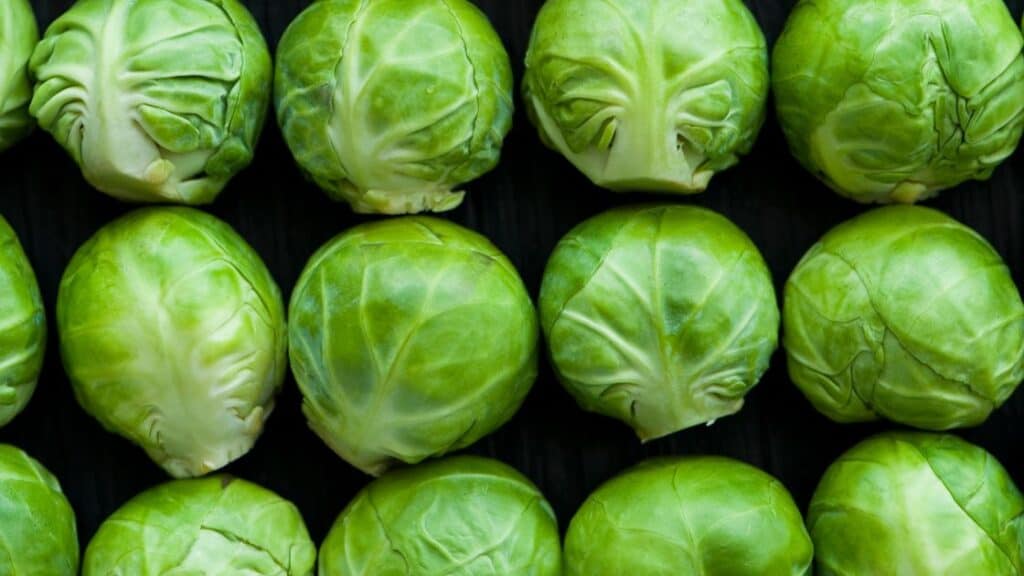 No, brown Brussels sprouts are starting to spoil or have already gone bad.

In addition, black or brown spots could indicate that the sprout is moldy.

It’s disheartening to open up a container of fresh Brussels sprouts only to find that they’re covered in mold.

Mold contains mycotoxins that can lead to severe illnesses such as vomiting and diarrhea, so it would be prudent to toss it out instead of trying to cut the mold out.