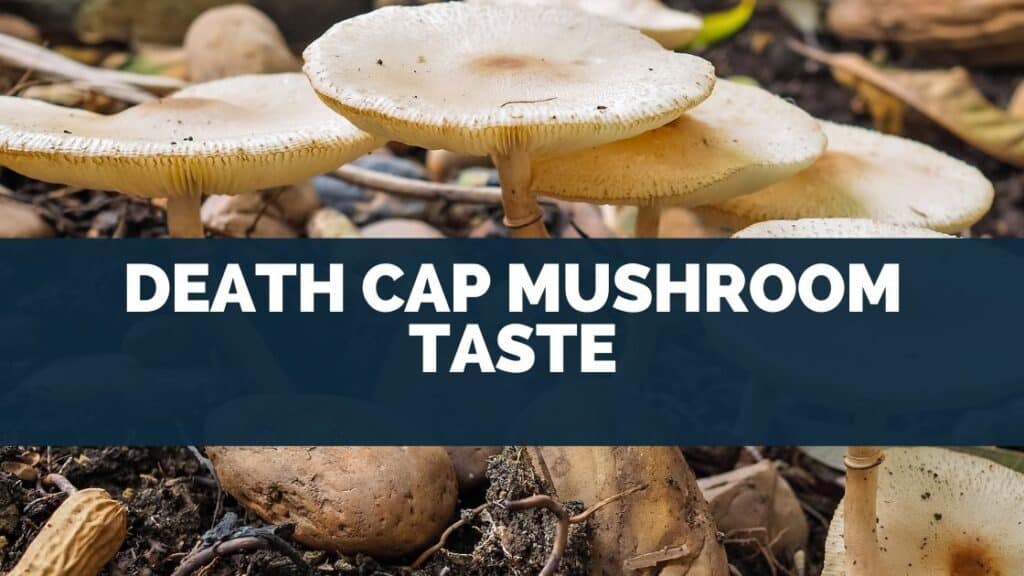 The death cap mushroom, also known as Amanita phalloids, is a deadly mushroom responsible for the most mushroom poisonings worldwide.

Native to Europe and the US, these mushrooms spread across the world in the 19th century when people attempted to introduce their favorite trees across continents.

Those who were poisoned by death caps and lived to tell the tale claims that the mushroom smells of honey, and is delicious.

Many individuals said that death caps are the most exquisite mushroom they ever tasted in their lives!

A single death cap can kill a healthy, young individual.

Cooking exposing death caps to heat will not make them safe to consume.

These mushrooms resemble the appearance of Asian straw mushrooms and other Amanita species found in Asia, like Amanita princeps.

Death caps are pale green to yellow with white gills.

It was believed that the Holy Roman Charles VI died because he ate meals that were cooked with death caps.

Like so many mushrooms, death caps form a collaborative connection with trees.

They can develop a mycelium network within the soil, which aids in absorbing nutrients, like nitrogen and phosphorus.

In exchange, death caps get sugars from the tree.

These mushrooms spread across continents when people started shipping trees to import their favorite trees.

Little did they know, the soil in which the seedlings were shipped contained death cap spores and other soil bacteria.

Today, these mushrooms are found on every continent except Antarctica.

Death caps cause liver and renal organ failure when consumed, then leading to death.

When in doubt, never eat any mushrooms you aren’t 100% sure of!

Go to top
Table Of Contents show
1 What happens if you eat a death cap mushroom?
2 What are the symptoms of death cap poisoning?
3 Has anyone survived eating a death cap?

What happens if you eat a death cap mushroom? 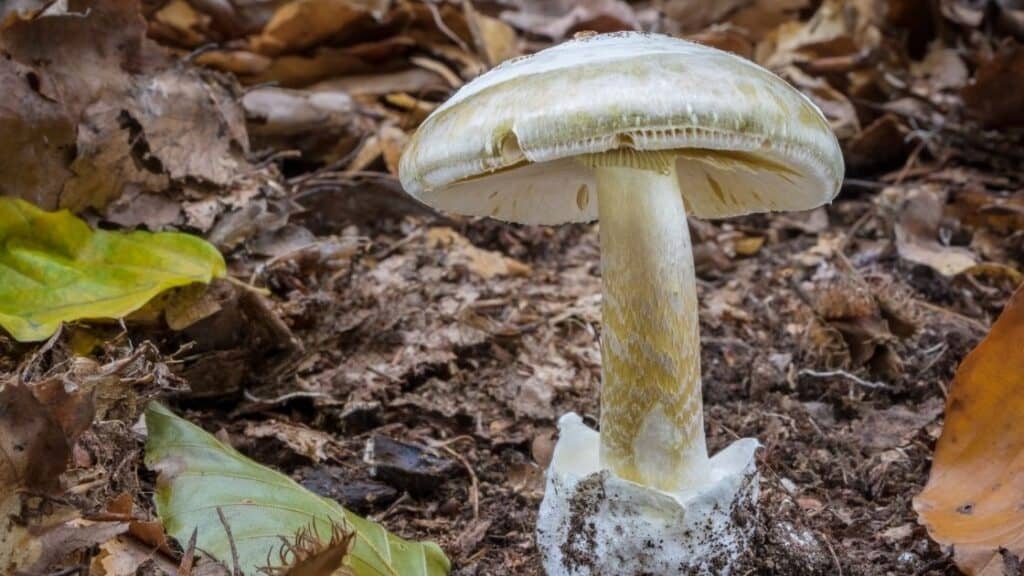 As little as half a death cap might be enough to kill a healthy adult.

Death caps are the leading cause of mushroom poisonings and fatalities worldwide.

In 2016, a toddler in British Columbia died after mistakenly eating a death cap.

An adult nearly died in 2003 when he mistook a death cap as a puffball mushroom.

When the mushroom is young and in the small button stage, its shape can resemble an edible and delicious puffball mushroom.

The toxins responsible for poisoning are amatoxins and phallotoxins that are found in all mushroom parts including the cap and stem.

The liver receives around 60% of amatoxins while the kidney receives the rest.

Organ failure happens as little as 4 days after poisoning but can also appear 12 days later.

Cooking, freezing, or drying these mushrooms do not eliminate any toxins.

People frequently don’t have signs like nausea, headaches, or vomiting for the next 8 to 48 hours after consuming death caps, and symptoms can appear much later.

What are the symptoms of death cap poisoning? 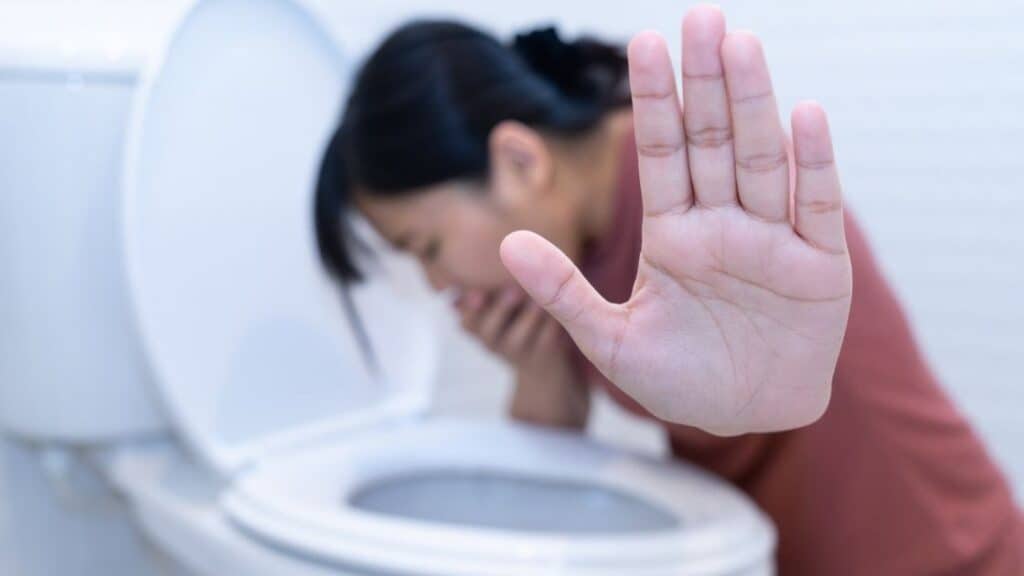 Symptoms can appear about 8 hours after consuming a death cap and disappear after 24 hours.

For up to 72 hours, you can show no symptoms but after 3 to 6 days, signs of liver and kidney failure can begin, worsening each day.

After a few days, worsening organ failure can cause severe symptoms such as:

An organ transplant is one of the ways to treat severe death cap poisoning.

Death cap mushrooms poison and kills many individuals each year compared to any other mushroom.

Amatoxins are thrown out by the liver to bile, subsequently accumulating within the gallbladder, causing harm to the organs. A

Approximately 60% of absorbed amatoxins move straight to the liver after consuming the death cap.

The remaining 40% of absorbed amatoxins find their way to the kidney, where they serve as the body’s blood-waste treatment center.

As mushroom poisonings are uncommon, diagnosing signs of amatoxin poisoning and treating it immediately can be challenging.

If you suspect a death cap poisoning, go straight to the emergency room and call poison control.

Try bringing a mushroom specimen and provide information like when you took it and from which region that mushroom was found.

Has anyone survived eating a death cap? 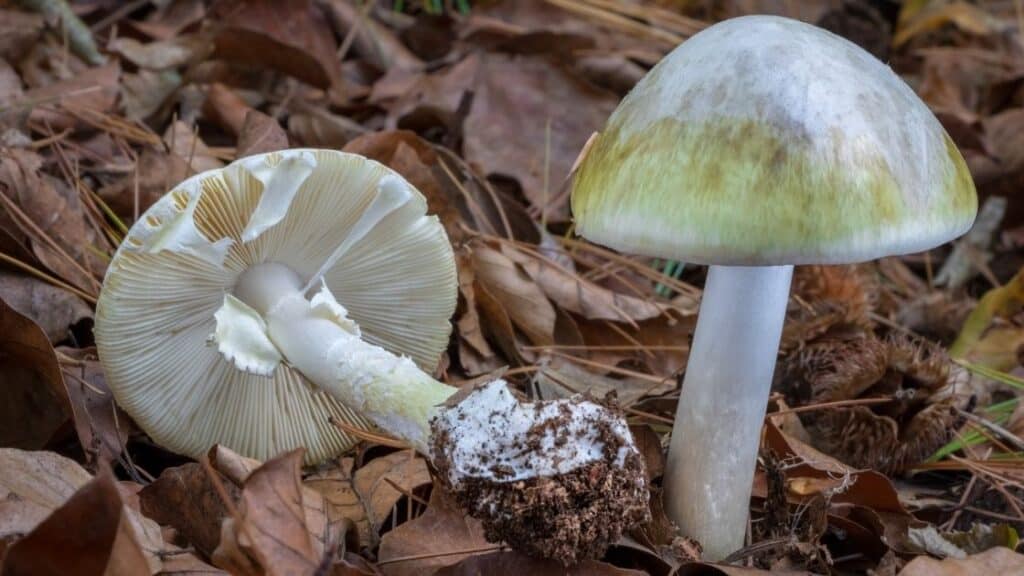 A single death cap mushroom is enough to kill an adult human, and as little as half a mushroom has been known to cause a fatality.

However, a small percentage of very lucky patients have managed to recover.

If medical treatment is immediate and efficient, the mortality rate for death cap mushroom poisoning is 15%. This number goes up significantly among children.

A 12-year-old girl, Lucy Adcock was fully recovered after mistakenly ingesting two mushrooms while she was on a bicycle ride.

She ate these mushrooms raw, mistaking them as normal field mushrooms with dark gills beneath the cap and looking incredibly similar.

The next day, she started vomiting and was admitted to Norfolk and Norwich University Hospital and diagnosed with liver failure.

Charcoal-based liquids were given to protect her body from absorbing poisons, but a considerable amount of toxins had already reached her system.

Lucy was then referred to King’s College Hospital in Southeast London, where she received a liver transplant and recovered fully.

Fortunately, Lucy was discharged from the hospital within a few days. (Source)

The second case is of a 61-year-old male weighing 67kg who was admitted after complaining of fatigue, abdominal pain, nausea, vomiting, and diarrhea.

He went to the nearby woods to harvest mushrooms, cooked the stems of two death caps, and consumed them.

The next day, he started vomiting and complained of nausea, stomachache, and diarrhea.

He was then admitted to an internal medicine unit, administered activated charcoal, and intravenously hydrated with dextrose and sodium chloride.

Penicillin G was also administered to him in continual dosages for 72 hours.

After nine days, he was discharged and after 15 days, happily declared to be fully recovered. (Source)

Poison control centers recommend activated charcoal to limit the toxins being absorbed by the gastrointestinal tract and causing harm to the liver.

This is effective with most poisonings and has to be done as quickly as possible before the toxins pass through the gastrointestinal system.

Then, patients usually get their stomach pumped in a stressful and severely uncomfortable procedure.

The key to treating amatoxin poisoning is limiting the spread of the toxins through the digestive system and vigorous hydration.

Death caps aren’t the only mushrooms that are poisonous. When in doubt, never eat a mushroom harvested in the wild!