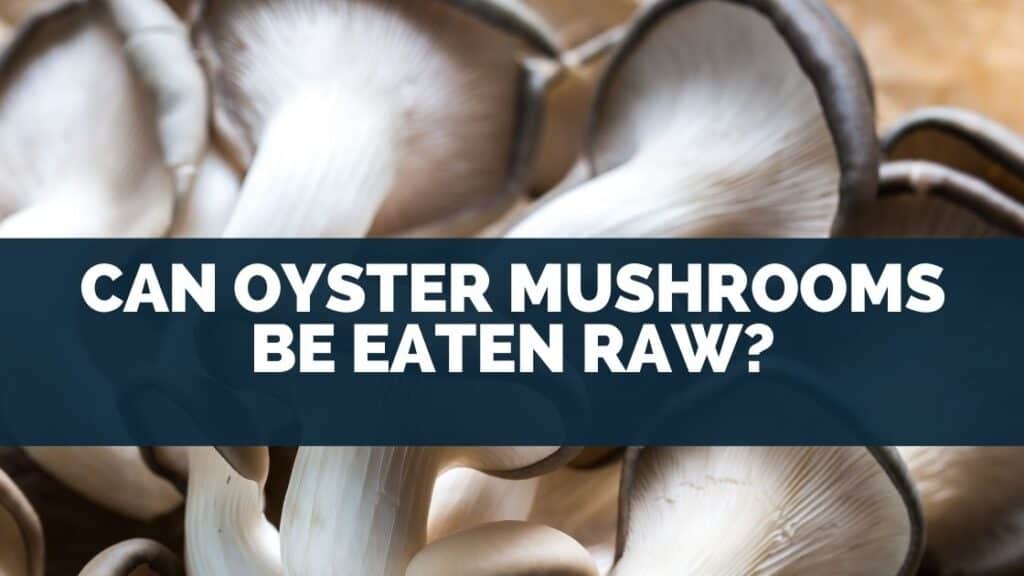 King oyster mushrooms have a smooth texture and an attractive appearance, making them one of the most popular mushroom varieties enjoyed worldwide.

The long, broad stem that widens significantly as it reaches the cap is the most desirable part of an oyster mushroom.

While oyster mushrooms are non-toxic and can be eaten raw, they will taste bitter and metallic if uncooked or undercooked.

The best way to eat oyster mushrooms is to cook, grill, or stir-fry them. In addition, they are bulbous and tough when raw.

Collectively, they are known as oyster mushrooms.

Oyster mushrooms were initially documented and categorized in 1775 by Dutch scientist Nikolaus Joseph Freiherr von Jacquin and subsequently reclassified to a fungus taxonomy in 1871 by German mycologist Paul Kummer.

Since prehistoric times, oyster mushrooms have flourished in the wild throughout the temperate forests of Europe, Asia, and North America.

Oyster mushrooms are not toxic or hallucinogenic, and the entire body from the stem to the cap can be eaten.

Oyster mushrooms acquire their name through their remarkable similarity to freshly shucked oysters in appearance and flavor.

They grow on dead and rotting wood such as dying coniferous and deciduous tree trunks in tropical and temperate woodlands.

They can also grow on decomposing organic matter and like being in the shade.

Oyster mushrooms range in size from medium to enormous, having caps ranging from 5 to 25 cm in diameter.

Its caps are large and fan-shaped, with curved edges that become wavy and lobed as it matures.

Alongside shiitake and button mushroom, oyster mushrooms are among the most widely farmed mushrooms globally, with flavors that blend well with numerous cuisines and dishes.

King oyster mushrooms have been credited with numerous health advantages.

The antioxidants found in oyster mushrooms have been known to defend against free radicals and reduce the risk of serious diseases such as heart disease, diabetes, and cancers.

They are low in calories, high in nutritious fibers, cholesterol-free, and may also help in lowering blood cholesterol levels.

They also have a 40-fold higher concentration of the uncommon amino acid L- ergothioneine.

Exposure to high heat does not damage the plentiful amount of nutrients like vitamins B6 and D, fiber, potassium, and folate.

Oyster mushrooms are excellent sources of antioxidant phenolic substances such as gallic acids and ergothioneine.

The beta-glucans found in oyster mushrooms have antihypertensive effects, lowering the risk of cardiovascular disease.

Oyster mushroom protein extracts are known to contain anti-cancer properties and may prevent breast and colon cancer cells from proliferating.

Statin is a medication often prescribed by doctors to treat high blood pressure or hypertension.

In addition, oyster mushrooms also include dietary fiber, which may help to reduce hypercholesterolemia.

Insulin resistance is prevented by a dietary fiber in P. ostreatus.

Other immune-regulating chemicals, such as vitamin D2, may be found in golden oyster mushrooms, which can help to support immunological health.

What happens if you eat oyster mushrooms raw? 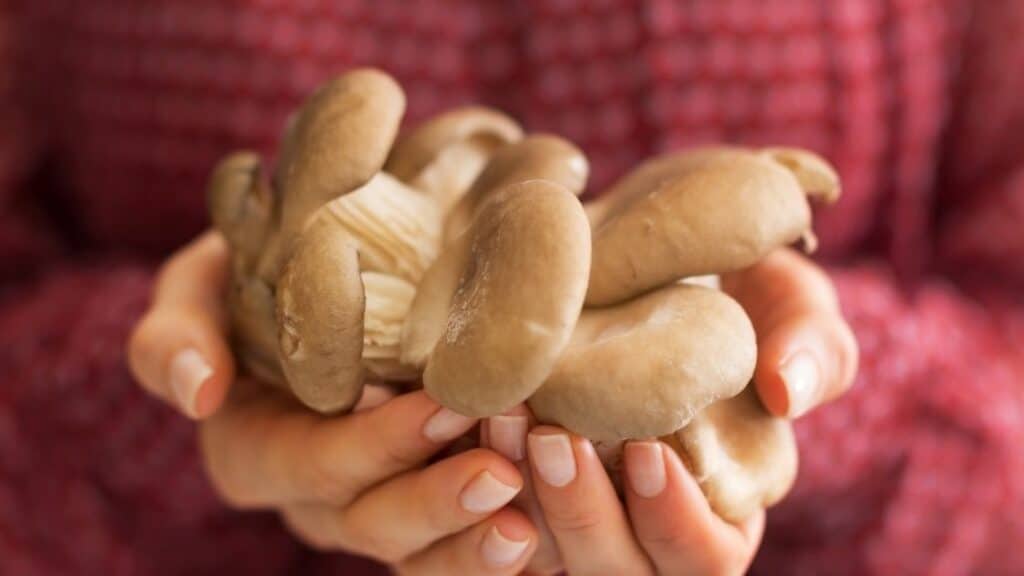 Nothing will happen as raw oyster mushrooms are not poisonous or toxic.

However, while oyster mushrooms can be consumed fresh in salads, they can have an unpleasant metallic or bitter flavor that might not be for everyone.

All these varieties are edible and are a popular addition to pasta dishes or stir-fries.

When you wash oyster mushrooms before cooking, try to avoid immersing them in water, which will have them holding even more water content.

Oyster mushrooms can be sautéed, roasted, braised, stir-fried, fried, or grilled once they have been cleaned.

Use them whole, sliced, or simply broken down into chunks of pieces in the size of your choosing, and you are good to go! 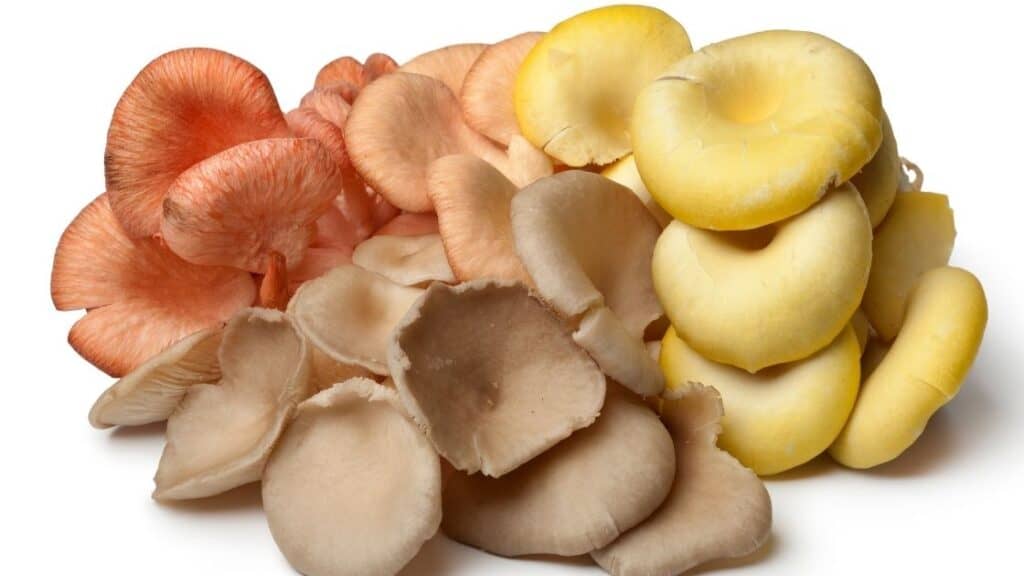 In addition, raw oyster mushrooms are tough to chew and can make your mouth dry.

Oyster mushrooms have a savory anise flavor and smooth oyster-like consistency with a subtle trace of seafood.

As soon as the heat gets turned up, the oyster mushroom loses its spongy feel and becomes silky-smooth with a mild firmness making it easy to chew.

When prepared, oyster mushrooms have a soft, pleasant texture.

Cooking methods such as frying, baking, or grilling keep the mushroom firmness, while slow cooking and stir-frying soften them.

Both flavors are delicate and once the mushrooms have been integrated into a recipe, they are usually invisible.

The flesh of these mushrooms is solid and white, with white gills extending from behind the cap.

They have a subtle, nutty, and seafood-like flavor when fried.

Oyster mushrooms are not only delicious, but they are also highly nutritious.

If you are intending to eat oysters raw, it is essential to have them thoroughly washed before consumption to remove any leftover bacteria or dirt, especially in the cap.

In addition, farmed mushrooms often contain pesticides used in the growing process and bugs love hiding in the ridges of the gills.

Dangerous bacteria such as salmonella and E.coli could still be present and seep into your dish if not removed.

Are oyster mushrooms supposed to be bitter? 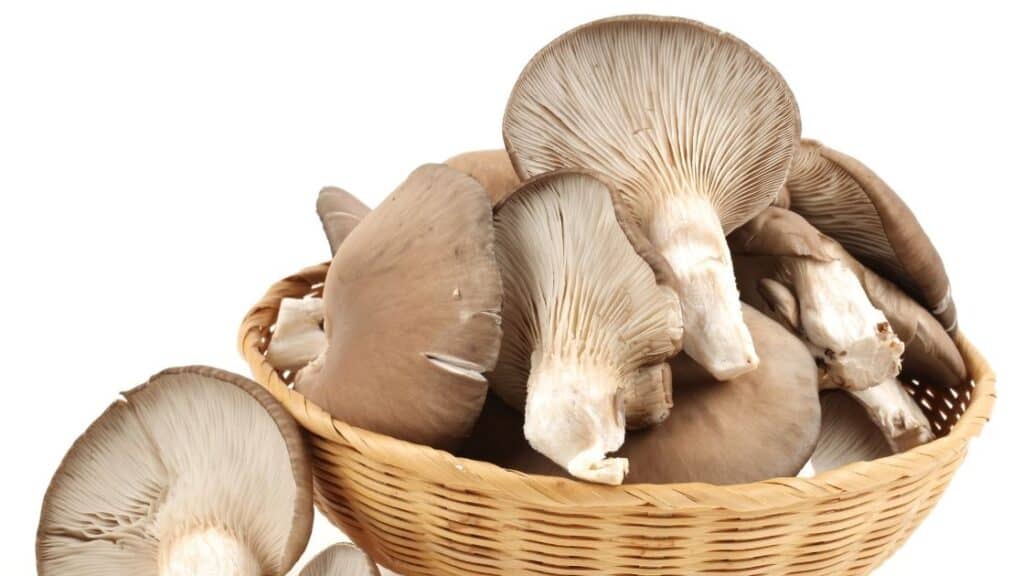 Oyster mushrooms when cooked are absolutely delicious, making them one of the most popular additions to any dish.

However, when eaten raw, oyster mushrooms have a bitter-metallic taste that most find unappealing.

Bitterness can also occur when there are aged spores or in mushrooms that have been improperly cleaned before preparing.

Clean oyster mushrooms thoroughly before preparation to remove any leftover bacteria, dirt, and debris, especially between the gills in the cap.

The substrate in which oyster mushrooms developed could be contaminated with chemicals or bacteria that produce dangerous toxic substances.

Fungi grow near highways, landfills, or industrial locations and can absorb toxic and radioactive contaminants.

Heavy metals may also be present in mushrooms in rare situations.

As a result, only purchase mushrooms from a reputable source or fields that adhere to sound agricultural standards.

Use only fresh mushrooms and avoid any mushroom that shows signs of spoilage like slime or black spots.

To bring out the flavor and enjoy this superfood, oyster mushrooms should be cooked by grilling, frying, roasting, or adding to stews.

Excessive use of oyster mushrooms, on the other hand, may result in unwanted side effects including allergic reactions.

Although rare, mushroom allergies affect about 2% of the world’s population.

If you display any symptoms like vomiting or diarrhea after eating oyster mushrooms, limit your consumption and seek medical advice if the symptoms worsen.