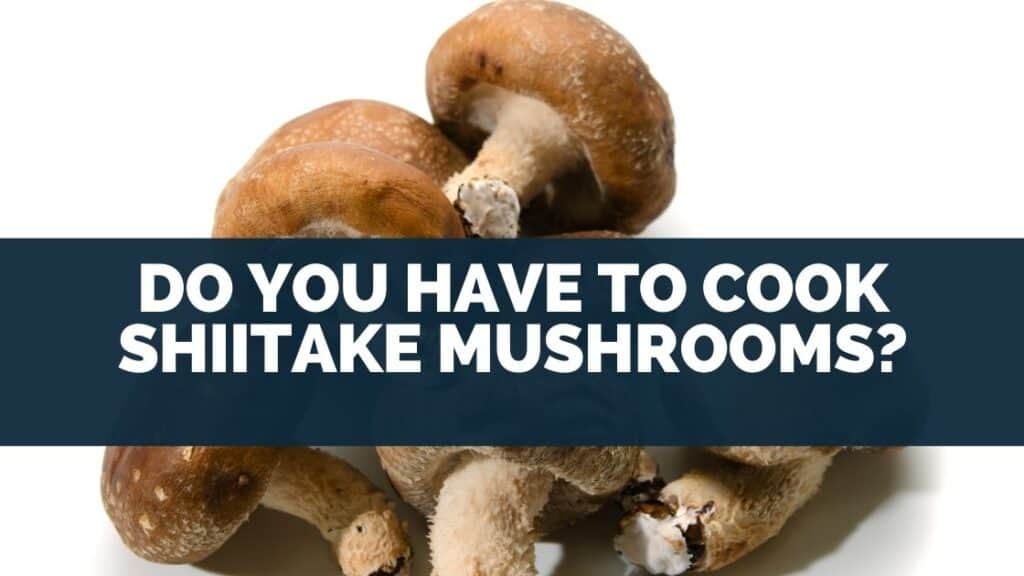 Shiitake mushrooms are generally native to East Asia, and also are among the most commonly eaten mushrooms globally.

They have a stiff, tough stem and have a slender shape and light brown appearance.

Because the stems of this mushroom are tough and fibrous, stems can be removed before cooking.

Although shiitake mushrooms can be eaten raw, their flavor is considerably more prominent and enhanced if cooked.

Shiitake mushrooms have a deep, meaty, yet buttery flavor when they are cooked.

Fresh shiitake mushrooms have a much more delicate consistency than dried mushrooms, but their flavor is milder.

Shiitake mushrooms (Lentinula edodes) are a popular item in Western cuisine and can be purchased fresh, dried, or canned.

Shiitakes are known for their savory flavor and meaty texture.

They also contain several important nutrients  and have been studied for their potential medicinal properties.

The nutritional value of dried shiitake mushrooms is identical to that of fresh mushrooms, but their flavor is more robust, and they must be soaked before eating.

The most common way to prepare the mushroom for cooking is to cut the larger mushroom caps in half while setting the stems aside, as they will not be used for cooking.

In a skillet, heat a healthy oil like sesame and saute the mushrooms for 5 to 10 minutes, or till they turn a brown hue.

Then add seasoning like soy, lemon, or chili for taste.

Once the shiitakes go glossy, you can turn off the gas and allow them to continue cooking in the hot oil. 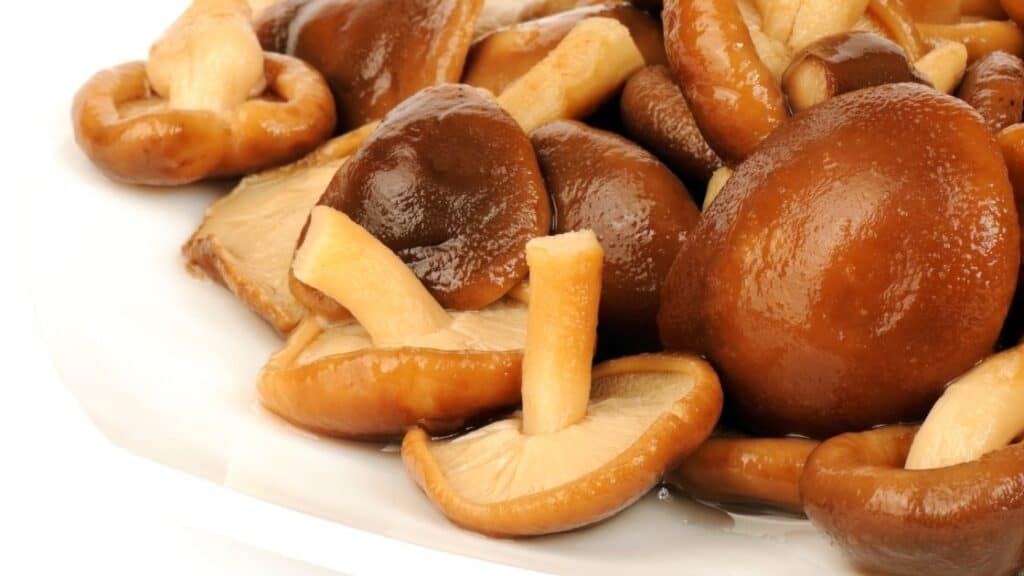 The mushroom includes lentinan, a substance that may activate the immune response.

If prepared and consumed in small quantities, the shiitake mushroom is harmless.

However, if eaten excessively or in more concentrated forms such as in medicines, shiitakes can trigger stomach pain, skin swelling, blood irregularities, allergic skin reactions, and respiratory issues in some folks.

The immune system may become more active due to shiitake mushroom consumption, especially if allergic to mushrooms.

Although rare, mushroom allergies affect about 2% of the world’s population and differ according to the individual species.

Being allergic to a certain type like portobello does not automatically give you a shiitake mushroom allergy.

Allergies can exacerbate the signs of auto-immune illnesses, so it’s best to avoid them if you start exhibiting symptoms once you have consumed shiitakes.

This mushroom is the world’s second most popular and consumed mushroom all around the globe.

While most commonly used whole and in several popular dishes, they are also frequently used medicinally in the form of a powdered supplement as a natural treatment for various ailments, predominantly in Asian culture.

This is because the body cannot handle concentrated amounts of lentinan and might start to show symptoms of an auto-immune disease.

Shiitake mushrooms have been used in traditional folk remedies in Asia for hundreds of years.

Currently, there is much research into the active chemical substances in shiitake mushrooms that may be responsible for their health benefits.

These active substances are known as “secondary metabolites”.

Cultures have been using shiitake mushrooms to treat various ailments like cases of flu and colds.

While there is no medical proof to back up these claims, there is rudimentary research that suggests that shiitake mushrooms may have anti-cancer properties which can be effective when used alongside modern Western medicine. 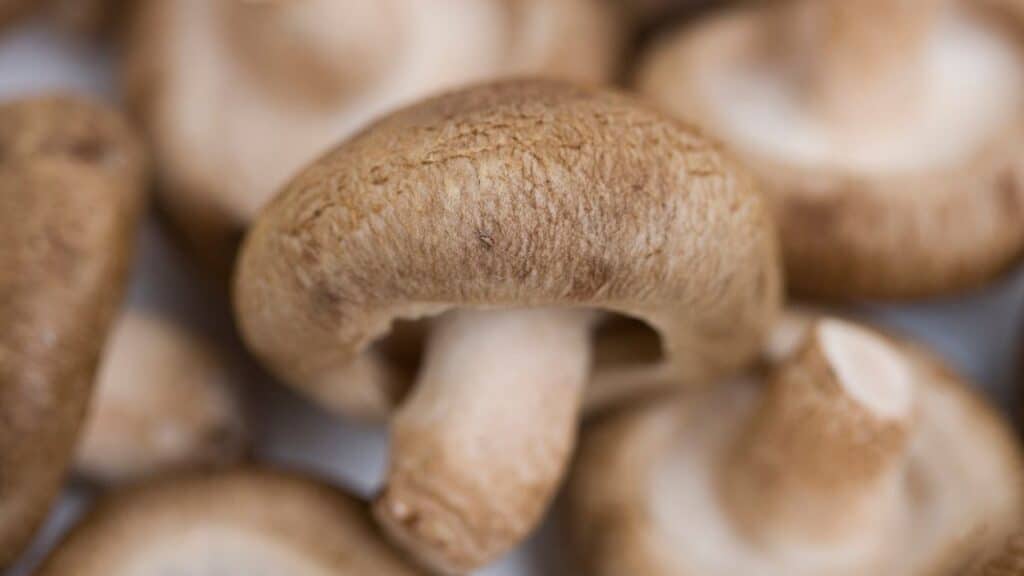 Shiitake mushrooms that have been mishandled can get infected with viruses and bacteria, which can lead to food safety issues or food poisoning.

Simple food preparation rules apply, and mushrooms should be washed before preparation to remove all leftover bacteria, chemicals, bugs, and dirt.

If shiitake mushrooms are causing cramps or diarrhea, it could be due to a mushroom allergy or intolerance that can suddenly appear, or the body’s inability to process the high levels of fiber.

Because of their size and meaty content, shiitake mushrooms have long been used as a protein source in recipes.

It does, however, have such a propensity to spoil fast, usually after seven days of buying fresh mushrooms.

Consumption of damaged or rotting mushrooms might result in gastrointestinal problems and at times, food poisoning.

Fresh mushrooms do not naturally contain bacteria that can make the person sick, but they can get contaminated if they are cultivated carelessly and not adequately sterilized.

It isn’t the mushrooms themselves that are contaminated, but the bacteria that often lurks within its cap and in its gills.

An allergic response to shiitake mushrooms also can cause severe diarrhea.

Because the signs of allergic reactions and food poisoning are so similar, they are frequently misunderstood.

In addition, use fresh mushrooms quickly after they are bought.

They don’t have a shelf life of very long and eating a mushroom that has gone bad will give you a gastrointestinal upset for sure! 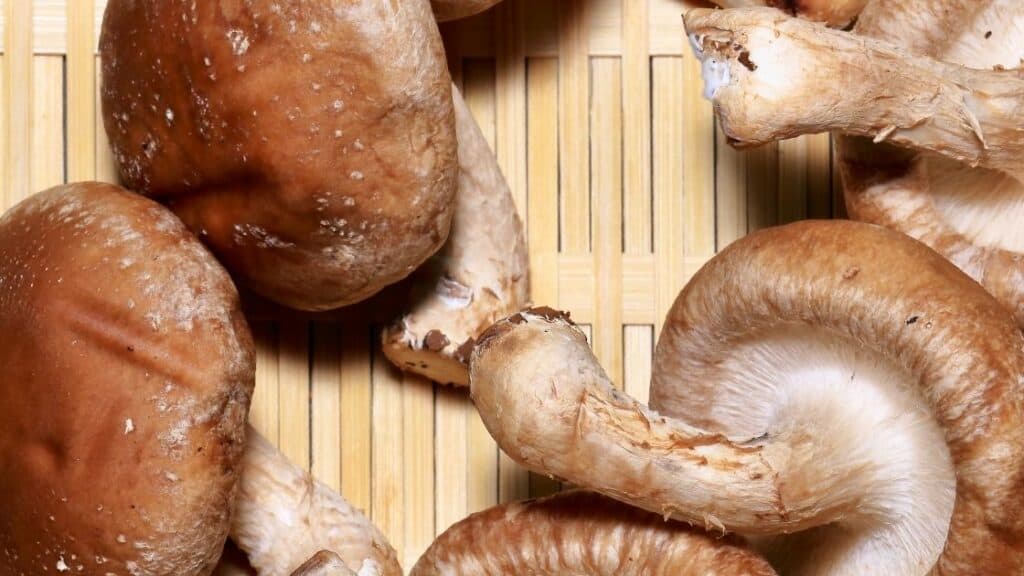 Mushrooms are healthy, nutritious food but they also have been linked to severe allergic reactions and mushroom poisoning if the type of mushroom ingested was unclear.

Mushroom allergies affect about 2% of the global population and symptoms can range from mild itchy skin to nausea, hives, and anaphylaxis.

Symptoms can develop immediately or take several hours, even days to show.

In fact, there are many species of poisonous mushrooms that, to the untrained eye, look like edible mushrooms.

The death cap, or amanita phalloides, can prove fatal if even half the mushroom is consumed.

Never eat a wild mushroom unless you are 100% sure of its identity.

If you’re unlucky enough to suffer from mushroom poisoning, be sure to take the mushroom in question to the medical center so they can accurately diagnose and treat you.

If you’ve got a mild stomach ache from eating mushrooms, you might be slightly sick from improperly prepared food or a mild allergy.

Mushroom allergies can spring up at any time in your life.

A mushroom intolerance caused by the body’s inability to recognize the proteins in the food is uncommon, but it can occur suddenly.

Food intolerance occurs when your body reacts abnormally to a certain food.

The body may not be able to digest the food properly, or the immune system may react to it.

When immunoglobulins are present, the immune system cannot distinguish between harmful and harmless proteins.

In the case of mushroom intolerance, there is no cure. Common symptoms include:

If you’re allergic to mushrooms, perhaps the best course of action would be to avoid them altogether.

Also, check on your food when you’re ordering a meal elsewhere, and ensure that no mushrooms are prepared using the same cookware, utensils, and facilities as your food.

Another option is to take antihistamine tablets, which can be prescribed by a doctor and can help reduce the symptoms of an allergic reaction.