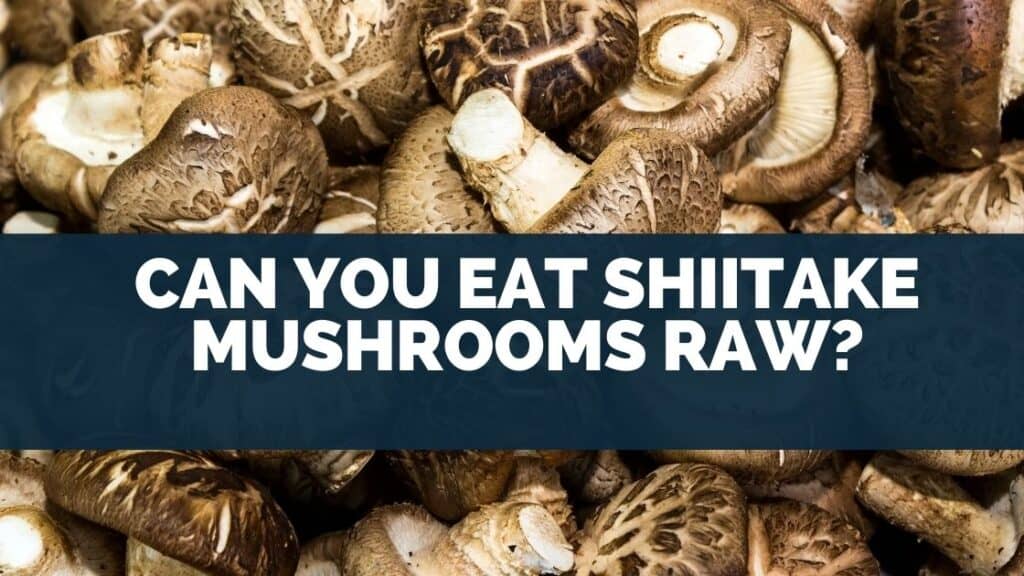 Shiitake mushrooms are known for their unique appearance — they have large, brown caps with a pale underside — as well as their various purported health benefits.

In this article, we’ll talk about the potential health benefits of consuming shiitake mushrooms, as well as consider the possible risks and benefits of eating them raw.

Shiitake mushrooms have a much more enjoyable taste when cooked, as compared to their flavor in raw form.

They have a rich, meaty, even buttery taste when cooked, and are much blander when eaten raw.

However, shiitake mushrooms can be eaten raw if you prefer.

The majority of the population will not have any dangerous side effects from eating shiitake mushrooms raw, but a small minority will develop a skin rash, called shiitake dermatitis.

Is it better to eat mushrooms raw or cooked? 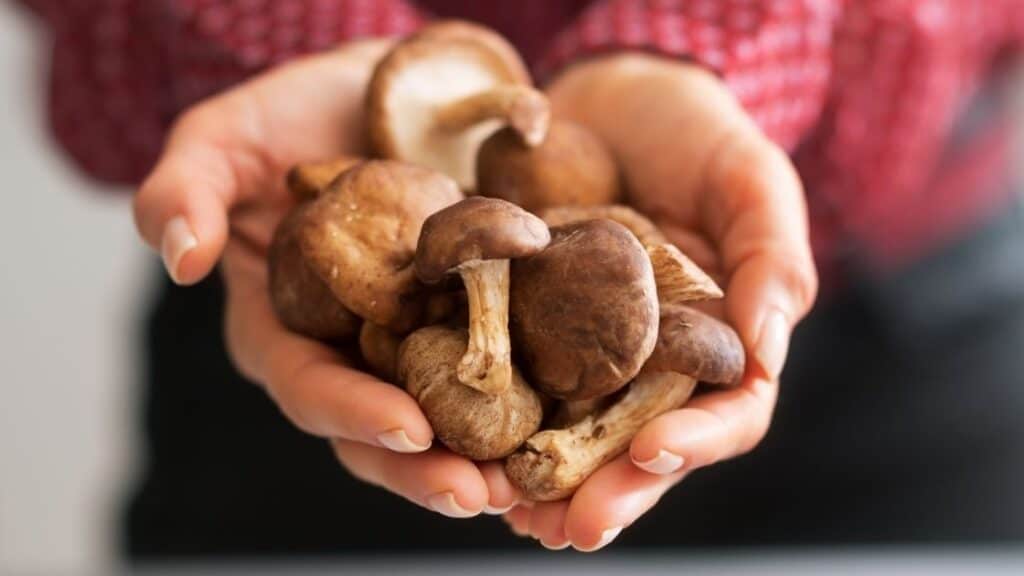 It is possible to eat mushrooms raw if this is your preference.

Of course, this assumes that they are edible varieties and not toxic to humans.

However, it is generally better to eat them cooked, both for flavor and for health.

All mushrooms contain a compound called chitin, which is found in the cellular walls of mushrooms.

Chitin is a very hard substance.

It is found in lobster and mollusk shells as well as mushrooms.

The majority of humans are unable to digest chitin at all, as we lack the requisite digestive enzymes.

This results in more difficult digestion, and it also means that our bodies will have more limited access to the health-promoting nutrients in mushrooms.

The cooking process makes mushroom digestion (and subsequent nutrient absorption in our bodies) easier by breaking down chitin so that your digestive system doesn’t have to work so hard.

Therefore, there is a good chance that eating mushrooms raw may irritate your digestion, and it also likely prevent your body from absorbing all of the nutrition and beneficial compounds found in the mushroom.

The bottom line is that you can eat mushrooms raw if you prefer the taste, or for the sake of convenience (for example, if you discover an edible variety of wild mushrooms while foraging, and want to taste them before arriving home to cook them up).

But from a digestion and nutrient absorption perspective, it’s likely better to cook mushrooms before eating them.

What compounds are in shiitake mushrooms that might make them dangerous? 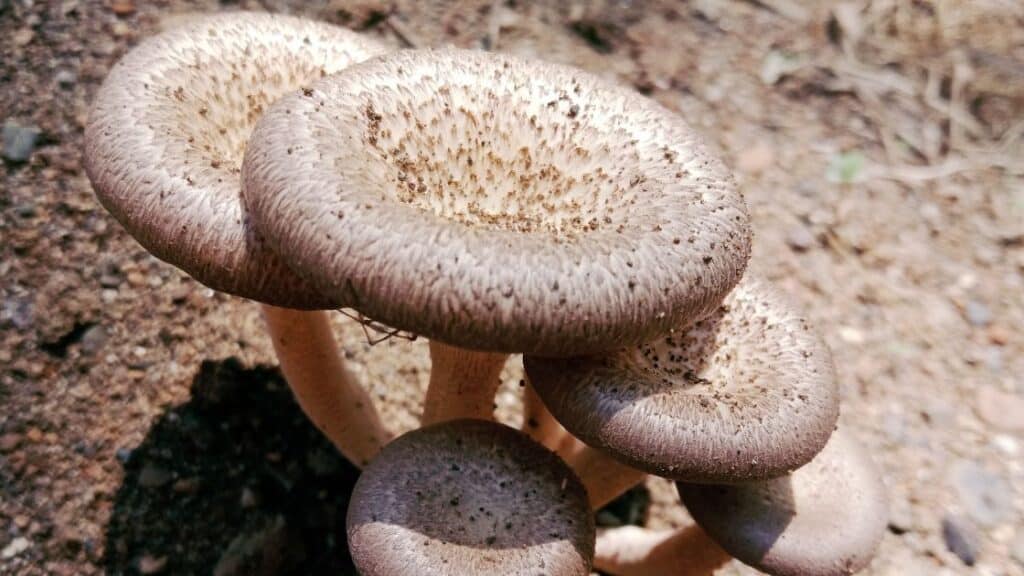 Interestingly, the very compound that seems to be very valuable for human health is the one that causes adverse side effects for some people.

Shiitake mushrooms contain a compound called lentinan, which has potential anti-inflammatory and even purported anti-cancer benefits.

But some people have an adverse reaction to this compound when eating raw shiitake mushrooms.

A 2015 study conducted by the University of Florida found that in people who ate a 4-ounce serving of dried shiitake mushrooms every day for four weeks, there was an improvement in bloodwork that indicated a beneficial effect on the immune system, as well as a reduction in inflammation.

The most probable explanation for the benefits of shiitake mushrooms is that they contain a compound called lentinan.

Lentinan is a beta-glucan, which is a specific type of polysaccharide.

But lentinan also has potentially negative effects on humans who eat shiitake mushrooms.

Lentinan is thought to be connected with a condition that some people develop after eating raw or undercooked shiitake mushrooms, known as shiitake dermatitis.

A possible explanation is that in sensitive people, the stimulation to the immune system that lentinan prompts is just too much.

In essence, these people have an overactive immune system, which results in a flood of immune system-induced inflammation that presents itself in the form of skin irritation.

Can you eat shiitake mushroom stems? 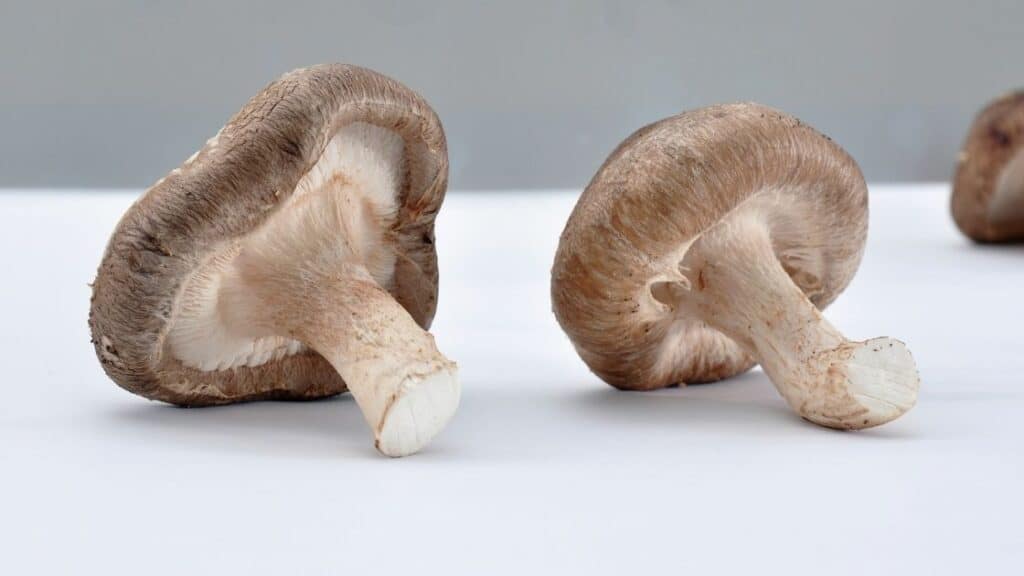 Shiitake mushroom stems are typically too tough to be eaten raw, so it is recommended to use a knife to remove them from the caps before cooking.

However, you can save the stems and add them to soups, stews, or stocks to enhance and deepen the flavor, and to avoid wasting the stems.

There are some varieties of mushrooms that have stems that are more or less edible, as they have a more tender texture.

But shiitake mushroom stems are much more woody and tough and are therefore less appealing to eat.

However, adding them to soups, stews, or stocks is more desirable, because the longer cooking process breaks down the tough texture of the stems and also imbues the soup with a deep umami flavor.

Also, the longer you simmer the soup, the more nutrients from the mushroom stems will be extracted into the liquid.

What happens if you eat shiitake mushroom stems? 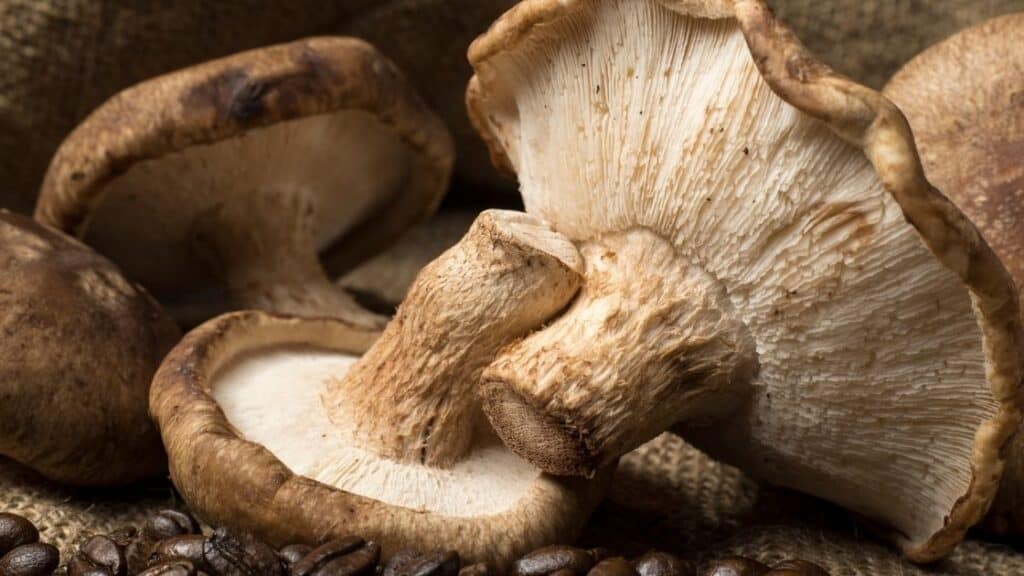 Eating shiitake mushroom stems is generally not recommended, as they are woody and tough in texture.

Most people tolerate shiitake mushrooms well from a digestive standpoint, but a minority will experience digestive upset or even a skin reaction (as discussed previously in our article).

Can shiitake mushrooms make you sick? 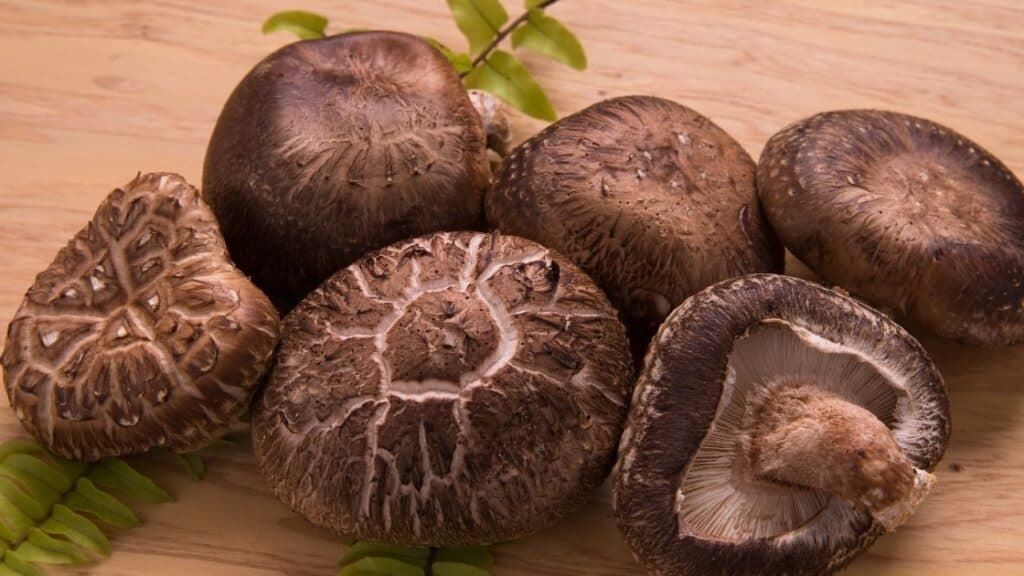 Shiitake mushrooms could possibly make you sick, due to a variety of factors that have already been discussed in our article.

It could cause an irritated digestive system due to the chitin that is present in the cell walls of the mushrooms, or it could be a skin reaction to lentinan which is present in shiitake mushrooms.

These factors are more likely to be problematic if you eat raw or undercooked shiitake mushrooms.

The factors above are more likely due to a sensitivity to mushrooms.

In this case, the presentation of symptoms may come and go, depending on a variety of factors.

But it’s also possible that you have a mushroom allergy, in which case the reaction is likely to occur any and every time you eat mushrooms.

Shiitake mushrooms are a unique, intriguing type of edible fungus that warrants inclusion in many healthy diets.

Watch this video for more information about shiitake mushrooms.