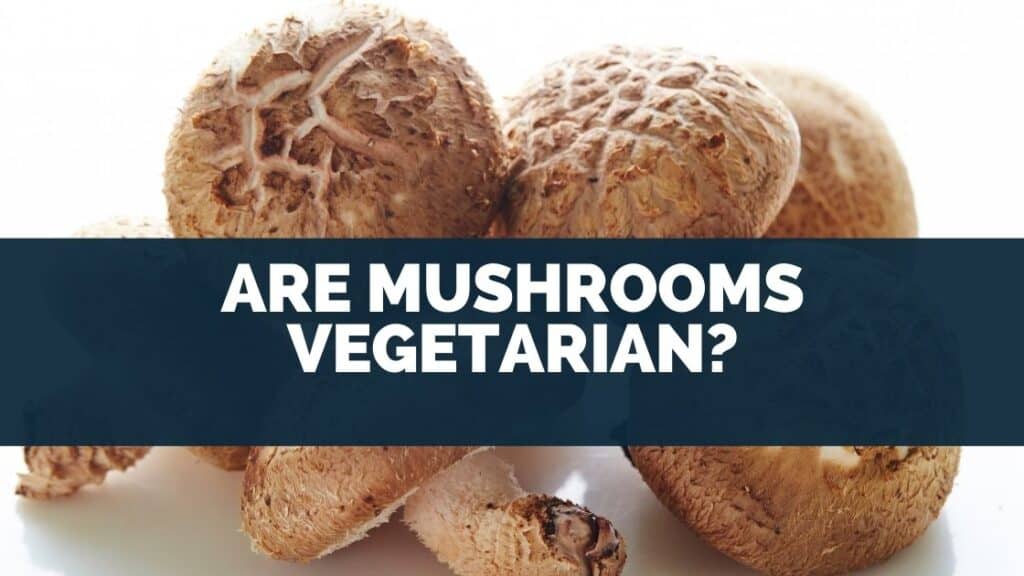 A mushroom can be described as a prominent umbrella-shaped fruit body or sporophore of a specific fungus.

The name mushroom is generally used to describe edible sporophores and is often referred to as Agaricus campestris, a common edible fungus found in fields and meadows.

On a microscopic level, biologists categorize all living things into kingdoms.

While fungi and animals have some similarities on a cellular level, mushrooms are vegetarian because they belong to the Fungi kingdom and not the Animalia kingdom, the same kingdom as yeasts and molds.

Chitin is one of the components that are present in crustaceans like shrimps, lobsters, and crabs.

Scientifically speaking, mushrooms are not animal products and are suitable for the vegetarian or vegan diet.

They provide several health advantages of vegetables while also providing a meaty flavor and texture without adding fat or cholesterol.

Despite their lack of protein, mushrooms are unquestionably a fantastic meat alternative.

Mushrooms are available in a variety of sizes, shapes, and colors.

From puffballs to truffles, mushrooms can be inexpensive or expensive delicacies, all depending on the scarcity, type, and taste.

Versatile, healthy, and flavor-enhancing, mushrooms have been utilized in various cuisines for thousands of years.

Although there are over 100,000 mushroom species available, about 3,000 species are actually edible.

Agaricus bisporus, or the white or button mushroom, is the most cultivated mushroom and has several varieties that may be found in kitchens and restaurants all around the globe.

With high amounts of vitamin C, niacin, copper, and the powerful antioxidant ergothioneine, white mushrooms are also ranked as the healthiest mushroom by the USDA.

Go to top
Table Of Contents show
1 Why are mushrooms considered non-vegetarian to Hindus?
2 Why Indians do not eat mushrooms?
3 Do yogis eat mushrooms?

Why are mushrooms considered non-vegetarian to Hindus? 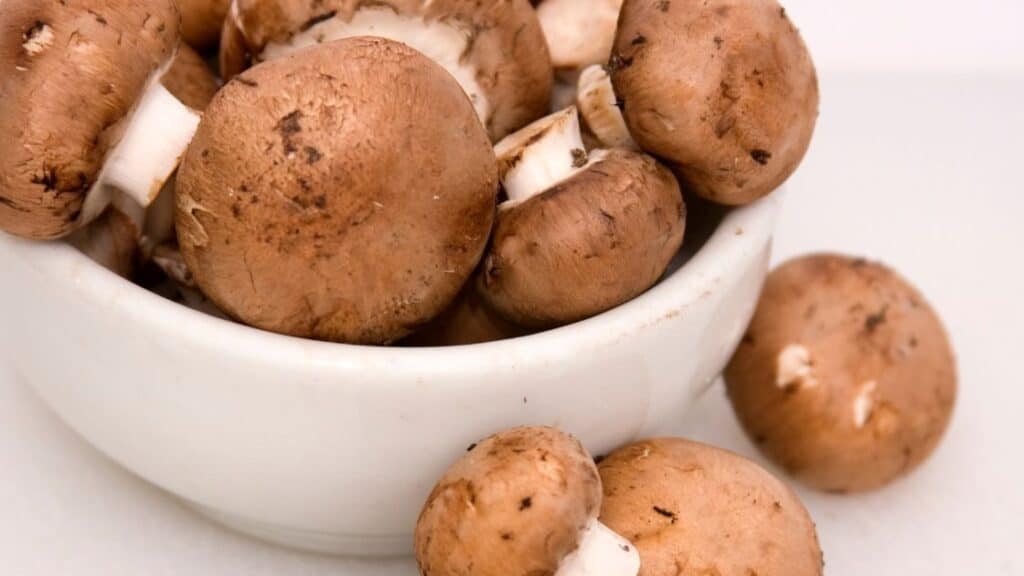 Mushrooms do not thrive in such a clean environment and are saprotrophic, meaning they live in the soil and act as decomposers.

Saprotrophic foods are unacceptable and frequently labeled non-vegetarian by Hindus.

In Hindi, the mushroom is known as kukurmutta, while in Sanskrit, it is known as chattraka.

Ayurveda divides foods into groups based on their rasa (or taste), virya (energy), vipak (aftertaste), and prabhava (particular attributes).

The Ayurveda food groups are followed by a vast majority of Hindus that fall into three different categories: Sathvik, Rajasic, and Thamasic.

As mushrooms do not thrive in a clean environment and are thought to grow in unsanitary conditions, they are often labeled non-vegetarian by Hindus and avoided.

All the features of mushrooms are tamasic, which includes meat and non-vegetarian foods.

The term “sattvic” indicates “pure essence” and is generally supposed to be refined & healthy, providing emotions of peace, joy, and clarity of mind.

It is derived from the term ‘Raja,’ which signifies king and denotes kingly or appropriate for a king.

However, it promotes hostility and makes it just a little more dominant.

When the mind gets hyperactive and less calm, it is thought to be due to the excessive consumption of Rajasic food.

In addition, fermented foods such as bread, vinegar, pastries, cakes, liquor, and stale food all are considered Tamasic foods.

Why Indians do not eat mushrooms? 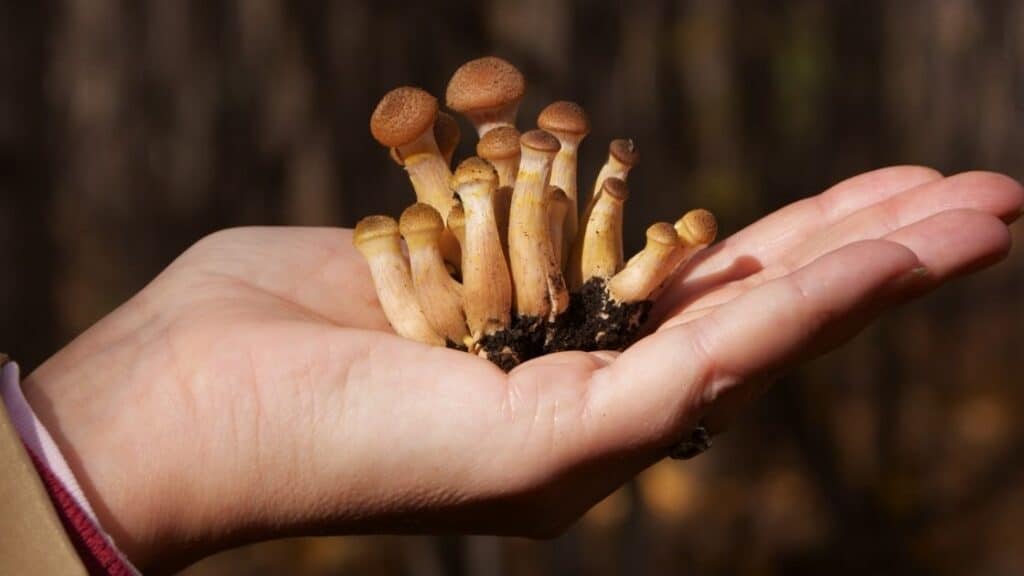 In India, approximately 80% of the population is Hindu with a firm belief in Ayurveda.

Among the most generally recognized food groups following the Ayurvedic pattern, mushrooms are thought to be growing in unsanitary environments.

They are saprotrophic, meaning they live in the soil and function as decomposers.

In addition, the Indian population has very little information to differentiate between toxic and edible mushrooms, understandably erring on the side of caution.

Mushrooms are allowed to be eaten by Muslims and Sikhs. ‘Mun’ is an Arabic term that means “favor” in Qur’an.

Of course, it also suggests being cautious because of the proliferation of toxic mushrooms.

In Christianity, the church leaves it up to the church’s individual members to decide whether they should eat mushrooms, or not.

However, there is no religious or health taboo against consuming mushrooms that fit a vegetarian diet.

Mushrooms are slowly but steadily gaining popularity in Indian kitchens all over the country.

In Kashmir, the northernmost region of the Indian subcontinent, mushrooms have traditionally been harvested and large-scale mushroom cultivation activities started in Kerala and Karnataka.

Mushroom cultivation in India is a growing industry.

The total production of cultivated mushrooms was about 40 thousand metric tonnes per annum in the last decade, with a figure that steadily increases every year.

About 25% of the total production of mushrooms in India is accounted for by the cultivation of white, or button mushroom.

Mushrooms are grown mainly after plowing and leveling the soil to make it clean, friable, and suitable for cultivation.

The beds are then prepared by heaping up alternate layers of fresh horse dung or cattle dung pats moistened with water, and a layer of soil about 4 cm thick. 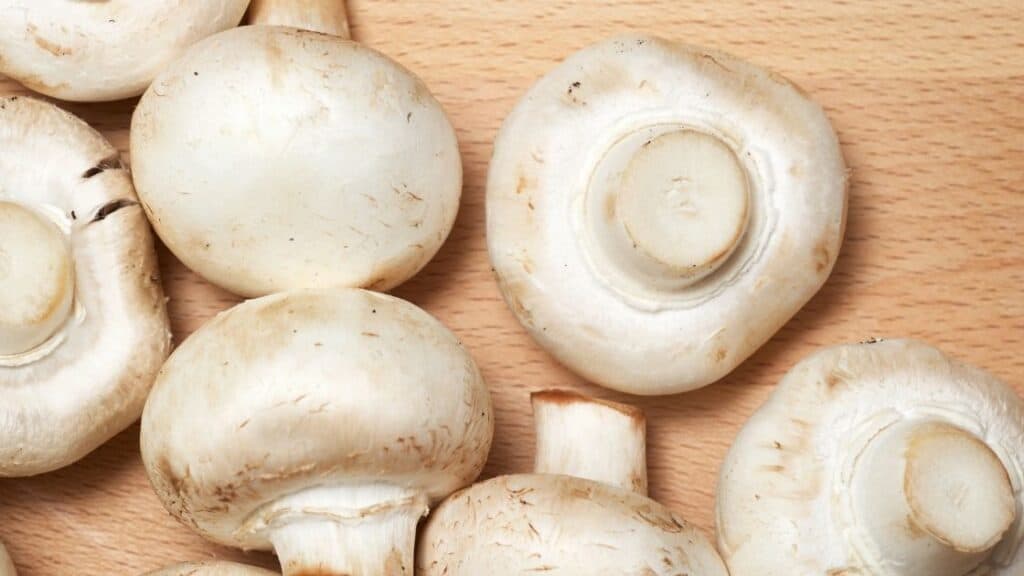 Mushrooms are among a group of foods that should be avoided when doing yoga.

In Ayurveda, they’re classified as a “tamasic” diet, meaning they can cause lethargy or mental slowness among those who consume them.

It comprises meals with sattvic properties, boosting energy and bringing the body and brain into harmony.

When feasible, Rajasic and Tamasic foods are limited or avoided by yogis, as their low frequency, or life energy, and inherent poisons are thought to impair the health of the individual who is consuming them.

One of the primary principles in yoga is not to injure any life form, hence, vegetarian and vegan diets are frequently advocated by yogis.

The tamasic intake is thought to cause sadness, causing a person to become irritable, gloomy, and think impure ideas.

It is believed that you would go on a tremendous and life-changing adventure when you give up tamasic foods.

In stark contrast, fermented foods in the western diet are believed to contain probiotics, the essential bacteria for a healthy immune system and a balanced gut.

Although vegetarianism is not required in Hinduism, several Hindus forego eating meat to prevent harming other animal creatures.

In specific Hindu literature, vegetarianism is regarded as sattvic food, or a way of living that purifies the minds and bodies.

Most yogis will consider becoming vegan or vegetarian at a certain point during their practice.