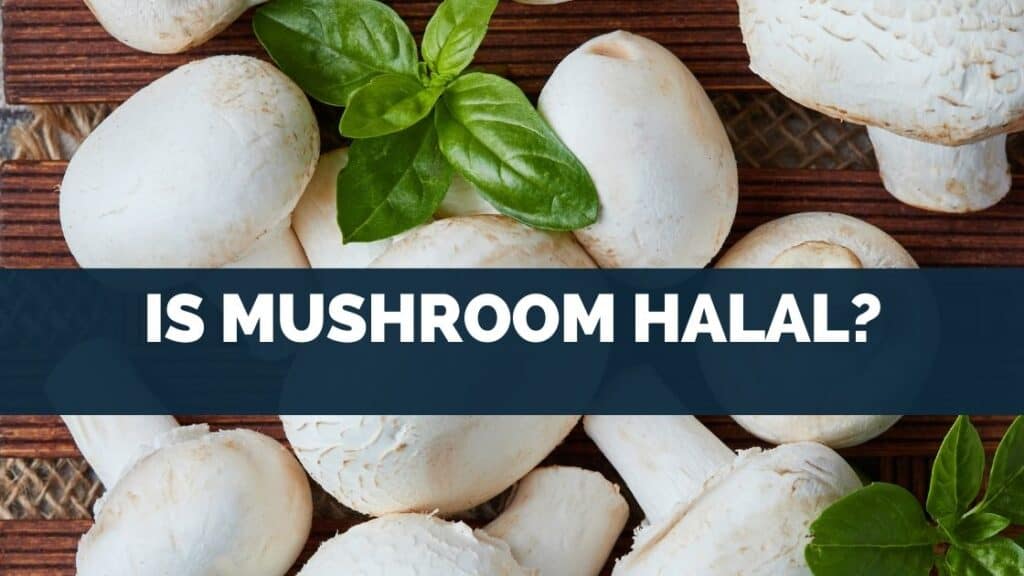 Mushrooms are the edible reproductive sporophores produced by specific fungi.

They bear spores for the plant and are the primary reproductive organs.

Mushrooms are considered vegetables due to their nutritional content.

All vegetation is halal as they grow from the ground and are considered pure.

Only poisonous or deadly species are not halal.

Edible mushrooms are considered halal, and their consumption, purchase, and sale are all accepted in Islam.

Under Islamic law, all healthy foods are considered halal.

Therefore, in terms of food, to be halal means that it does not contain alcohol or pork and that the ingredients have been ethically sourced.

Knowing what foods are halal and which ones aren’t is a crucial concern for Muslims, who often find themselves in a pickle while traveling and unable to find halal food.

Let us look at the Islamic ruling regarding food:

The word “halal” literally means permissible or lawful in Arabic.

The opposite of “halal” is “haram”, meaning forbidden or unlawful. All things are divided into three categories:

Halal standards differ slightly between different religious groups – for example, dairy products are not considered halal by some Muslims.

If a meat is considered halal, it generally means that the animal was slaughtered in a specific way that involves cutting the jugular vein by using a sharp knife, bringing sudden death to the animal.

In addition, those eating only halal food can only eat meat that has been cut off of the bone.

According to Sahih al-Bukhari, Sayyiduna Sa’id ibn Zayd (Allah be pleased with him) narrates that he heard the Messenger of Allah say: “Mushroom is from the al-Mann, and its water is a cure for the eyes.” (Source)

Imam Ibn Hajar al-Asqalani, who is a hadith master, interprets this statement from The Messenger of Allah as mushrooms being a gift from Allah as it grows naturally after rains and requires minimal farming.

Al-Mann and Salwa refer to that which was sent down on the people of Sayyiduna Musa Banu Isra’il as a bounty from Allah Most High.

Edible mushrooms have high nutritional content and have been proven to have numerous health benefits such as reducing the risk of cancer and heart disease.

The nutritional value of mushrooms classifies them as functional foods providing an excellent source of vitamin B, proteins, and antioxidants.

However, there are poisonous mushrooms that should not be ingested as they can lead to health emergencies and even death.

The death cap mushroom or Amanita phalloids, is a deadly mushroom responsible for almost all mushroom poisonings worldwide.

When harvesting from the wild, take extreme care and only consume what you are 100% sure of.

Is mushroom haram in Islam? 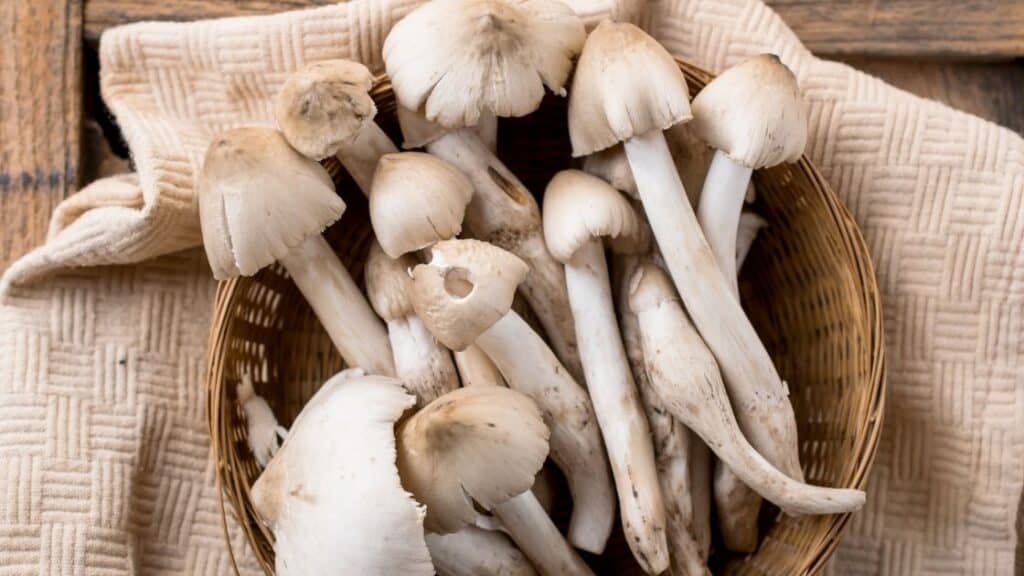 Mushrooms are not haram.

Every vegetation or plant is halal to consume unless it has been fermented to contain alcohol, intoxicants, or other potentially dangerous components.

Since mushrooms are categorized as vegetables, they are halal.

As long as the mushrooms are not genetically modified with ingredients and products classified as haram, they can be consumed safely.

Only poisonous mushrooms can be considered haram as they can cause harm to human health.

In Zaad-ul-Ma`aad, Alayhi says that mushrooms are a cure for paralysis bi-Idhnillaah, and in Imam Ibn Hajar al-Asqalani’s interpretation of the Messenger of Allah’s message, a mushroom is from al-Mann, which is a bounty from Allah The Most high.

Therefore, Muslims are allowed to have mushrooms as long as they are careful not to eat the poisonous ones.

New food cannot be added to this list, and neither can any of them be removed.

The foods are forbidden because of many health-related reasons, and religious Muslims would not consume them. 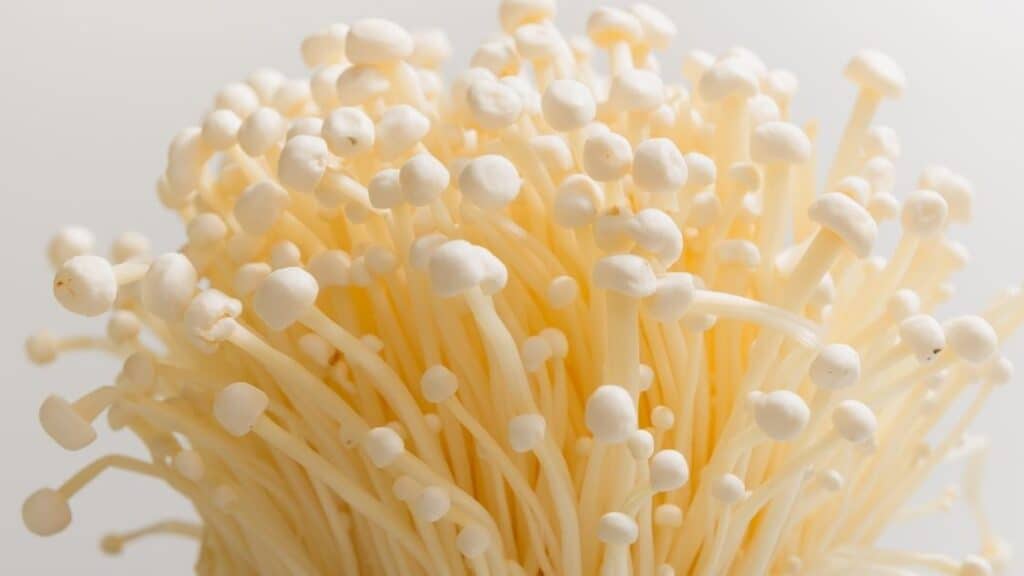 Enoki mushroom is completely halal as it is also a type of vegetable and has no poisonous components.

Enoki mushrooms are not mentioned in the Quran as haram and are therefore assumed to be halal.

Enoki mushroom is highly nutritious and very healthy, with high levels of fiber and antioxidants.

The benefits of this exotic mushroom are undeniable, and it has been used in Eastern medicine to treat various ailments, including reducing blood sugar, cholesterol, and hypertension.

Enoki mushrooms contain numerous bioactive components such as glycoproteins and phenolic components, which gives them anti-tumor and anti-cancer properties.

Many people do not know what is halal or not, and there are plenty of gray areas.

At times, it comes down to good intentions.

If a halal food is unintentionally or unknowingly ingested, it is the Islamic belief that you will not go to hell.

Is enoki mushroom safe to eat? 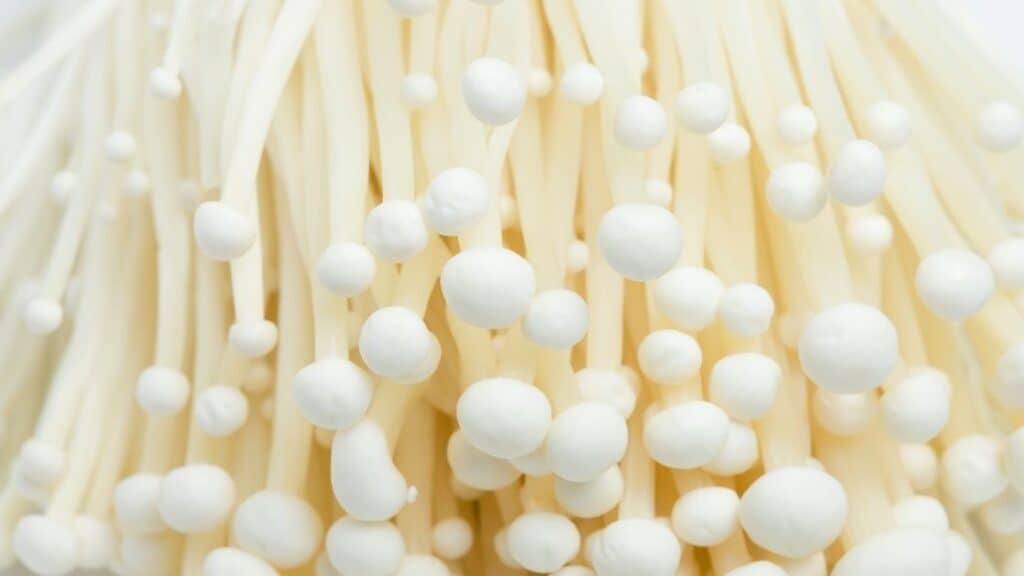 The enoki mushroom is an exotic species of mushroom that is entirely safe for consumption.

The mushroom comes in the form of stalks with long, thin white stems linked to white crowns when purchased in the market.

However, in the wild, the hue of the top has a more orange-peach color than the white that is seen when in stores.

The color difference between wild and farm enoki mushrooms is due to their cultivation.

Freshly-bought enoki from the market is preferred for consumption.

Enoki mushroom is edible both raw and when cooked.

However, it is recommended that they are cooked as mushrooms contain high amounts of fiber that the human digestive system cannot digest.

Cooking or boiling them will break down these fibers and make the nutrients more available.

These mushrooms are a good source of nutrients, including vitamin B, that is required for all