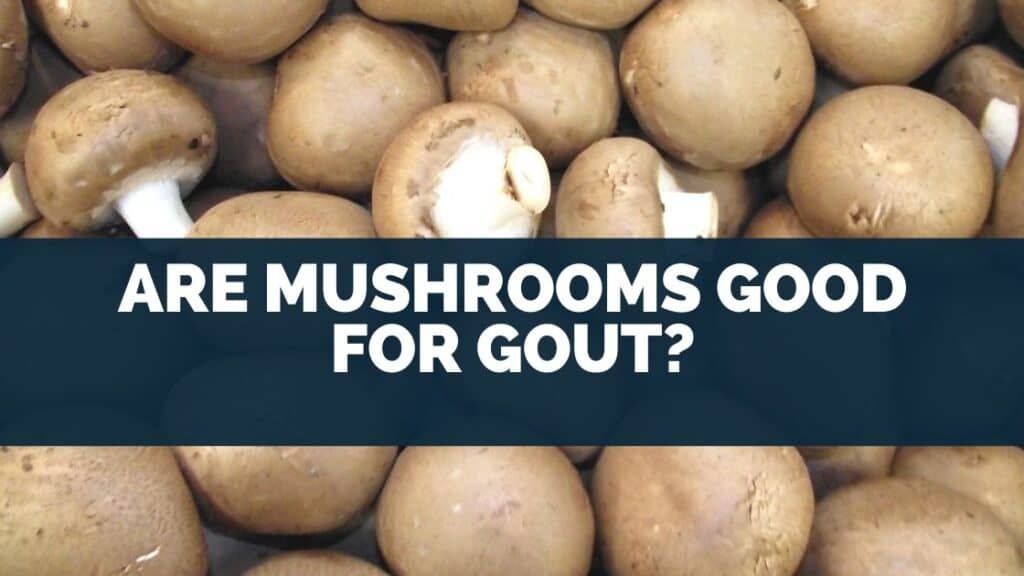 Mushrooms are a healthy and low-calorie way to stop overeating and help people lose weight.

Those looking to lose weight may also want to consider including mushrooms in their diet as gout sufferers can often experience attacks when they gain too much weight.

Mushrooms have been shown to have anti-inflammatory properties that can help with symptoms of arthritis and gout.

Additionally, mushrooms have a high level of potassium, which can help lower the levels of uric acid.

Gout is a form of arthritis that is caused by the buildup of uric acid in the body.

It can be treated with medication and lifestyle changes, but it can also be prevented with diet and exercise.

The symptoms of gout include pain, swelling, redness, warmth, and stiffness in joints.

The most common joint affected by gout is the big toe.

Gout can also affect other joints such as knees, ankles, wrists, fingers, or elbows.

There are many ways to manage gout.

First of all, people with gout should avoid eating certain foods such as shellfish.

They should also avoid drinking too much alcohol or coffee because these drinks can cause uric acid levels to rise.

In addition, people with gout should try not to have a high-protein diet because this will increase the risk of developing gout attacks.

People with gout should be relatively active so that the uric acid does not accumulate in the joints.

Mushrooms contain potassium that can help reduce the symptoms and discomfort from gout by lowering uric acid levels.

They also contain loads of selenium, a powerful antioxidant that fights free radicals in our bodies and reduces the levels of oxidative stress.

Free radicals are present in our environment and almost impossible to avoid.

They are unstable molecules that come from tobacco, industrial chemicals, contaminants, and smoke.

An imbalance of free radicals and antioxidants results in a condition called oxidative stress.

Long periods under oxidative stress can lead to severe illnesses like heart disease, Parkinson’s, and cancer.

Finally, mushrooms are a great source of vitamin D, which is important for bone health and immune function.

Go to top
Table Of Contents show
1 Is mushroom good for high uric acid?
2 Mushroom purine content
3 What mushrooms are high in purines? 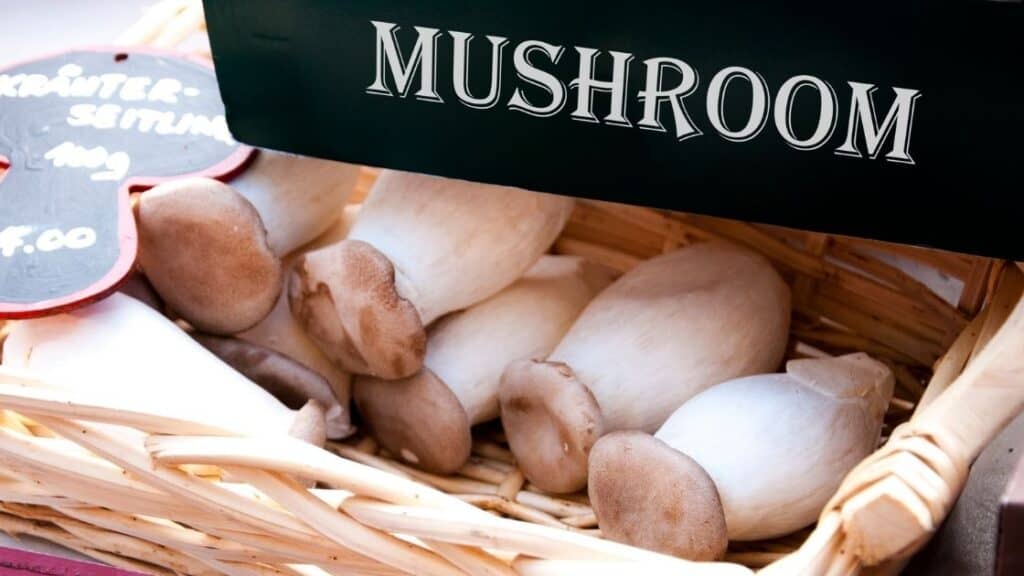 Yes. Gout is caused by high uric acid levels in our bodies.

Mushrooms are an excellent source of potassium, an essential mineral that has been shown to relieve symptoms by lowering uric acid levels.

Uric acid is a natural substance that is mainly produced by the liver.

It is also produced in smaller amounts by the kidneys, pancreas, and intestines.

Uric acid is used to make chemicals that help with digestion and breaking down food.

The kidneys filter uric acid from the blood and either pass it into urine or reabsorb it back into the bloodstream.

If too much uric acid builds up in the blood, it can form crystals that collect in joints and other tissues, creating a condition called gout.

Gout is a condition caused by high levels of uric acid in the blood.

If you have gout, you may feel a throbbing or fiery pain, usually in your big toe but sometimes in other joints as well.

Anyone with gout or kidney disease should check their uric acid levels frequently, as gout symptoms and discomfort are exacerbated by high levels of uric acid in the blood.

There are many factors that can increase uric acid levels in the body.

These include the following: 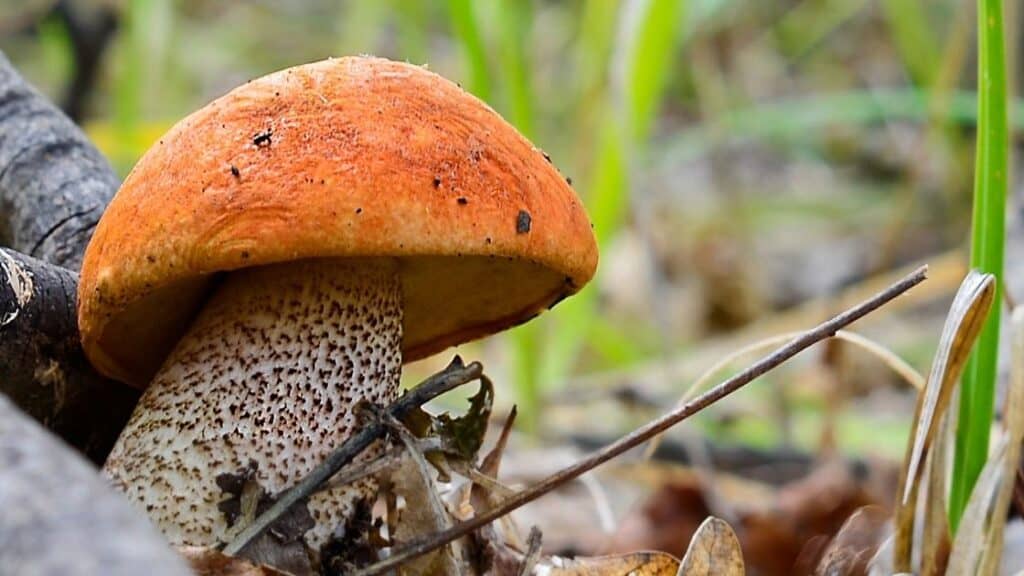 It is believed that the purine content in mushrooms became greater because they would have been condensed by drying.

Purines are nitrogenous substances, the breakdown products of nucleic acids.

The purines can combine with sugars to form nucleosides and nucleotides, important compounds for your metabolism.

The excess purine-containing material is broken down to uric acid which is excreted by the kidneys into the urine.

Because this process tends to lower the total amount of nitrogen in the body, various organs are sensitive to this loss of nitrogen.

Other vegetables that are low in purine include:

What mushrooms are high in purines? 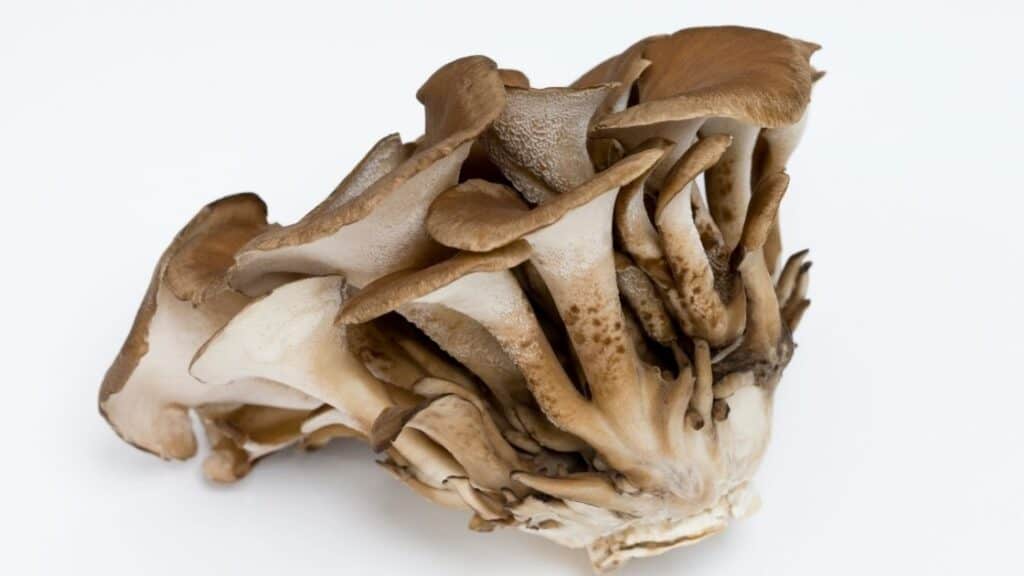 Maitake, shiitake and oyster mushrooms are high in purines.

Other mushrooms high in purines include the white button mushrooms, chanterelles, morels, and porcini.

People with high levels of uric acid or gout sufferers should limit the intake of these mushrooms.

Purines are nitrogenous bases that are found in the nucleic acids of DNA and RNA.

They are composed of two parts, endogenous and exogenous purines.

Endogenous purines – Purines can be found inside cells and are produced by the human body.

Research has shown that almost half of purines in the human body are endogenous.

The cells of the body are always in a state of repair and rejuvenation.

The damaged and the dead cells leave behind endogenous purines which are metabolized by the body.

These purines get metabolized by the body during digestion.

Endogenous and exogenous purines are processed for the body to produce uric acid.

Out of the total amount, about 90% is reabsorbed into your body while the rest is excreted in urine and excrement.

In order to reduce your uric acid levels, you should start by reducing your intake of purines.

Some examples of foods that contain high purines include:

When the body has more purines than it is able to process, uric acid can accumulate in the bloodstream, causing a condition called hyperuricemia.

In some people, hyperuricemia can cause kidney stones or lead to an inflammatory joint condition called gout.

Many other people with hyperuricemia have no signs or symptoms.