Shrimp is a popular seafood choice for many people, but you may be wondering if it is a good source of iron.

While shrimp does contain iron, it is not as high in iron as other seafood options such as tuna or salmon.

However, shrimp is still a good source of this essential mineral.

A 3-ounce serving of shrimp contains approximately 0.5 mg of iron.

This may not seem like much, but it can still make a significant contribution to your overall iron intake.

In addition, shrimp is also a good source of other nutrients such as protein and omega-3 fatty acids.

So, while it may not be the best source of iron, shrimp can still be a healthy addition to your diet.

Due to the fact that iron plays a vital role in growth and development, oxygen delivery, neurological function, and other functions that exist in our bodies, it is important that we consume enough iron to avoid certain negative effects.

In addition to feeling tired and lethargic, you may also experience dizziness, fatigue, brittle nails, hair loss, headaches, and irritability when you have an iron deficiency.

As oxygen is transported by iron, low iron stores may lead to early fatigue during exercise or other forms of physical activity because oxygen can’t be delivered to your lungs and other muscles.

Iron deficiency has also been associated with mental fog or decreased cognitive function.

The mitochondria of the brain can be damaged by low levels of this mineral.

The most common areas of impairment associated with Iron deficiency have been attention, intelligence, and sensory perception.

It is more common to see skin and nails showing signs of iron deficiency.

It is called koilonychia when the nails are brittle or spoon-shaped.

Those who are iron deficient have a reduced blood flow to tissues, which causes disruption in the proper development of connective tissue.

Low intake, improper absorption, excessive blood loss, and illness and disease conditions are the most common causes of iron deficiency.

Therefore, young children, pregnant women, and adolescents with excessively heavy menstrual cycles are some of the most at-risk populations.

Go to top
Table Of Contents hide
1 What Seafood Is Best For Iron?
2 What Food Is Highest In Iron?
3 Does Shrimp And Fish Have Iron?

What Seafood Is Best For Iron? 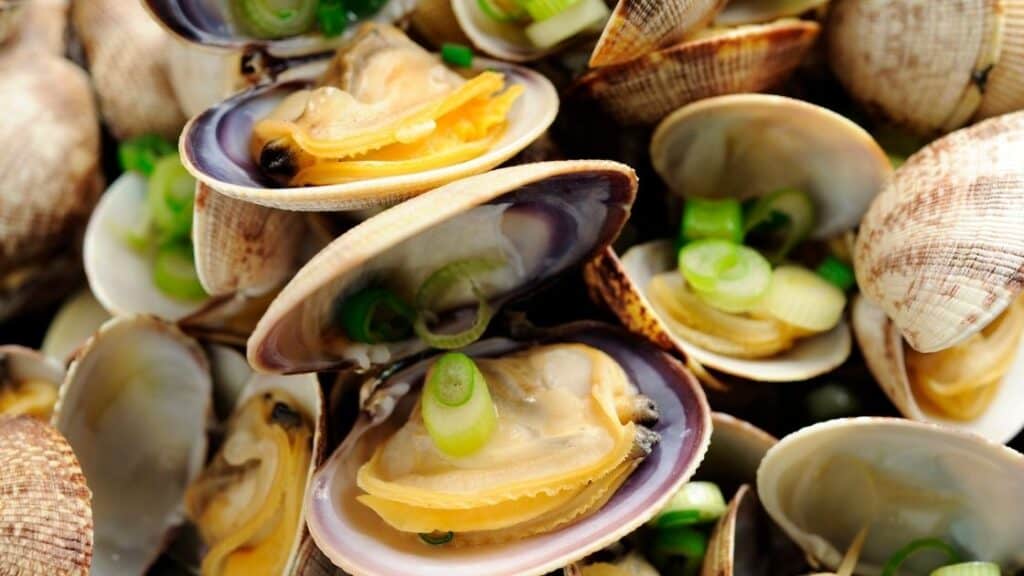 The best seafood sources of heme iron are clams, oysters, mussels, and scallops.

When selecting seafood for its iron content, it is important to keep in mind that some seafood is also high in mercury.

Pregnant women and young children should avoid fish with high mercury levels such as swordfish, shark, king mackerel, and tilefish.

Other people should limit their intake of these fish as well.

Seafood is a great source of iron, providing both heme and non-heme iron.

A significant amount of iron in meat, poultry, and fish is heme iron, which consists of 40 percent of the iron in these foods.

There are a variety of iron-containing vegetables, fruits, grains, and nuts that have a poorer ability to absorb iron than heme iron, 60 percent of the iron in animal tissues, and all the iron in plants.

Because seafood provides both types of iron, it can be a good choice for people who need to increase their iron intake.

What Food Is Highest In Iron? 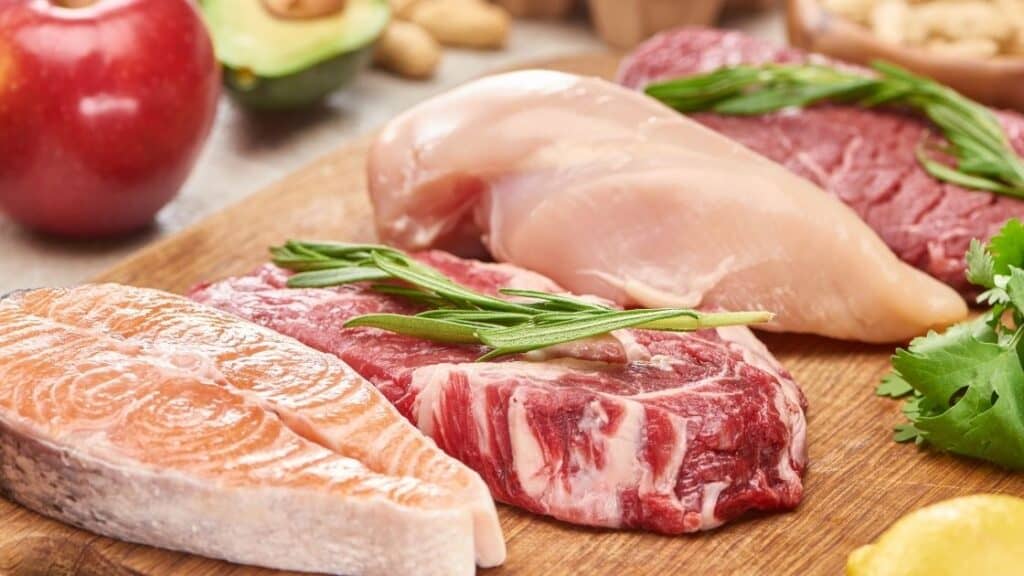 There are many foods that are high in iron, making it easy to get the recommended daily amount of this essential nutrient.

Meat, poultry, and fish are all excellent sources of iron, and red meat in particular is very rich in this mineral.

Fortified cereals and bread are also a good option for people who need to increase their iron intake.

Because iron is found in such a wide variety of foods, most people should be able to get enough of this nutrient by following a healthy, balanced diet.

However, those with certain medical conditions may need to take supplemental iron or eat foods that are especially high in this mineral.

Talk to your doctor or a registered dietitian if you have concerns about your iron intake.

The requirement for iron is a very important one, as your body cannot produce this essential mineral on its own, so it must be consumed regularly.

There is, however, one caveat to be mentioned here: some people need to limit the amount of red meat they consume as well as other foods high in heme iron.

Despite this, the majority of people have the ability to regulate the number of nutrients they absorb from their food quite easily.

The good news is that if you do not eat meat or fish, you can still boost your absorption of iron when eating plant-based sources of iron by adding a source of vitamin C to your diet.

Does Shrimp And Fish Have Iron? 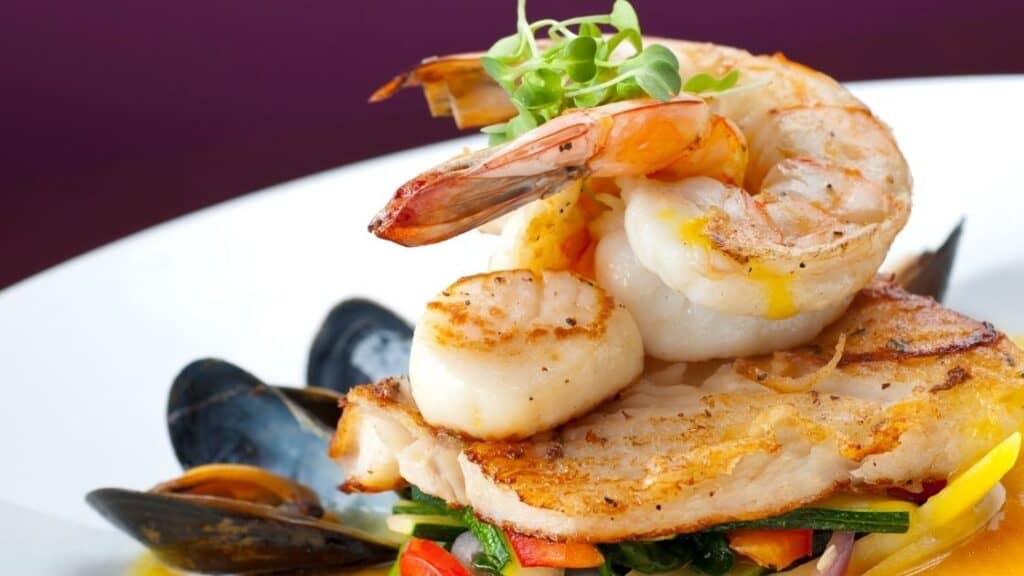 However, the amount of iron in these foods can vary depending on a number of factors, such as the type of fish or shrimp, whether it is cooked or raw, and how it is prepared.

. So, while seafood does contain iron, it is not as high in this mineral as some other types of food.

If shrimp and fish are prepared pure and minimally processed, they can be a healthy source of protein and whole food.

Shrimp in particular is one of the best sources of choline, which is known for reducing homocysteine levels, one of the most important markers that can indicate heart disease.

Shrimp does not contain high amounts of saturated fat, even though it does contain cholesterol.

As we all know losing weight isn’t the only challenge, keeping it off is even more challenging.

It is a good thing, however, that high protein foods may help in this regard, such as shrimp and fish.

Protein has an effect on multiple appetite hormone pathways, and this can make it much easier to maintain a weight loss that has been achieved after losing considerable weight.

By eating a meal pattern that consists of plenty of protein and low carbohydrates, you will enjoy greater satiety and regulate your appetite naturally.

A number of nutrients in shrimp and fish contribute to bone health.

seafood in general is an excellent source of protein, as well as some calcium, magnesium, and selenium.

The consumption of protein reduces the risk of bone fractures in large prospective studies.

It may be especially beneficial for older adults if they consume lean proteins, such as shrimp, to prevent osteoporosis.

In addition, choline can play a beneficial role in cognitive function, notably if it is derived from foods like shrimp.

While the research on choline in the treatment of stroke patients is limited, there is some evidence to suggest that choline might be useful in treating patients with dementia and neurological damage.

Furthermore, there have been studies that have shown that the omega-3 fatty acids and astaxanthin in krill oil may also provide neuroprotective benefits,9 both of which are also present in shrimp oil.