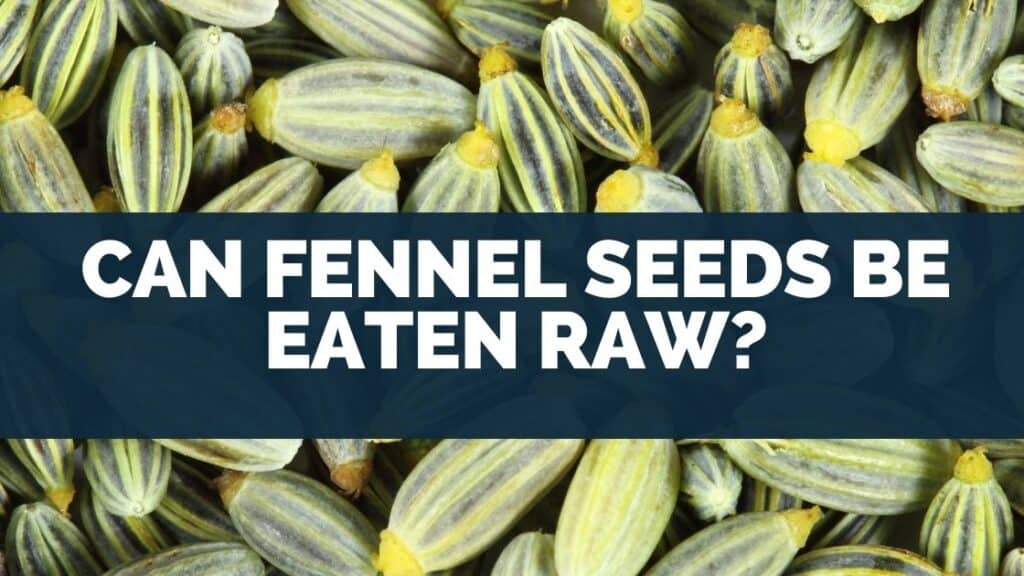 Fennel (Foeniculum vulgare), or also known as Finocchio, belongs to the family of carrots.

It originated in the coastal areas of the Mediterranean but is now used widely all over the world.

It is a sturdy herb with feathery leaves and yellow flowers.

A fennel plant can survive for many years in a warm climate like the Mediterranean.

Fennel seeds can be eaten raw, on their own as a snack, or as a mouth freshener.

Often sugar-coated, fennel seeds are usually served after a meal in Indian restaurants.

It is common practice to chew a few fennel seeds after a meal as they are believed to improve digestion and reduce problems with a gassy stomach.

In addition, raw fennel seeds make an excellent complement to fresh salads together with oranges, mint, and apples.

Originating from the Mediterranean, the fennel plant is cultivated for its leaves and fruits that contain anethole, or anise camphor.

Anethole is an aromatic compound also found in anise that gives a taste similar to licorice.

The nutritional content of 100 grams of fennel seeds are:

The fennel seed is actually the dried fruit that contains the seeds.

They are an excellent source of vitamin C, sometimes called ascorbic acid, which has many beneficial functions in our bodies.

Lack of vitamin C can lead to scurvy, a severe disease that may be deadly if untreated.

Hundreds of years ago, scurvy was common in the seafarers due to a lack of fresh vegetables and fruits on long voyagers.

Insoluble fiber cannot be digested by the body and moves from the small intestines to the colon, where they feed the trillions of good bacteria called probiotics.

The soluble fiber in fennel seeds attracts water and dissolves into a gel-like substance, giving your stool bulk and making bowel movements regular and healthy.

The compound that gives fennel seeds its distinctive taste and smells similar to licorice is anethole.

Anethole is an ester found in the essential oil in the fennel seed.

Plants containing anethole have been used medically for centuries and are believed to have estrogen-like functions.

There is, however, not much conclusive research on humans yet, but some studies are showing positive effects.

Go to top
Table Of Contents show
1 Can We Eat Fennel Seeds Daily?
2 Fennel Seeds Soaked In Water Overnight Benefits
3 What Happens If We Drink Fennel Water Daily?
4 Is It Good To Drink Saunf Water?

Can We Eat Fennel Seeds Daily? 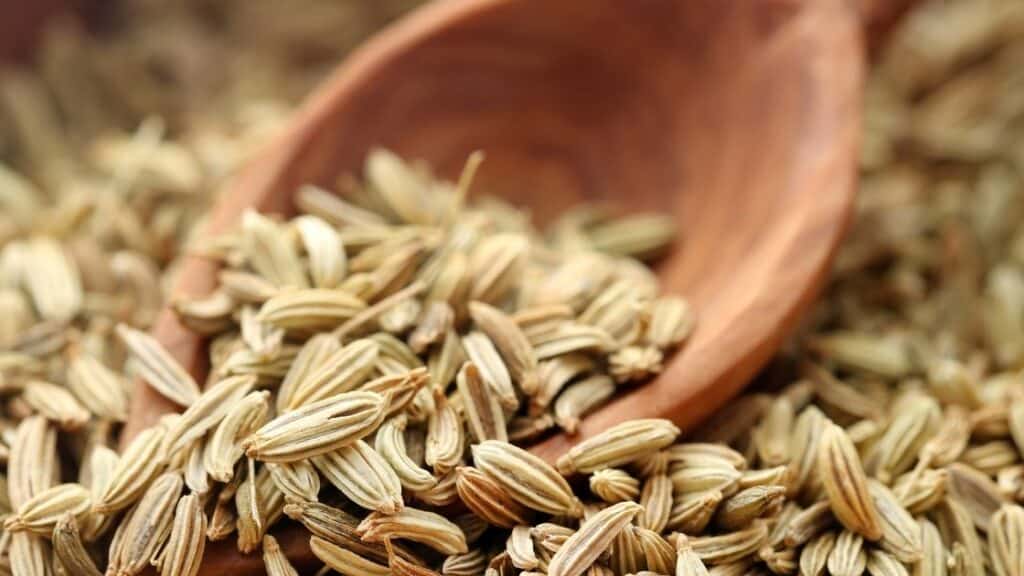 Yes, you can eat fennel seeds every day.

A common practice is to chew a few seeds before and half a teaspoon after a meal.

The sweet fennel seeds are not actual seeds but dried fruits that contain seeds.

They have a taste similar to licorice can also be added to salads and other dishes.

Some of the benefits of eating fennel seeds include:

It can give you fresh breath

The fennel seed contains an aromatic essential oil that has antibacterial properties.

The essential oil of the fennel seed increases saliva production, which helps kill bacteria that may give you bad breath.

Chewing a few seeds occasionally is an easy way to freshen your breath.

The high fiber content in fennel seeds helps make you feel fuller and may aid in weight loss.

Some studies have shown that fennel seeds seem to suppress appetite.

It can be beneficial for the heart

Fennel seeds are high in fiber and have been shown to reduce LDL (bad) cholesterol levels.

Lowering cholesterol reduces the risk of strokes, heart attacks, and other diseases.

It may help with cancer prevention

Anethole, the substance that gives the licorice taste, has been shown to have cancer-fighting properties.

There is some current research that shows positive results with prostate and breast cancers.

Fennel seeds are high in vitamin C content, an antioxidant that reduces free radicals in the body.

Free radicals can damage skin cells after exposure to the sun’s UV rays.

In addition, fennel seeds contain zinc, an essential nutrient responsible for the production of skin oils.

As with everything else, fennel seeds should be consumed in moderation.

Two to three teaspoons a day is the recommended amount. 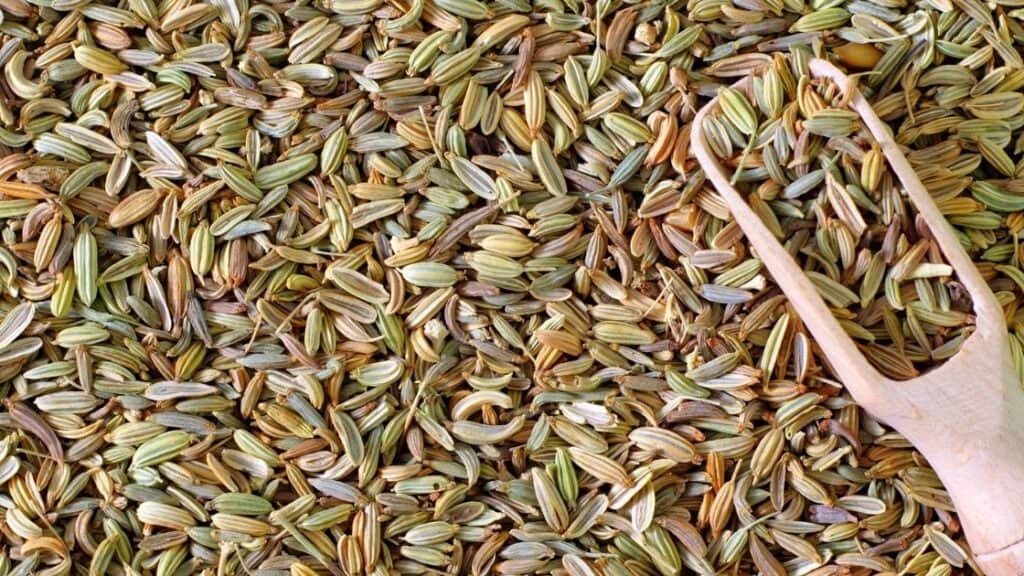 Some studies show that if you drink saunf water first thing in the morning, it could reduce blood pressure and improve digestive health.

In addition, drinking saunf water in the evening might make sleep easier and more restful.

The use of fennel plants originated in the Mediterranean centuries ago, and the fennel soon became a widespread crop.

Fennel water is believed to help with various things, like:

Historically, fennel has been used in many cultures for treating various problems in the stomach.

It is believed to promote the production of digestive enzymes, which helps with specific problems such as flatulence, constipation, bloating, stomach aches, and constipation.

Studies have shown that fennel extract combined with vitamin E is more effective than OTC painkillers in relieving pain from menstruation.

Fennel tea is an antiviral agent that has been used as an ethnic remedy for the cure for various infections and illnesses.

Possible relief for kids with colic

If you see a squalling child crying for seemingly no reason, the chances are that they are feeling “colicky”.

A study from 2003 shows significant improvement in colicky kids after being treated with fennel seed oil.

High blood pressure, or hypertension, is the leading cause of heart attacks and strokes.

What Happens If We Drink Fennel Water Daily? 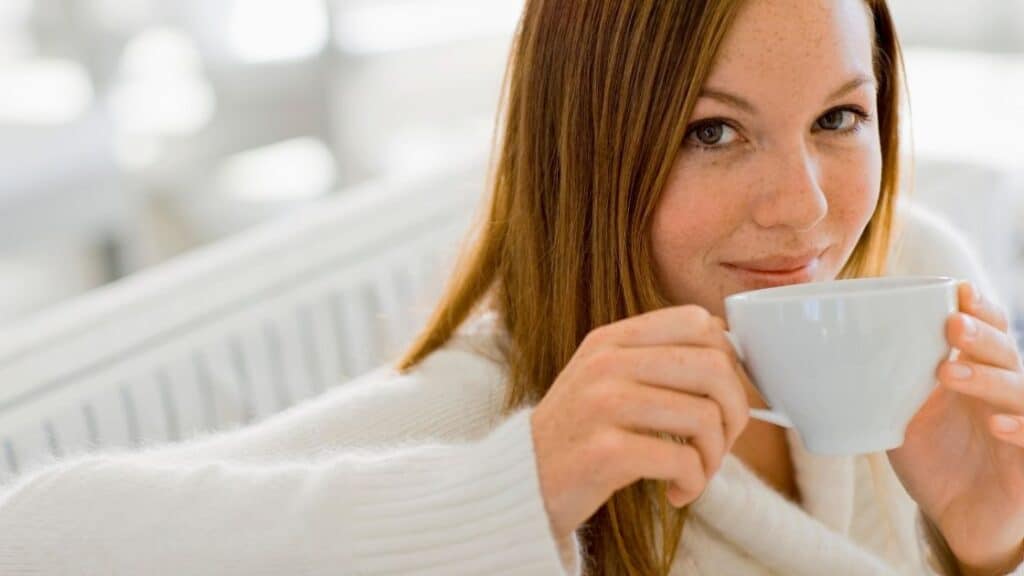 Drinking fennel tea, also known as saunf, is believed to have many positive benefits.

In addition, fennel is rich in potassium, the nutrient responsible for controlling blood pressure and heart rate.

Manganese is critical for tissue and bone health and is believed to reduce the risk of blood clots that can lead to strokes.

Research from 2009 shows that fennel tea can fight specific bacteria from hospitals that cause dysentery, indigestion, and diarrhea.

This study shows that the fennel seed contains polyphenol antioxidants.

A study from 2018 shows that people who have diets rich in polyphenols have a reduced risk of diseases like cancer, diabetes, heart problems, and obesity.

Vitamin A is a group of fat-soluble compounds responsible for maintaining healthy vision, boosting the immune system, supports bone health, and maintaining a healthy reproductive system.

Is It Good To Drink Saunf Water? 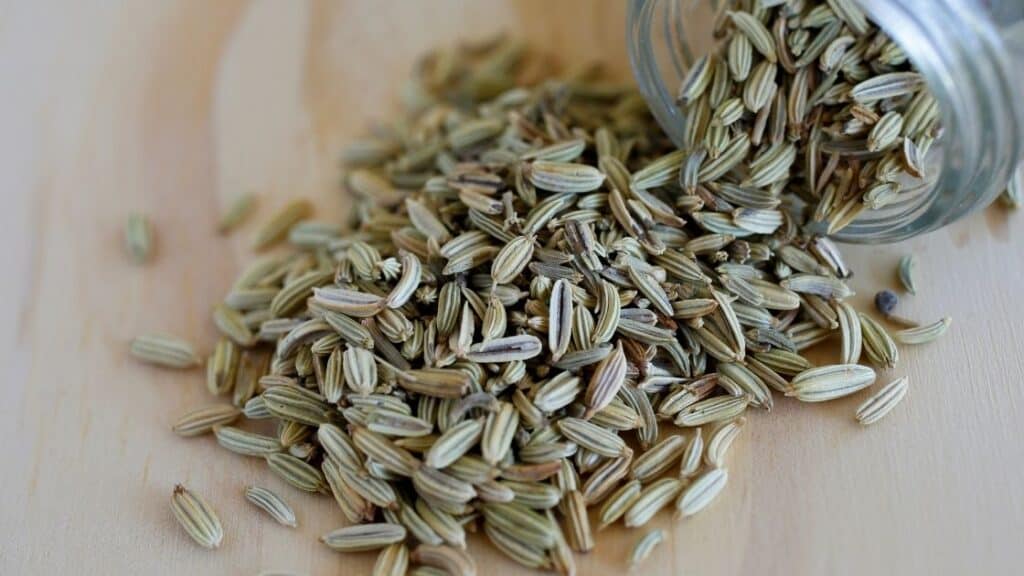 Saunf water is made from the fennel plant.

It has been used for many centuries as a remedy for bad breath and mouth health.

The seed is believed to have antibacterial and antioxidant properties that prevent infections and fight free radicals.

In addition, fennel seeds contain the antioxidant vitamin C, which is essential to the immune system and overall health.

A lack of vitamin C can result in easy bruising and bleeding, as well as joint and muscle pains.

A severe lack of vitamin C can be life-threatening.

The high fiber in fennel makes you feel fuller and can help suppress appetite.

Fiber is vital to maintaining healthy bowel movements and a balanced digestive system.

Potassium is critical to maintaining a healthy heart and preventing illnesses like strokes and heart attacks.

The fennel plant has been used to cure digestive problems like flatulence, constipation, bloat, and constipation for hundreds of years.

Drinking saunf water every day could help with chronic gastrointestinal issues and maintain a healthy gut.

It is recommended that pregnant women avoid drinking fennel tea or eating fennel seeds due to the estrogen-like compound in the seed.