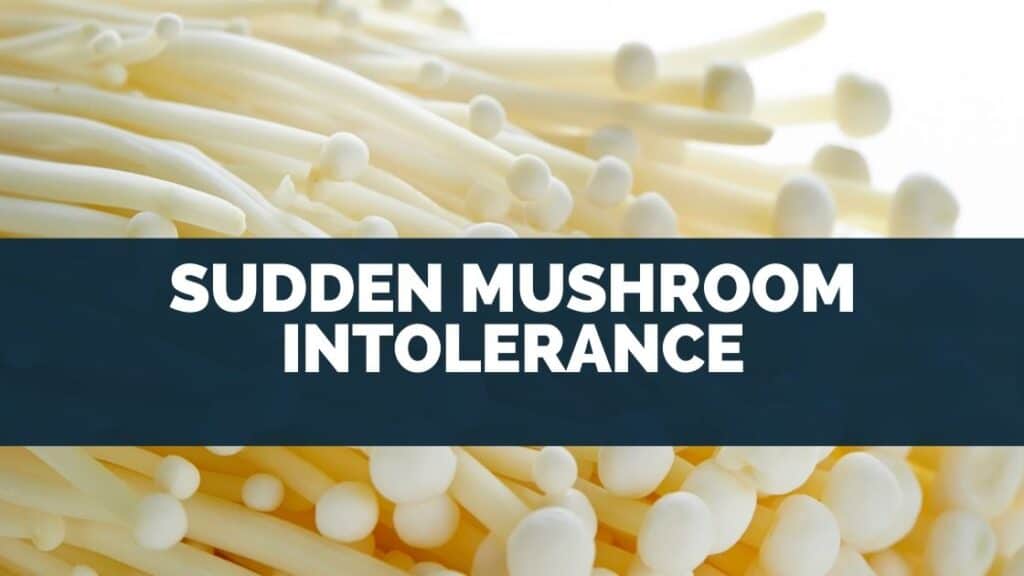 Mushrooms are fungi and are one of the more commonly used ingredients in a host of recipes across the world.

They have a fruiting body that is called a basidiocarp.

Mushrooms can be found in many different colors, shapes, and sizes.

There are over a whopping 100,000 species of mushrooms in the world!

Although uncommon, mushroom intolerance caused by the immune system’s inability to recognize the proteins found in the food can suddenly happen.

Food intolerance is when your body has an abnormal response to a certain food.

This can happen because of the body not being able to digest the food properly, or because the immune system reacts to it.

The immune system does not make the distinction between the allergen and harmless proteins when immunoglobulins are present.

There is no cure for mushroom intolerance.

A person with a mushroom intolerance should avoid the consumption of mushrooms to manage it better.

There are many different types of food intolerances.

Some common types of food intolerance include:

Lactose Intolerance: This is when an individual does not have the enzyme required to digest lactose, which is found in milk and other dairy products.

Gluten Intolerance: This is when an individual has a sensitivity or allergy to gluten, which is found in wheat and other grains such as rye and barley.

Sulfite Sensitivity: Sulfites are preservatives that can be found in wine and dried fruit. Folks with this sensitivity need to avoid sulfites as much as possible because they can trigger minor symptoms like a stuffy nose or itchy eyes to more severe symptoms like vomiting or difficulty breathing.

Food intolerance is an adverse reaction to the ingestion of certain foods.

It is not caused by a food allergy, but rather by an inability to digest or break down certain food components.

However, there are ways that people can manage their condition which includes taking medications and avoiding the things that cause them problems.

What are the symptoms of mushroom intolerance? 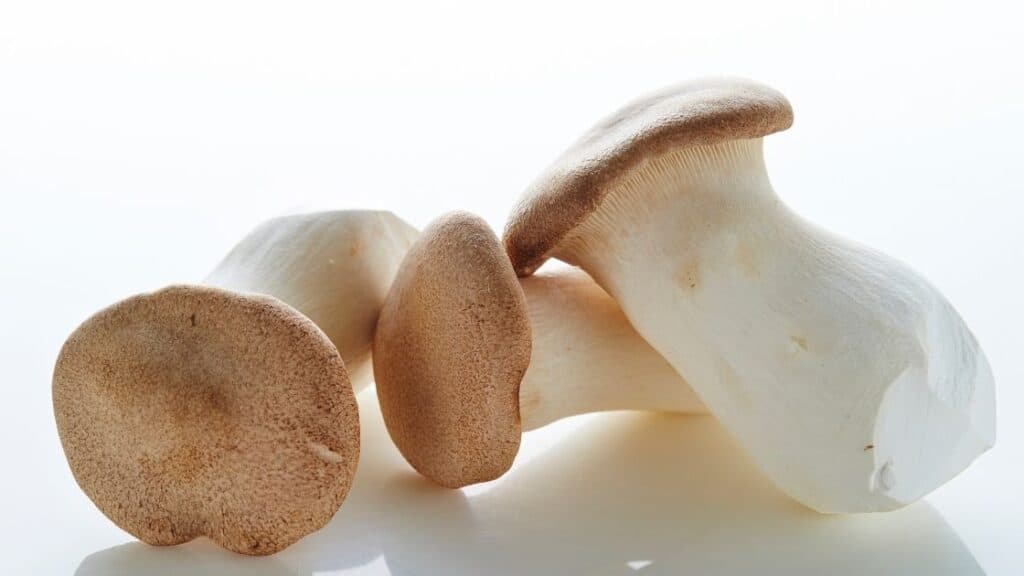 Mushroom intolerance is when your body is unable to digest certain types of mushrooms.

This can cause a variety of symptoms, the most common ones being stomach pain, nausea, vomiting, and diarrhea.

The symptoms of mushroom intolerance are different for everyone.

Some people may only experience mild discomfort while others may have more serious reactions.

Some people are allergic to the fungus in the mushrooms which can lead to difficulty breathing or worse, anaphylactic shock.

This can be caused by the consumption of any type of mushroom, but especially by Amanita phalloides which is also known as the death cap mushroom.

There are two types of mushroom allergies, one caused by the body’s immune system mistaking the fungi for a harmful substance and creating antibodies against it, and the other type is caused by a reaction to a specific protein in mushrooms.

It is estimated that about 2% of people have some form of allergy to mushrooms, and only about 10% of those people know they have an allergy.

The main types of mushroom allergens include alpha-galactose and beta-glucan.

Beta-glucan can also be found in other foods like grains, yeast, and oats.

If you have an allergy to mushrooms, there are some steps you can take to avoid them.

First, check labels on food products for any mention of mushrooms or fungi.

Second, avoid dishes that use mushrooms as their main ingredient or feature them prominently in the dish’s description.

Third, if you are at a restaurant and do not know what ingredients are used in the dish you want to order, ask your server before ordering it.

If you are allergic to mushrooms, it is possible for the spores of the mushroom to make you vomit.

This will happen because your body will try to get rid of the allergen. You may also experience other symptoms such as hives or anaphylaxis.

An allergic reaction to food may cause a person to vomit.

The vomit may be foul-smelling and contain blood or bile.

This is known as hematemesis.

Vomiting is also a symptom of some other conditions, such as food poisoning, viral gastroenteritis, gallbladder disease, and stomach ulcers.

The body experiences vomiting as a natural defense mechanism.

When we vomit, it is because we have eaten or drunk something that is harmful to us.

There are many different reasons why the body might vomit, and this can be caused by:

Motion sickness: If you’re traveling in a car, boat, train or airplane and become nauseous and vomit, this could be due to motion sickness. Motion sickness will also cause nausea.

Food poisoning: If you eat food that has been contaminated with bacteria such as E Coli or salmonella, you will likely experience vomiting.

Nausea: Nausea often precedes vomiting and it may be caused by an illness such as the flu or norovirus. It can also be caused by certain medicines

The first step to preventing vomiting is to identify what triggers the vomiting.

This could be anything from excessive consumption of alcohol, certain food items, or medications, to motion sickness or morning sickness in pregnant women.

If you know what triggers your nausea and vomiting then you can take steps to avoid it.

For example, if motion sickness makes you feel nauseous then try not going on a boat or car ride for a while until your symptoms have gone away.

If you know certain foods make you feel sick, then avoid eating them.

What are the symptoms of mushroom allergy? 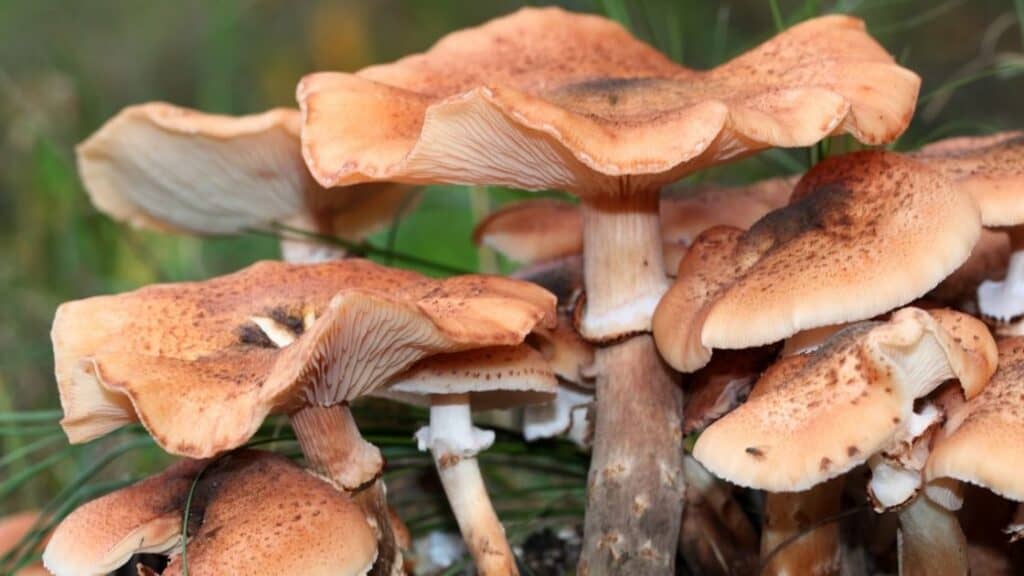 If you have been diagnosed with a mushroom allergy, you might experience symptoms such as itching, swelling, and hives after exposure to the allergen. In severe cases, symptoms can include difficulty breathing and anaphylactic shock.

The symptoms of a mushroom allergy are similar to those of most other allergies.

The main difference is that the symptoms usually take longer to develop and may not be as severe as those caused by other allergens.

Symptoms of a mushroom allergy may also be more difficult to identify than those caused by other allergens.

This is because mushrooms are often found in foods that don’t contain any obvious traces of them.

Mushroom allergy is a type of allergy that is caused by the immune system’s reaction to a protein in mushrooms.

The immune system identifies the protein as a threat and releases an antibody called immunoglobulin E.

This antibody triggers an allergic response, which can cause symptoms such as itching, swelling, and breathing difficulties.

Mushroom allergy is not very common in adults but it can be dangerous for children because their immune systems are still developing.

If you have allergies or asthma then you should take mushroom allergy seriously because it could worsen your condition.

There are many ways to prevent a mushroom allergy.

Of course, the best way to avoid an allergic reaction is to avoid mushrooms!

However, spores are often airborne, and you can also get a reaction from touching or inhaling mushroom spores which are released when the mushroom is cut, peeled, or crushed.

It is also possible to take antihistamine tablets, which can be prescribed by a doctor.

They help reduce the symptoms of an allergic reaction like redness and swelling of the skin, itching, and difficulty in breathing.