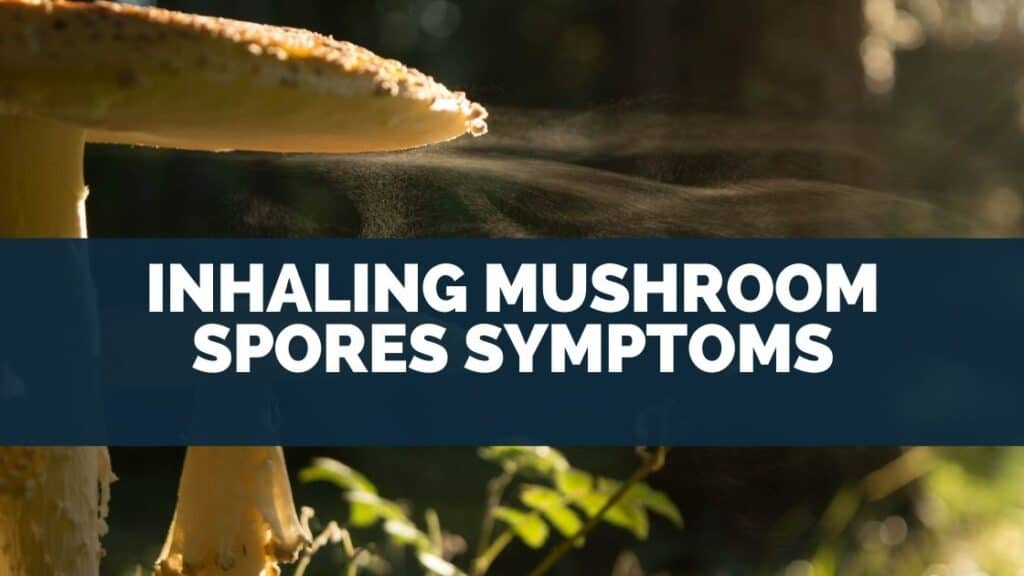 Mushrooms are macrofungi that include predominantly basidiomycetes and a few types of ascomycetes.

They have been divided into these two groups based on the formation of sexual spores.

There are approximately 140,000 species globally, and till today, only 22,000 species of mushrooms have been identified.

In young children, moisture and interior spore contact has been associated with a higher risk of developing asthma.

Agricultural workers are subjected to significant amounts of unidentified mushrooms.

The workers have the highest chances of suffering from lung irritation or infection.

When breathed, such bio-particles lead to adverse health impacts in people prone to various diseases.

People who develop specific IgE to the fungal antigen or have a compromised immune system, people having respiratory infections, or more prone to the irritating consequences of radiation are more likely to suffer from adverse impacts of inhaling mushrooms.

Mushrooms have already been utilized for medical and culinary purposes for over a thousand years, but their wellness characteristics or nutritional significance have yet to be fully understood.

Mushrooms are high in micronutrients and are a valuable addition to a balanced diet.

Mushrooms are high in bioactive components like fiber, vitamins, polysaccharides, and sulfur-containing antioxidants, which are responsible for reducing the risk of chronic and early death and promoting healthy aging.

An immune response occurs when a person has a mushroom allergy.

The antigens stimulate the secretion of histamine, which results in the signs of an allergic reaction.

Mushroom allergies could be as minor as an allergic reaction to food, or it might be as severe by inhaling the mushroom spores.

What happens if I breathe in mushroom spores? 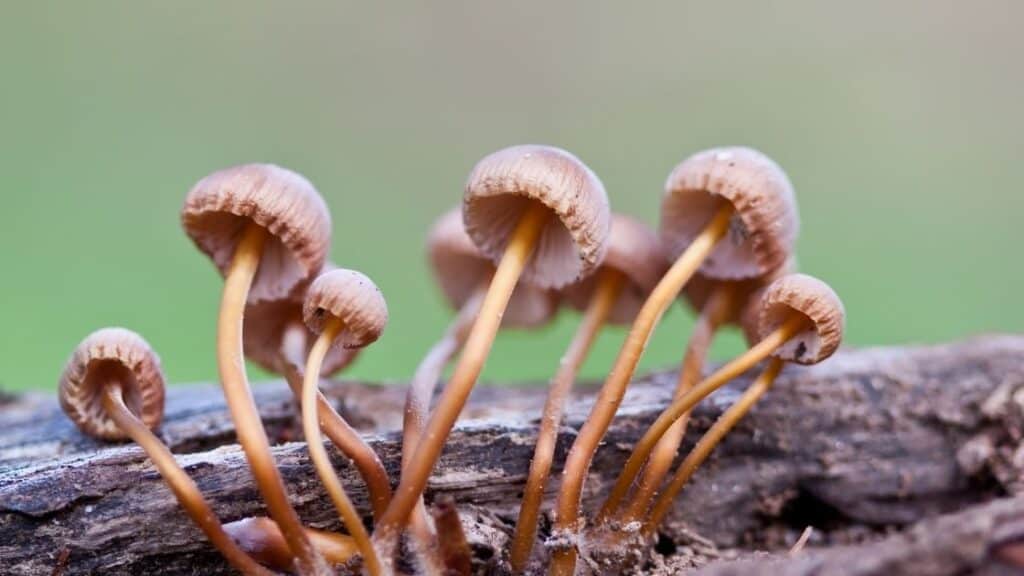 Mushroom spore exposure can cause serious harm to your health.

Long-term exposure can cause various illnesses, ranging from pneumonitis to renal failure and chronic fatigue.

Different mushrooms have various impacts on our bodies, and although some are harmless, others produce spores that can cause health problems, especially after prolonged and excessive exposure.

Fungi break down organic waste and are necessary for carbon and mineral recycling in our environment.

Mushroom spores are everywhere, and we might inhale small amounts daily if we eat mushrooms regularly.

In small amounts, these spores are generally harmless and can pass through our systems.

However, if someone has a compromised or weak immune system and inhales spores, it can result in respiratory tract irritation and infection.

There are a few things that you can do to prevent inhaling mushroom spores.

The first is to always wear a mask when you are around mushrooms.

We all know something about that these days!

The second is to avoid touching your face, especially your nose and mouth, while you are around mushrooms.

The third is to make sure that you clean your hands thoroughly after you have been around mushrooms.

Also, if the fungus is from the Sporeacaea family, then even touching it without a mask can hurt you.

The mycelium of this family is covered with fine hairs which, if you touch it without a mask, will enter your body through any cuts or open sores that you have.

There are some other ways to prevent inhaling mushroom spores, but these are probably the most important.

Be sure to wear a mask when you are collecting mushrooms in the wild, and make sure that you put your gloves in a plastic bag before touching anything else.

Keep an eye on small children if they might be inclined to put everything within reach into their mouths, and do your best to keep them from touching potentially dangerous fungus.

Can mushroom spores grow in your lungs? 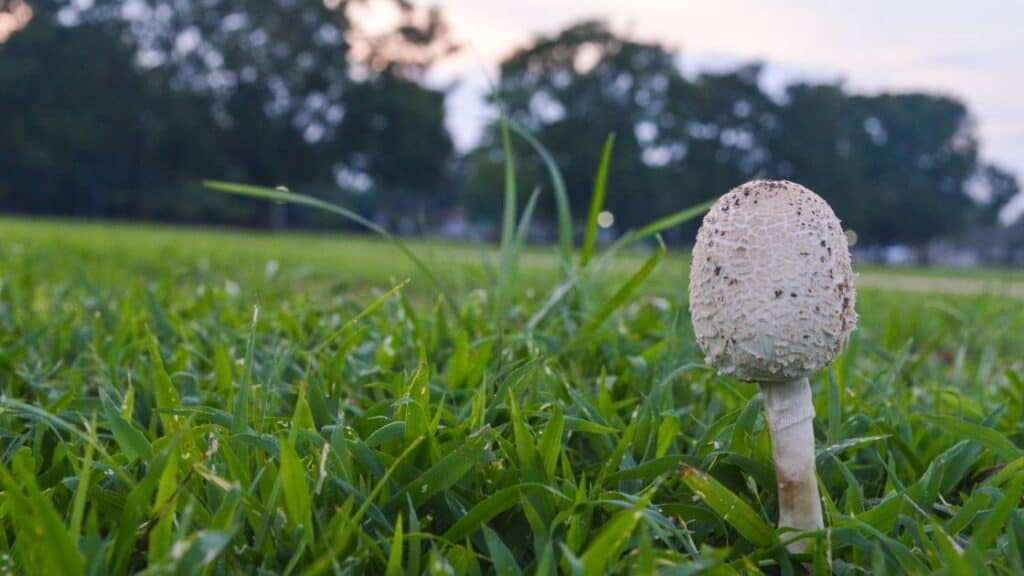 Because many spores have a diameter of fewer than five microns, these may penetrate the lungs.

While mushroom spores cannot thrive in the lungs, they can enter lung tissue and cause significant health problems, and may lead to excessive cough with other symptoms.

There is no hard evidence yet that mushroom spores can proliferate in the human body.

Instead, molds and yeasts, including species of Candida and Aspergillus, were almost always the main culprits implicated in disease.

Most people do not get affected by mushroom spores, but some who develop allergies may experience symptoms that can range from mild to severe.

Mild symptoms include vomiting and diarrhea, but severe symptoms can include a drop in blood pressure, breathlessness, and unconsciousness.

During the mushroom’s planting season, hyphae of mushrooms grow and replicate their spores, which are microscopic structures and are necessary to give rise to a new mushroom.

We may breathe those microscopic spores as they travel and through the atmosphere to migrate and proliferate.

Every particle that enters the body can cause irreversible damage to internal organs.

Fortunately, the immune response acts by encircling the spores with cells that kill them.

On the other hand, people with weakened immune systems may be unable to fight off the fungus spore, resulting in severe lung and breathing difficulties.

Can mushroom spores affect your health? 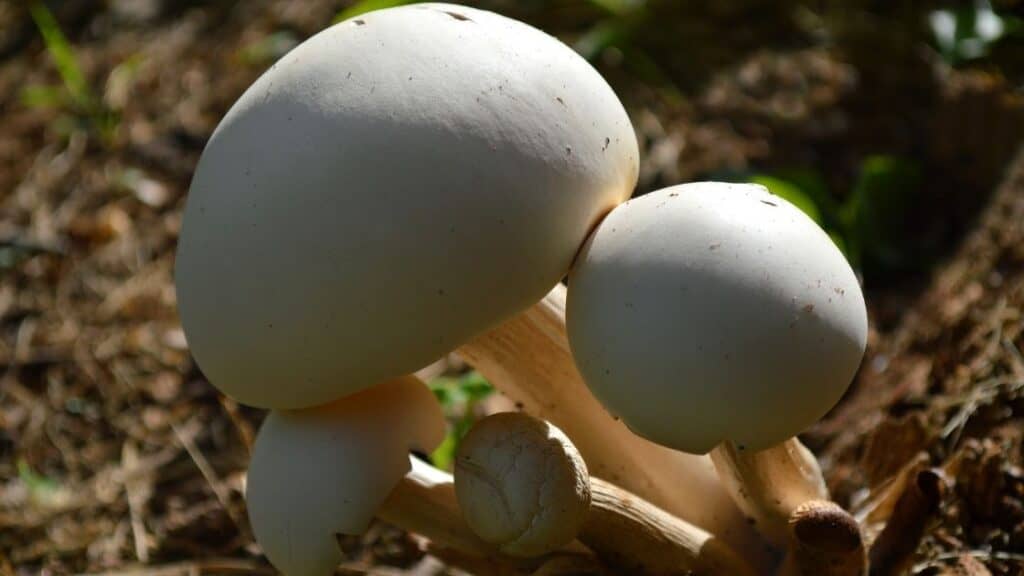 Different mushroom species, ranging from Shiitake mushrooms to mushrooms, can cause a variety of adverse effects.

Mushrooms have also been linked to enlarge the lips, lips, and throat in only certain people.

Respiratory difficulties might be caused by throat swelling, and a severe allergy, known as anaphylaxis, can develop.

Anaphylaxis is a severe condition that requires immediate medical attention.

Unborn infants, AIDS or chemotherapy sufferers, the elderly, and others with a compromised immune system should avoid being exposed to “live” mushrooms if possible, as particles can be very infectious to them.

Exposure to mushroom spores could result in an allergic reaction or inflammation that their immune response cannot handle on its own. In addition, smokers may well have reduced their bodies’ inherent capacity to combat fungal infections.

The lungs of a smoker are prone to inflammatory reactions, so they must avoid inhaling mushroom spores or should avoid places where the cultivation of mushrooms is done.

Mushroom spores are microscopic, light particles that can be found everywhere.

A single exposure to several mushroom particles is unlikely to harm a healthy adult.

However, agricultural workers who work with mushrooms on a routine basis should be concerned about their health.

Wearing a properly fitting half- or full-face mask while working and making sure that the environment is sufficiently ventilated are good safety precautions for them.

If you have a pre-existing condition like asthma or hypersensitive pneumonitis, you may be more prone to reactions from mushroom spores.

Mild reactions including vomiting and diarrhea are possible if you inhale the spores of some types of mushrooms when you are harvesting them in the wild.

You can avoid this by wearing a face mask when gathering mushrooms in the woods.