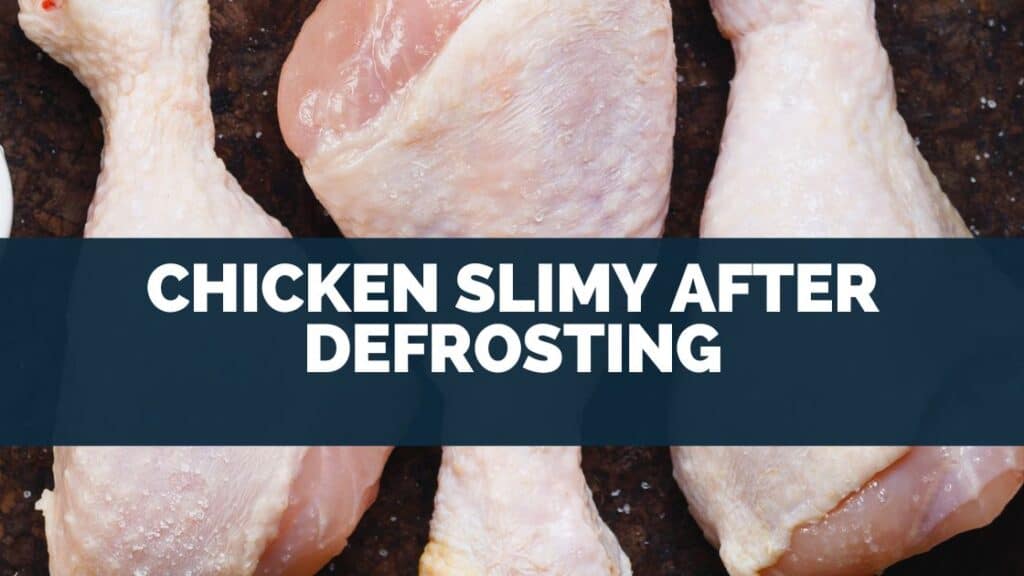 Have you ever gone to defrost chicken only to find it slimy and gross? You’re not alone.

The reason chicken gets slimy after being frozen is because of ice crystals.

When water freezes, it expands and forms large crystals.

When these crystals thaw, they puncture the cell walls of the chicken, causing the meat to release its fluids.

In addition, slimy chicken might be an indication that the chicken has gone bad.

If you’re looking to avoid slimy chicken, there are a few things you can do.

First, make sure to thaw your chicken in the refrigerator, not at room temperature.

Room temperature thawing can cause bacteria to grow, which can lead to food poisoning.

Second, cook your chicken as soon as possible after thawing.

If you need to hold it for a little while, place it in a covered dish in the refrigerator.

And finally, if your chicken is looking particularly slimy, you can always give it a rinse under cold water before cooking.

Slimy chicken doesn’t necessarily mean it has gone bad, but if you notice a foul odor or discoloration, it would be better to throw it out.

Go to top
Table Of Contents show
1 How Do You Know If Chicken Is Bad After Thawing?
2 How Long Does It Take For Chicken To Go Bad After Defrosting?
3 What Does Bad Chicken Taste Like?

How Do You Know If Chicken Is Bad After Thawing? 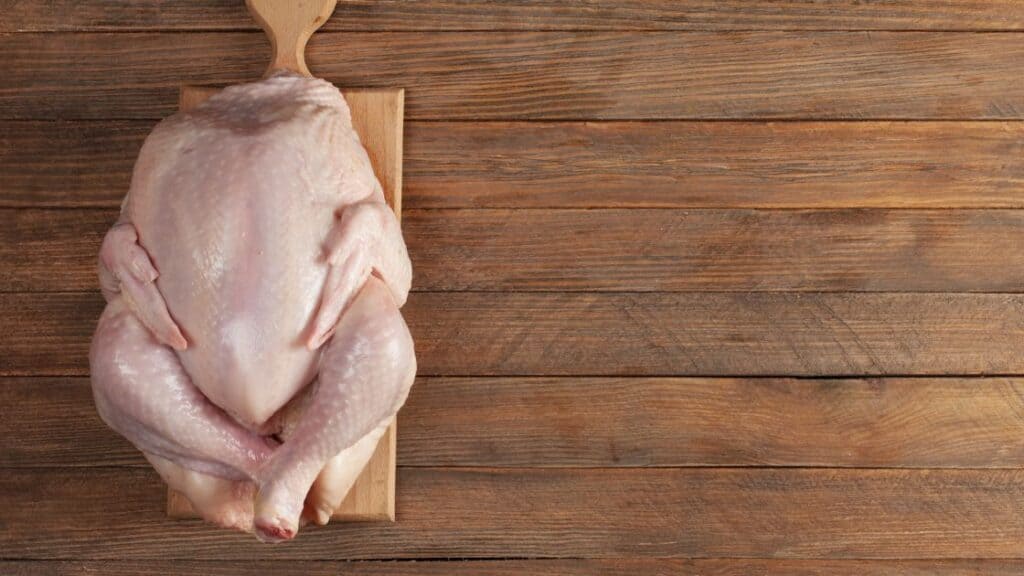 There are a few ways to tell if the chicken has gone bad after thawing.

One is to simply smell the meat. If it has a sour or ammonia-like smell, it’s best to throw it out.

Another way to tell is by looking at the color of the meat.

If it has turned a shade of green, brown, or grey, it’s probably not safe to eat.

Finally, you can try giving the meat a quick poke.

If it’s slimy or sticky to the touch, that’s another sign that it’s gone bad.

If you’re ever unsure whether or not the thawed chicken is still safe to eat, it’s always better to err on the side of caution and throw it out.

Eating bad chicken can cause food poisoning, which can lead to symptoms like nausea, vomiting, and diarrhea.

Whenever you are thawing chicken, keep an eye (and nose) out for any signs that it might have become toxic.

Each year, millions of people in the United States suffer from foodborne illness, and thousands more die as a result.

One of the most common sources of food poisoning is chicken.

Chicken can become contaminated with harmful bacteria during the slaughtering process, and these bacteria can be transferred to humans through consumption.

Symptoms of chicken-related food poisoning include nausea, vomiting, and diarrhea.

In severe cases, food poisoning can lead to dehydration, organ failure, and even death.

To avoid becoming sick from food poisoning, it is important to cook chicken thoroughly and to practice good hygiene when handling raw meat.

Anyone who experiences symptoms of food poisoning should seek medical attention immediately.

How Long Does It Take For Chicken To Go Bad After Defrosting? 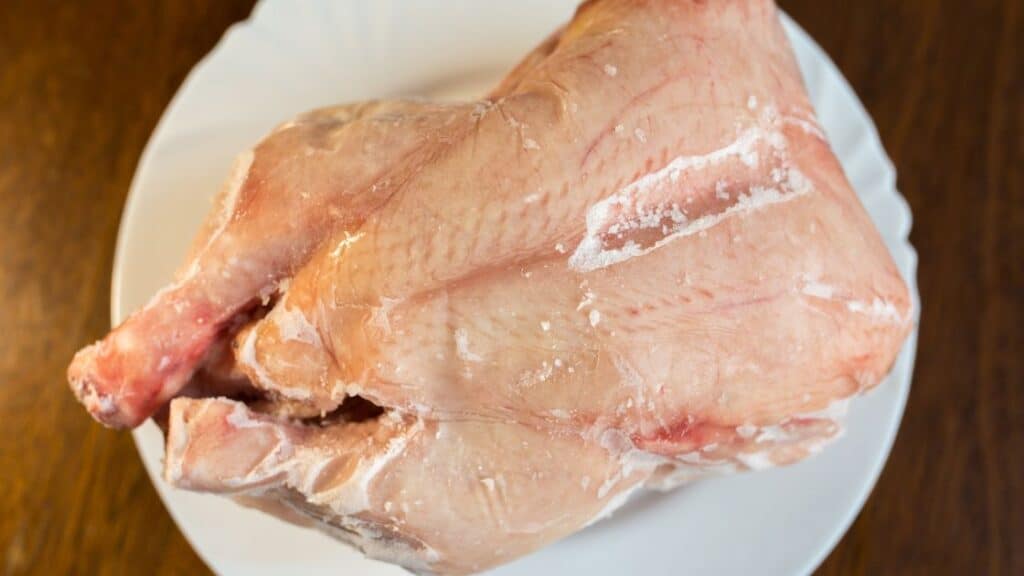 The USDA recommends that chicken be cooked within one to two days of thawing, whether it’s being thawed in the fridge or cold water.

However, if you plan to refreeze the chicken, you only have a day to work with it.

Chicken that has been thawed in the fridge can be refrozen for up to four days.

Of course, these are just guidelines.

If your chicken doesn’t look or smell quite right, err on the side of caution and throw it out.

After all, it’s better to be safe than sorry when it comes to food poisoning.

And when in doubt, chicken is always best cooked fresh.

Most people have probably experienced the frustration of realizing that their chicken has gone bad.

After all, chicken is one of the most popular meats, and it’s not always easy to tell when it’s no longer safe to eat.

If you’re wondering how to tell if the defrosted chicken is bad, there are a few things you can look for.

First, check the color of the meat.

If it has a sour or ammonia-like odor, it’s time to throw it out.

If it’s slimy or sticky, it’s no longer safe to eat.

You should always throw the chicken away if in doubt.

It’s better to be safe than sorry!

If you’ve ever had food poisoning, then you know how miserable it can be.

Symptoms like nausea, vomiting, and diarrhea can quickly ruin your day.

And chicken is one of the most common sources of food poisoning.

The CDC estimates that each year, 1 in 6 Americans will get sick from eating contaminated poultry.

The symptoms of food poisoning depend on the type of bacteria or virus present in the contaminated food.

However, most cases of food poisoning involve gastrointestinal distress, such as nausea, vomiting, and diarrhea.

These symptoms typically begin within 2 to 6 hours after eating contaminated food.

In severe cases, food poisoning can lead to dehydration, electrolyte imbalances, and even death.

If you suspect that you’ve eaten bad chicken, it’s important to see a doctor right away.

They can perform tests to confirm the diagnosis and provide treatment to help you recover.

In most cases, rest and plenty of fluids are all that is needed.

But in severe cases, hospitalization may be necessary.

You can prevent food poisoning by washing your hands thoroughly after handling raw chicken and cooking it thoroughly. 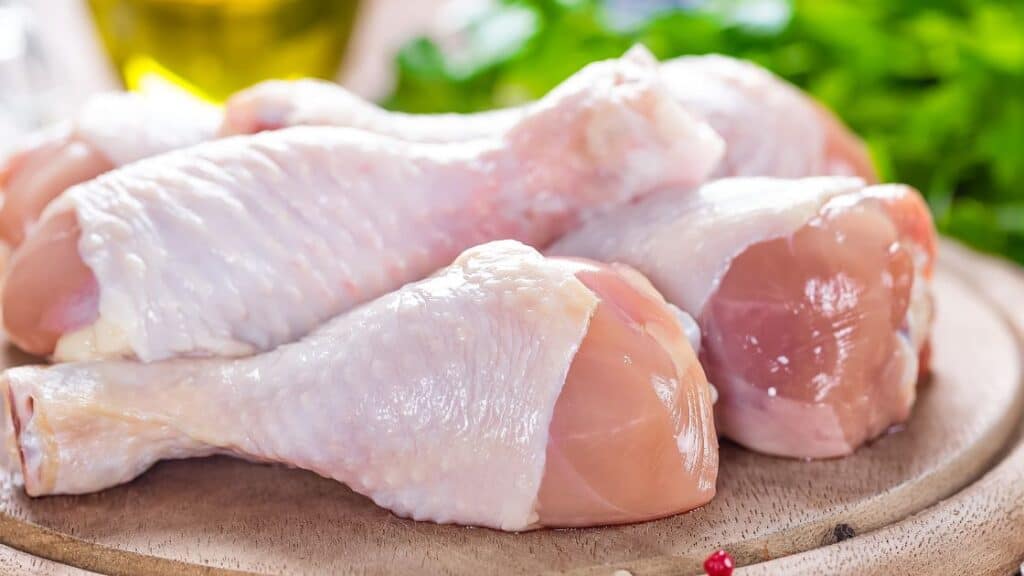 There is no one answer to this question, as the taste of bad chicken can vary depending on the cause of spoilage.

However, there are some common characteristics that spoiled chicken typically has.

The meat may have a sour or unpleasant odor, and it may be discolored or have an abnormal texture.

Spoiled chicken may also taste rancid, metallic, or otherwise off.

If chicken meat has any of these characteristics, it should not be eaten as it could potentially make you sick.

If you’re unsure whether the chicken is still good to eat, it’s always better to err on the side of caution and throw it out.

Food poisoning is a serious and potentially life-threatening illness.

It is caused by consuming food or water that has been contaminated with bacteria, viruses, or toxins.

Symptoms of food poisoning can range from mild to severe and include nausea, vomiting, diarrhea, abdominal pain, fever, and dehydration.

If you suspect that you have contracted food poisoning, it is important to seek medical attention immediately.

Treatment will vary depending on the cause of the contamination but may include antibiotics, iv fluids, and rest.

Prevention of food poisoning is also important and can be achieved by practicing proper food safety and hygiene habits.

There are several food safety habits that everyone should practice to avoid becoming ill.

Firstly, it is important to wash your hands thoroughly with soap and water before handling food.

This will help to remove any bacteria that may be on your skin.

Secondly, you should make sure that all utensils and surfaces that come into contact with food are clean.

Finally, you should cook food to the appropriate temperature to kill any harmful bacteria.

These simple food safety habits can go a long way in preventing illness.