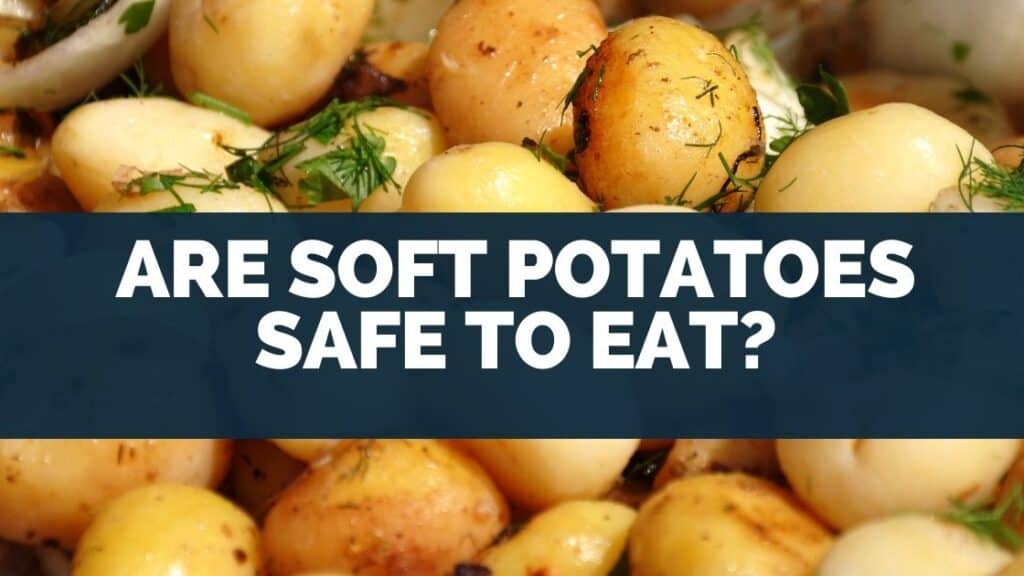 I eat potatoes quite often but it’s very common that one or a whole bunch will start to turn soft before I finish the whole bag.

So, I wanted to know if soft potatoes are safe to eat.

I looked into the scientific and health literature and here’s what I found.

As a general rule soft potatoes are safe to eat provided they aren’t green.

Green potatoes indicate higher than normal levels of a toxin known as solanine.

According to the Encyclopedia of Food Safety solanine up to a level of 5g per kg of body weight doesn’t cause acute illness.

Exactly how much that is, is a bit tricky to work out without doing some calculations so below I will give some examples of how much you can eat based on different body weights.

Can Soft Potatoes Make You Sick? 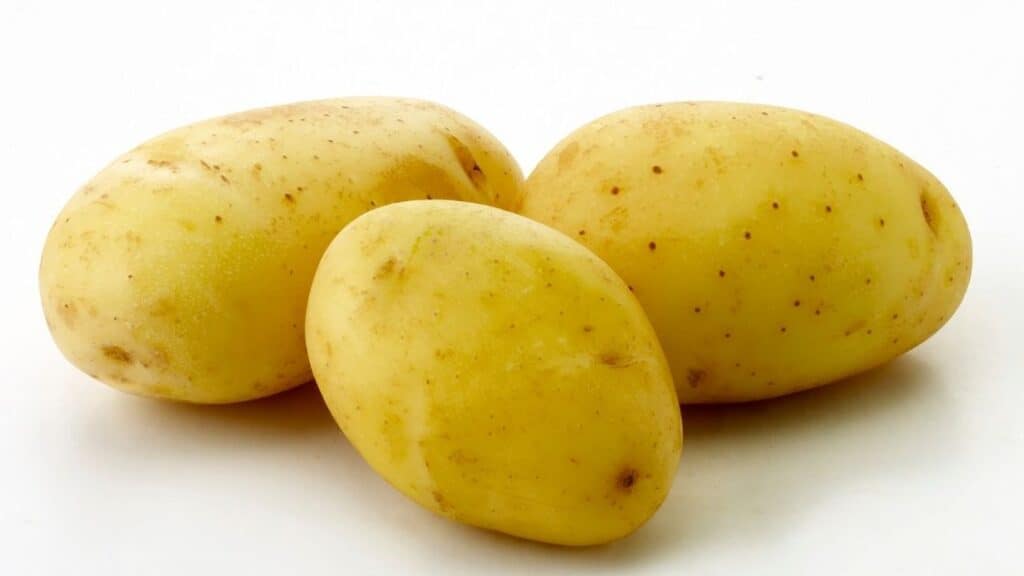 Soft potatoes that turn green are known to contain the toxin solanine.

But, what effect does it have, and do soft potatoes make you sick?

According to medical professionals, eating soft potatoes that have turned green can cause headaches, fever, brain fog, vomiting, and abdominal pain.

The Encyclopedia of Food Safety has stated that eating 5g of green potatoes per kg of bodyweight won’t cause any ill effects.

Below I have compiled 3 tables for how much green potato you can eat.

I have broken them down into a table for the amount in grams, oz, and cups.

The first table is calculated in grams:

Here’s the table in ounces (oz):

Finally, here’s a table that shows the number of green potatoes you can eat in cups:

As you can see from the tables the amount of green potatoes you can eat without developing acute sickness is very high, and almost on par with what a typical serving size of potatoes.

Therefore, it appears clear that soft potatoes should not be consumed consistently.

But, if you eat a relatively normal serving size of soft potatoes every now and then you shouldn’t notice any issues.

Interestingly, an article published in the Encyclopedia of Food Safety states that solanine is destroyed when potatoes are fried. But, it will still be present in boiled potatoes.

A good way to preserve potatoes is to turn them into potato flour or freeze them.

However, freezing whole potatoes don’t generally develop a grainy texture that most people don’t like.

But, there are some ways to freeze potatoes that turn out OK when defrosted.

I explained this in depth, as well as, the best way to freeze and preserve potatoes in this article about whether you can freeze potatoes.

Why there is solanine in potatoes?

Solanine in potatoes is thought to be a natural pesticide.

As potatoes turn soft, green, and begin to grow shoots, they will turn into a new plant.

Therefore, if animals or insects were to eat them they would not grow roots and eventually grow into a new potato plant.

Therefore, solanine protects the potatoes from being eaten by animals and plants.

In nature in general some potatoes will be eaten, but they produce so many that some will survive to grow into new potato plants.

What to Do with Old Soft Potatoes? 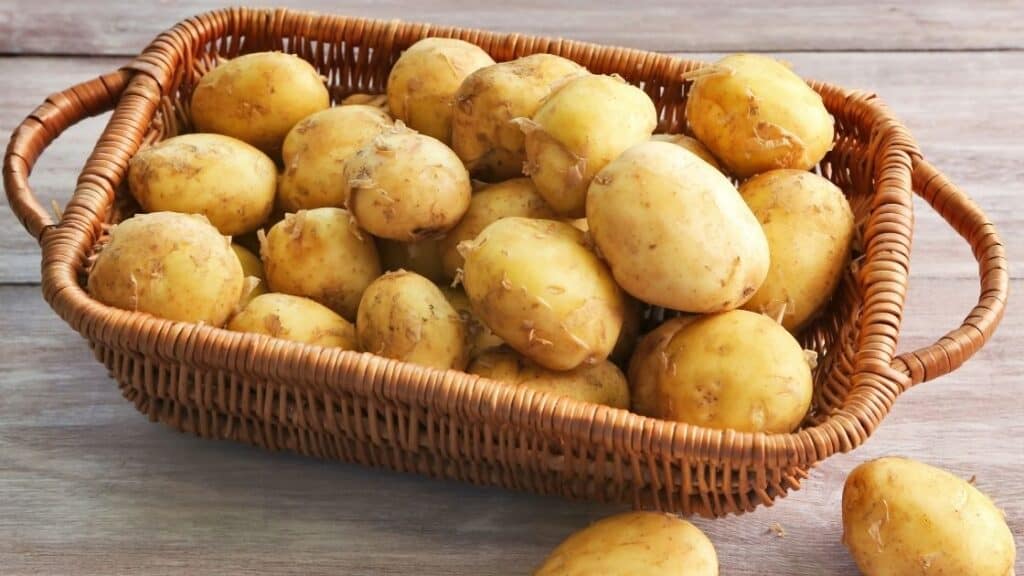 Potatoes on average will last around 6 months in a cold dry and dark place.

When kept at warmer and more humid conditions they can begin to go soft and turn green.

But, what should you do with soft potatoes?

Generally, you can eat a small amount of old soft potatoes.

But, it isn’t really recommended.

Potatoes are relatively abundant and inexpensive so it’s best to throw them away.

Whereas, boiling them doesn’t remove any of the toxins.

Therefore, if you do decide to eat them, then it’s best to fry them.

You can grate them and form them into hash browns. Or add them to baked goods such as muffins.

Where eyelets form – which are the small bumps on the surface of the potato – they can be removed as you peel them.

They tend to have a ring around them, which appears as a brown circle when you cut them and look at them in cross-section.

Some peelers have an eyelet remover.

But, they can also be easily removed by using a knife in a circular motion on the surface of the potato.

Is It Ok to Fry Soft Potatoes? 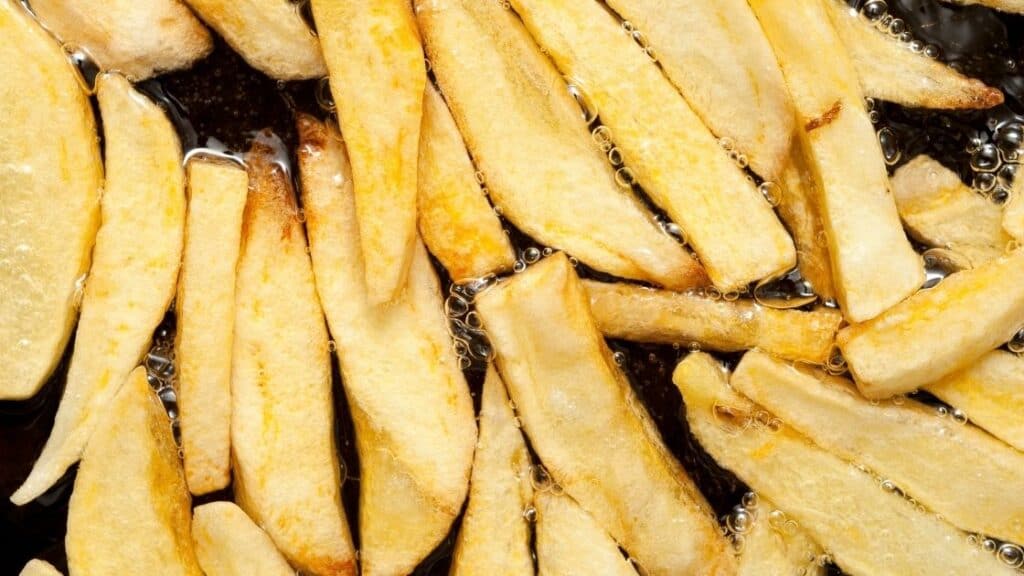 It’s often a bit confusing what to do with soft potatoes, because the skin can go wrinkly, and the texture isn’t as nice when baked in the oven.

Frying soft potatoes removes the solanine which is a toxin that becomes more abundant in the potato as they begin to turn green and sprout according to the Encyclopedia of Food Safety.

Adults can eat a cup of soft/green potatoes without any acute health effects.

But, the amount of soft/green potatoes you can eat is dependent on the bodyweight of an individual.

Children are much smaller than adults, therefore, it’s generally not a good idea for them to consume green/soft potatoes unless it’s in very small amounts.

There are some tables at the start of the article that explains how much soft/green potatoes a person can eat without suffering any health effects based on their body weight.

To know for sure you would need to know how much your child weighs and then do a calculation based on 5g of green potatoes per 1 kg of bodyweight.

Some children are naturally skinny or big-boned so the exact amounts vary based on how much they weigh.