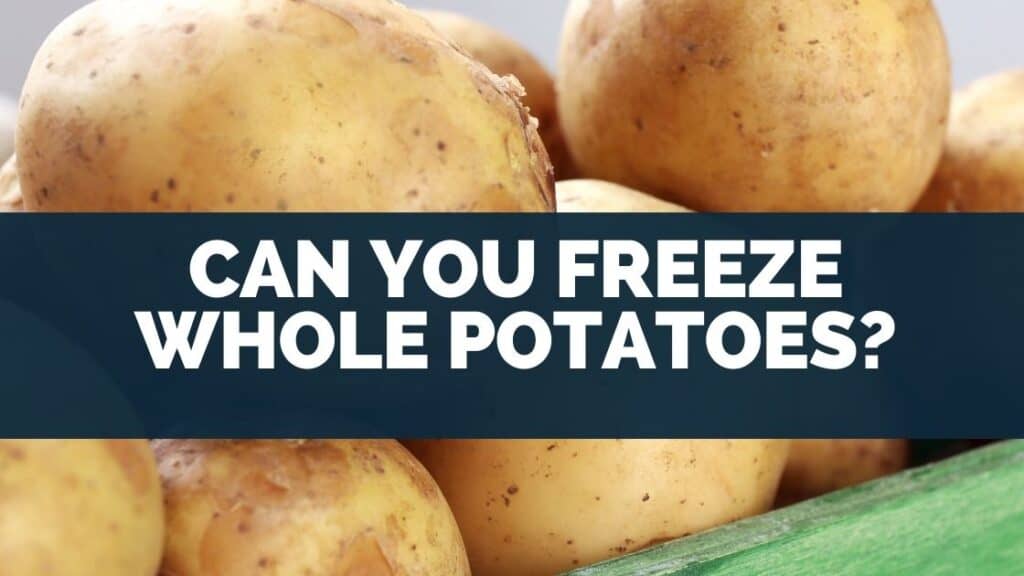 The season of spring usually limits the availability of fresh potatoes as the potato plants have just been sown.

But, oftentimes, you’ll have a batch of potatoes, and you may have more potatoes than you can handle.

So, in this article, I’ll explain whether you can freeze whole potatoes.

As a general rule, you should not freeze whole potatoes.

Virtually all people report that when thawed they aren’t very nice to eat and have a somewhat grainy texture.

As you may know, fast food restaurants always use frozen french fries and even the bigger varieties turn out really well.

There are a few tricks to freezing them to get the best results.

So, below I will explain the best way to freeze potatoes.

Can You Freeze Raw Potatoes Whole? 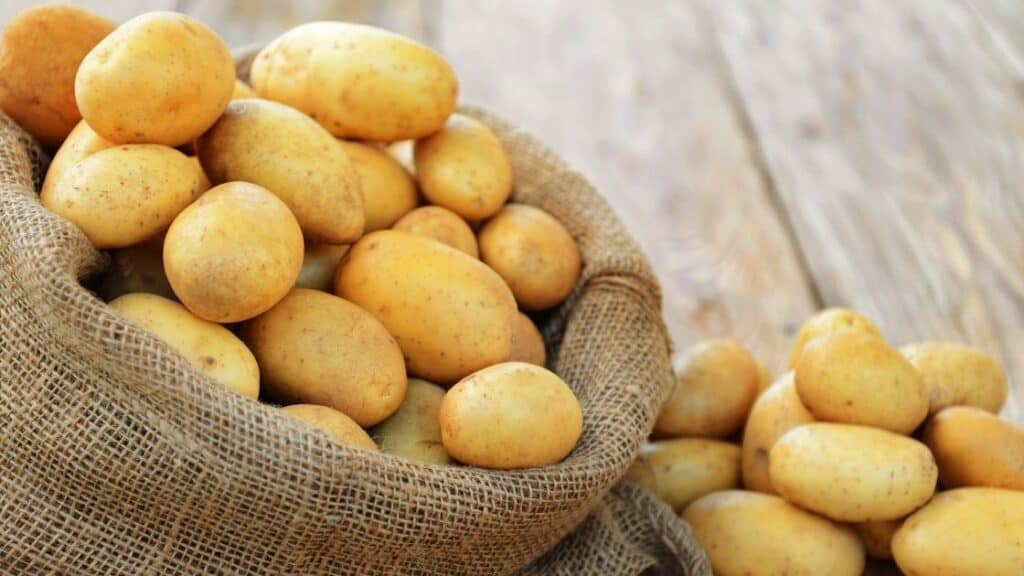 Although you shouldn’t freeze whole potatoes, you can cook them prior to freezing.

So, you may be wondering whether freezing raw potatoes whole turn out OK.

Once you defrost them they will develop a grainy texture after being cooked, which isn’t very pleasant to eat.

There are better options for preserving potatoes such as freezing mashed, or shredded potatoes.

When the question was posed in various Reddit threads, no one said that freezing potatoes whole cooked or raw was a good idea.

And more than 14 people agreed that cooking them first and then freezing them was the best way to freeze them.

They reported that they tasted OK, when defrosted but not that great.

People have reported they have also diced raw potatoes, and frozen them, or boiled them and then frozen them and when defrosted they don’t turn out very nice.

A good technique to preserve potatoes is to cook mashed potatoes, and then add them to a muffin tray and then freeze them.

After that, they can be removed and put into a plastic bag.

When you want to eat them, simply take out one, or as many as you need and heat them.

Some people wonder how to defrost mashed potatoes.

I recently evaluated the different ways to find out which is best.

You can read how to do it in this article about [how to defrost mashed potatoes].

In my opinion, frozen potatoes can go well in a soup.

For example, vegetable soups are often blended prior to being served.

And so the bad texture of defrosted whole potatoes can be unnoticeable since it’s turned into a liquid during the blending process.

And is mixed in with the small chunks of the other vegetables.

Potatoes left in the pantry will begin to sprout or turn green.

But, if you keep them in a cool dry place many people have said they last for about 6 months.

Potatoes are planted in spring in temperate climates, and small ones about the size of a golf ball can be harvested as early as the middle of summer.

The final potatoes, which are full-sized, are harvested in winter.

So, the 4 months between around late winter and the middle of summer is the best time to preserve potatoes, either by freezing them shredded, or mashed.

Provided your climate has 4 seasons.

Potato flour and potato flakes are surprisingly easy to make and are also a great way to preserve potatoes.

Potato flour is made by peeling and cutting the potatoes into very thin slices and then dehydrating them in a food dehydrator.

After that, you blend them in a food processor until they turn into a fine powder.

Potato flakes are also really good and can be added to many baking recipes, or used to make hash browns.

Here’s a really good video that shows how you can make potato flakes.

How to turn them into frozen potato fries

Preserving frozen potatoes by turning them into frozen fries is a good way to preserve potatoes.

The process is very simple.

Peel and cut the potatoes. Then cut them into the thickness you like.

Boil them until still firm but lightly cooked.

Then wash them 2 to 3 times to remove the starch.

After that, deep fry them, then cool them, and then freeze them. They can be heated in an oven tray or refried.

Can You Freeze Raw Potatoes Without Blanching? 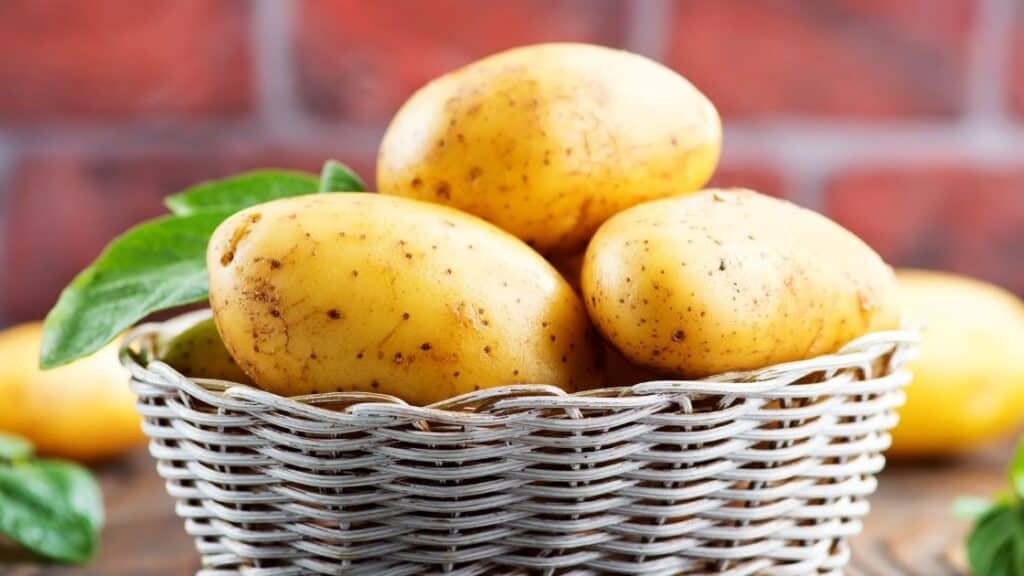 But, is it OK to freeze raw potatoes without blanching them?

Generally, you should not freeze raw potatoes without blanching them.

They keep for much longer. But, when defrosted the texture becomes grainy and unpleasant to eat.

The best way to preserve potatoes is to make them into potato mash before freezing.

Some people have claimed that it is because potatoes have a particularly high moisture content.

According to a study, potatoes contain 63% to 83% moisture content.

Other vegetables that freeze particularly well such as carrots, and peas.

However, they have a moisture content that is about as high as that of potatoes.

The fact remains that mashed potatoes, potato tots, and hash browns are nice to eat when defrosted and cooked.

And remain as the best way to freeze potatoes.