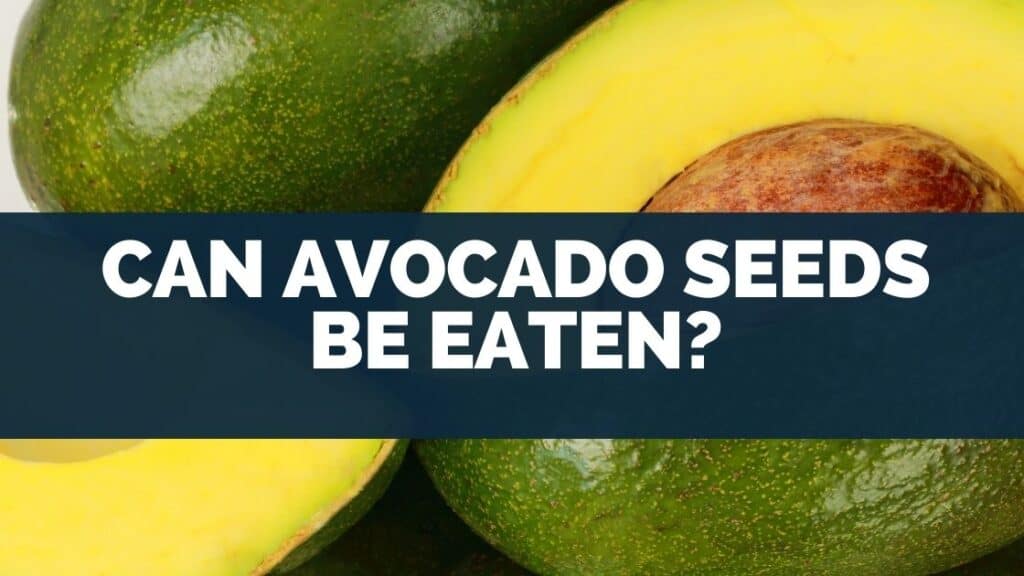 The avocado, or Persea Americana, is a popular fruit that belongs to the family Lauraceae.

Other members of the Lauraceae family include cinnamon and laurel.

Avocados are native to tropical climates and have a rich, creamy texture.

Yes, you can eat avocado seeds in small amounts, as research on the consumption of avocado seeds is in its infant stages, and the full benefits are unknown.

However, some studies show that avocado seeds might help with diabetes, hypertension, and inflammatory conditions.

Fruit seeds exist for the sole purpose of propagating the plant from which they come.

Animals eat the fruit and go about their lives far away from the parent plant.

They then poop out the seed, which propagates itself far away from the parent plant.

That way, both plants are not competing for space, nutrition, and sunlight.

The avocado has been around since the Cenozoic era, about 65 million years ago.

The large animals during that era eat avocados and poop the seed, propagating the plant.

The mammals large enough to eat avocados and their seeds were extinct more than ten thousand years ago.

Logically, avocados should have been extinct as well, but they survived, allowing humans to find and cultivate them thousands of years later.

Recent research shows many beneficial antioxidants in the avocado seed with anti-carcinogenic, antimicrobial, and anti-inflammatory functions.

Like most seeds, the avocado seed contains some complex molecules called cyanogenic glycosides, which convert into a small amount of cyanide in the human body.

However, persin can also negatively react with some medicines.

The full function of persin in humans is still not fully understood.

The research on the effects of the avocado seed on humans has just started, and there are no conclusive results yet.

While we wait for the scientific community to catch up, it might be wise to keep avocado seeds as a small addition to your diet.

Go to top
Table Of Contents hide
1 What Are The Benefits Of Avocado Seed?
2 Are Avocado Seeds Poisonous To Humans?
3 Can You Make Tea From The Avocado Pit?
4 How Do You Use Avocado Seed Tea?
5 Conclusion

What Are The Benefits Of Avocado Seed? 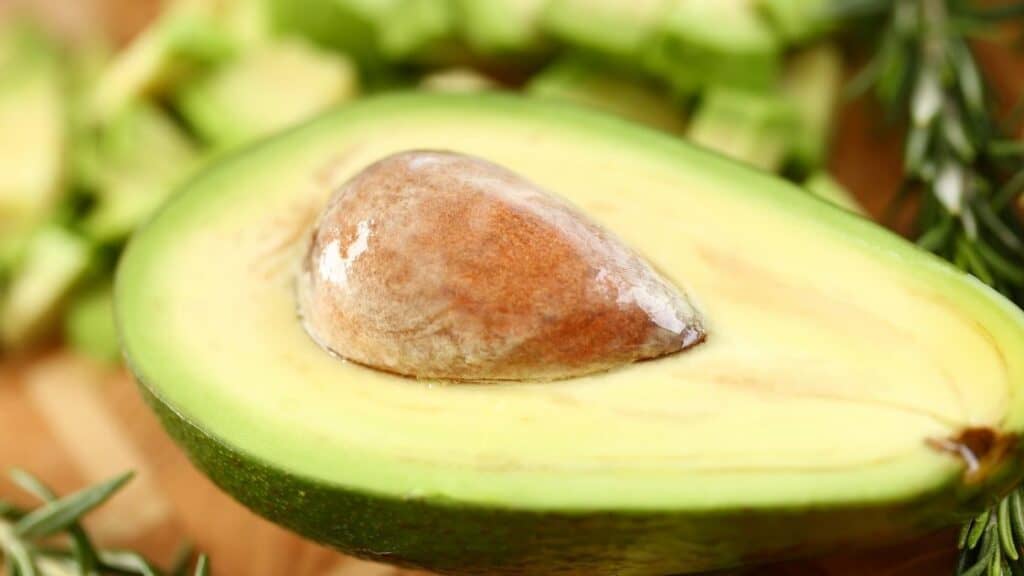 The avocado seed research is in its early stages, but there are some published studies.

This one shows that the seeds from the avocado may help treat diabetes, improve hypercholesterolemia.

It also might be helpful in the treatment of hypertension and inflammatory conditions.

In addition, avocado seeds have been found to have insecticidal, anti-microbial, and fungicidal properties.

Most of the research is made on animals, and the effects on humans are not guaranteed to be the same.

Nutritional benefits of avocado seeds are known to include:

Reducing the risk of heart disease

The avocado seed contains polyphenols, an antioxidant that fights free radicals and protectively lines the heart.

A study from the Instituto Politécnico Nacional in Mexico shows that avocado seed flour reduces cholesterol in mice.

This report shows a blood glucose decrease in rats after being fed dried, ground-up avocado seeds.

Protects the nerves in the brain and reduces the risk of neurological disorders such as Alzheimer’s and Parkinson’s.

Avocado seeds are rich in vitamin C, vitamin E, and other antioxidants.

Studies show that oxidative stress by free radicals can be a contributor to Alzheimer’s disease.

People who consume large amounts of vitamin C were found to have a 32% lower risk of Parkinson’s disease than those who don’t ingest any.

Preventing loss of vision, deterioration of the eye lens

AMD is the primary cause of blindness and visual impairment in adult Americans over 65 years.

The extract from the avocado seed can also be used as a natural preservative for chicken meat, reducing the electricity used for refrigeration. (Source)

The plant toxin persin is present in the avocado seed and leaves.

Although there is not much research done on the effects of human consumption of persin, most studies conclude that it only affects people allergic to it.

Are Avocado Seeds Poisonous To Humans? 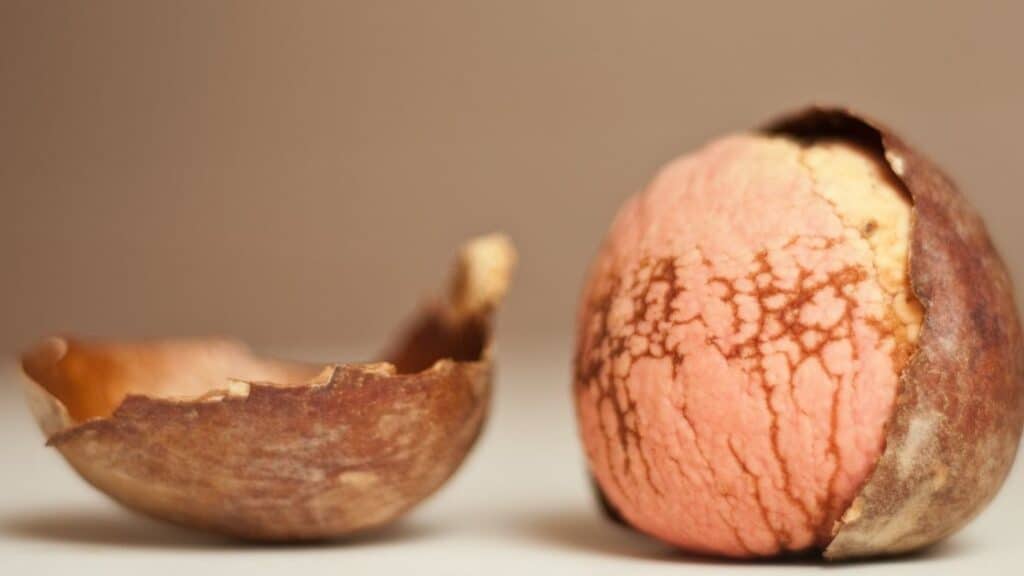 Avocado seeds contain a fungicidal toxin called persin that could potentially be dangerous to humans.

However, it is present in too small amounts to affect most people.

You would have to eat a substantial amount to be affected by persin unless you are allergic.

It is toxic to some species of animals like birds, rabbits, and horses.

Symptoms of persin toxicity include vomiting and diarrhea.

However, persin in small amounts is not toxic for humans and is even being investigated as a treatment for breast cancer.

In addition, avocado seeds contain many vitamins and minerals, such as:

Calcium is used in bone growth and repair.

It contributes to muscle building and recovery and is beneficial for dental health.

Sodium controls your blood pressure and is essential for muscle and nerve function.

Potassium is an electrolyte and is part of how electrical impulses are sent through your body.

Vitamin A is beneficial for the immune system, helps with vision, and maintains healthy skin.

Vitamin E is an antioxidant that supports the immune system and keeps your eyes and skin healthy.

It may also reduce symptoms of diabetes and delay the onset of the disease.

However, avocado seeds also contain anti-nutrients like phytic acid and tannins that reduce your body’s uptake of nutrients and minerals.

Can You Make Tea From The Avocado Pit? 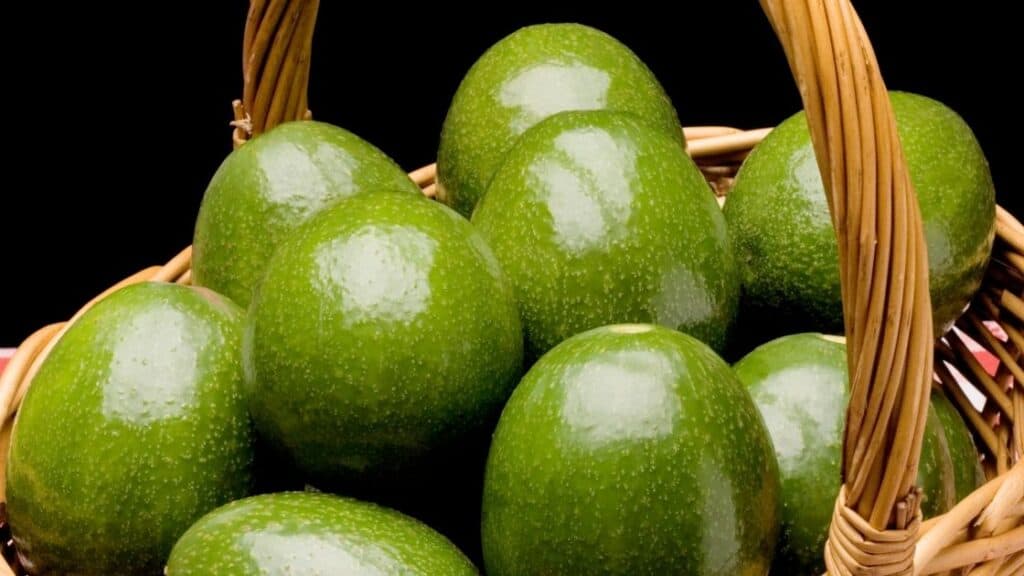 Yes, you can make tea from an avocado seed.

To make avocado seed tea, boil the seed for about 20 minutes or until it gets soft.

Cut the seed into thin slices or shred it before soaking in hot water.

Strain the water to make the tea.

The avocado seed contains lots of vitamins and minerals that are beneficial for you, but also some antinutrients that reduce the uptake of nutrition.

Persin is not considered dangerous to humans in small amounts but is toxic to some animals, so don’t feed your pets avocados.

There are some studies from Nigeria where avocado seeds were used in the treatment of hypertension.

The tests were done on lab rats and with dried, filtered seed flour.

The research on avocado seeds’ effects on humans is limited, and it is generally believed that you can use them for food.

However, you should keep consumption to a minimum due to possible side effects.

How Do You Use Avocado Seed Tea? 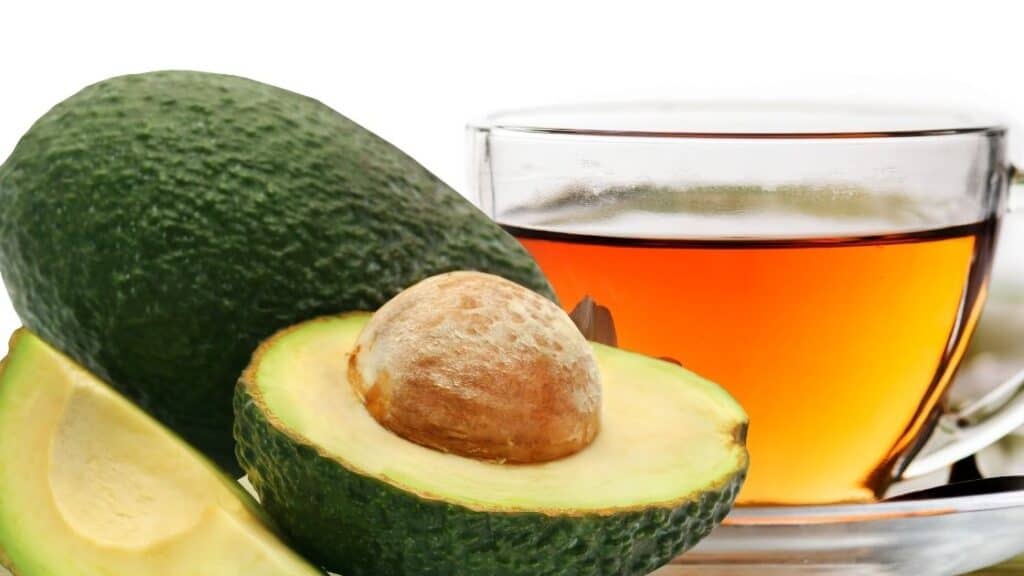 Avocado seed tea is a potent mixture known to improve bowel function, help with digestion and constipation, and strengthen the immune system.

It is low in calories and an excellent alternative to sugary beverages.

When you’re done with the avocado:

You can also make avocado seed powder and store it for future use.

After cutting the seeds into thin slices, dry them in an oven, then run them through a blender.

Tannins found in the avocado might make the tea slightly bitter.

To counter that, add a natural sweetener like honey.

Avocado seeds are a source of:

They have been credited with:

However, the presence of persin in avocado seeds makes it prudent to only consume small amounts at a time.

Persin is a toxic chemical to some animals but has not been shown to be dangerous to humans.

In addition, the seeds contain antinutrients such as:

Despite that, avocado seeds are a healthy, nutritious snack that can complement your diet and lifestyle in many beneficial ways.

It is generally believed you can use the seeds for food but keep your consumption low because of possible side effects that are yet unknown.

Excessive consumption of avocado seeds might have adverse effects on humans.

Despite that, avocado seeds are nutrient powerhouses and can be consumed in small quantities in teas, powders, or simply eaten whole.

Have fun experimenting with avocado seeds, and we wish you the best of health!