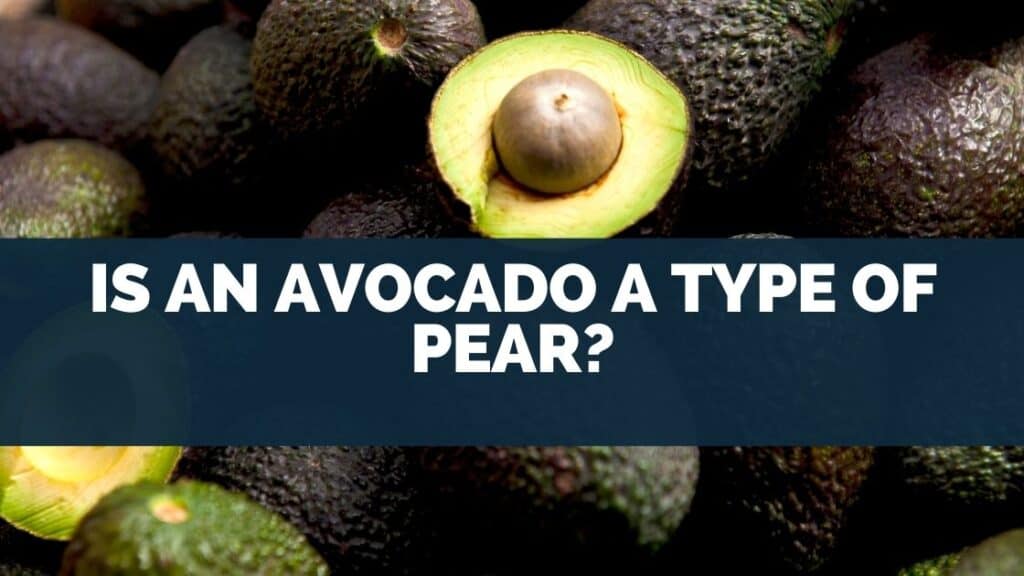 The avocado tree originates from America is is thought to be native in the elevated highlands of south-central Mexico and Guatemala.

A member of the flowering plant family Lauraceae, the avocado is botanically a large berry-type fruit containing one large seed.

Avocados may be shaped like pears, but there are not from the same family, and grow from completely different trees.

They have way different textures – avocados have a buttery, creamy texture and large seed in the middle, while a pear is can be round or oval in shape and its skin green, yellow, or red.

Many people think that avocado has a buttery or nutty taste, and it has a taste that is also grassy but very subtle and fresh.

Depending on how ripe the fruit is, avocados can be sweet and nutty or unpleasantly bitter if unripe.

An avocado that is ripe and ready to eat usually has a creamy and smooth texture.

You can eat it straight up, mix it in various dishes, or add them to juices and smoothies.

However, with over 500 different species of avocados, the taste of one can fluctuate wildly!

For example, Florida avocado is more suitable for salads because of its firmer texture, while the popular Hass avocado is fattier, making it more suitable as a spread for toast or dip like guacamole.

Avocados grow on the Persea Americana tree, a tree of the Lauraceae family.

Due to its resemblance to a pear, the avocado is often mistakenly called various names, including butter pear, custard apple, veggie pear, and alligator pear.

Pears are available in various shapes, flavors, and textures, ranging from buttery to crisp, and of course, combinations of the two.

The flavor might be tangy, sweet, or even spicy depending on the level of ripeness and the species of pear.

There are a whopping 3,000 species of pears!

The texture of pears also differs depending on the type. Here are some common types of pears in the market and their textures:

Bosc Pears – Crispy, sweet, and with a firm texture, bosc pears are perfect for eating raw or for baking because of their texture that won’t turn mushy

Forelle pear – An old European variety, Forelles have a firmer texture than many others when ripe, and a sweet taste with a hint of cinnamon.

Bartlett Pear – Bartletts come in yellow and red, with a thin, delicate skin, juicy, and tender flesh, and an oh-so-sweet flavor.

One of the oldest varieties in the US, Bartletts are one of the most commonly used species in pear-processed food production.

Asian Pear – If an apple and a pear had a love child, it would be the Asian Pear! With a gritty, crisp skin texture and a firm, crunchy flesh, these sweet pears are wonderful for salads or simply to be crunched up raw.

Go to top
Table Of Contents show
1 Are Pears and Avocados Related?
2 Why Do People Call Avocado a Pear?

Are Pears and Avocados Related?

Both also have completely different botanical names – the avocado is called Persea Americana, while the pear is called Pyrus communis.

In addition, they grow in different geographical areas.

Avocado is a tropical plant that grows in tropical climates, and it can only grow in sub-humid climates and warm weather that is no less than 50 degrees Fahrenheit.

However, some mature avocado trees might tolerate low temperatures up to 30 degrees Fahrenheit, but only for short periods.

Hence, avocados grow well in tropical or Mediterranean temperatures that stay warm all year round.

Avocado trees grow well in areas with around 60 to 80% humidity levels.

However, some species can also grow in areas with humidity as low as 40%.

In stark contrast, pear trees thrive in cold, wet climates, being the happiest when exposed to cool temperatures below 45°F for several weeks.

Some species even like this temperature for more than two months at a time, requiring constant exposure to cold to produce quality fruit.

Some rare types of pear trees only require short periods of cold temperatures to flourish, for example, just a week at about 40°F.

Despite them liking the cold, pears trees still need an abundance of sunlight which can affect the color of the fruit.

Some pear growers use large fans or other artificial cooling systems to cool their pear plantations if the ambient temperature exceeds a certain level.

Why Do People Call Avocado a Pear? 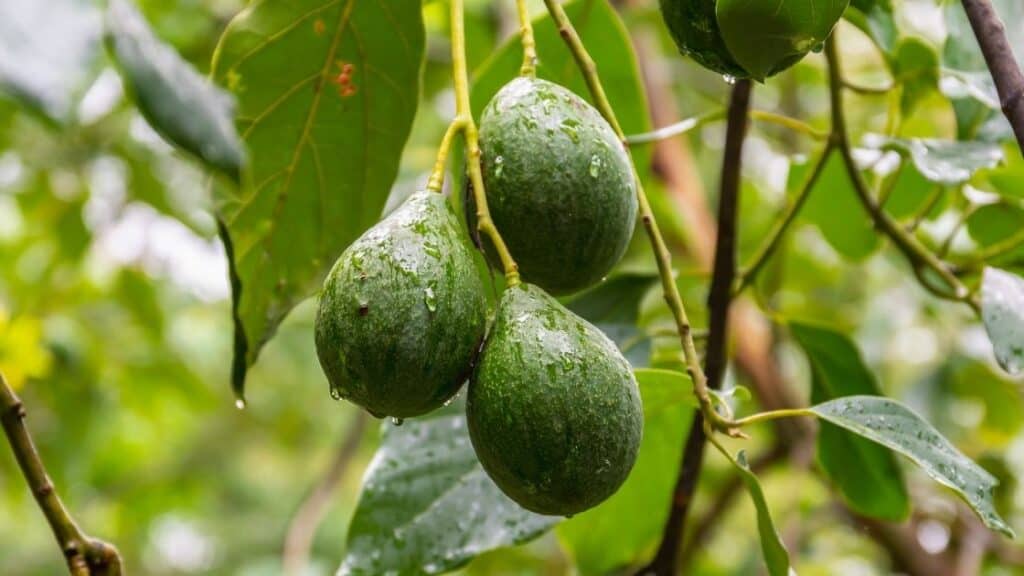 As avocados so closely resemble pears, it would come as no surprise that many around the world mistakenly call it a pear.

The “pear” label has been attached to avocados for hundreds of years, first coined in Mexico by the term “ahuacate”, also spelled “aguacate”.

Funnily, “ahuacate” is the Aztec word for “testicle”, no doubt named for the shape of the fruit and its old reputation as being an excellent aphrodisiac.

Ahuacate has been a staple in Central and South America and Mexico since 500 B.C.

Until the Spanish conquerors became fans of this fruit in the 16th century, the ahuacate had a high status among the Aztecs.

In 1914, San Francisco and Los Angeles hotels ordered as many ahuacates as possible.

Until the early 1900s, this fruit had not been planted by farmers in the US, and soon, the hotels were paying as much as $12 per dozen, which was heaps of money at that time!

A year later, ahuacate growers met in Los Angeles, changing the fruit’s name from ahuacate to avocado, and the California Avocado Association.

The rich history of avocados in California still rings true to this day.

California accounts for almost 90% of all avocados grown for the US market, with the Californian Hass avocado being one of the most popular varieties worldwide.

The California Hass was named after postal worker Rudolph Hass, who was the first to purchase a seedling in 1926 and start cultivation, growing his tiny, 1.5 acre family-run grove into an 80-acre avocado orchard.

Today, Hass avocados make up about 95% of all avocados produced in the state of California.