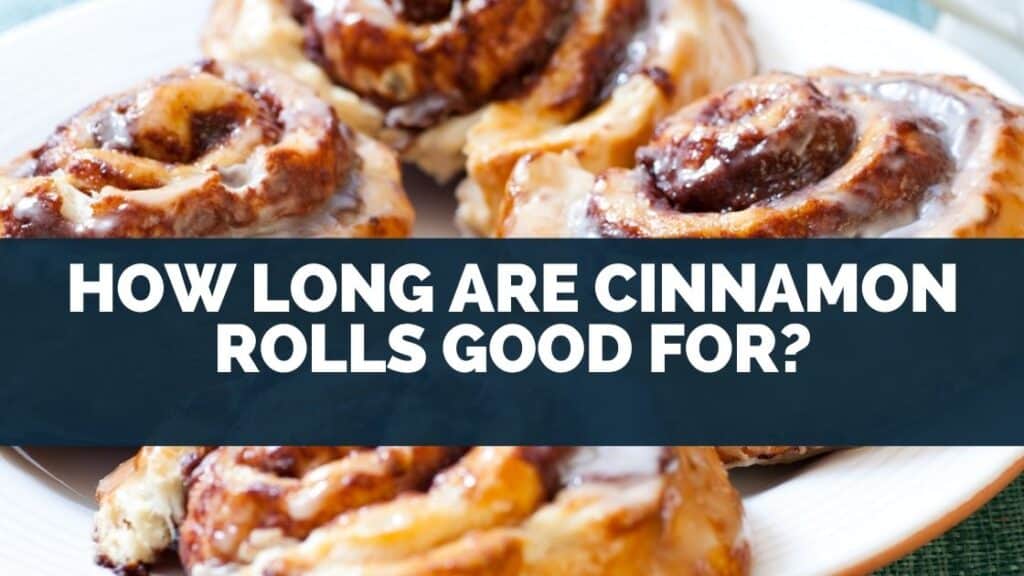 Everyone can attest to the delicious goodness of cinnamon rolls.

This deliciousness sometimes can make you bake more cinnamon rolls than you intend, leaving you with more than you can consume.

Fret not! If stored properly, cinnamon rolls can last for a relatively long period.

Cinnamon rolls will stay fresh for up to two days if you store them at room temperature and up to a week if stored in the fridge.

If you’re thinking of stocking up, you can even store cinnamon rolls in the freezer for up to two months!

The best way to store your cinnamon rolls is in an airtight container or freezer bag.

When it comes to cinnamon rolls, fresh is always best.

There’s nothing quite like a soft, fluffy roll straight out of the oven, with its sweet, rich filling and crispy topping.

However, sometimes life gets in the way and we don’t have time to bake cinnamon rolls from scratch.

Ideally, cinnamon rolls should be eaten within 2-3 days of being made.

If they are stored properly (in an airtight container at room temperature), they will stay moist and delicious for up to 3 days.

After that, they will start to dry out and become less flavorful.

If you want to extend their shelf life, you can freeze them for up to two months.

Just be sure to wrap them tightly in freezer-safe packaging so they don’t get freezer burn.

Do Cinnamon Rolls Go Bad In The Fridge? 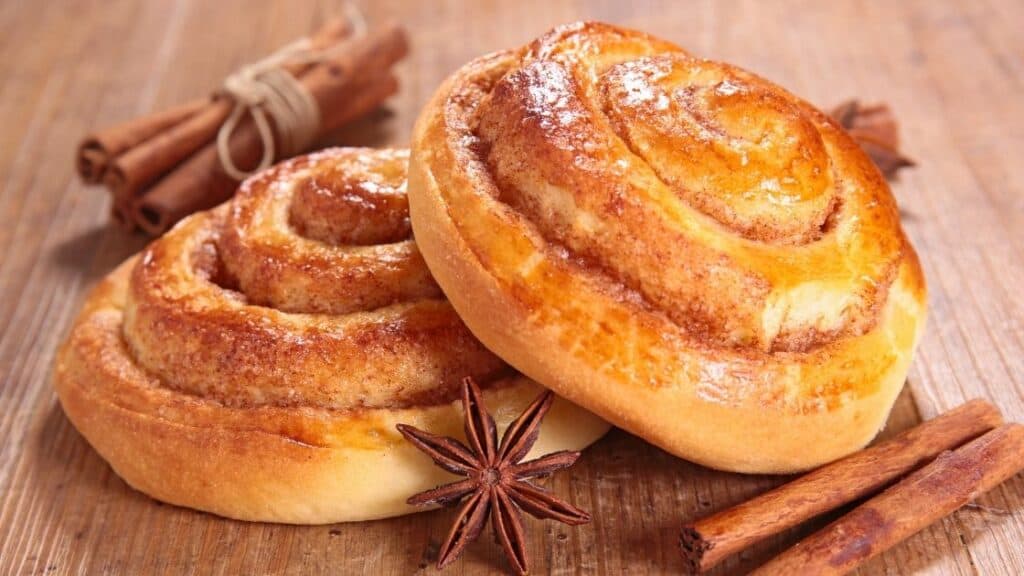 Cinnamon rolls can be stored for up to a week in the fridge, especially if stored properly in an airtight container or in a freezer bag.

Even better, store your rolls in the freezer, in which they can last up to two months!

You can also have your cinnamon dough pre-made, allowing you to have your dough on standby to bake whenever you want.

The dough will remain fresh for about 24 hours in the fridge.

To prepare dough for storage, you’ll have to ensure that it rises first and is already in the shape of your cinnamon rolls before covering it with aluminum foil or cling wrap and refrigerate.

Before you use your refrigerated dough, you may need to let it rise again to about double the size before it is used.

Beyond the already great shelf life of cinnamon rolls, keeping your cinnamon rolls in the fridge can help extend their shelf life and keep them fresh for up to a week, as long as they’re stored properly.

Important things to look out for are moisture and air.

The more moisture and air you expose your cinnamon rolls too, the faster they’ll spoil.

To counter this, you should store your cinnamon rolls in an airtight container.

This airtight container will help keep out air and even moisture.

It is also important to know that the longer you store your cinnamon rolls, the drier they’ll become.

An easy way out of this will be to avoid storing them for too long.

In addition, if your cinnamon rolls have a cream cheese frosting, the frost may also harden when refrigerated.

You may need to let it stand for a while immediately after it is brought out of the refrigerator.

An alternative may also be to have it heated for a little while. 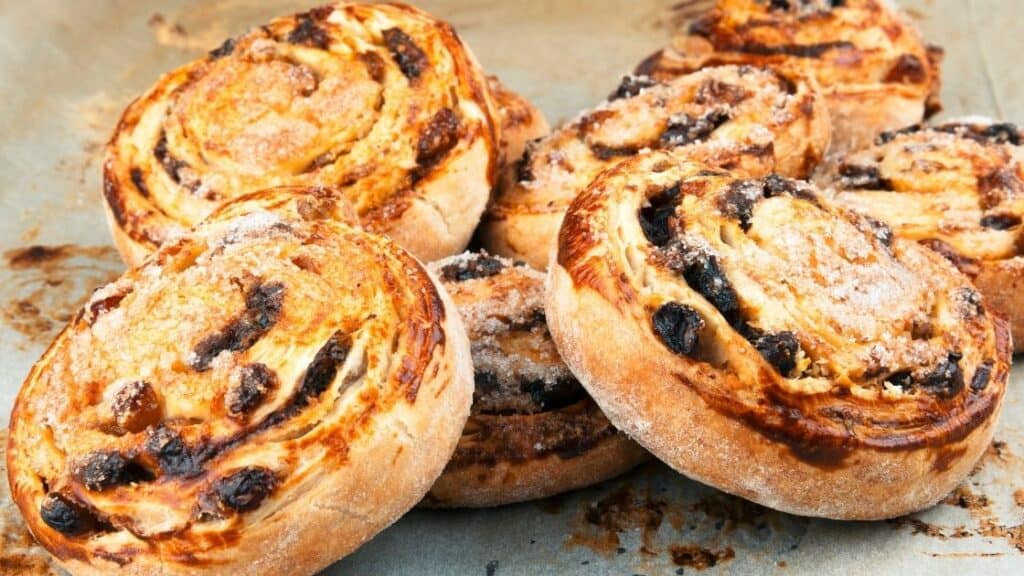 If refrigerated, your cinnamon rolls will stay fresh for up to a week.

If you leave it out on your kitchen counter, it’ll last only about two to three days.

If you are thinking about long-term storage, pop them in the freezer and they can last up to two months!

Consuming it fresh after leaving it on your kitchen counter may be harmful as the cinnamon roll may have degraded or spoilt at that time as their shelf life.

If you decide to leave it on the counter, you should store it in an airtight container or wrap it tightly with plastic wrap.

As an alternative, you may also decide to leave the cinnamon rolls on a plate and cover them with tin foil.

Bear in mind that they can only be left this way for about 2 – 3 days.

If your cinnamon roll has cream, cream cheese, or some form of icing, letting it sit on a counter may be the wrong move as usually the cheese or cream may remain fresh for only mere hours.

Food spoilage is a serious problem that can lead to outbreaks of foodborne illness.

Each year, thousands of people are hospitalized and dozens of people die from eating contaminated food.

While most cases of food poisoning are the result of poor sanitation or inadequate cooking, in some cases the food itself is to blame.

Food that has been left out of the fridge for too long can quickly become contaminated with bacteria that can cause sickness.

The key to preventing food poisoning is to know how long you can safely leave food out before it needs to be refrigerated.

Likewise in the hottest months when the temperature is above 90 degrees Fahrenheit.

Shorten that duration to about an hour.

Food that has been sitting out for longer than these timeframes may still be safe to eat, but it is best to err on the side of caution and throw it away.

It’s better to waste a little food than to risk making yourself sick.

Your best bet for cinnamon rolls with cream or cheese may be to either freeze or refrigerate them.

To freeze your cinnamon rolls, you may want to use plastic wrap, foil, a freezer bag, or an air-tight container.

You should freeze your cinnamon rolls as you intend to use them.

This is to help prolong their shelf life by preventing a continual thawing of the frozen cinnamon rolls that may affect their quality.

Freezing your cinnamon rolls also comes in handy when you would like to have your dough prepared beforehand.

You can store them in your freezer until you’re ready to use them.

How Long Can Cinnamon Rolls Sit in Fridge? 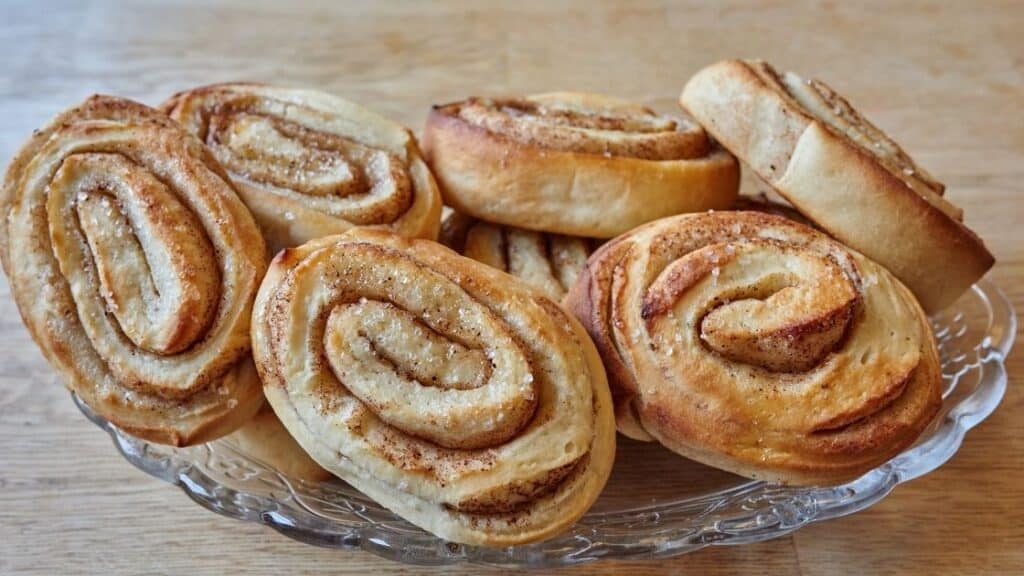 Cinnamon rolls will last about a week in the fridge, especially if stored correctly in an airtight container, plastic wrap, or a freezer bag.

The key here is to minimize the exposure to air and moisture.

In addition, an extended period of storage may leave the cinnamon rolls too dry.

This affects their overall quality and even taste.

If you would like to have it stored for a longer period of time, you should consider storing it in your freezer instead.

If stored properly, you’ll be able to store your cinnamon rolls in a freezer for about a month or two without any concern about them likely drying out.

Your ready-made cinnamon roll dough may also be stored in your freezer.

You simply need to heat them and then bake them.

To reheat your cinnamon rolls you can put them in your microwave with a damp towel.

This will help to keep it moist particularly if they have been in your refrigerator or freezer for a while.