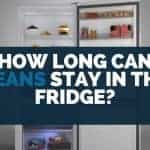 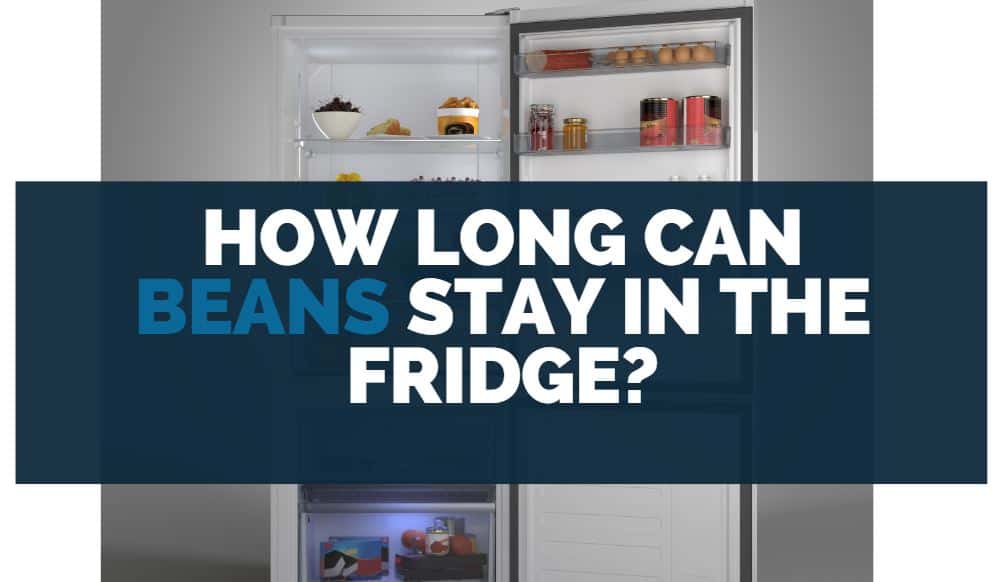 I had some beans left over from a dish I made last night. So, I thought I’d keep them in the fridge and reuse them for a salad.

But, I wondered how long they’d actually last before they went bad so after some googling I put together this article.

So let me clarify.

How long can beans stay in the fridge?

Cooked beans can stay in the fridge for a approximately 3 days before mould starts to grow on them, they start to smell bad, and begin to lose their flavor and begin to taste bad.

If they’re covered in an airtight container they can keep for up to about 5 days.

They will start to smell (and taste) bad once they’ve turned the corner from edible to having a chance of giving you an upset stomach.

But, there are some ways to make them last longer, so keep reading to discover how to extend their life and more helpful tips about preserving left over or batch cooked beans.

Go to top
Table Of Contents show
1 How can you tell if refrigerated beans have gone bad?
1.1 1. Using a small taste test
1.2 2. Visible mould (usually white) on the Beans
1.3 3. Smelly beans
2 How can you extend the life of beans stored in the fridge?
3 What do bad beans smell like?
4 What happens if you eat spoiled beans?
5 Is it OK to eat expired canned food?
6 Conclusion

How can you tell if refrigerated beans have gone bad? 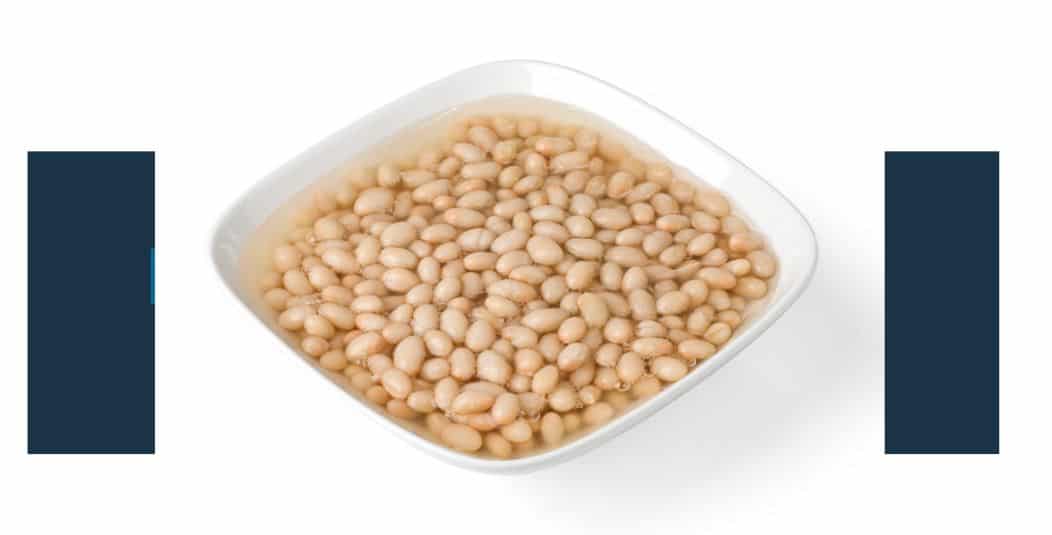 Dried beans in the fridge will almost never go bad unless they have been exposed to moisture.

If dried beans are kept completely dry because you stored them in an airtight container, they will last pretty much forever.

The United States Agent for International Development (USAID), says that they will last for up to 5 years.

Before, they start to go stale.

But, most people don’t store dried beans in the fridge because fridge space is limited, and they last just as long in the pantry.

You can tell dried beans are bad if:

Now, if all the stores are closed, and you’re starving you can still eat them if they’ve been eaten by bugs.

But, mold can be toxic, and beans that have an aroma will generally make you vomit.

Beans that you’ve put in the fridge will go bad after about a week, but if it’s been 3 or 4 days and you’re not sure, then give them a quick sniff.

When they start to taste bad they’ll give off a funny smell.

Much like milk that has almost gone off. You can drink it up to a point, but once it’s turned a corner, when you drink it you’ll have to spit it out.

Because your natural body reaction will be to stop you from swallowing it. Therefore, a good idea is to taste a little bit of it, with the idea that you’ll quickly spit it out if it tastes funny.

But, you might find they’re still as tasty as ever.

The other way is to look for any mould growing on the surface.

You can easily scoop out the parts that have mould on them and eat the rest.

There are different kinds of mould and some of them can be toxic and make you very sick. So it’s best not to ‘go natural’ and try your luck by eating it.

Also, if the entire surface is caked in mould you might want to just flag it, and cook up a new batch.

They’ll also smell a bit unpleasant once they’ve gone bad. You’ll need to get your nose quite close to the surface to get a good whiff.

However, if they’ve passed the taste test, and there’s no mould growing on them they’ll normally smell fine.

The smell comes from bacteria that grow over time. As they break down the beans, they excrete gas.

But, it’s often hard to tell the difference between the natural smell of beans, and beans that have gone bad.

The easiest way is to give them a quick taste test, if they don’t taste sour, or make you gag they’re usually fine to eat.

How can you extend the life of beans stored in the fridge? 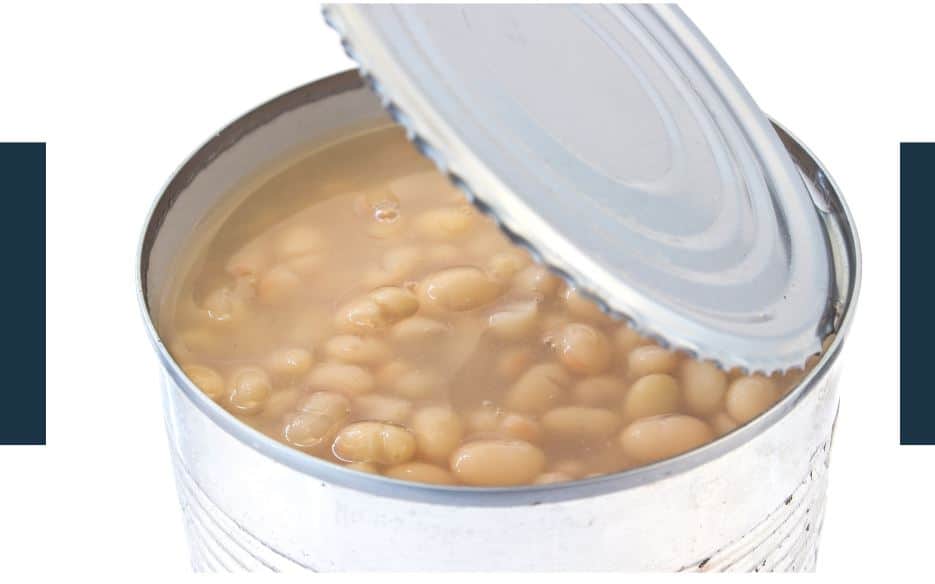 Oftentimes, you’ll be cooking up a big batch of dried beans to use in a chilli, or have some left over.

The best way to make them last the longest in the fridge is to refrigerate them as soon possible.

Refrigerated food increases the time it takes for bacteria and mould to grow.

And the longer it sits on the stove top or counter, the more bacteria and eventually mold will grow. You can also freeze cooked beans if you don’t see yourself eating them in the next week.

For example, if you’re going away, or the kids are away on a trip.

Frozen beans will last in the freezer for about 3 to 6 months, according to Tasteofhome.com.

But, in theory they’ll last indefinitely as long as they aren’t thawed out and refrozen. 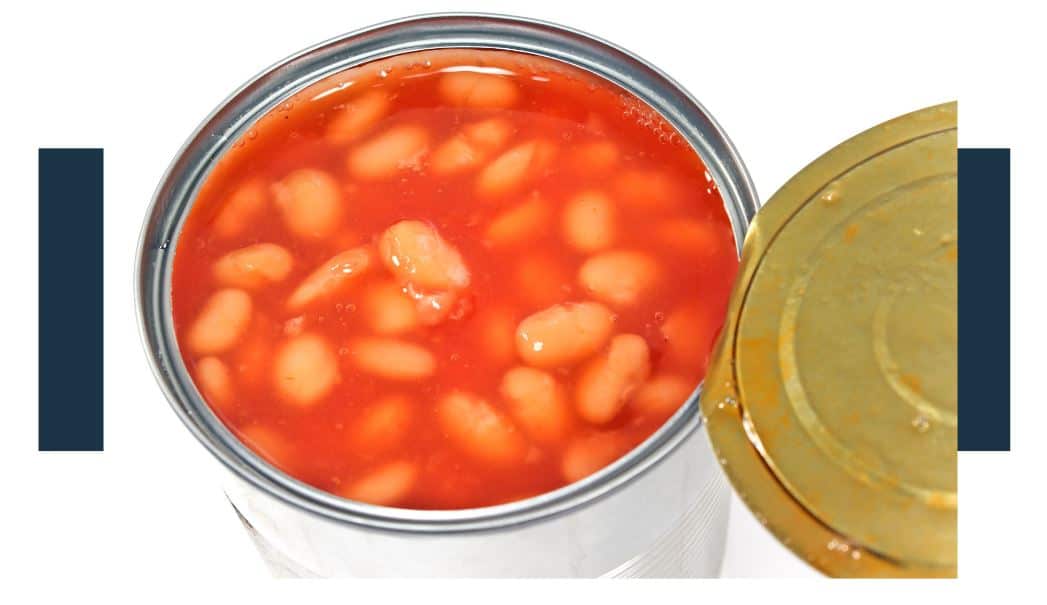 Bad beans don’t smell like anything in particular. But, when you smell beans that have gone bad, you will dry wrench and naturally turn your head away.

If you try to eat them you will most likely gag, and your eyes will water.

Some people online have reported that beans that have gone bad in the refrigerator can have a sour smell.

However, I’ve personally never smelt this from beans that in my opinion have gone bad.

And I’ve left many an open can of beans in the fridge that has grown mould on them. But, maybe something to keep an eye – I mean nose out for. Best joke so far.

When you cook beans they produce a smell that doesn’t exactly smell good, and almost smells like they are burning.

So, it’s hard to tell the difference unless you cook beans all the time.

This is your body’s natural reaction to being around anything that will make you sick to eat.

What happens if you eat spoiled beans?

Most commonly you could experience those general symptoms that be the same as common food poisoning.

You might get diarrhea, vomit, have stomach cramps, or get a headache. This is your body’s natural response to toxins.

Sometimes it’s hard to know exactly what you ate that caused you to feel sick, as you’ll normally eat a mix of foods over days.

However, it should pass within a day or two. If it persists or if you’re worried it’s best to seek medical advice

Is it OK to eat expired canned food? 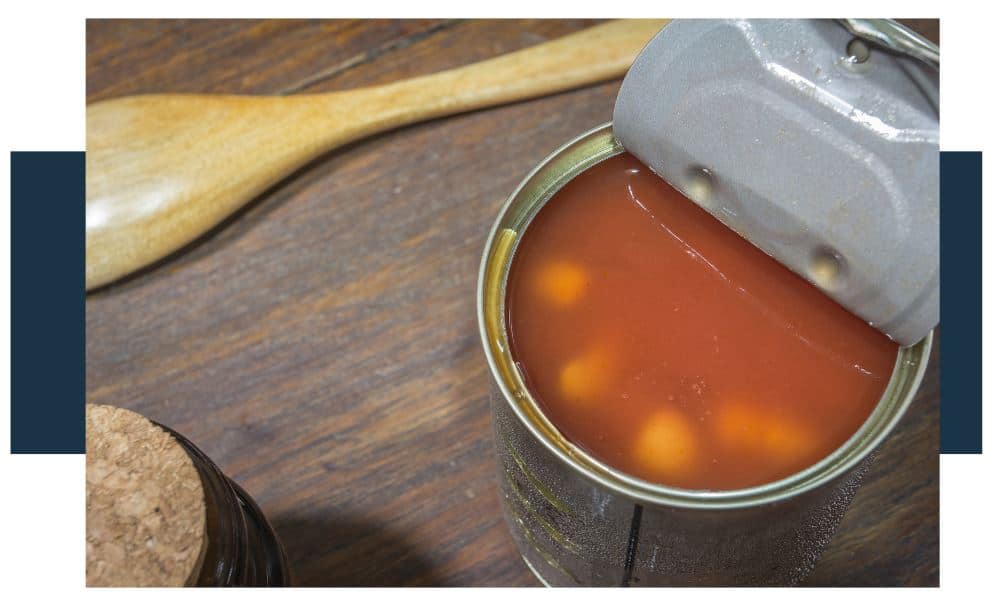 The expiry date is just a general estimate.

Most of the time canned food that has expired tastes exactly the same for many years after it has expired.

According to Dr. David Friedman, canned food has been found from 100 years ago, and remained fine to eat.

He also recommends to inspect the can and food.

If the can has been damaged and air has got into the can the food will spoil.

And if so, it’s perfectly fine to eat.

Beans can stay in the fridge for about a week before they go a bit mushy, and lose their flavor.

But, they can also grow mould, and start to smell and taste bad, to the point where you’ll want to throw them away.

You can tell that beans are bad by looking at them, smelling them, or giving them a taste.

If your gut tells you no then it’s best to listen and throw them away.

The last thing you want is to start vomiting or get diarrhea.

If you’re interested in more information about beans I recently wrote an article about the difference between cannellini beans and butter beans and which are better.

You can read it by clicking  Cannellini beans vs butter beans

I also wrote one about which is healthier pinto or black beans?.

Both store in the fridge for the same amount of time.

But, if you enjoy eating beans as much as me, you’ll probably find them interesting.