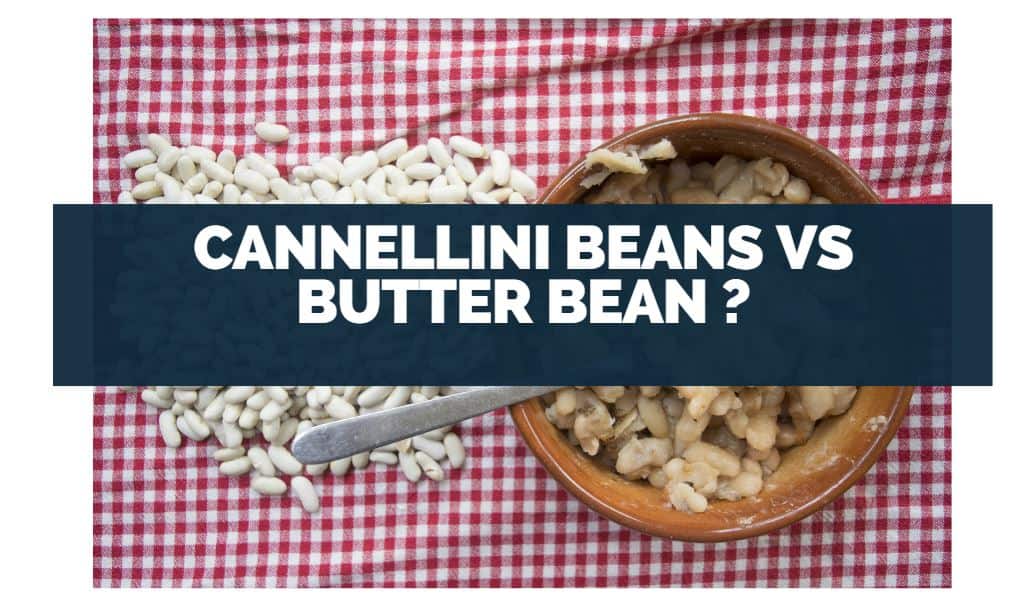 Ever noticed Cannellini beans look like Butter beans?  yeah me too and it made me curious about whether or not they are the same beans.

I did a little research and put together what I found in this helpful article.

Cannellini Beans vs Butter Beans (Are they different?).

Whereas, Cannellini beans grow in long and thin seed pods.

The actual beans themselves are similar in color, shape and taste.

But, the plants they grow are different and they are scientifically classified as different.

And Cannellini beans are the white version of the popular kidney beans.

But, you might be wondering which are healthier, and if they grow differently.

So read on where I’ll explain the answers to these questions, so you can make the right choice for your diet.

What are the differences between Cannellini beans and Butter beans? 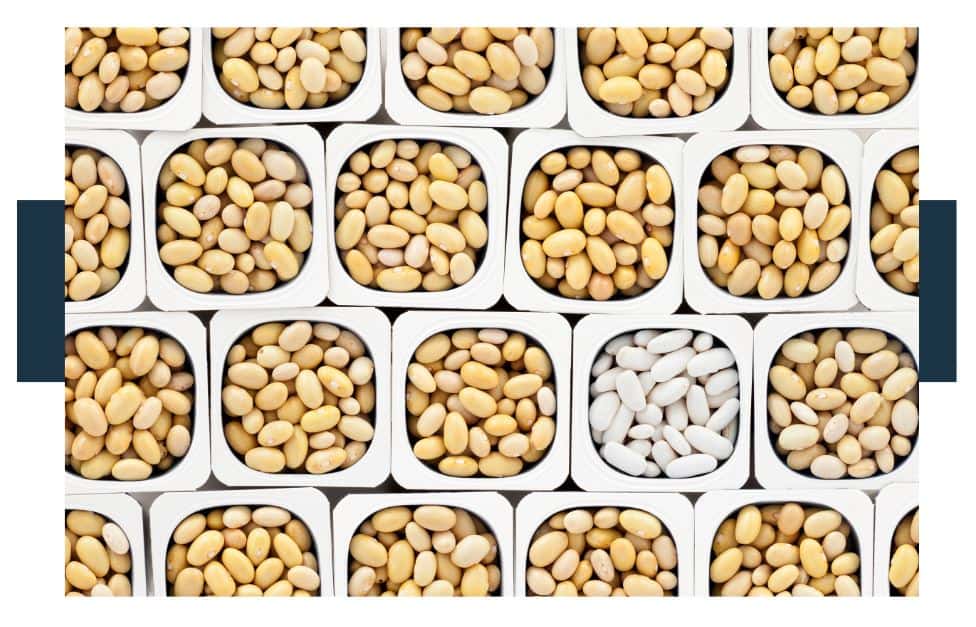 Cannellini beans and butter beans are different because of:

1. Their nutritional qualities of these beans

Cannellini beans and butter beans have different amounts of nutrients.

Below is a table with a side by side comparison:

As you can see Cannellini beans are higher in protein, but have slightly less fiber, and Iron.

All the other nutrients are very similar, except that butter beans have higher total lipid fat.

Most people who go to the gym and are trying to build muscle need to eat a lot of protein.

And it’s a challenge to find foods that contain enough without drinking protein shakes.

So, if you’re into building muscle, Cannellini beans are better than Butter beans because they contain more protein.

However, in my research I noticed the nutritional qualities shown in the table above can be very different.

Canned Cannellini and Butter bean producers will sometimes add salt, and other preservatives, which increases the amount of sodium and other nutrients.

So, it’s a good idea to compare this data with the label on canned beans you are looking to buy.

2. How these beans taste

Cannellini beans are a white variety of kidney beans, and they do taste much quite similar to kidney beans.

Kidney beans and have a rich, aromatic, and wholesome taste.

Butter beans on the other hand taste quite velvety and have an almost buttery taste.

The seed pods that contain Cannellini beans are short, and wide.

On the other hand the pods of Butter beans are long and thin.

Both beans look roughly the same.

Butter beans in appearance are flatter and slightly bigger, compared to Cannellini beans which have the shape of kidney beans.

Which are more oval in shape, and slightly smaller than Butter beans.

Phaseolus is the Genus which is the scientific name for wild beans. And vulgaris, and lunatus are the species of beans.

It is possible for beans to cross-pollinate to produce slightly different varieties.

This occurs when the beans are planted. But, according to Melinda Myers, a well known gardening expert, beans self-pollinate.

So, the chance that this happens is quite rare. And, as a result beans remain quite unique in their look, appearance, and taste.

However, they grow in most climates around the world.

Are lima beans and butter beans the same thing? 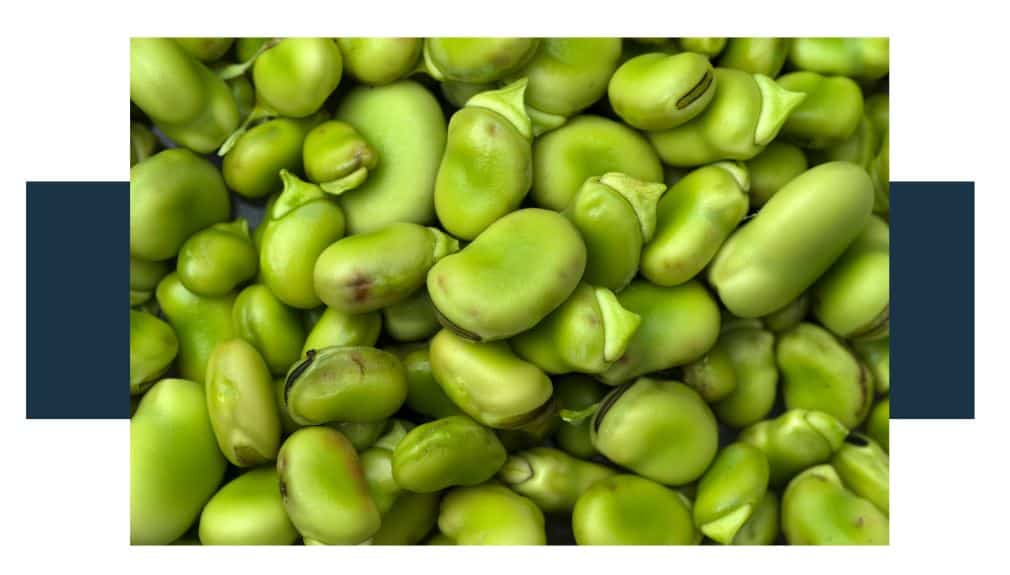 Yes Lima beans and butter beans are exactly the same.

They are the different names for beans produced from a plant that has a scientific name Phaseolus lunatus.

Lima beans are found in most countries. And in each country, and region people call them different names.

What beans can I substitute for butter beans?

Almost all beans will substitute well for Butter beans.

But, the most similar beans are Cannellini beans, which are a white variety of Kidney beans.

Although, they aren’t close in appearance and taste the following legumes are similar enough that they will work in a recipe that calls for butter beans:

All of these beans are quite easy to find in a supermarket, either canned, or dried.

Each of those beans though look different, and have a much different taste.

So, you might find some that work better than others for a particular recipe.

But, you’ll have to experiment to find the best ones.

You can often find canned bean mix, which has a combination of different beans. So, you can get an idea of what each of them tastes like.

What type of beans are butter beans?

Butter bean is one name for a type of beans that are also known as lima beans, sieva beans, double beans, and Madagascar beans.

Butter beans are a kind of runner bean. Runner beans grow like a vine.

Butter beans have the scientific name Phaseolus lunatus, and originated in South America.

Butter beans have a color that is similar to butter – they are white to light yellow. They also have a slightly buttery taste.

Are Butter beans and Pinto beans the same? 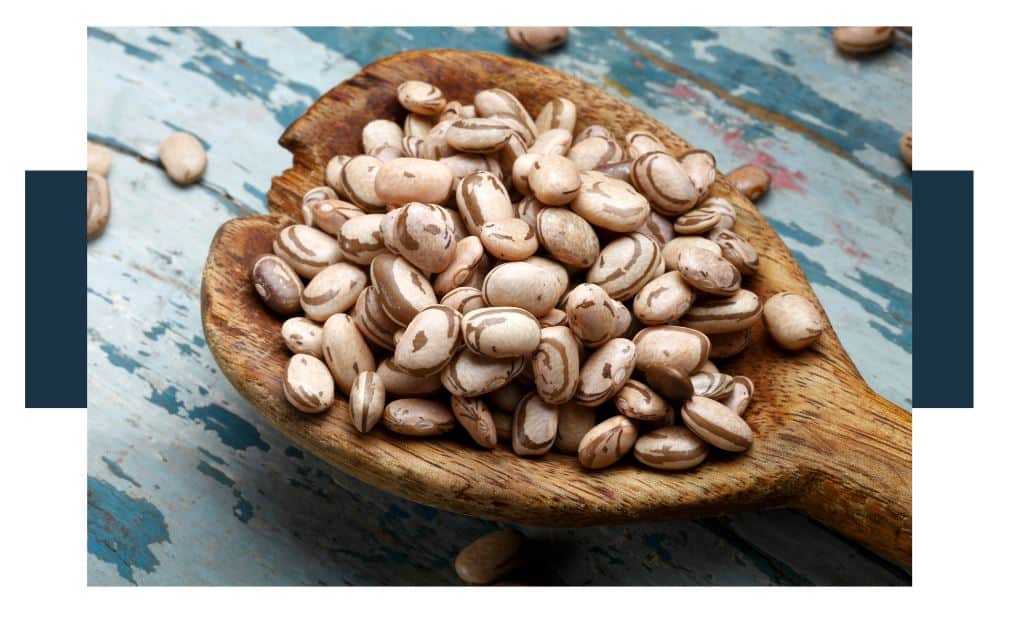 Butter beans and completely white to light yellow in color, and are quite flat and wide.

They can be used in the same recipes, for example soups, or to fill pasta.

Pinto beans compared to other beans are high in protein – with about 5 times as much protein as other beans.

So they’re a good choice for people trying to maintain or put on muscle.

I was researching different types of beans for the recipes I regularly made, and did a side by side comparison of which are healthier Black beans and Pinto beans.

You can read the article I wrote about it by clicking Which Is Healthier Pinto or Black Beans?

I also did some thorough research into whether canned kidney beans are good for you.

You can read that article by clicking her Are canned kidney beans good for you?

It explains some key information about how often you should eat canned beans. Because eating them too often can be bad for your health.

You might mistake them for one other especially when they’re cooked because they’re both white to light yellow in color.

They have some differences though, for example Butter beans are flatter and bigger compared to Cannellini beans.

Cannellini beans are the white version of kidney beans, and have the same shape.

Cannellini beans are also higher in protein, but don’t have as much fiber, and Iron as Butter beans.

Other than that they have a similar nutrient profile.

I'm the founder of EatForLonger.Com. I'm an enthusiast researching and sharing foodstuff and lifestyle based insights. Simple food based concepts for optimising your Healthspan, nutrition and all-round well-being. I hope it inspires you to make tiny changes and add some life to your years. Read more About Me here

link to Why Is It Best To Eat Fruit in the Morning?

Eating fruits is essential for health, especially if you're on a diet. You might be wondering about the best time to have fruits. Some people say you should have them early in the day, while...

Continue Reading
link to What Are the Most Expensive Nuts?

When it comes to healthy snack options, nuts are many people's go-to choice to munch on. However, not all kinds of nuts are good for you, nor are they budget-friendly as they can actually be quite...

I'm Chris Watson - The founder of EatForLonger.Com I'm a huge advocate of healthy eating that is designed to improve well-being and ultimately my Healthspan.
My curiosities lead me to explore a plethora of foodstuffs and their wellness properties.