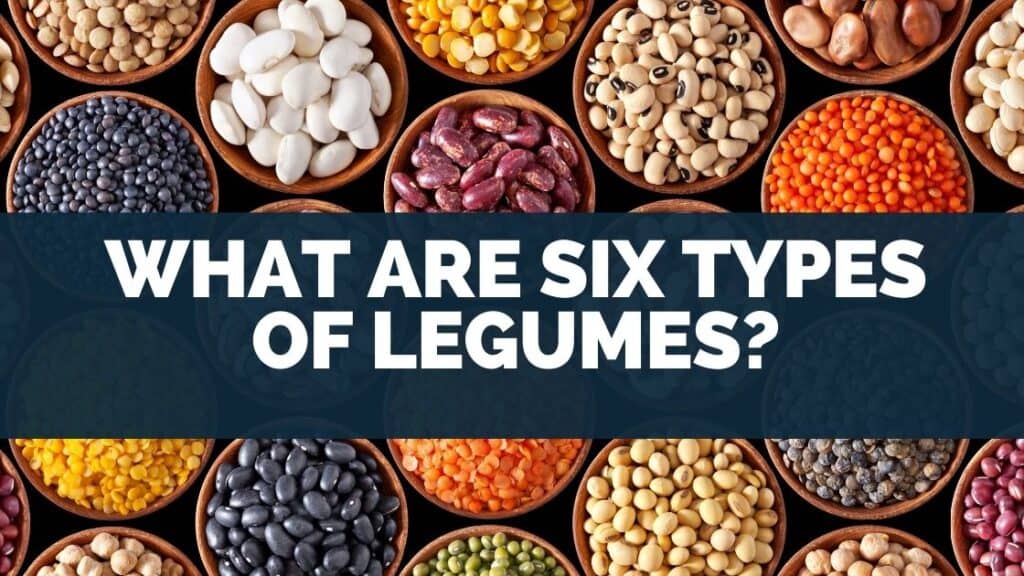 Legumes are the fruit and seeds of the Fabaceae family of plants.

They are little power-packed bundles of protein, fiber, and have many other beneficial nutrients.

The top 6 legumes in nutritional content are as follows

Let’s cover these varieties in a little more detail

Table Of Contents show
1 Chickpeas
2 Lentils
3 Peas
4 Navy, Pinto and Black Beans
5 Is Corn A Legume?
6 Which Vegetables Are Legumes?
7 Are Beans Vegetables Or Legumes?
8 What Is The Difference Between A Legume And A Vegetable?
8.1 Interesting Facts About Legumes
9 Conclusion

Also known as garbanzo beans, chickpeas have been nourishing us for thousands of years.

A rich source of vitamins, fiber, and protein, they have been linked to various health benefits such as weight control, reducing the risk of disease, and improving digestion.

Here’s the nutritional content of 1 cup (about 160g) of chickpeas.

Ways to prepare chickpeas include:

One of the oldest health foods, lentils were first grown in the Middle East around 8,000 BC.

They are an excellent source of B vitamins, magnesium, iron, potassium, protein, and fiber.

In addition to that, they are rich in polyphenols, compounds that have potent antioxidant and anti-inflammatory properties.

Polyphenols are plant compounds that act as a barrier to harmful free radicals and might reduce cancer risk.

Ways to cook lentils include:

They may look like vegetables, but peas are legumes.

The different varieties of peas include garden or green peas, snap peas, and snow peas.

They are an excellent source of plant-based protein and have been credited with numerous health benefits such as supporting heart and digestive health, blood sugar management, and reducing cancer risk.

Here is the nutritional content of 100g of green peas:

Fresh peas that are still in the pods are usually steamed or boiled but can be stir-fried.

Dried peas can be soaked for six to eight hours before cooking to reduce the cooking time.

Also known as haricot beans, navy beans are rich in B vitamins, fiber, protein, and minerals.

A study of 38 children who had abnormal blood cholesterol found higher healthy cholesterol levels after eating navy beans every day.

Pintos are the most popular bean in the US. Commonly used in Mexican cuisine, they are often eaten whole, mashed up, or fried.

Also known as turtle beans, black beans contain loads of protein, fiber, and other nutrients such as zinc, folate, and phytonutrients with antioxidant properties.

In addition to the core nutrients, these guys come with folate, manganese, magnesium, and iron and have been linked to several health benefits such as controlling weight, reducing heart disease risk, and lowering blood pressure.

Sprinkle them into any salad or add to soups and stews for the added protein and nutrient boost.

Beans can be pre-soaked to reduce cooking time and reduce the oligosaccharides that give gas.

Is Corn A Legume? 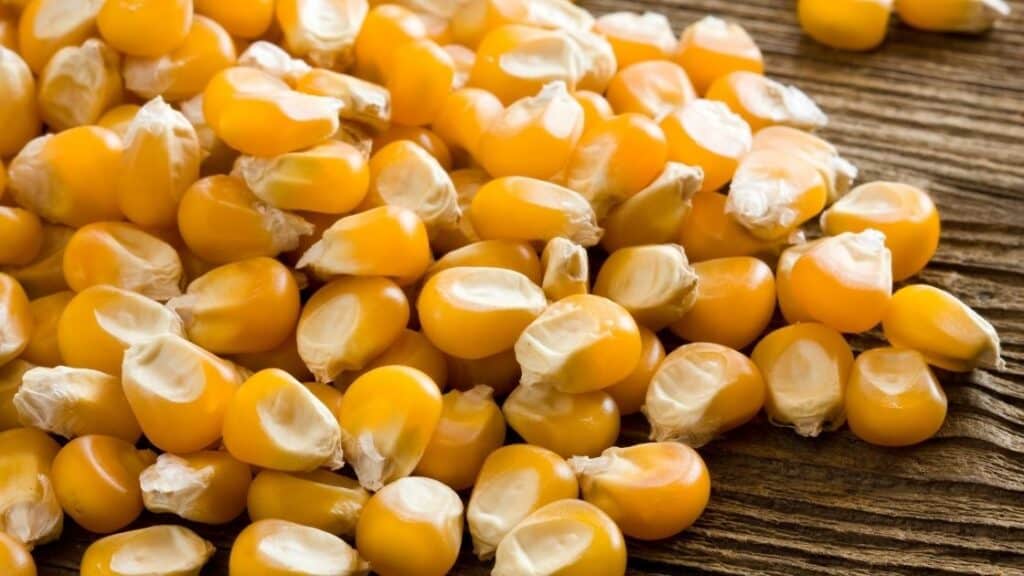 No, corn is not a legume. It is considered either a grain or a vegetable based on when it is harvested.

When harvested fully mature, it is considered a whole grain.

However, when harvested fresh with liquid in its kernels, corn is viewed as a vegetable.

To further complicate things, some grains like popcorn that come from the seed or flower of the plant are considered fruit!

Mature corn is a whole grain that contains tons of minerals, fiber, and vitamins.

Fresh corn on the cob or plain popcorn is an excellent source of protein, copper, zinc, fiber, vitamin B6 and potassium.

This nutritious snack has been linked to several health benefits like:

Corn on the cob is extraordinarily versatile and can be roasted, steamed, grilled, or boiled.

They can be eaten whole or added to stews, salads, and sauces.

Which Vegetables Are Legumes? 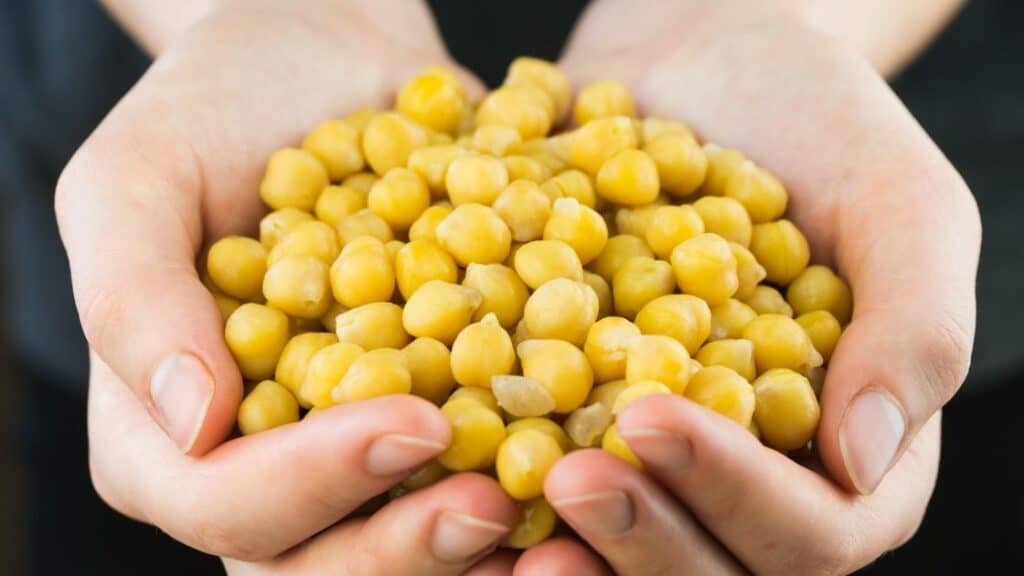 Vegetables can come from different parts of a plant, such as leaves, roots, flowers, seeds, shoots, and stems.

Green peas, beans, lentils, and chickpeas come from the plant’s seeds and are legumes.

This family of beans and peas comes from the family of plants called Fabaceae, or Leguminosae. (Source)

Some other common legumes are:

Are Beans Vegetables Or Legumes? 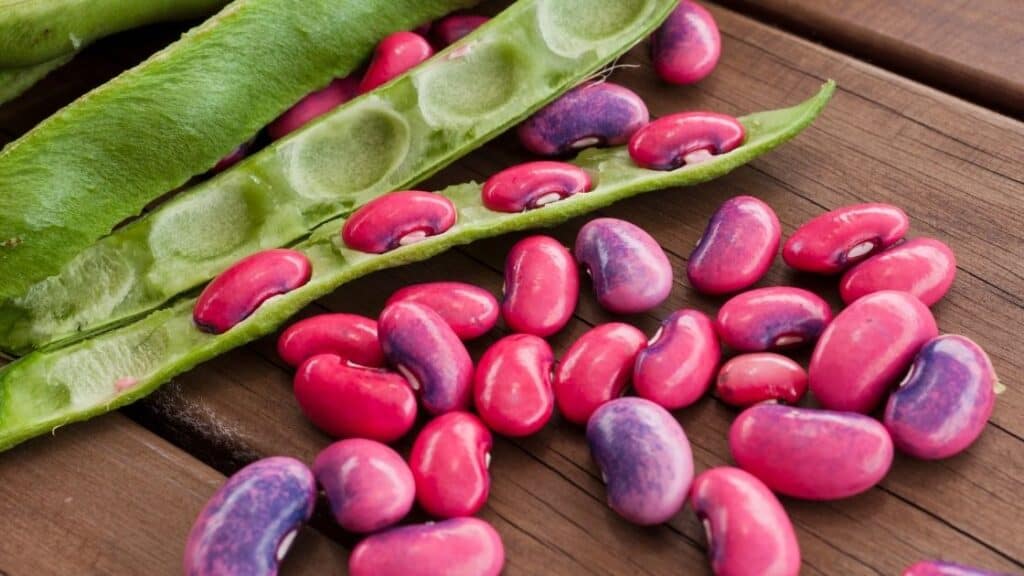 Technically beans are both.

All beans belong to the legume family.

The legume family is a class of vegetables harvested from the fruits and seeds of the Fabaceae group of plants.

Although in a separate food group, beans are very similar to vegetables in nutritional content.

Beans are a vital source of dietary fiber and nutrients such as folate, magnesium, potassium, iron, and zinc.

To further complicate things, beans can also be included in the protein food group because of their high protein content.

The large amounts of amino acids available from beans make them an excellent substitute for meat in vegetarian and vegan diets.

The USDA (United States Department of Agriculture) has classified beans as part of the protein and vegetable food groups. (Source)

What Is The Difference Between A Legume And A Vegetable? 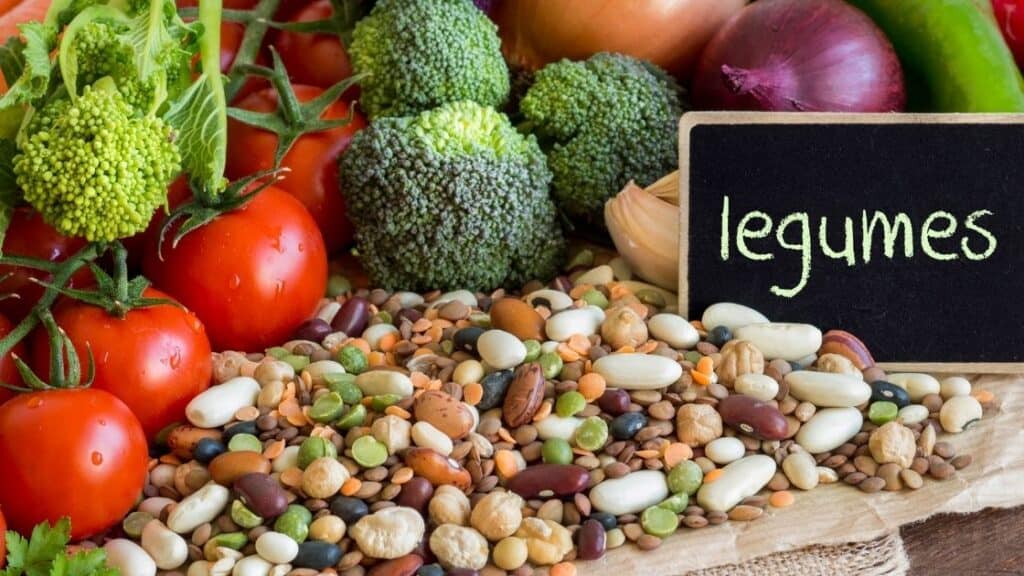 Vegetables come from many parts of the plant and can be broken up into sub-groups.

Legumes come from the seeds of the Fabaceae family of plants and are one of the sub-groups of vegetables.

Vegetables can be divided into the following sub-groups:

It can be tricky to navigate the world of beans, vegetables, and legumes.

A broad way to understand the groups is to see vegetables as the all-encompassing food group with legumes as a sub-group.

And beans, being legumes, fit neatly under that umbrella.

Whatever the classification, the health benefit of legumes is undeniable.

Enjoy the little pockets of nutrition, and we wish you the very best of health.