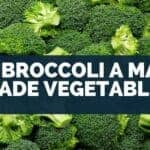 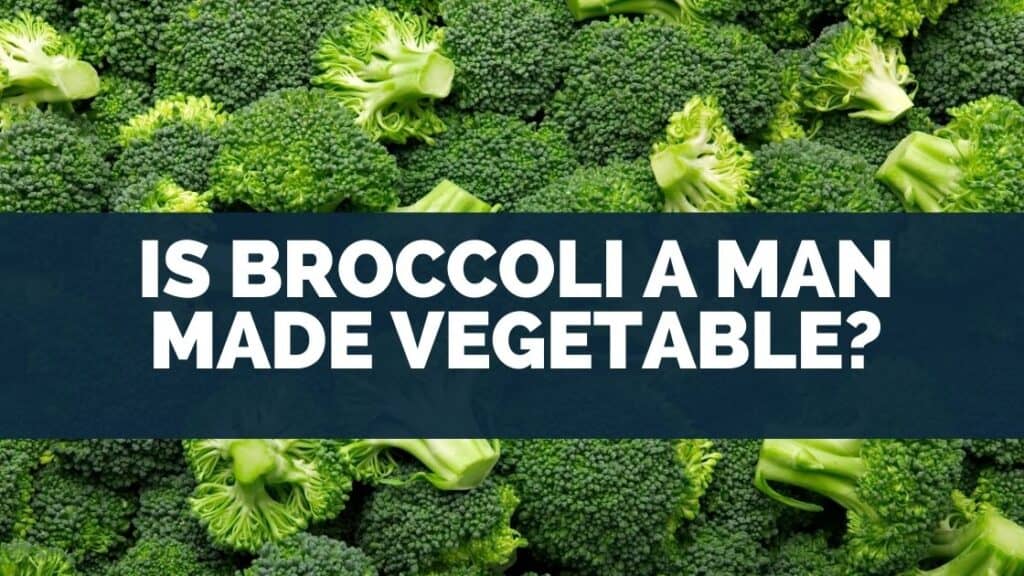 It’s a common practice to isolate plants and selectively breed them to isolate desirable traits.

But, I was curious whether broccoli is man made.

So, I looked into the history of the vegetable, and here’s what I found.

Overall, broccoli is not a man made vegetable.

According to Encyclopedia broccoli is native to South Western Europe.

Although varieties are selectively bred for various characteristics, it is not known to be a hybrid between two different plant varieties.

Go to top
Table Of Contents show
1 What Vegetables Are Man-Made?
1.1 How man-made (hybrid) vegetables are created?
1.2 Creating man made vegetables (hybrids) from vegetables that don’t produce fruit
1.3 Avoiding natural pollination while creating a hybrid vegetable
1.4 How man made/hybrid vegetables differ from grafting?
2 Is Cauliflower a Man-Made Vegetable?
3 Is Corn Man Made?

What Vegetables Are Man-Made? 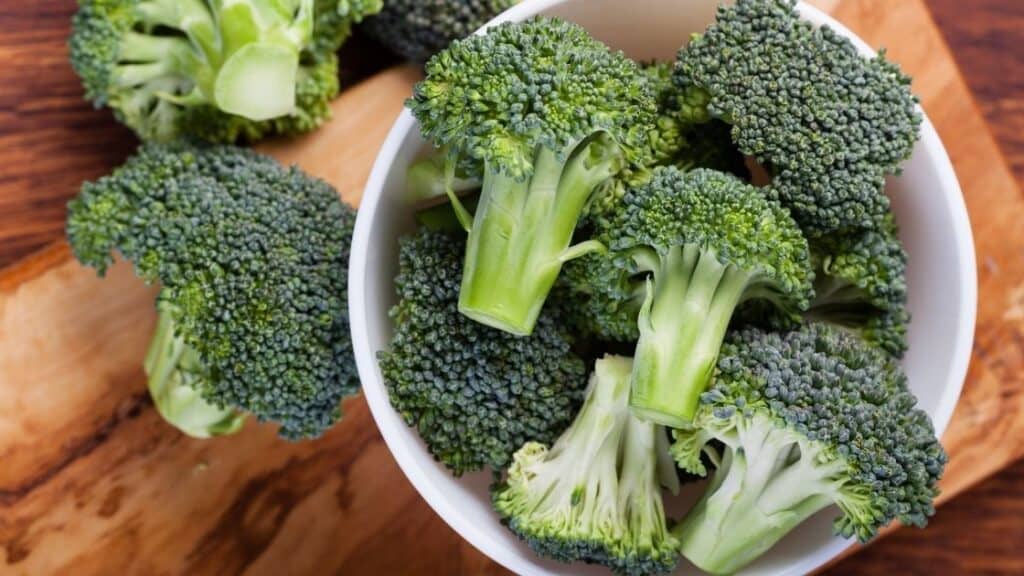 Various vegetables are clearly man made, and can be quite easy to recognize because they have names that are two vegetables combined.

But, some are not so obvious.

Are all examples of vegetables that are man made are.

A man made vegetable is one where two separate species are bred together to form what is called a hybrid.

This is different from varieties that are selectively bred to enhance various characteristics.

For example, it’s common that varieties of vegetables that have desirable qualities are kept separate from others so that they only pollinate with themselves.

This keeps the desirable qualities of the vegetables.

Through the random diversity of a species of plant, some can have broader leaves, bigger roots, or are particularly resistant to various insects.

How man-made (hybrid) vegetables are created?

Hybrid vegetables are made by cutting a male flower from one species and rubbing it against a female flower of the other vegetable species.

The male flower generally has a stamen, which is a stem-like part in the middle of the flower.

A female flower by comparison generally has a bulb-like appendage in the middle of the flower.

Certain plants have both male and female flowers.

With these, you can use any flower you like to create a hybrid vegetable.

Another way is to use a paintbrush.

With a paintbrush, you can rub it inside the flower of one plant, and then brush the paintbrush onto the flowers of the other plant you’re creating a hybrid with.

The resultant vegetable is unpredictable.

Therefore, it can take a few tries to get a vegetable that has desirable qualities.

It’s important to note that fruits and vegetables are different.

And many vegetables are commonly called vegetables.

When they are in fact botanically a fruit.

Examples are pumpkin, eggplant, and tomatoes.

Vegetables are different in that the part that you eat is either the roots, leaves and/or stems of the plant.

Fruits are produced where the flower was.

As an example, the part of asparagus that you eat is the stem of the asparagus plant.

If an asparagus plant is not harvested it will produce berries.

Interestingly, asparagus berries are poisonous and should never be consumed.

And rather the seeds form in clusters that are blown away by the wind.

Other good examples are herbs like fennel, that flowers, and then goes to seed.

But does not produce fruit.

Therefore, when creating hybrids from vegetables that don’t produce fruit, you first pollinate them by rubbing the male flower of the other plant you’re creating the hybrid with.

And then waiting for it to go to seed.

You then collect the seeds and plant them to see what the resultant plant produces.

Whereas, with vegetables that produce fruits, you wait for the fruit to develop and then harvest the seeds from the fruit.

And then plant them.

Pollen is dispersed by the wind and insects.

But, depending on when you do it the flower may have already been pollinated by insects, birds, or the wind.

Therefore, it can be a good idea to take some steps to ensure the flowers are pollinated naturally by insects or windswept pollen.

They say that a plastic bag should be avoided as it creates a hot and humid environment for the flowers that can cause them to wilt and die.

As you may know, there is also a process known as grafting and plants can also be selectively modified and the gene level to create what are called GMOs.

Grafting can only be done with fruit trees, as it requires a firm and thick stem.

All vegetables that are botanically vegetables don’t have firm and thick stems that will make a graft successful.

Tomatoes and chilies can be grafted.

However, these are technically fruits.

Grafting is a bit different because you are making one tree produce two different types of fruits.

They grow separately on different branches.

It also only generally works with fruits that are quite similar.

For example, two different varieties of pears or apples.

In grafting a branch is removed from one plant, and then a cut is made into the other plant.

The branch is placed into the cut and then wrapped in tape.

The wound heals and with a bit of luck, the branch will survive and begin to grow.

As it grows it will produce the fruit of the plant that it was cut from.

Is Cauliflower a Man-Made Vegetable? 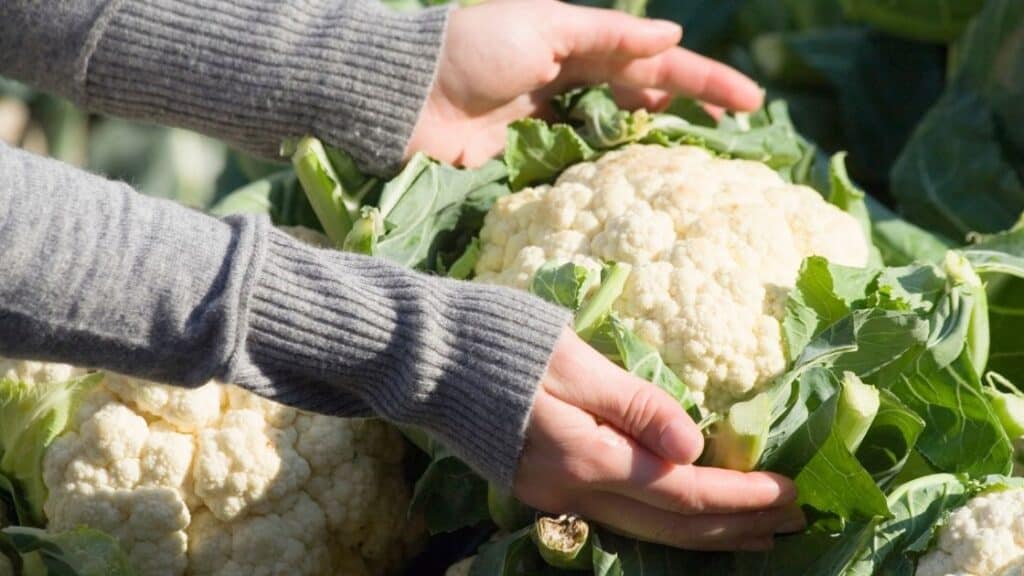 Cauliflower has an unusual appearance and grows in a very similar way to broccoli.

But, is man made?

Cauliflower is not man made.

But, according to Encyclopedia Britannica, it is a highly modified version of cabbage.

Therefore, it is possible it’s a man made hybrid.

However, no information is available about whether it is or isn’t a hybrid.

It’s believed to be native to Cyprus in the Mediterranean.

Recorded history is often sparse, and the first known recording of it was in the mid 1800s.

At this stage, no recorded evidence has been found that it is indeed a hybrid.

Hybrids can also form naturally, and therefore if it is a hybrid it could have been developed naturally.

But, can also have been hand-pollinated and preserved making it man made.

Is Corn Man Made? 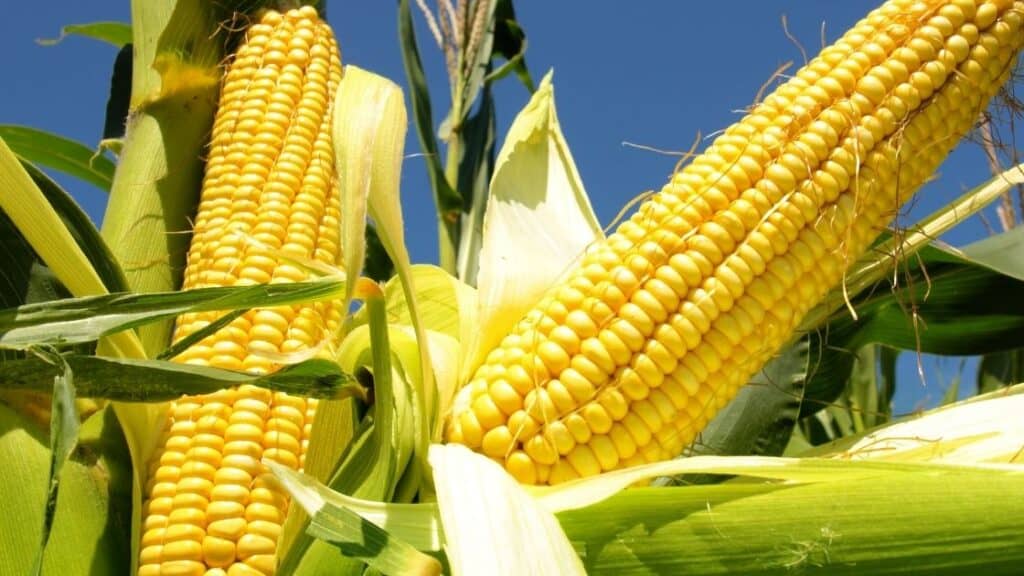 Corn is very unusual, as it appears to be an oversized grass.

So, I was curious whether it’s man made. So, I did some research into whether or not it is, and here’s what I found.

Corn is not man made.

There is no evidence to suggest that corn is man made.

Corn is native to Central America according to Encyclopedia Britannica, where it was selectively bred and later spread throughout North America and the rest of the world.

Various sources suggest that corn has a long history of being hybridized with other varieties to produce the corn that is grown today.

As a result, corn grown today has a much greater yield. Where it remains as one of the most grown crops in the USA.