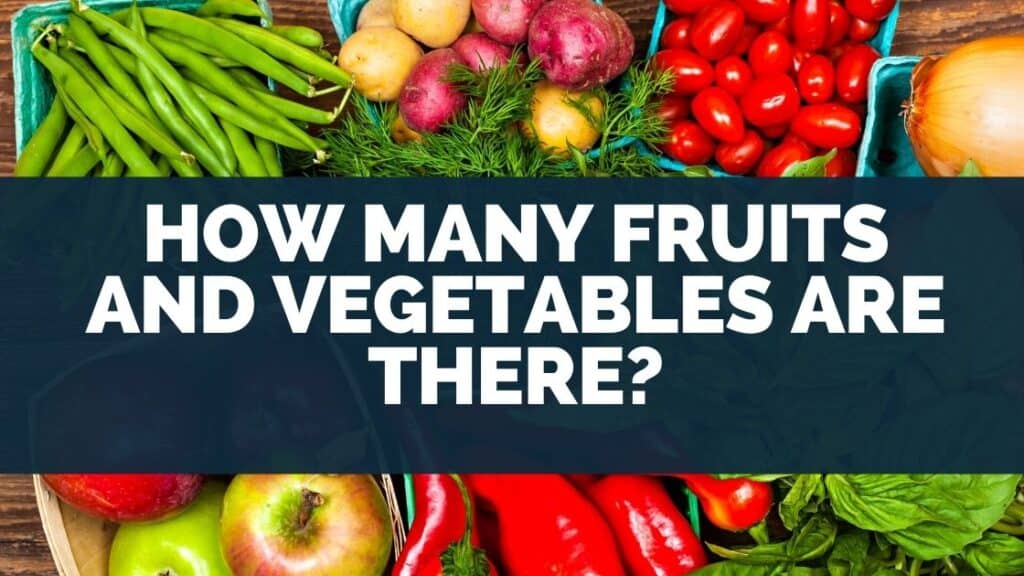 I looked at the statistics and here’s what I found.

Overall, there are around 3000 known fruits and vegetables. Of that number 1000 are vegetables, and 2000 are fruits.

It’s likely there are many rare and unknown fruits and vegetables that could increase this number over time, but at the time of writing, there are 3000 in total

I’ll also present some data showing what most people think is the worst fruit.

As well as, detail the most popular fruits in the USA.

What is the world’s favorite fruit? 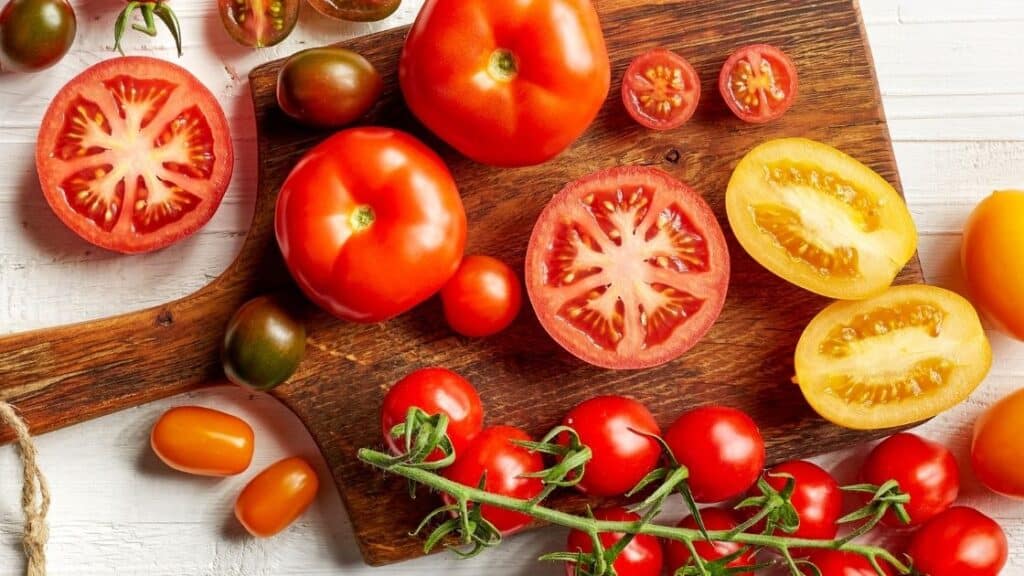 So, what fruit is the number one, the fruit that beats all the other fruits?

Tomatoes are the world’s favorite fruit. Followed by, bananas and watermelons.

There are nearly twice as many tomatoes produced a year worldwide as there are bananas.

And around the same amount of watermelons are produced a year as bananas.

So tomatoes are the clear winner.

You may have heard that tomatoes are a fruit when they generally aren’t most you’d generally think of as a fruit.

However, in strict mathematical/scientific language fruits and vegetables aren’t differentiated by their taste but rather based on the way that they grow.

For example, a vegetable is always the roots, stalk, or leaves of the plant.

Such as carrots, celery, and lettuce.  Whereas, a fruit is the seed pod.

As you might have already guessed, there are many well-known vegetables that are actually fruits such as cucumbers, and pumpkins.

For you to refer to pumpkin as a vegetable you would need to be talking about the stem, roots, or leaves.

But, most people don’t consume the stem, roots, or leaves of pumpkin.

So, it’s generally regarded as a fruit.

This is, however, a little-known fact.

What are the 10 most popular fruits in the world? 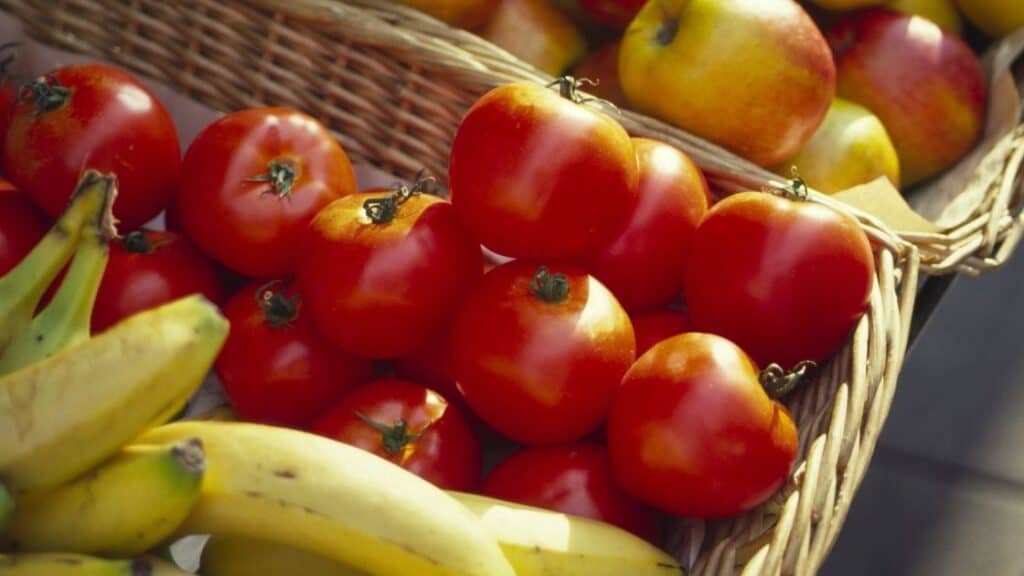 Certain fruits like bananas and apples come to mind as some of the most easy-to-find fruits at grocery stores, and specialist fruit and veg stores.

But, I wanted to know what the 10 most popular are.

Here are the results of some studies that looked at global fruit production.

The 10 ten most popular fruits based on consumption are:

The fruits in the list above are produced the most throughout the world.

Interestingly, the country that produces the most tomatoes and accounts for 30% of the total tomatoes grown each year is China.

Also, for bananas the following countries grow the most:

Bananas grow best in tropical humid climates and based on the list of countries it seems that most of the production is in countries that are located close to the equator.

Which makes sense, because the further away from the equator you go the colder it gets.

What is the king of all fruits? 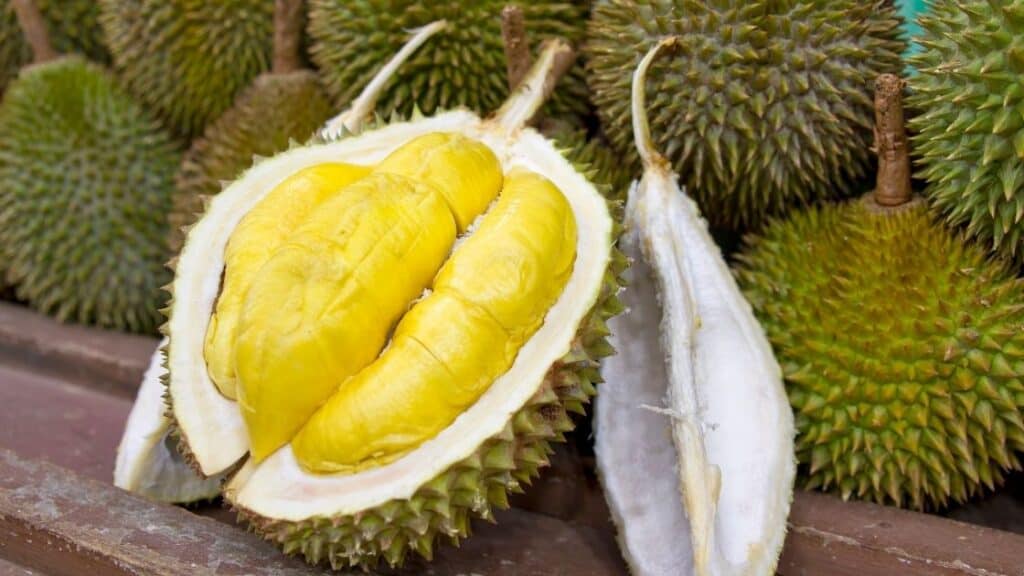 You may have heard people say the term ‘the king of fruits, but didn’t know what it was.

Durian is considered the king of all fruits.

Although, jackfruit could be considered a close second.

Durian has a very unpleasant smell.

To the point where it’s banned from being carried on public transport in countries South East Asia where it’s widely available.

Durian flesh is soft, and yellow in color.  And as you may know, it has sharp and spiky skin.

Durian grows on trees that can grow very large and is popular in South East Asia.

Although, it grows in tropical climates.  Jackfruit grows to be much larger in size.

I recently wrote an article about the differences between jackfruit and durian. Read it [here, jackfruit vs durian].

What is America’s favorite fruit? 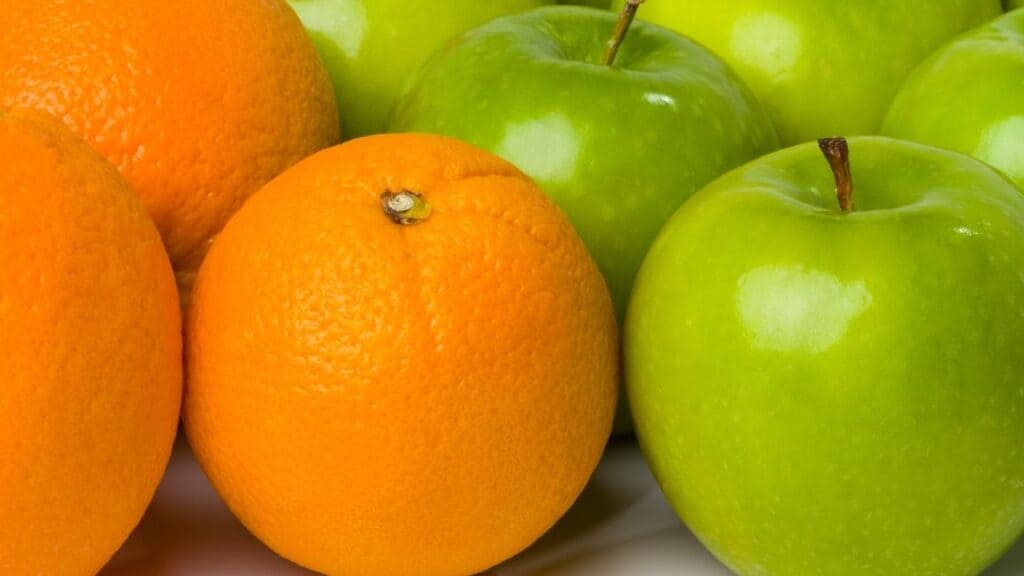 America is one of the largest economies in the world so then what is America’s favorite fruit?

Apples and oranges are the most consumed fruit in America according to data produced by the USDA.

However, the reason that apples and oranges are America’s favorite fruit is because of apple and orange juice.

For just eating the fruit itself bananas are the most popular.

Here are some tables that show a comparison between the most consumed fruits based on whether it’s the fresh fruit itself, or the fruit juice.

I also added both the fruit juice and fresh fruit together to show which is the most consumed overall.

As you can see the fresh fruit that is sold the most is bananas, but the most popular juice is apple and orange.

When you combine both juice and fresh fruit, apples are the most popular.

What is the most hated fruit? 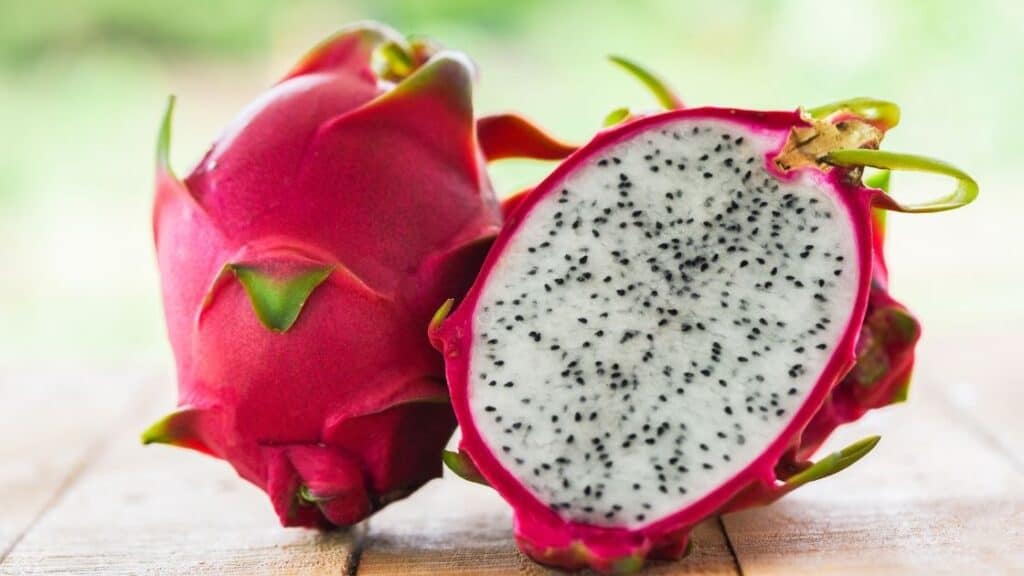 I like most fruits, but at certain times in my life, I avoided certain fruits like starfruit that have a sour taste.

Now, my taste has changed and I like quite sour fruits.

But, I was curious about what most people consider to be the worst fruit.

I collated some data from reddit posts and here’s what I found:

Dragonfruit was voted as the most hated fruit.

Followed by grapefruit, durian, and tomato.

Various other fruits were rated once, such as blackberries, and apples.

However, dragonfruit has significantly more votes.

Here’s a table that shows the data I collected from people’s responses:

The number of votes makes the data fairly accurate.

However, the audience is limited to people who use Reddit, and therefore, it couldn’t be said with 100% certainty that dragonfruit is the most hated fruit.

In fact, many people acoss the world haven’t tried dragonfruit so this may be swekwed somewhat.

Interestingly, when people described why they didn’t like certain fruits it was because they found them disgusting.

But, with some of the fruits that only got 1 vote, the respondents had a good reason such as they didn’t like the texture.

What fruits have the most vitamin C? 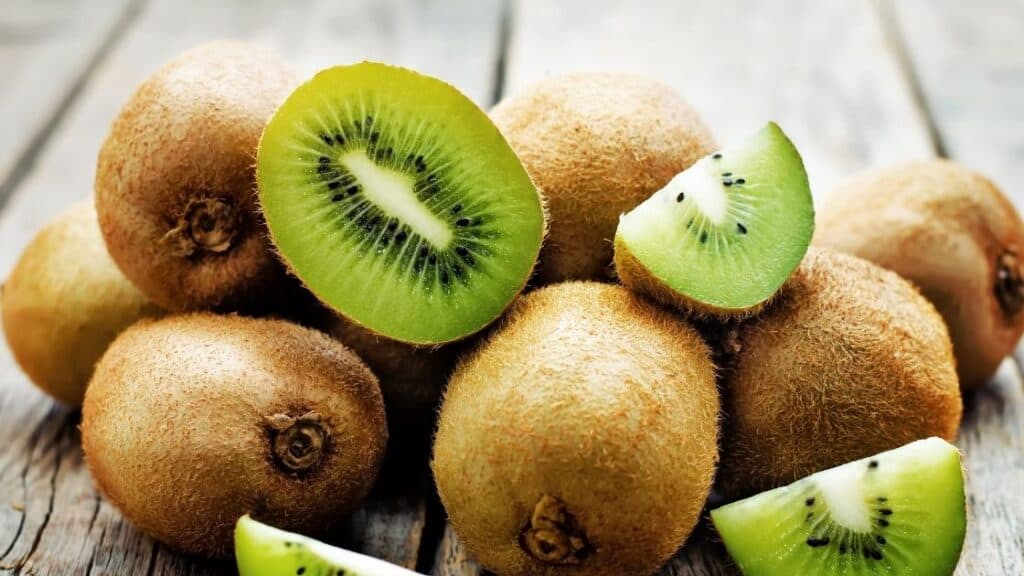 Vitamin C is known to be very good for your overall health.

So, I wanted to know what fruits have the most vitamin C.

The general advice that oranges are high in vitamin C is accurate.

As you may know, 100g is equivalent to about half a cup.

An average orange has about half a cup to a cup of flesh.

Therefore, if you eat 2 oranges a day you will get the recommended amount of vitamin C.

What fruits have the most calories? 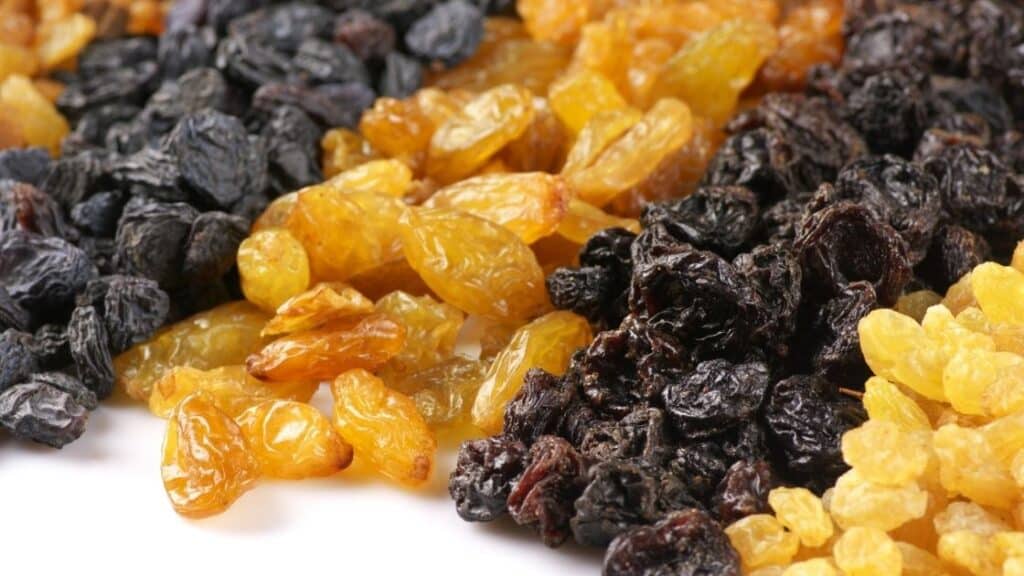 When you’re trying to lose weight it’s important to consume foods that have an average or low amount of calories.

As well as, avoiding foods that are high in calories.

So, I was curious what fruits have the most calories.

Raisins have the most calories of any other type of fruit.

But, dates are a close second.

Raisins and dates contain around 300 calories per half-cup.

They have about 3 times the calories of most other fruit.

Apples, oranges, and bananas are the most popular fruit.

Whereas, bananas have around 89 calories.

You may have noticed that I listed avocado as a fruit.

And most people would say, hey wait a minute avocado is a vegetable.

It’s true of many vegetables that they are scientifically classified as fruits when in reality they are savory and not sweet like most other fruits.

Examples are cucumbers, eggplant, and tomatoes. Many people also wonder whether sugar in fruit can make you fat.

I recently looked at some scientific studies into whether this is the case or not.