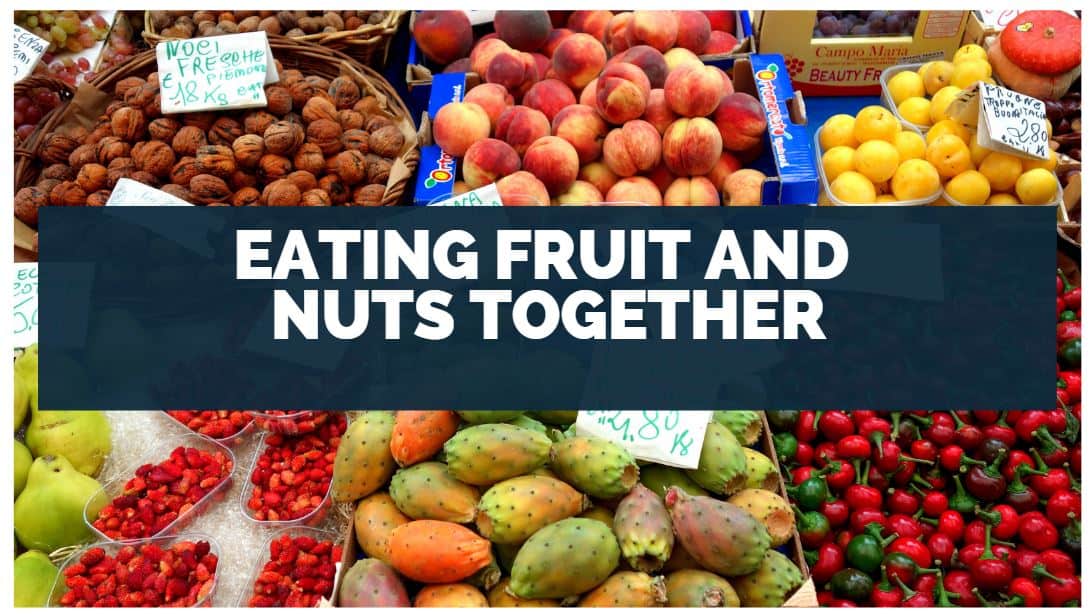 I’ve been learning about healthier ways to combine certain foods as part of a healthier eating regime, and I was curious about eating fruit and nuts together.

I looked at the advice of a number of medical professionals and here’s what I found.

Generally, it’s considered fine and leathy to eat fruit and nuts together in a combo, at least according to Harvard Medical School.

There’s no real health impact to be concerned with unless you overconsume or have some sort of nut allergy.

It’s also generally considered fine to add nuts and fruits to your breakfast, lunch, or dinner meals as well as combine both together to form a healthier snack.  This is a great way to add some nutritional values to your existing meals

Nuts, and seeds are a bit of an interesting topic. So, in this article I will explain whether all fruits have seeds.

Go to top
Table Of Contents hide
1 Does All Fruit Have Seeds?
2 Fruit Seeds You Can Eat
3 What Fruit Seeds Should You Not Eat?
4 How Many Seeds Should I Eat a Day?
5 Is It OK To Eat Seeds Everyday?
5.1 Seeds are high in protein

Does All Fruit Have Seeds? 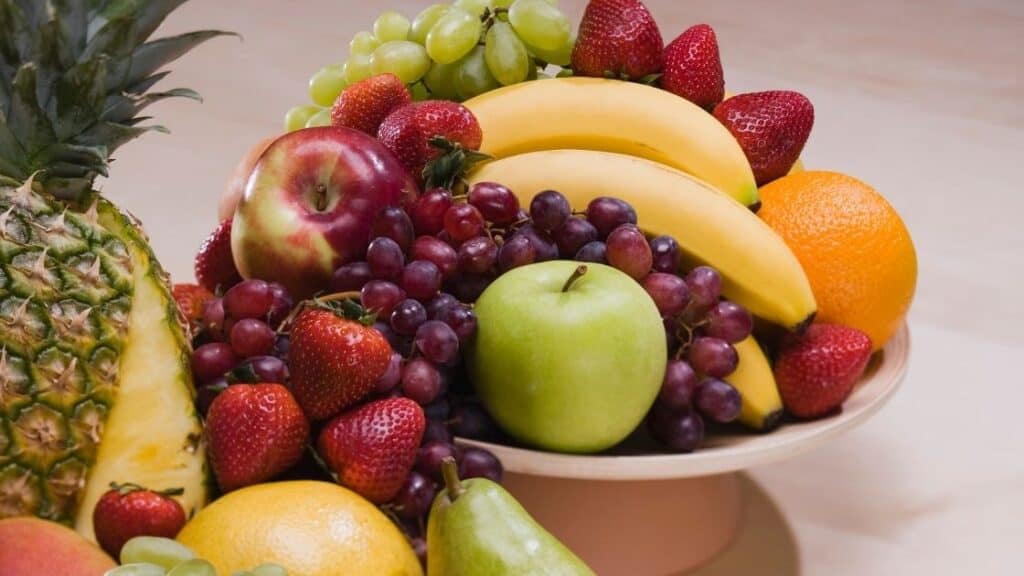 Certain fruit like bananas have very small seeds that you almost can’t see, so I was interested in whether all fruit have seeds.

By definition a fruit always contains seeds, as stated by Encyclopedia Britannica.

In the field of science words have very specific meanings. But, in everyday speech often words can have multiple meanings.

In the strict scientific definition of a fruit, a fruit always contains seeds.

In my opinion most people say fruit when they mean a sweet fruit.  Whereas, there are many savoury – not sweet – fruits that most people regard as vegetables.

But, when you evaluate their characteristics based on the scientific definition of a fruit they end up in fact being fruits.

Common fruits that most people call vegetables are pumpkins, cucumbers, and tomatoes.

Fruit Seeds You Can Eat 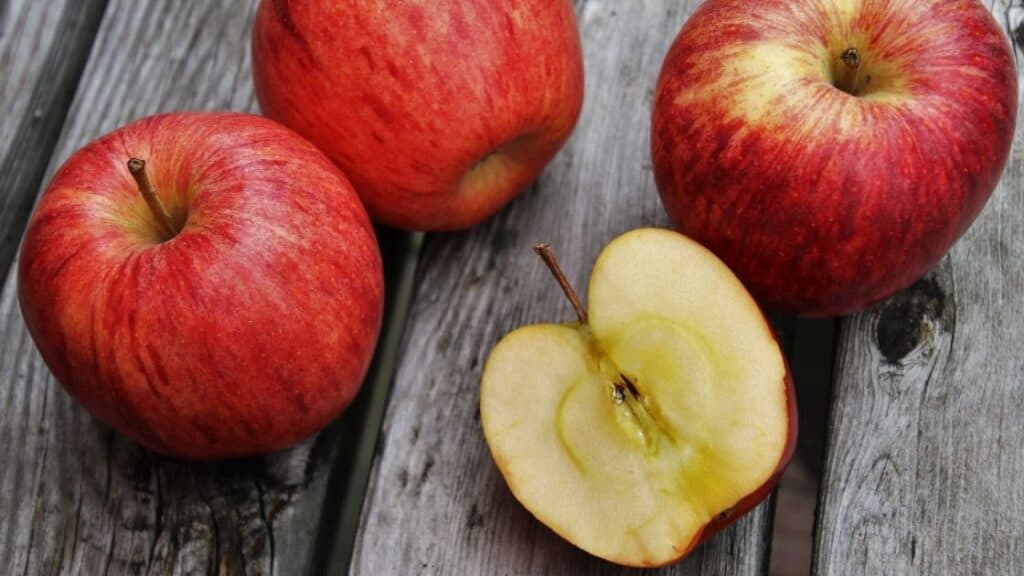 If you’re anything like me you’ve likely swallowed a fruit seed here and there, and worried about it.

But, in the end it was totally fine.

So, I was curious to know what fruit seeds you can eat.

Generally, it’s fine to eat a few fruit seeds a day of common fruit like apples, and oranges.

But, any more than that and you risk poisoning. Certain fruits have highly toxic seeds such as cherries and ackee.

But, most seeds have a bitter and unpleasant taste which discourages people from eating them.

Other fruits like passion fruit contain seeds that can add to the flavor. But, overall it’s best to avoid eating fruit seeds.

Other plant seeds like sunflower seeds are similar in size and shape to fruit seeds but are in a different category.

And are more similar to nuts.

What Fruit Seeds Should You Not Eat? 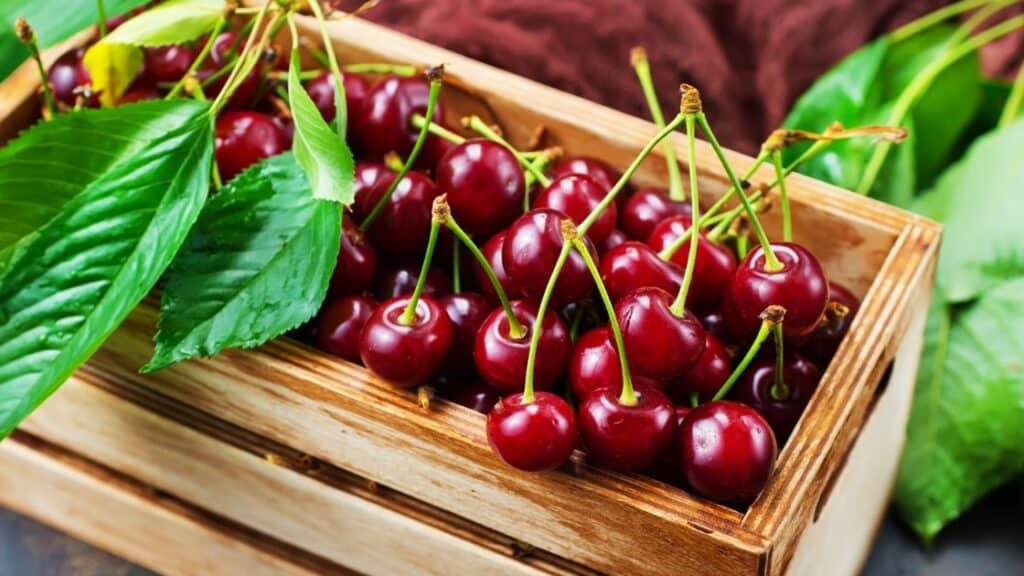 Since some fruit seeds are highly toxic, I thought I’d put together a list of the seeds which you should avoid.

The fruit seeds you should not eat are:

There are also many obscure fruits that have toxic seeds, and the small berries of some common vegetables like asparagus are also toxic.

The general side effects are similar to what you’d get from food poisoning and include vomiting, diarrhea, nausea, and a headache.

Certain seeds are also highly toxic and can be fatal if consumed in high amounts.

The pip fruit has a very hard seed which is virtually impossible to crack open with your teeth. But, it can be done.

I remember breaking open a nectarine pip with my teeth.

On the inside is a flat thin seed that has a very bitter taste that you would find it VERY difficult to chew.

There are many small berries such as Deadly NightShade and Daphne that are poisonous to eat.

They aren’t generally on people’s menu but they do have a similar appearance to other fruit such as cherries or cherry tomatoes.

Generally, though, they are much smaller. This article would end up being too long to create an exhaustive list.

The important thing to remember is that you should generally avoid eating fruit seeds.

How Many Seeds Should I Eat a Day? 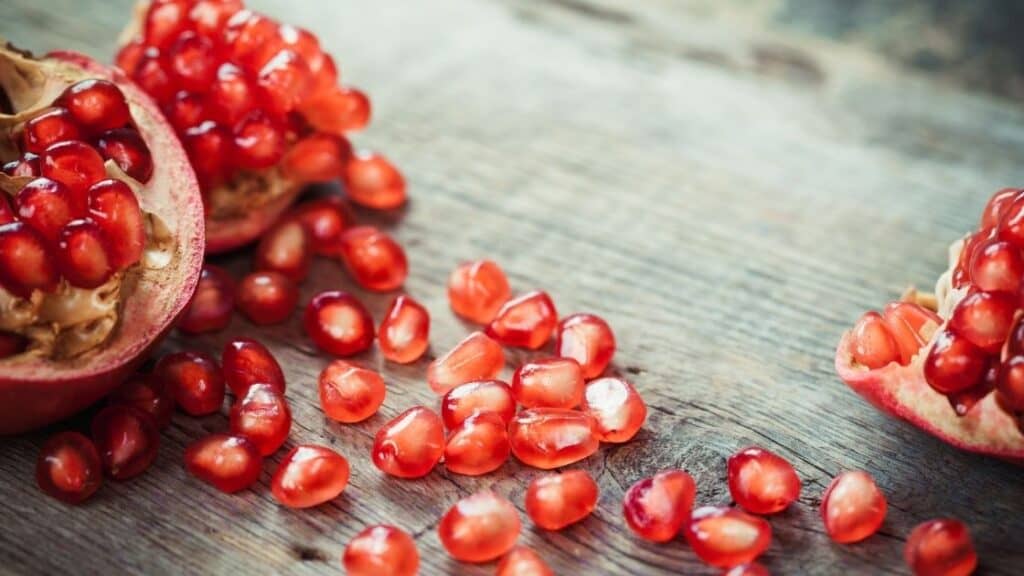 Ingesting a few fruit seeds is ok, and there are other seeds you can eat such as pumpkin seeds, and sunflower seeds.

So, then how many seeds should you eat in a day?

As a general rule, you should not consume any fruit seeds. However, you can eat a reasonable amount of other seeds such as sunflower seeds and pumpkin seeds.

There is no recommended amount, but less than around 200g (7 oz) a day is comfortable for most people.

Any more than that and you tend to get sick of eating them because they take up a large percentage of your diet.

For example, let’s say you sprinkle some sunflower seeds over a bowl of fruit salad for breakfast.

Then, let’s say you add some sesame seeds to a dish for dinner. And then add some pumpkin seeds to a salad or some bread. In total that’s around (1.6 oz) 50g of seeds.

Therefore, if you want to eat more than that you would need to make a special effort and eat them as a snack.

Beyond that in my opinion you won’t feel like eating more seeds. Therefore, around 7 oz (200g) is plenty as an upper limit.

Is It OK To Eat Seeds Everyday? 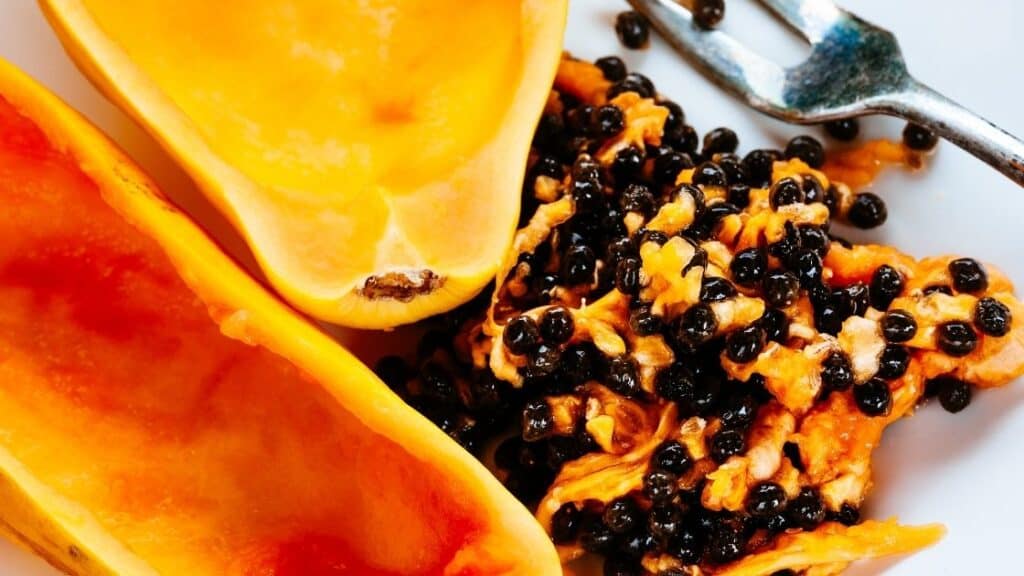 Seeds can be quite delicious, and certain seeds like flax seeds are thought to be beneficial.

But, is it OK to eat seeds everyday?

Overall, it’s fine to eat seeds everyday. However, it’s important to get nutrients from other foods such as vitamin C.

Therefore, you can eat seeds everyday but you should limit their consumption in such a way that you get enough nutrients from other food such as fruits and vegetables.

There are many conflicting opinions about diet. But, in general if you consume the same food that your parents and grandparents ate, it’s very likely you’ll be as healthy as them.

Most of the previous generation (my parents) ate a combination of vegetables, meat, and dairy.

But, also incorporated various kinds of seeds such as pumpkin seeds and sunflower seeds

And the average age most people live to is around 75 years of age. Therefore, if you consume a similar diet you’ll largely be quite healthy.

Seeds though can be surprisingly high in fiber. It’s known that fiber is very good for your digestion.

Here’s a side by side comparison of the fiber found in various foods so you can see how seeds compare.

As you can see certain seeds contain A LOT more fiber than fruits and vegetables.

But, it’s easier to eat a lot more fruit than it is to eat a lot of seeds.  Because fruits are generally sweet and soft, making them fast to eat.

The recommended amount of fiber you should eat is around 30g per day. So, doing some simple calculations you can see you would need to eat about 300g of nuts.

Seeds are high in protein

It’s good to eat a wide variety of foods, and when you’re trying to put on muscle or maintain your current muscle mass you need to sometimes go out of your way to eat enough protein.

Protein shakes and meat are a way to get enough protein.

But, seeds like sunflower seeds, and nuts are high in protein.

Here’s a table that shows how much protein is in various seeds, meat and nuts:

As you can see, the general pattern is that fruits and vegetables are low in protein.

Whereas, nuts, seeds, and meat are high in protein. There are, however, certain fruits that contain larger than normal amounts of protein.

If you’re interested in what fruits contain the most protein I did a detailed analysis in a separate article, read it [here, link: what fruit is high in protein].

Vegetarians or people who largely don’t eat meat or fish can also get high amounts of protein from foods like tofu.

But, in my opinion, because these foods are highly processed, and cooked the nutrient quality tends to be inferior to foods like nuts and seeds.

Which can be eaten raw.  As it has been scientifically proven that cooked and processed fruits and vegetables contain less nutrients than eating them raw.

Certain nuts do contain toxins when eaten raw such as cashews.

And are therefore, steamed or roasted. Whereas, other nuts like peanuts are totally fine to eat raw.

So, it’s best to treat each kind of nut as separate and look at the specific characteristics of it, before experimenting eating them raw.