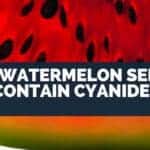 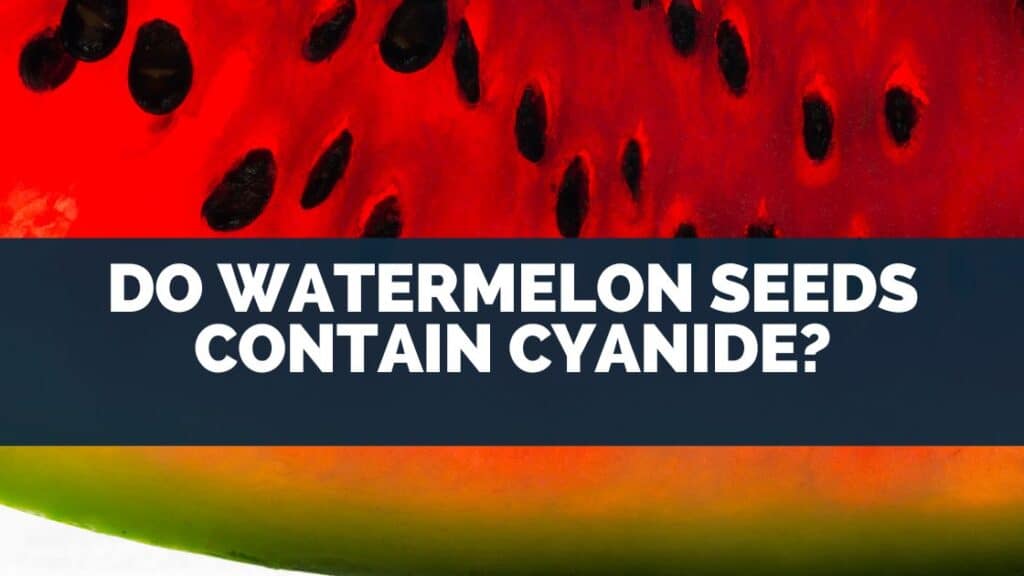 However, you’ll notice another part as you split open a watermelon.

The seeds! Should you eat watermelon seeds, and are they harmful if you accidentally swallow one?

One of the most common questions people ask about watermelon seeds is whether they contain cyanide.

While it is true that watermelon seeds do contain a small amount of cyanide, it is not enough to be harmful to humans.

Seeds from watermelons and other fruits such as apples, peaches, and nectarines contain a sugar compound called amygdalin.

When amygdalin metabolizes in your body, it breaks down into hydrogen cyanide.

Hydrogen cyanide is a colorless, extremely poisonous gas with a bitter almond smell. It is used in the chemical industry, mining, and electroplating.

In low concentrations, it is used as a fumigant and an insecticide.

Hydrogen cyanide is produced on an industrial scale and is a highly volatile liquid at room temperature.

It evaporates readily to form a dense gas that is lighter than air.

When inhaled, hydrogen cyanide inhibits the body’s ability to use oxygen, resulting in death within minutes.

At high concentrations, it can also cause skin burns and eye damage.

However, the cyanide contained in watermelon seeds is so minuscule that it is not toxic to humans. 100 grams of watermelon seeds contain 0.79 to 0.01mg of cyanide, which means each seed contains 0.079 to 0.001 mg.

Cyanide poisoning occurs when you consume anywhere from one to three milligrams of cyanide for every kilogram of weight.

A healthy, 200 lb adult will need at least 90 mg of cyanide to get poisoned.

It simply isn’t possible to consume enough watermelon seeds to harm you!

Also, the seeds are not harmful when swallowed whole.

All they will do is pass harmlessly out of your body as you pass them.

When you chew on them and break them up, they release cyanide into the bloodstream.

Some other fruits that contain hydrogen cyanide include apples, peaches, apricots, and nectarines.

These fruits that belong to another family of plants called Prunus contain more cyanide than watermelons.

You will not likely chew up a pit from a peach, apricot, or nectarine.

And it will take one cup full of apple seeds to pose any health risk to a healthy adult human.

Is It Harmful To Eat Watermelon Seeds? 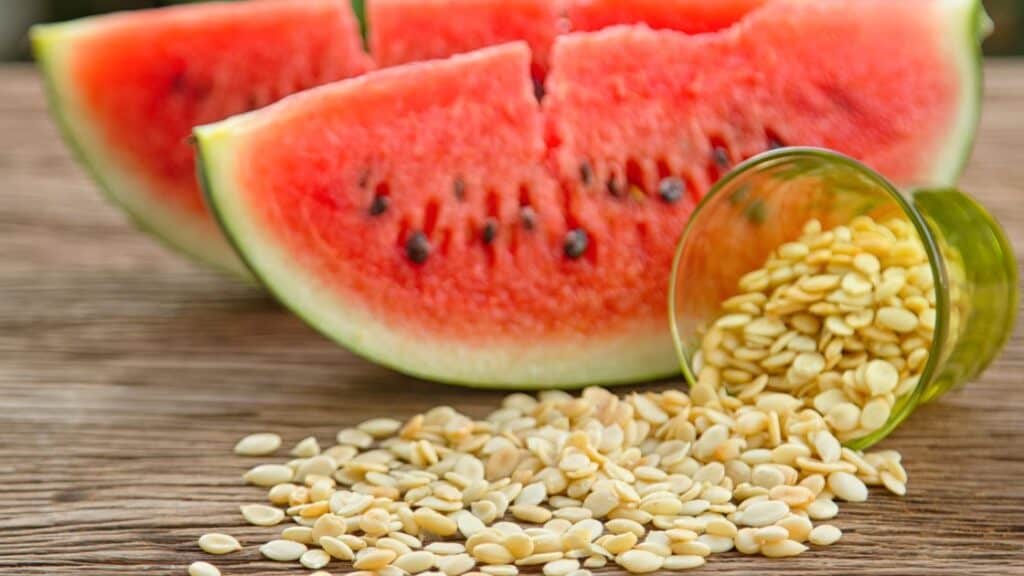 Watermelon is a delicious and refreshing summertime treat.

But what about the seeds? Some people avoid eating watermelon seeds, thinking they may be harmful.

However, there is no need to worry – watermelon seeds are perfectly safe to eat.

They may contain trace amounts of cyanide, but it isn’t nearly enough to harm a human.

It might be annoying to fish each watermelon seed out as you are chowing down on watermelon, so just swallow them whole if you are lazy.

Watermelons are one of the most popular fruits in the world, and it’s no wonder why.

They’re not only delicious but also low in calories and packed with vitamins and antioxidants.

But where did watermelons come from?

Believe it or not, watermelons are native to Africa, and they’ve been cultivated there for thousands of years.

The first recorded mention of watermelons dated back to 2,000 BC and was grown by the ancient Egyptians.

Watermelons eventually made their way to China, where they became a symbol of good fortune.

Today, watermelons are grown in nearly every country on earth, and people of all ages enjoy them.

Watermelons are one of the most refreshing and delicious fruits around, but they also pack a nutritional punch.

Watermelons are an excellent source of Vitamin C, which is essential for boosting immunity.

They are also a good source of lycopene, an antioxidant that has been shown to protect against heart disease and cancer.

So not only are watermelons delicious, but they are also good for you!

When choosing a watermelon, look for one that is uniform in shape and has a dull rind.

The flesh should be deep red or pink and free from brown spots.

Store watermelons in a cool, dark place, and enjoy them as soon as possible for the best flavor.

What Happens If You Swallow Watermelon Seeds? 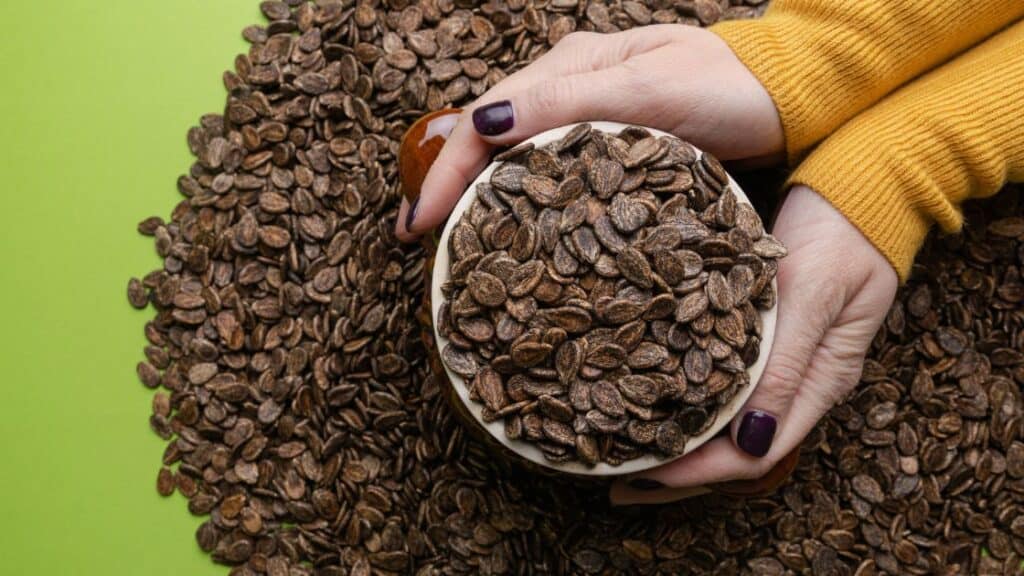 Nothing! If you swallow watermelon seeds whole, they will simply pass through your digestive system and leave your body when you poop.

Watermelon seeds have trace amounts of cyanide that can only be released into your bloodstream if you chew on them.

And even if you do, they have such small amounts that you cannot consume enough to pose a health risk.

That is how fruit seeds are supposed to spread in the first place.

Fruits get eaten by birds or other animals, who deposit the seeds in their droppings elsewhere, far from the parent plant.

It is a pain to fish out every single seed when you eat watermelon, so feel free to swallow them whole.

Nothing is as refreshing as a slice of watermelon on a hot summer day.

Not only is watermelon delicious, but it is also packed with nutrients and antioxidants.

Watermelon is an excellent source of Vitamin C, which helps to boost the immune system.

It is also a good source of lycopene, an antioxidant that has been linked to heart health and cancer prevention.

In addition, watermelon is low in calories and high in water content, making it a perfect food for weight loss or maintenance.

So next time you’re looking for a healthy snack, reach for a watermelon. You’ll be glad you did!

What Fruit Seed Has The Most Cyanide? 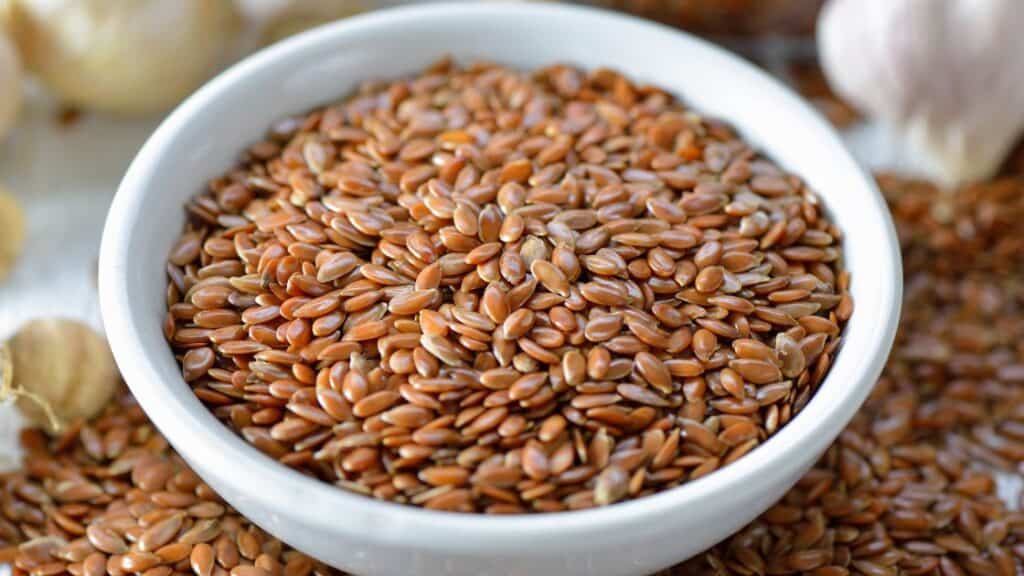 The highest concentration of cyanide was found in plum seeds, follow by flax, peach, almond, and apple.

Other fruits that contain cyanide are cherries, apricot, and nectarines.

These fruits contain a sugar compound called amygdalin, which converts into hydrogen cyanide.

Many people are surprised to learn that hydrogen cyanide is common in various foods.

Hydrogen cyanide is a naturally occurring compound that is found in the seeds of fruits and vegetables, as well as in coffee beans and nuts.

While hydrogen cyanide is poisonous in large amounts, it is essential for plants’ proper development.

In small quantities, hydrogen cyanide helps to protect plants from pests and diseases.

It also helps the plant to produce vital enzymes and proteins.

As a result, hydrogen cyanide plays an important role in the food chain, and our bodies have evolved to deal with small amounts of this compound.