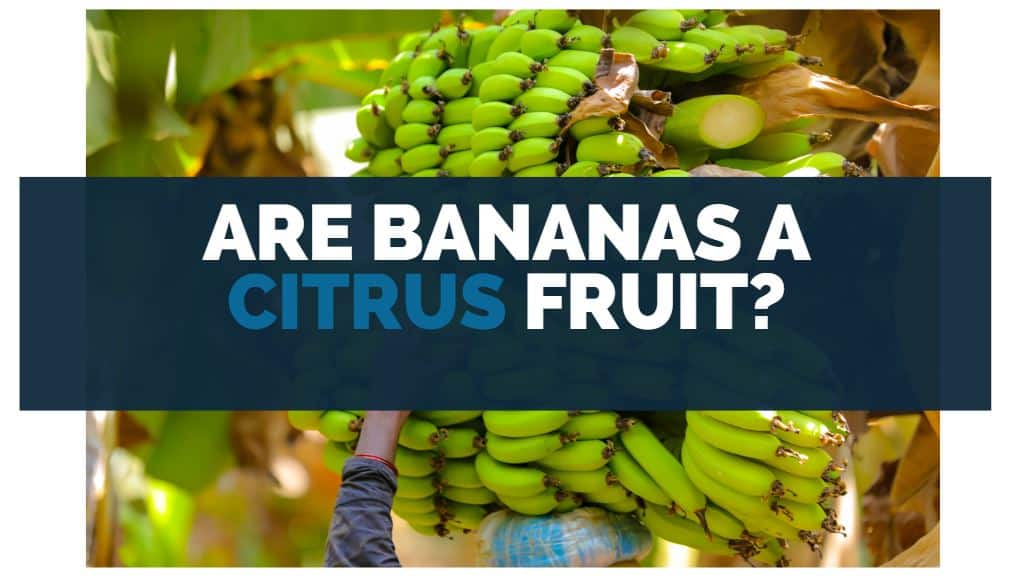 I’ve recently been learning a lot about bananas, and seen a query where someone claimed a Banana was a citrus fruit.  Really ?!

They aren’t shaped like an orange, lemon, or lime which I knew were citrus fruits, but they have some similarities.

So, I researched the topic and here’s what I found.

So, are bananas a citrus fruit?

Citrus is a sub-group of the Rutacae family of trees and shrubs.

Their scientific name is Rutacae Citrus, but people commonly call them citrus. Bananas are in a different family known as Musaceae.

So, bananas are not a citrus fruit.

You‘re probably wondering in what other ways citrus fruits differ from bananas and how they relate to one another. And also why bananas are cheaper than citrus fruit.

So, read on to discover the answers to these interesting questions and more.

Go to top
Table Of Contents hide
1 Why are bananas not a citrus fruit (real reasons)?
1.1 1. They have a different scientific classification
1.2 2. They grow at different times of the year
1.3 3. They have different nutrient qualities
2 Related questions:
2.1 Is a banana a berry or a fruit?
2.2 Are bananas genetically modified?
3 In Conclusion

Why are bananas not a citrus fruit (real reasons)? 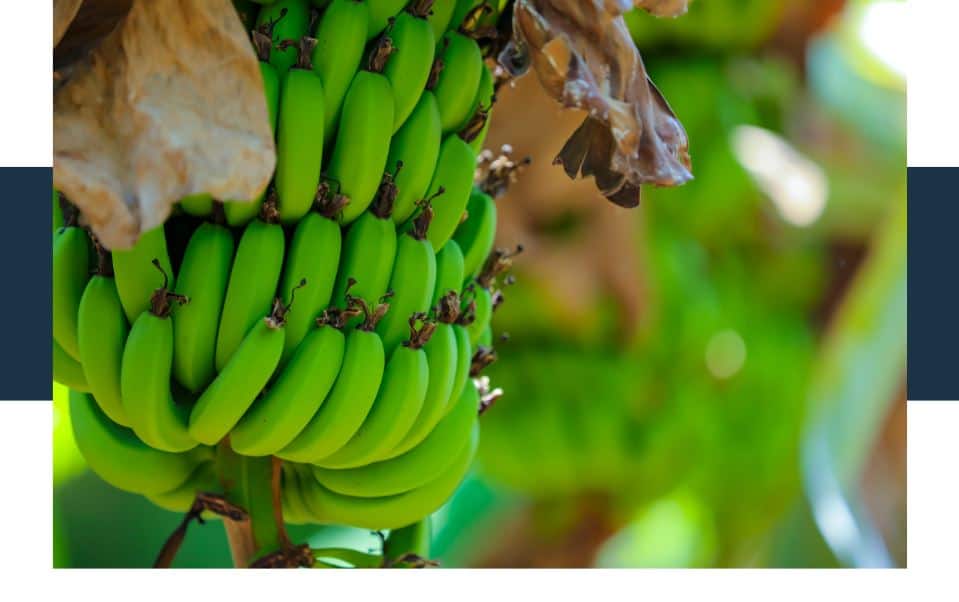 Bananas and citrus fruit have a lot of similarities. For example, they can both be sweet and delicious to eat on their own, or mixed together with other fruits and food.

However, they are different in the following ways:

They have a different scientific classification

They grow at different times of the year

They have different nutrient qualities

1. They have a different scientific classification

In the science of biology plants and animals are separated by their differences which is a field of study known as taxonomy.

As you may be aware, it separates all living things into a groups, such as kingdom, class, order, family, genus, and species.

There are in fact 12 different ways of classifying living thing which are:

Each fruit has a common name which everyone uses because it’s easier to say, but they also have a 12 word name which explains it’s exact classification. 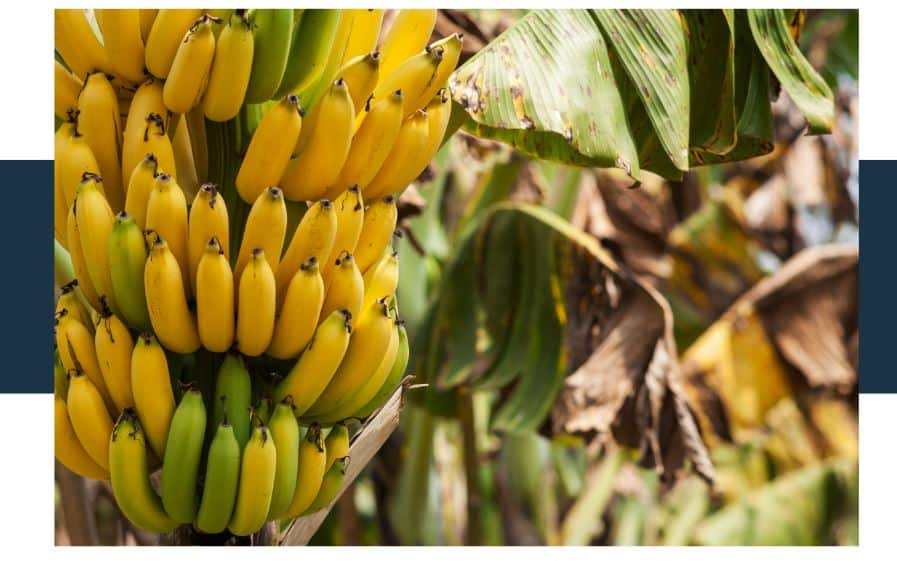 Here’s a table which shows where they differ scientifically:

As you can see citrus fruits begin to differ from bananas at the Superorder level, the 8th taxonomic classification.

However, citrus fruits are recognized at the genus level, which is the 11th branch of it’s taxonomic hierarchy.

2. They grow at different times of the year

Bananas grow year round, and will produce a stem that has bunches of bananas on them, regardless of when the banana plant begins to grow.

For example, if a banana plant grows to a size where it will begin producing fruit, it will produce the fruit regardless of whether it is summer or winter.

Whereas citrus fruit by and large will produce fruit that grows and then ripens in winter time.

However, there are unique species of citrus fruit that will be ripe in the summer.

This is typically why you find bananas are cheaper compared to citrus fruit like oranges, and mandarins.

And also why they are almost always the same price year round.

However, the price of oranges is higher, and can fluctuate throughout the year.

This is because when citrus fruit aren’t in season in your country, companies will import them from other countries. And costs more to transport them.

3. They have different nutrient qualities

Bananas and citrus fruits have dramatically different amounts of nutrients. 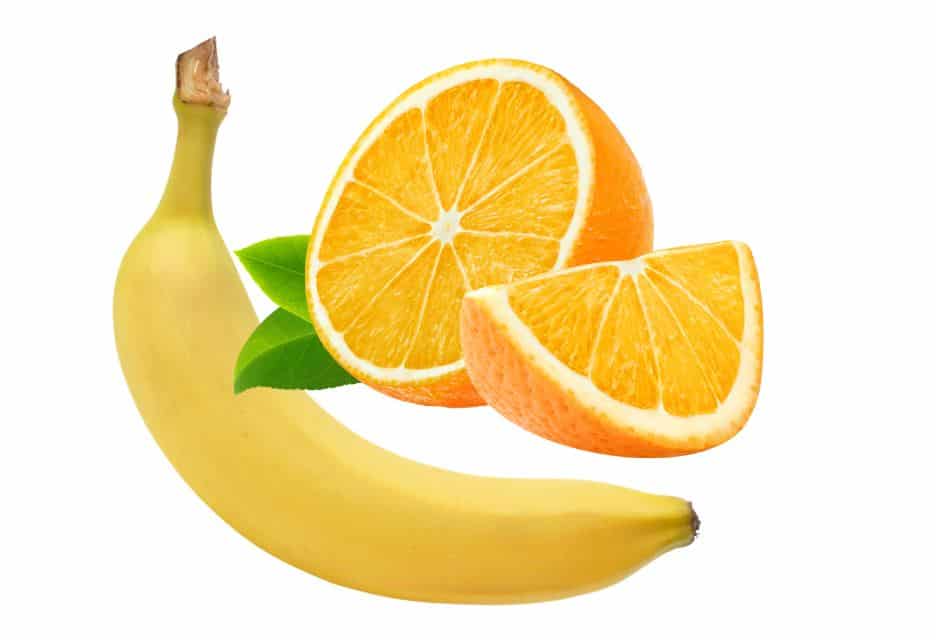 Here’s a table showing their different nutrient amounts between an orange and a banana:

As you can see oranges have a significantly higher amount of Vitamin C, Calcium, Vitamin A, and Vitamin E.

Because both fruit contain different amount of nutrients, it highlights the importance of eating a balanced diet.

The way food is absorbed by the body depends on the specific chemical reactions that occur in the body.

So, you can absorb less or more of one particular nutrient. And the numbers you see in the table don’t necessarily mean you’ll absorb all of that into your body.

Is a banana a berry or a fruit? 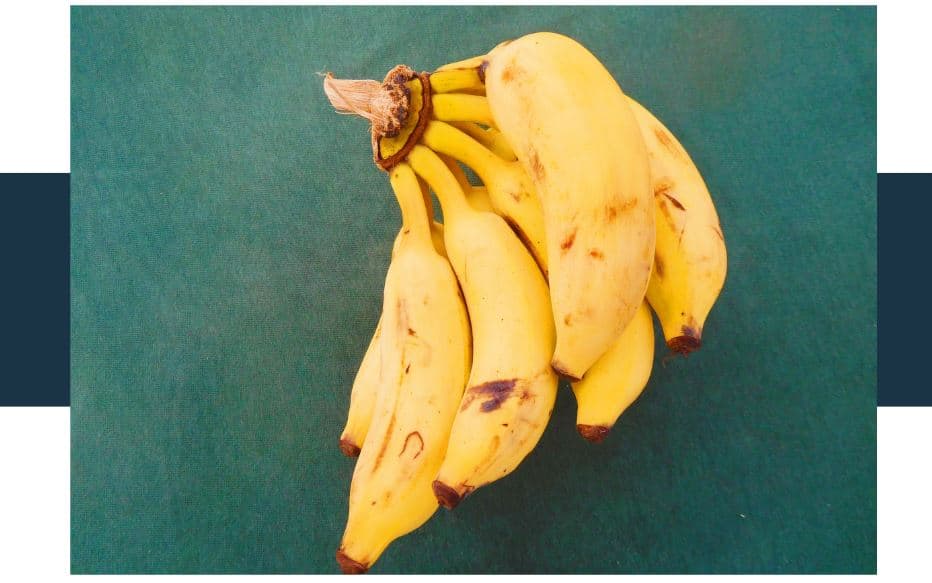 According, to Livescience.com and Stanfordmagazine.com bananas technically are a type of berry.

Bananas have not been genetically modified.

Bananas have been around for many hundreds of years, long before GMO technology was invented.

The banana that you most commonly find in stores is known as a Cavendish banana. 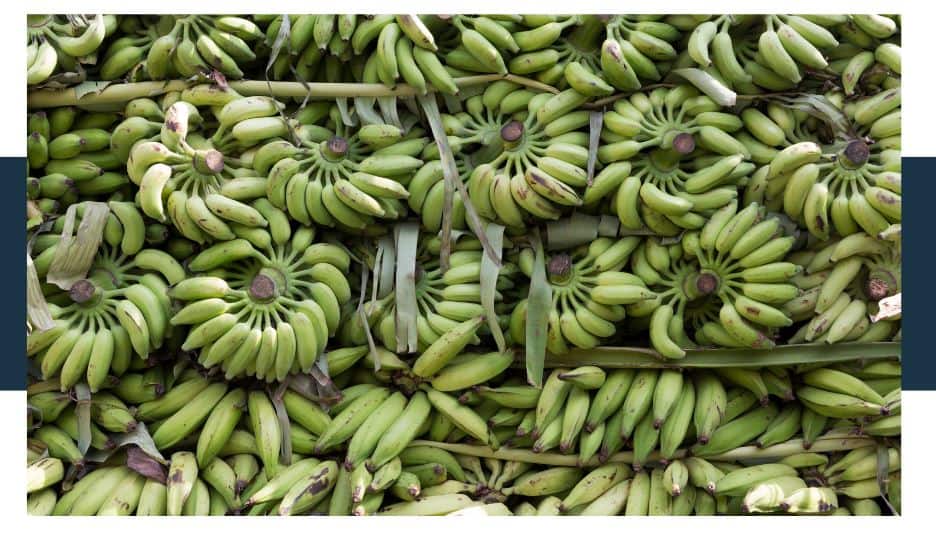 It is very popular and cheap to produce the way it is.

I haven’t found any evidence in my research that suggests that bananas will be genetically modified in the future.

I also think they’re really good the way they are so companies don’t really want or need to be change them.

The American Council on Science and Health has said that Dole and Chiquita – two very large banana producers have made a commitment to never genetically modify their bananas.

However, if you are concerned about GMO bananas I suggest buying organic bananas.

Farmers who grow organic food, are very conscious of producing food that is unmodified by chemicals and GMO, so you can enquire with the grower directly.

You can also enquire with the individual company that supplies bananas to your local store.

Bananas are not a citrus fruit because they are different in their scientific classification, they grow at different times of the year, and they have different nutrient qualities.

I'm the founder of EatForLonger.Com. I'm an enthusiast researching and sharing foodstuff and lifestyle based insights. Simple food based concepts for optimising your Healthspan, nutrition and all-round well-being. I hope it inspires you to make tiny changes and add some life to your years. Read more About Me here

Are you looking for new healthier options to suit your diet and fasting cycles ? If you've have been afraid to regularly commit to fasting because of things like energy issues, or maybe your...

Continue Reading
link to Can I Eat Chickpeas Out of a Can? [Nutrition & Cooking TIPS]

Chickpeas, also known as garbanzo beans, are a great nutritious option for any diets. But that said many people struggle with how to cook or incorporate them into their diets, Ever wondered if...

I'm Chris Watson - The founder of EatForLonger.Com I'm a huge advocate of healthy eating that is designed to improve well-being and ultimately my Healthspan.
My curiosities lead me to explore a plethora of foodstuffs and their wellness properties.