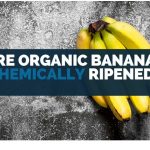 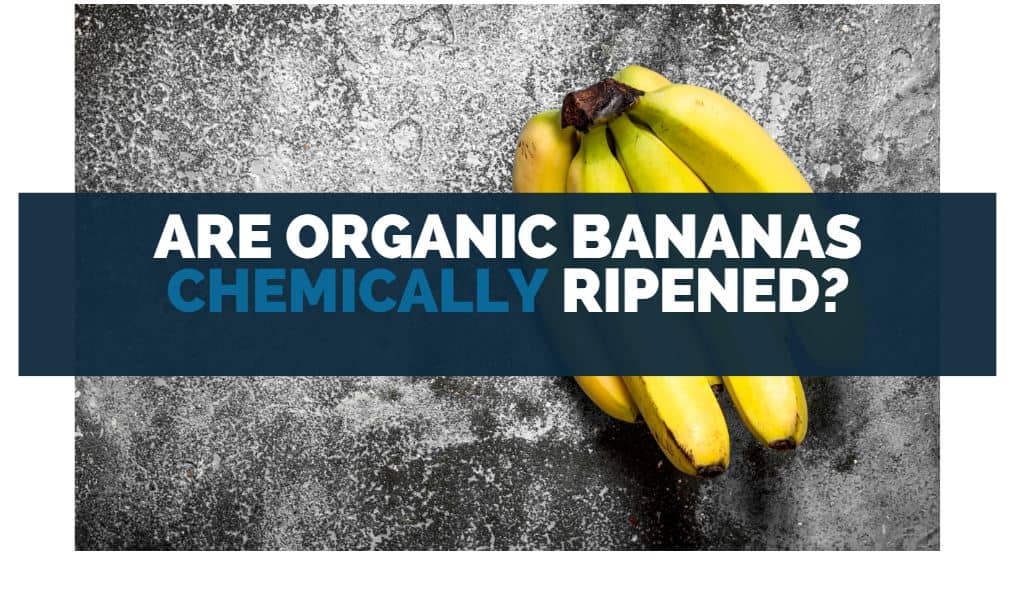 So, I did a little research and I’ve written it up to share what I found with you.

So, are organic bananas chemically ripened?

Some organic banana suppliers such as Dole chemically ripen bananas.

When bananas ripen is controlled by extracting or adding ethylene gas to where they are stored.

Banana suppliers from far away countries will store bananas they are transporting in airtight containers where the ethylene levels, and temperature are carefully regulated to slow down the ripening process.

However, local organic suppliers are less likely to chemically ripen their organic bananas.

There’s a bit more to it, so read on, where I will discuss more detail, and also explain how to tell if your organic bananas have been chemically ripened, and whether it’s bad for your health to eat chemically ripened bananas.

Go to top
Table Of Contents hide
1 Are Chemically Ripened Bananas Harmful?
2 What Chemicals Are Used To Ripen Organic Bananas?
3 How Do You Identify A Chemically Ripened Banana?
3.1 1. Stalk color
3.2 2. Evenness of color
3.3 3. Brown spots
3.4 The real answer
3.4.1 If it’s the same chemical why are naturally ripened bananas more delicious, and have more nutrients?
4 What Is The Difference Between Organic Bananas And Regular?
5 Conclusion 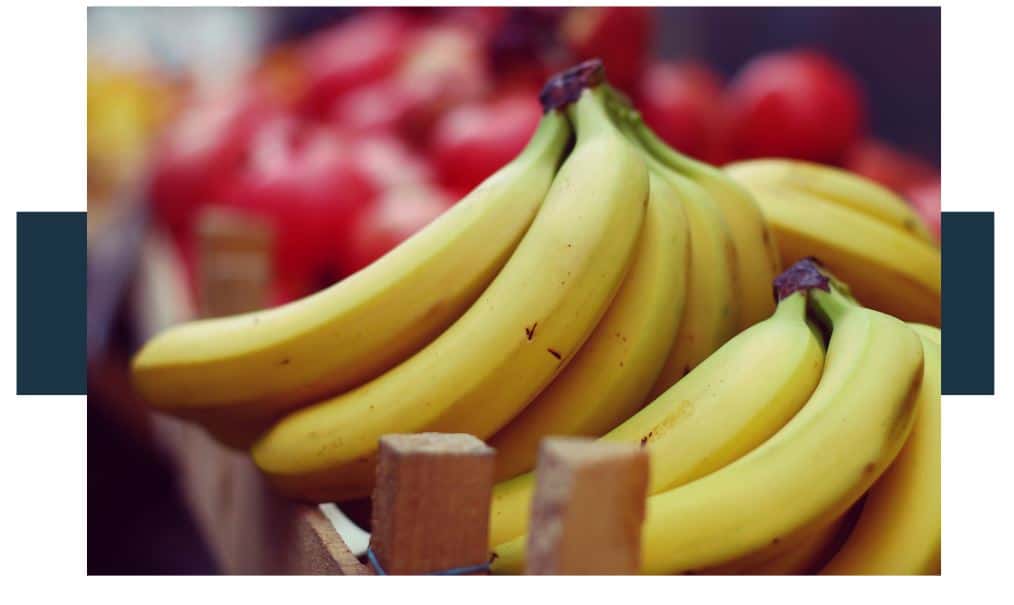 These traits of naturally ripened bananas mean that they are healthier and better for you.

As you can see from the above table naturally ripened bananas were better overall for your health.

According to Healthline.com, polyphenols are good for digestion, weight management, as well as brain and heart function.

What Chemicals Are Used To Ripen Organic Bananas? 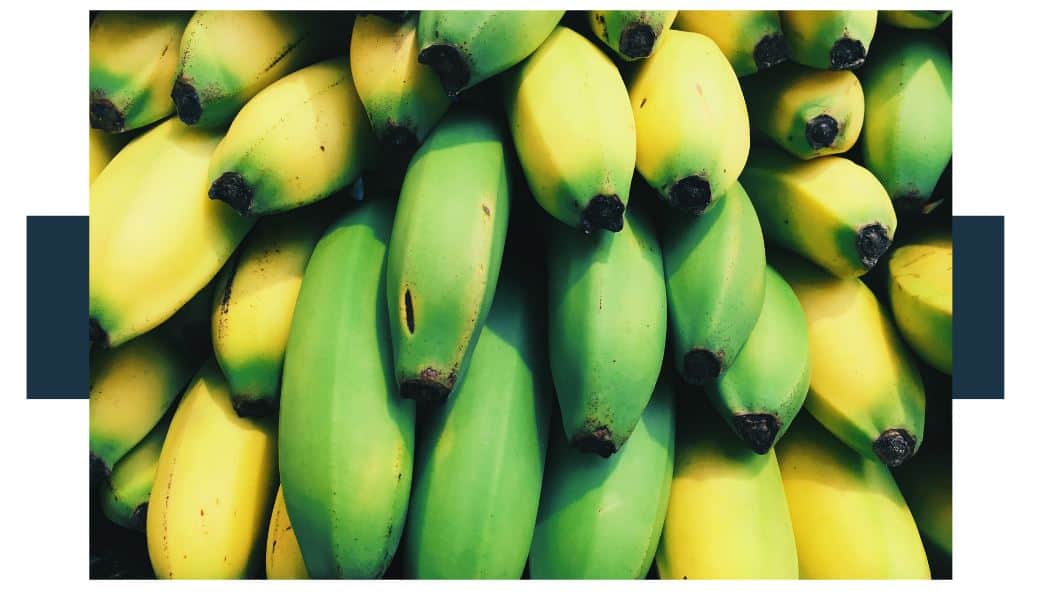 There are a range of chemicals used to chemically ripen bananas such as ethephon, acetylene, alkyl alcohols, and ethylene gas.

And each has a different effect on the amount of nutrients and the taste of chemically ripened bananas.

According to an article published in Current Science most banana producers in India, Pakistan, Nepal, and Bangladesh use Calcium carbide to chemically ripen their bananas.

But, Calcium carbide is banned in most other countries because it contains traces of phosphorus and arsenic which are bad for your health.

So, at this stage it’s best to avoid organic bananas from these countries. And it’s also a good idea to inquire with the specific supplier of organic bananas you’re thinking about buying from.

To see whether a supplier chemically ripens their bananas, and what chemicals they use, in my opinion a good idea is to call, email, or talk to them in person.

How Do You Identify A Chemically Ripened Banana? 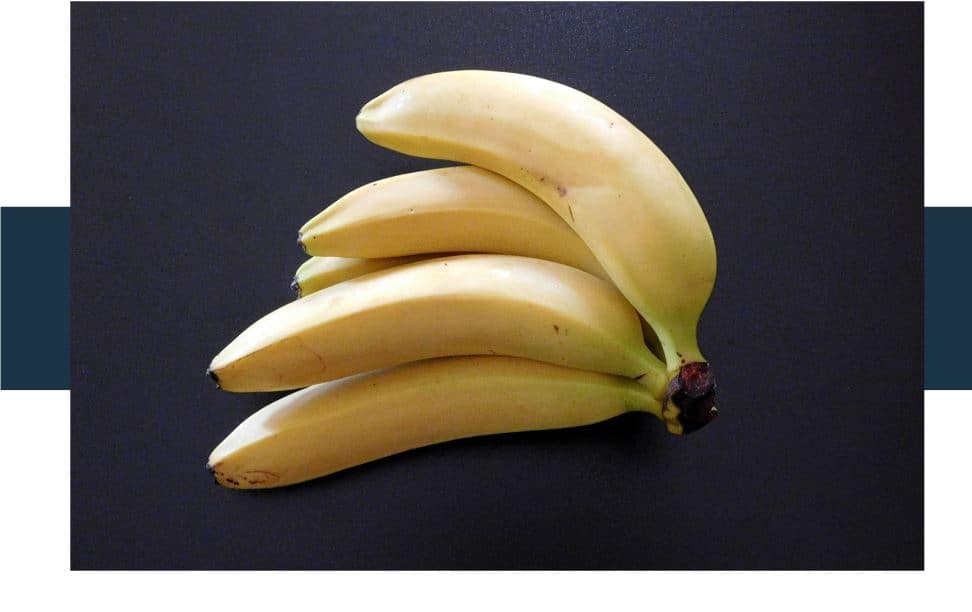 Many sources online say that you can tell the difference between bananas in the following ways:

It is claimed that chemically ripened bananas will have a green stalk, and yellow skin.

Whereas, naturally ripened bananas will have a brown stalk and a yellow skin.

They also say that some parts of the bananas will be more green, whereas other parts will be yellow.

And this is because the ethylene gas or other chemicals doesn’t make contact with every part of the banana. Which leads to uneven ripening.

Some even go so far as to mix up the brown spots argument, and say that chemically ripened bananas have brown spots, and green stems.

It seems like they are all copying one source that was wrong to begin with, and here’s why…

The gas used to chemically ripen bananas is the same gas that is naturally released by the bananas when they begin to ripen.

You might have heard the old adage ‘one spoiled apple ruins the bunch’, although it’s used as a metaphor, it’s actually true says mentalfloss.com.

Once an apple begins to rot, it produces ethylene which speeds up the ripening process of other apples.

This is the same gas used to chemically ripen bananas. And is also the same gas that gets naturally released when bananas ripen on their own.

So, you can actually speed up the ripening process of bananas by putting ripe or rotting apples in close proximity to them.

Which means that a banana that is chemically ripened and ripens naturally does so as a result of the same chemical. And so they should ripen roughly the same.

If it’s the same chemical why are naturally ripened bananas more delicious, and have more nutrients?

In my opinion I think that bananas that are chemically ripened don’t have as good a taste, and nutrient quality because the ethylene levels are artificially created.

The banana ripens in response to ethylene around it, and produces ethylene itself.

But, when these ethylene levels are adjusted artificially it changes how it would normal ripen. Which upsets the natural ripening process.

What Is The Difference Between Organic Bananas And Regular? 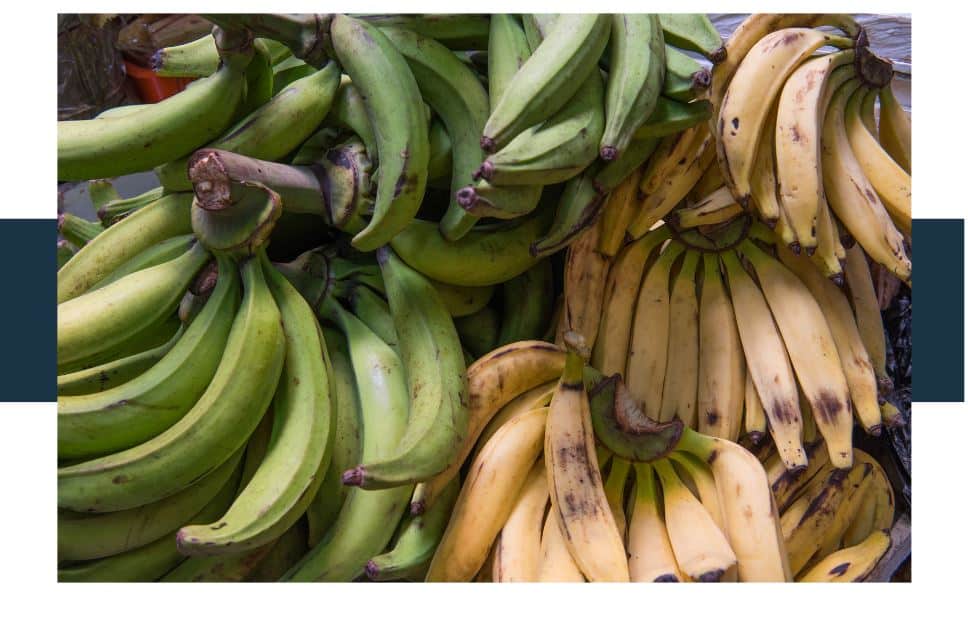 Organic bananas are bananas that are grown without adding particular fertilizers, pesticides, and herbicides that are bad for the environment or for your health.

There are many institutions that provide licensing to growers so that they can put their organic label on their bananas.

Regular bananas on the other hand don’t have any requirements about what products can be used to grow them.

And some farmers use a lot of additional chemicals to improve growth rates to increase yields.

Many people like organic food because it’s better for the environment, and is more nutritious.

However, you might be wondering how they are grown, specifically, and the different requirements for bananas to be labelled as organic.

I covered this in depth in a previous article I wrote about what an organic banana is, which you can read by clicking What Is an Organic Banana?

Organic bananas can be chemically ripened but they also can’t. Each producer of bananas uses their own method for ripening bananas.

The best way to find out is to check with the specific banana producer that you buy from, or are thinking about buying from.

Organic growers that you find at organic farmers markets and local markets are more likely to not chemically ripen their bananas in my opinion.

A common practice for producers that chemically ripen bananas is to use ethylene, which is a natural gas that bananas release as they are ripening.