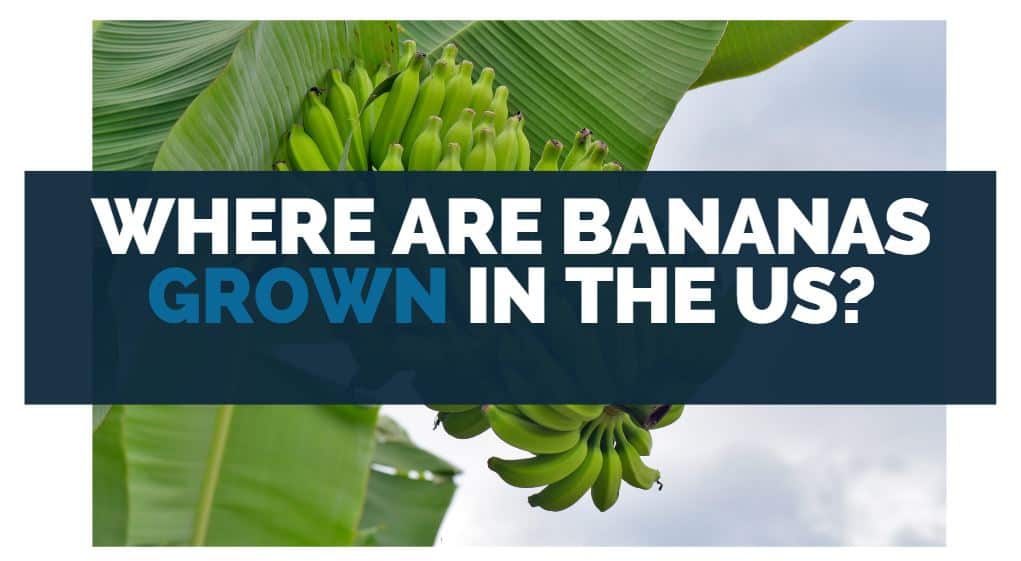 I’d been a little curious about where bananas are grown in the US, since I figured they mostly grow in tropical climates but had seen something that indicated they were grown in the states.

So I did a bit of research and here’s what I found.

Where are bananas grown in the US?

Hawai’i and Florida produce most of the bananas grown in the US, according to a study done by the University of Florida.

Commercial bananas in the US are grown on only 16,000 acres of land.

Which is a very small area – less than 0.01% of the total land in the United States.

Many people will grow bananas on their own land, and you can find locally grown bananas at a local farmers market.

However, almost all the bananas you find at stores in the US come from Central and South American countries.

I found there are a few reasons why, so read on to discover: why so few bananas are grown in the USA, and why Hawai’i and Florida produce so many.

Go to top
Table Of Contents hide
1 Why are most of the US bananas grown in Florida and Hawai’i?
2 Which country has the best bananas?
2.1 What country grows the most bananas in the world?
2.2 Why do India and China produce the most bananas?
3 Why are bananas so cheap at the moment?
3.1 1. Easier to harvest
3.2 2. Easier to transport
3.3 3. They grow year round
4 Conclusion

Why are most of the US bananas grown in Florida and Hawai’i?

Where the temperature is warm and the air is humid. In humid climates they grow faster and produce bigger fruit.

Which means growers get more bananas for the same amount of effort.

So, if a person or company wanted to grow bananas on a commercial scale, they would choose a tropical State or region.

Because they would make more profit.

Hawai’i is in the middle of the Pacific, and Florida is close to the equator. In both States the climate is tropical.

California, Texas, and Arizona get hot and can be humid at times.

But, by and large it’s a very dry heat that isn’t as good for growing bananas.

Other States throughout the USA are hot in the summer but get cold in the winter. And as you a result you can’t grow them year round like you could in Florida and Hawai’i.

Which country has the best bananas? 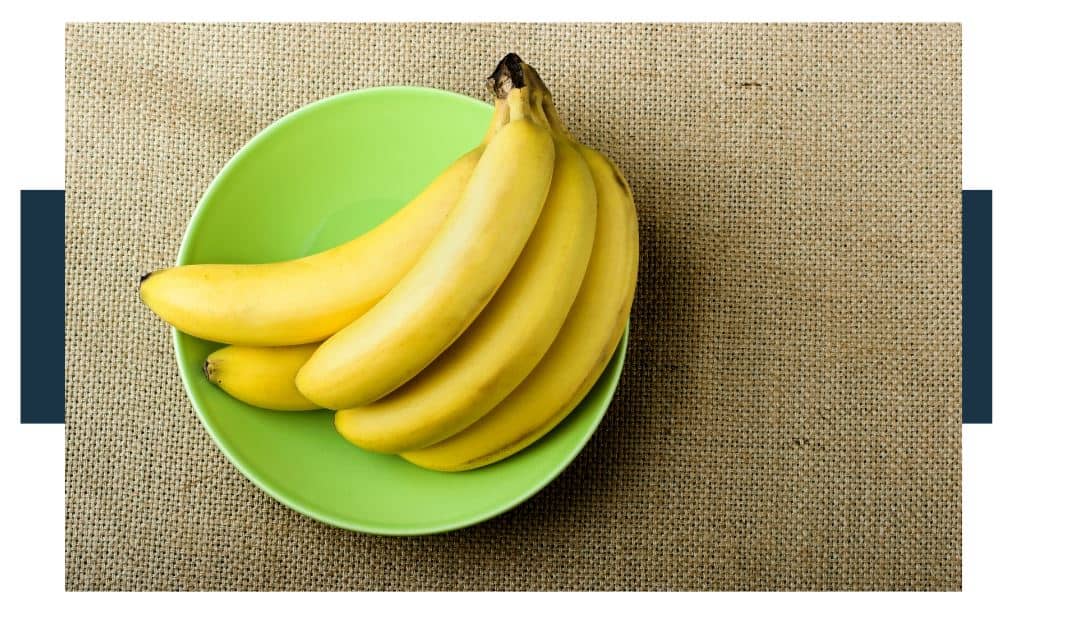 In the same study from the University of Florida most of the bananas that you find in stores in the US are grown in Guatemala, Ecuador, Costa Rica, Colombia, and Honduras.

Therefore, the best bananas based on price are grown in Guatemala, Ecuador, Costa Rica, Colombia, and Honduras.

In regards to taste, there is only one family of bananas that most people eat – these are Cavendish bananas.

According, to Wikipedia they are the variety of bananas that are bought and sold the most worldwide.

Because they’re all from the same banana family, and are grown in similar conditions, they all taste about the same.

Cavendish bananas the type of bananas you will almost always find in stores in the USA. and are what you probably think of when you think of what a banana looks like.

They are long and narrow, and turn yellow when they’re ripe.

Some other varieties of bananas turn red when they’re ripe. And aren’t as visually appealing as the yellow ones that most people know and love.

And as a result, aren’t as popular, so you don’t find them in stores as much, and they aren’t grown commercially nearly as much.

But, there are smaller varieties of yellow bananas that you can come across from time to time.

They are the same thickness as Cavendish bananas but are about half their length.

What country grows the most bananas in the world? 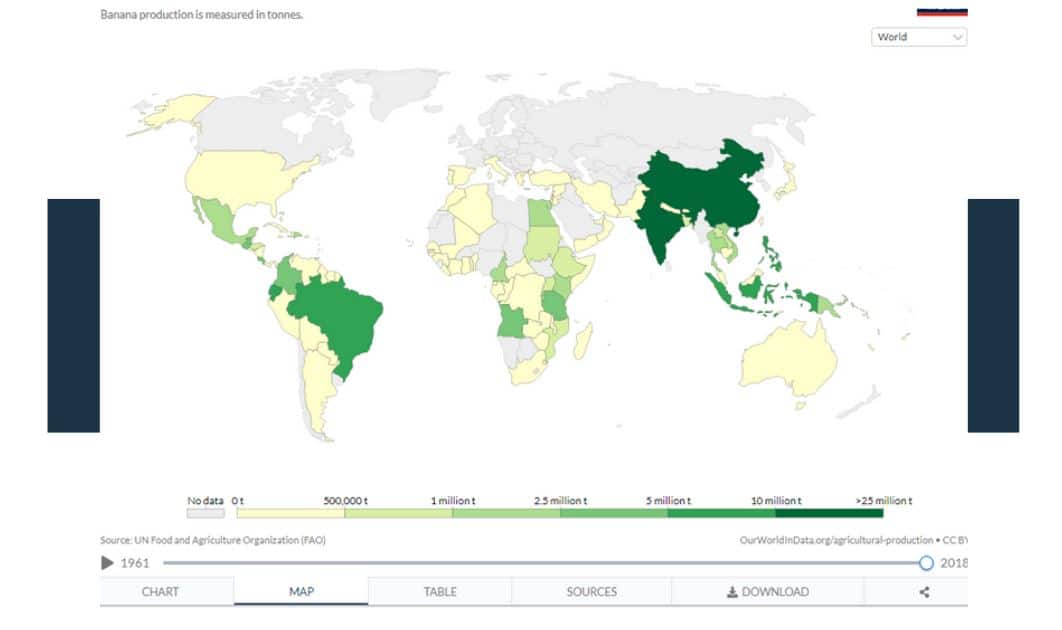 *Image from our world in data .

Although the data is from 2014, banana production patterns change very slowly, outside of a major climate event like a hurricane.

In a book titled ‘Climate Smart Food’ the authors showed that most of the world’s bananas are grown in India, and China.

Followed by Indonesia, Philippines, Ecuador, and Brazil. As you can see from the image above.

The bananas you mostly find in US stores come from countries that are only middle to low end producers compared to China and India.

In my opinion, the reason is that these countries are very close to the USA, which means the shipping costs are a lot less.

And as a result they can charge less when selling them to the USA, and it makes them a more attractive option than importing them all the way from China or India.

Why do India and China produce the most bananas? 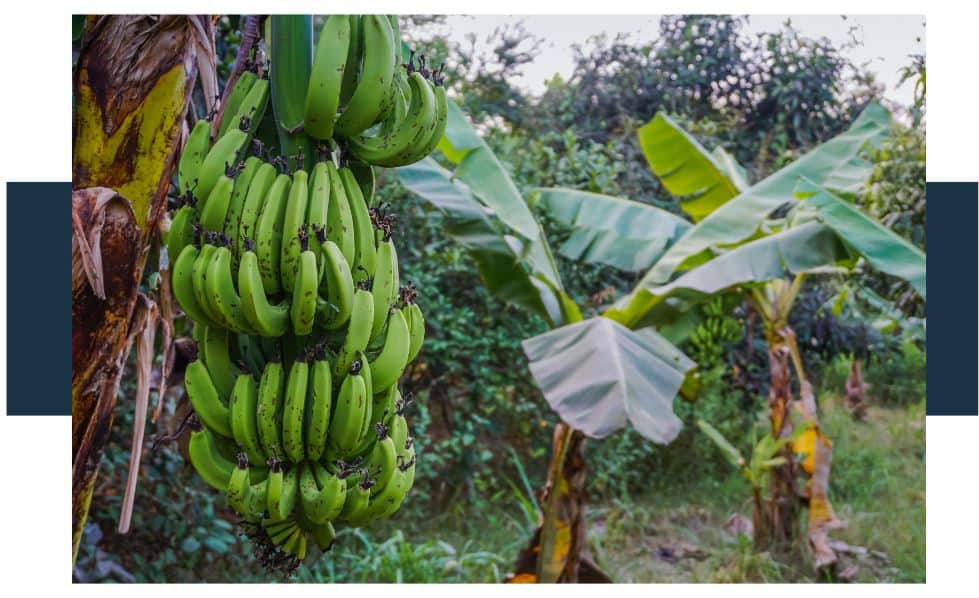 Although almost everyone loves bananas, most countries in the Middle-East are very sandy and dry.

Which makes it hard to grow bananas.

India also has the cheapest cost of living out of any country in the world, according to Numbeo.com.

So, they can produce their bananas really cheaply compared to the countries in the Middle-East which means they can make a lot more profit. And outcompete commercial growers in these countries.

China also has very cheap labor costs, and exports their bananas to surrounding countries such as South Korea, and Japan.

Another reason is the population in both China and India.

Worldometers.com showed that China and India have almost triple the population of any other country in the world.

Which means the demand for bananas in China and India will be about triple that of any other country. So, it makes sense for them to produce way more bananas than any other country around the world.

Why are bananas so cheap at the moment? 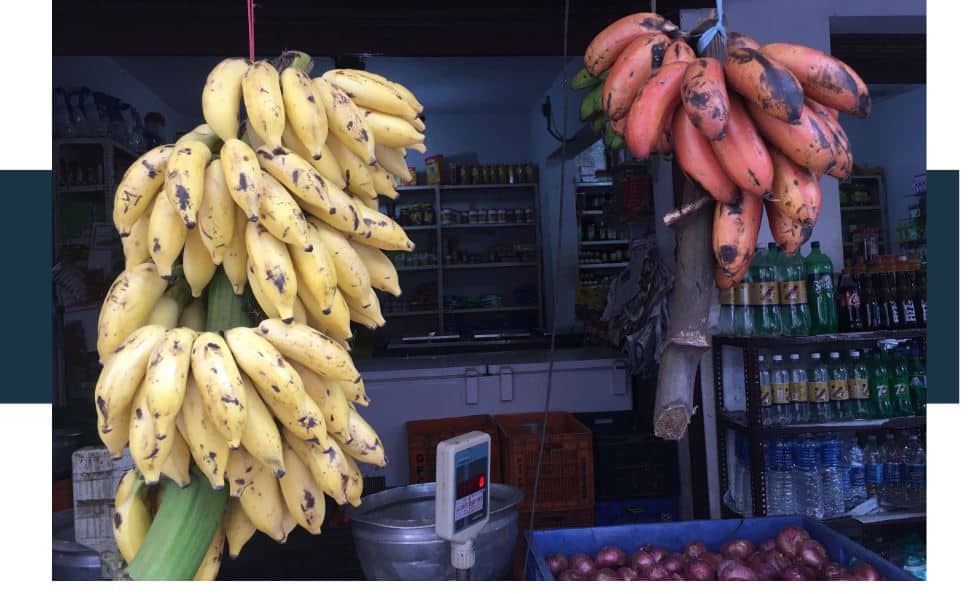 Compared to other fruit bananas are easier to harvest, easier to transport, and produce year round.

These factors all together make them much cheaper to produce, which means they’re cheaper to buy in the store.

Bananas grow in one bunches on one main stem.

So, when they’re ready growers lob off the main stem with one swipe of a machete and they can then transport all of the bananas at once.

Compared to other fruits which you have to pick one by one, it takes much less time to harvest them. So, banana farmers don’t need to spend as much on labor costs.

Bananas grow in bunches, and don’t get damaged when you stack them on top of each other.

They can also be ripened on arrival. When bananas are still green they are very hard, and don’t bruise when you stack them on top of each other.

Also, when they can be harvested green, and ripen over time. Which means they will still be good during long transport times.

3. They grow year round

Bananas plants produce one or two main stems of bananas. On each stem many bunches of bananas grow.

But, after you producers harvest the bananas the next stems of bananas aren’t as big and don’t produce as many bananas.

So, farmers cut down a banana plant once they have removed the stem with all the bananas on it.

A new shoot grows out from the stump left when they cut it down. Regardless of the time of year.

Which means farmers have a continuous harvest, and they can keep prices low regardless of the season.

There are a few other reasons, I recently wrote an in depth article about why bananas are so cheap, where I explain each of the factors in more detail.

You can read it by clicking Why Are Bananas So Cheap?

Bananas grown in the US are mostly grown in Florida and Hawai’i.

The reason is both of these climates are tropical.

So, a lot more commercial bananas are grown there, because companies that do make more money.

Which means they can out compete other growers.

The amount of bananas grown in these States is only a tiny fraction of those you find in stores are the US.

Most bananas you find in US stores come from Central and South American countries.