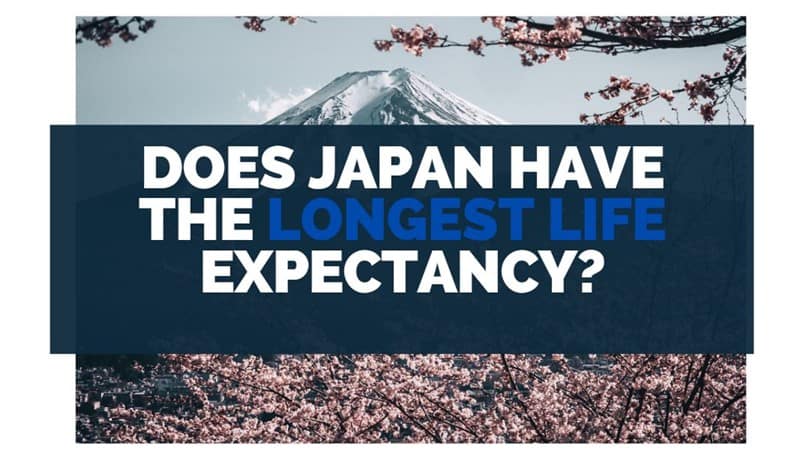 For decades, humans have looked to the countries with the highest life expectancy rates for clues on how to extend longevity.

Researchers have studied the lifestyle habits and practices of the inhabitants of these places with high life expectancy, trying to determine if there is a secret to living past 100. Turns out, there might be.

So does Japan have the longest life expectancy?

Japan is however home to one of the five original ‘Blue Zones’ of the world where people have lived to 100 and beyond.

So, what causes this?

While likely a combination of genetics and lifestyle factors, experts attribute the high life expectancy in Hong Kong and Japan to diet.

Go to top
Table Of Contents hide
1 The Okinawa Diet
1.1 What is it that Okinawans are doing right?
2 What do Okinawans Eat in a Day?
3 An Okinawan Staple: The Sweet Potato
4 Other Factors of Long Life Expectancy
5 So, What Can you Do to Mimic the Habits of the Okinawans?

A city rich in traditional heritage and culture, Okinawans have historically been credited to have some of the healthiest eating habits in the world.

A definite driving force behind Japan’s overall life expectancy, Okinawa was dubbed one of the five Blue Zones in the world.

This means that its population includes the largest number of centenarians–people living over 100 years old and beyond.

This has certainly caught on with western cultures, with scientists, researchers, and health experts studying the lifestyle habits of Okinawans, investigating what it is that attributes to their long life.

What is it that Okinawans are doing right?

While genetics play a major role, we have been studying and documenting the lifestyle habits of Okinawans for decades, specifically their eating patterns.

Because of the high life expectancy of the island’s inhabitants, the “Okinawa Diet” has become a health fad in the 21st century.

The potential promise of a longer life entices many, and there’s clear evidence to back it up that something they are doing is working.

According to the Okinawa Centenarian Study (OCS), the effectiveness of the diet is attributed to the fact that it is low in refined carbohydrates, high in fiber, and anti-inflammatory properties.

What do Okinawans Eat in a Day? 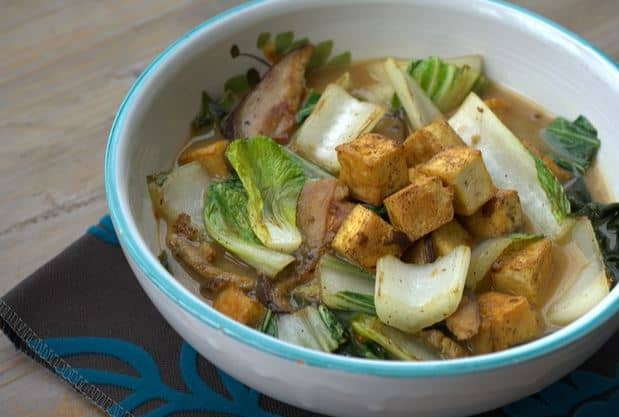 Traditionally, indigenous Okinawans have eaten a plant-based, whole foods diet for most of their lives.

Their meals are low in calories but very rich in nutrients.

They don’t purposefully restrict consumption of any foods, but they typically don’t eat very much meat, dairy, or grains.

The oldest Okinawans are regularly associated with these plant-based eating habits, consuming regular meals of stir-fried vegetables, heavy in sweet potatoes, and tofu.

Contrary to recent Japanese eating habits, the traditional Okinawan diet consists of a small amount of fish rich in omega 3 fatty acids and lots of tofu. 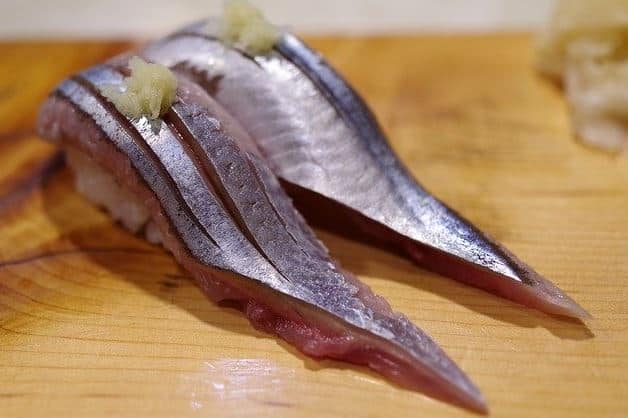 Pork is rarely eaten, although highly valued. Instead, most of the protein is plant-based, including lots of soy protein coming from tofu.

The Okinawan diet is heavy in soy and soy-rich foods such as tofu, along with seaweed- a major source of essential vitamins and minerals including iodine, folate, calcium, iron, magnesium, and astaxanthin.

“The Okinawa diet is not technically a low protein diet but it is a ‘lower’ protein diet that contains a higher amount of carbohydrates,”

In addition to low meat–and relatively low protein–content, the traditional Okinawa diet is centered around whole foods. This means that the majority of food consumed is close to its raw, natural state.

While rice is a major staple in mainland Japanese plates, the Okinawans really cut back here.

Although still regularly eaten, the portions of rice are way smaller and not as much of a staple to every plate, as it is in many mainland Japanese dishes.

Instead, traditional Okinawans get most of their calories from the sweet potato, followed by whole grains, legumes, and fiber-rich vegetables. 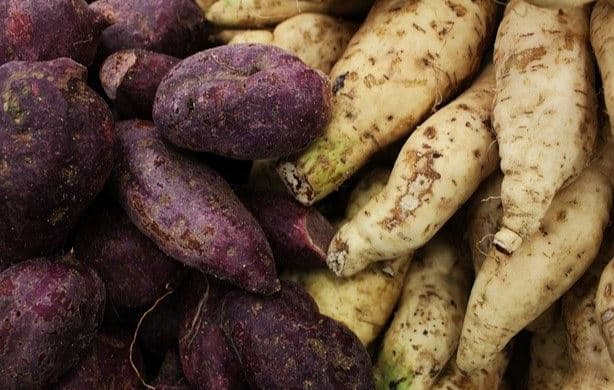 An Okinawan Staple: The Sweet Potato

As explained above, the sweet potato is an essential part of the Okinawan diet.

While the common orange variety of sweet potato is consumed, the traditional Okinawan sweet potato is quite different from the variety we typically get in the States. This is because it is purple!

All varieties of sweet potatoes are high in vitamin A, C, and manganese.

These nutrient powerhouses are also a good source of copper, dietary fiber, vitamin B6, potassium, and iron.

However, what makes Okinawan sweet potatoes stand out is their high antioxidant levels.

This is actually why they are purple. Anthocyanin, an antioxidant, has a purple pigment that is responsible for the vibrant color of the sweet potato’s flesh.

Other Factors of Long Life Expectancy 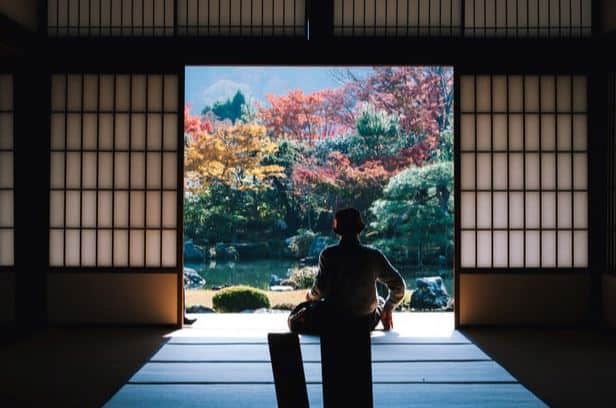 Of course, there’s more to this heightened longevity and vitality than a diet.

Japanese lifestyle habits have been heavily studied for decades as well, to determine how these behaviors can be emulated elsewhere, in hopes of a longer life.

Overall, the Japanese are generally very health conscious and its government prioritizes the health of its inhabitants greatly.

First, Japan’s health care system is one of the most accessible in the world. The government will cover about 70 percent of the cost of all health procedures, including up to 90% for low-income citizens.

Because of this government support, Japanese citizens are able to receive regular check-ups and necessary procedures.

Mass screenings are also provided at school or work. This also contributes to lower stress levels.

Additionally, social cohesion is identified as a major factor in providing for the long lives of the Japanese.

According to the Japanese Journal of population Studies in 2011, Shiror Horichi argues:

“The strong group orientation seems conducive to the psychological well-being of Japanese people with low socio-economic status. It gives them deep feelings of belongingness to organizations and communities, keeping them from feeling alienated in the society….

The feeling gives them relatively high self-esteem (in spite of their low ranks and salaries), and helps them to have positive perceptions, emotions and attitudes about their lives”

Japanese place a strong emphasis on having an Ikagi – defined as one’s reason for which you wake up in the morning, or purpose of life.

This gives people a sense of purpose in their lives, even throughout their older years. This lowers stress and ultimately mortality rates.

An Ikagi “can be anything from spending time with family, a gentle level of employment or volunteer work, or passing on wisdom to younger generations.”

In 2008, researchers from the Tohoku University Graduate School of Medicine, further looked into this concept of an Ikagi, trying to see if there are any measurable correlations between carrying the sense of a “life worth living” and mortality risk.

They found that the risk of all-cause mortality was significantly higher among the subjects who did not find a sense of ikagi compared with those who did.

Additionally, subjects who did not find a sense of ikagi were significantly associated with an increased risk of cardiovascular disease and external cause mortality.

This study highlights the life-extending benefits of having a sense of purpose every day– something to get you out of bed in the morning and allow you to feel fulfilled at the end of the day.

Culturally, there is also a strong emphasis on ancestors and family, so the elderly are often very close to younger family members, perhaps instilling more love and connection in their lives and ultimately boosting health.

Finally, the Japanese often regularly participate in gentle forms of exercise, such as yoga and tai chi.

These are widely accepted and usually done as a group in parks, schools, and offices.

In addition to balancing the body and the mind, these group exercises also boost morale and community.

So, What Can you Do to Mimic the Habits of the Okinawans? 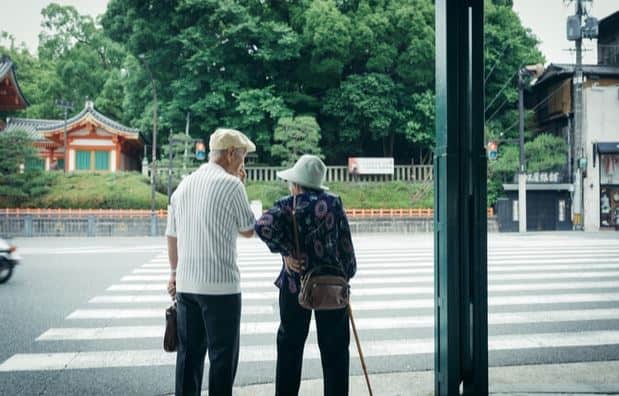 The most significant evidence points to the Okinawan diet as a potential source of ultimate vitality and longevity.

As for other lifestyle factors, find activities and/or work that makes you excited to wake up today.

Fill your days with things that excite and ignite you.  This cannot be stressed enough – take time to understand and document what this means for you.

Spend time figuring out your own Ikigai

Recognize the importance of socialization, and interact with other humans as regularly as possible.

As you move into old age, remember the importance of interacting with youth to boost your life force. And of course, regular movement is key. The Japanese do lots of gentle exercises, well into their older years such as yoga and Tai Chi.

There’s no promise that any of this will help you live to 100, but research indicates it may help.

Regardless, these lifestyle habits will likely boost your mood and wellbeing and will certainly make you feel better overall– which is great of course!