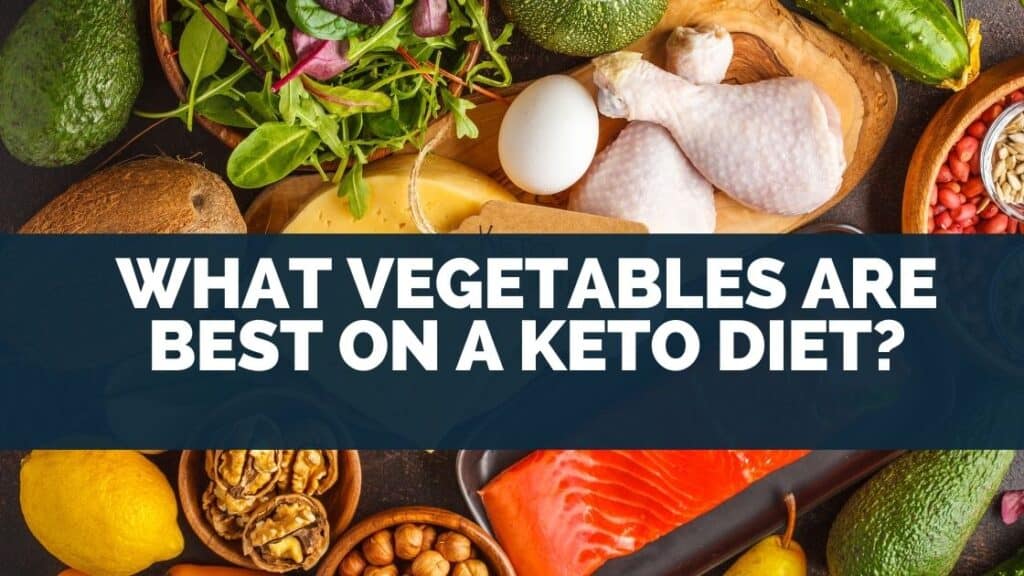 The keto diet has grown in popularity in recent years, as has confusion around what foods are best to eat on a keto diet.

This article will clarify the role of vegetables in your diet when following a ketogenic style of eating.

The best vegetables to eat on a keto diet are ones that are low in carbs.

Green vegetables that grow above the ground are the best to consume because they are low in carbs but also contain significant amounts of micronutrients (vitamins and minerals).

Root vegetables — those that grow below the ground — are generally higher in carbs (i.e., potatoes and sweet potatoes) and should be avoided on keto.

Go to top
Table Of Contents show
1 What is a keto diet?
2 Can you eat too many vegetables on keto?
3 What is the lowest carb vegetable?
4 What vegetables have the most carbs?
5 Are carrots high in carbs?

What is a keto diet? 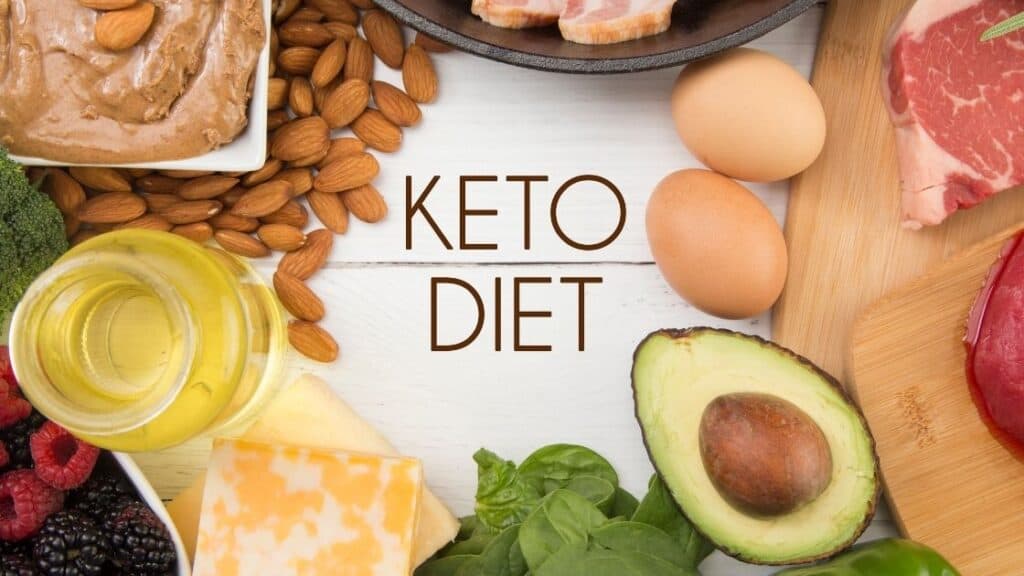 A keto diet is a diet sufficiently low in carbohydrates that the body starts to produce ketones in the liver.

Most people should consume around 20-30 grams of carbs per day on a keto diet.

There are many ideas about what a ketogenic diet is.

Most people think that fat intake has to be sky-high in order to qualify as a keto diet — this is how you get people who eat a pound of bacon per day or add butter and coconut oil to every cup of coffee they drink.

On the contrary, a keto diet is simply a very low-carb diet, at its most basic level.

You don’t need to consume any fat in your diet at all to shift your body into a state of ketosis — all you need to do is consume little to no carbohydrates.

In general terms, a good starting point for most people is to aim for 20-30 grams of carbs per day on a keto diet (shoot for 20 if you’re a smaller person and 30 if you’re a larger person).

If you’re interested in finding out more information about keto, check out Ketogains.

They have a very detailed FAQ on Reddit which is an invaluable resource, and they also have a free macronutrient calculator on their website to help you get started with this way of eating.

Can you eat too many vegetables on keto? 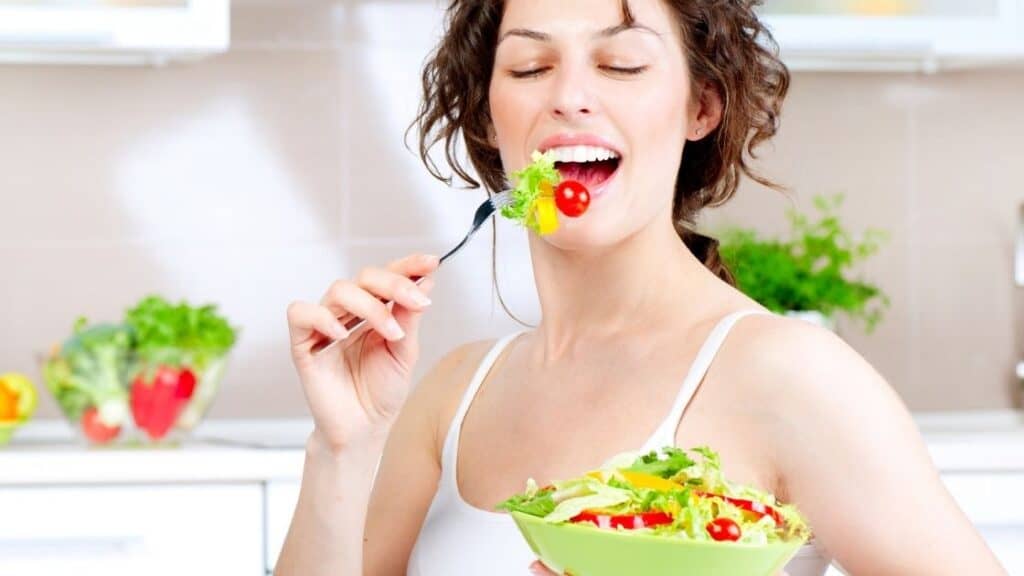 The goal when eating keto is to keep carbs below a certain level — generally anywhere between 20 and 30 grams or so.

It is possible to go over your carb limit with vegetables, particularly starchy root vegetables.

Carbs are found in many plant foods, including vegetables, fruit, grains, legumes, and most processed foods.

Because the goal of keto is to keep carbs low enough to allow the body to enter a state of ketosis, high-carb foods such as grains, legumes, and high-carb processed foods are automatically off the table.

Most fruits, as well, are higher in carbs (with the exception of berries, which are low enough in carbs to be eaten in moderation on a keto diet).

But what about vegetables?

If you’re not paying attention to your carb intake, you can definitely overdo it on vegetables and go over your carb limit.

This is particularly true if you’re still trying to fit starchy root vegetables (i.e., potatoes and sweet potatoes) into your diet. 100 grams of white potatoes (weighed raw) contain 15-16 grams of carbs, so eating this very small portion of potatoes would put you close to your carb limit for the day on keto.

For this reason, it’s best to eat lower-carb vegetables on keto.

You can eat much higher quantities of these types of veggies without going over your carb limit, so you can stay in a ketogenic state and also remain satiated because you’re able to eat more food.

What is the lowest carb vegetable? 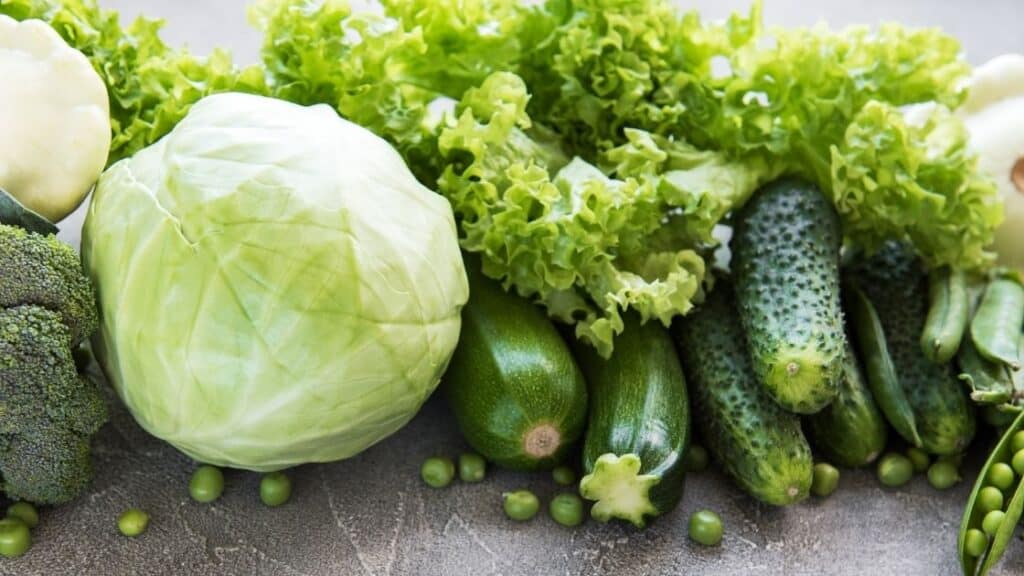 Vegetables with the lowest amount of carbs are typically green vegetables, such as lettuce, cucumbers, spinach, and green cabbage.

These also happen to be vegetables that grow above ground.

Plants typically store the bulk of their carbohydrates below ground, in their roots.

If you’re on a ketogenic diet, gravitate towards vegetables that grow above the ground.

If you tolerate them well from a digestive standpoint, green leafy vegetables like spinach, green cabbage, kale, and different types of lettuces are best, because you can eat large volumes of them and remain below your carb limit, and because they are rich in micronutrients.

See below for a comparison of the carb content of several types of vegetables:

As you can see, you have a lot of options as far as low-carb vegetables to eat on a keto diet.

Keep in mind that vegetables can be dense and fibrous, which makes them more filling.

Also, keep the context in mind when studying the above numbers.

The table above compares carb content in the same volume of various types of vegetables, and all of these numbers relate to vegetables weighed raw. 100 grams of raw spinach may seem like a lot, but it loses a lot of volumes once it’s cooked — it’s much easier to eat a large amount of cooked spinach than raw.

If you’re consuming these veggies in a smoothie, it makes them more palatable and easier to eat more.

This video from Diet Doctor can give you even more ideas about incorporating more low-carb vegetables into your ketogenic diet.

What vegetables have the most carbs? 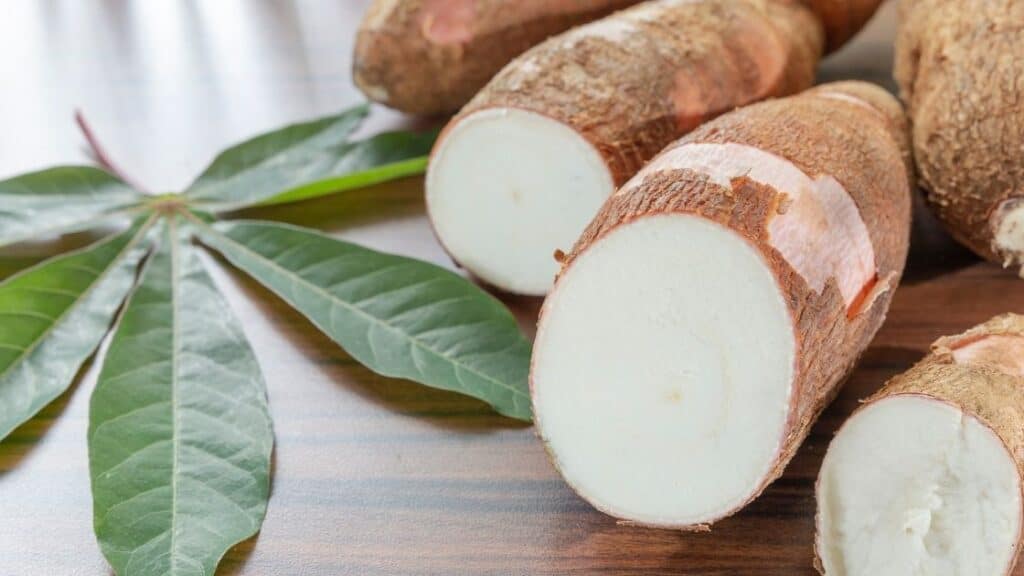 Vegetables that have the most carbs are typically root vegetables, such as potatoes, sweet potatoes, cassava, taro, and carrots.

Some colorful vegetables (usually they are actually fruits, but are typically thought of as vegetables) can also have higher carb levels — bell peppers and tomatoes, for example.

See below for a table listing vegetables with moderate-to-high levels of carbs:

Let’s put these numbers in context.

You’ll notice from the table of low carb vegetables in the preceding section that onions have virtually the same amount of carbs that carrots do.

So why are onions placed in the low carb table and carrots in the moderate-to-high carb table?

The answer is that it is extremely difficult to consume large portions of onions unless they are caramelized or battered and deep-fried (in the case of onion rings).

It’s much easier to eat higher portions of carrots, because of their sweeter flavor and crunch.

Therefore, there is more self-regulation at play when eating onions, and more mindfulness may be needed if you have a tendency to snack on baby carrots (especially if you enjoy dipping them in a delicious sauce!).

Sweet potatoes and white potatoes, on the other hand, are very high in carbs and are also very easy to overeat.

Very few people will be able to weigh out a 100 gram portion of roasted sweet potatoes or mashed potatoes and not reach for a second (or third, or fourth) helping.

Thus, it’s best to completely avoid potatoes if your goal is to eat a ketogenic diet.

Carrots, onions, bell peppers, and tomatoes, on the other hand, can be eaten by most people — just make sure you don’t go overboard.

Are carrots high in carbs? 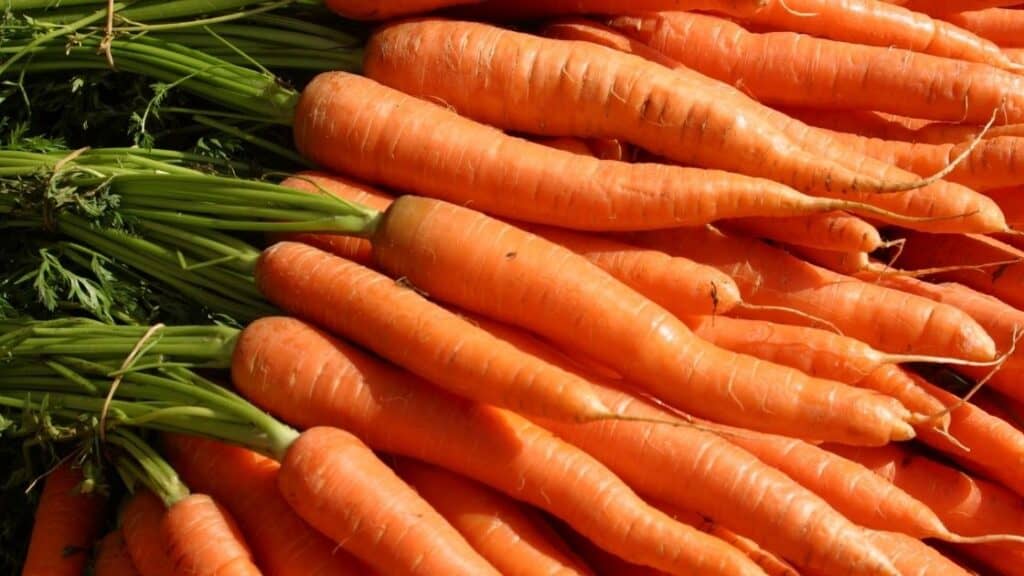 50 grams of raw carrots (about a handful) has 5 grams of carbs.

On a keto diet, where carbs need to be kept extremely low, this may be considered a moderately high carb vegetable and portion sizes would need to be limited.

In the context of a diet with a higher carb allotment, however, carrots would not be considered a high carb food.

If you’re on a ketogenic diet, you can still eat some carrots.

But as noted above, try to be aware of how much you’re eating.

You may need to weigh your portions for a while to get used to what a 50 gram (or 100 gram) portion of carrots looks like.

Remember — just because you need to limit how much you eat does not make carrots a “bad food.”

You need to limit carrots on a ketogenic diet because your goal is to stay under a certain carb level to achieve a state of ketosis, not because carrots are unhealthy or bad.