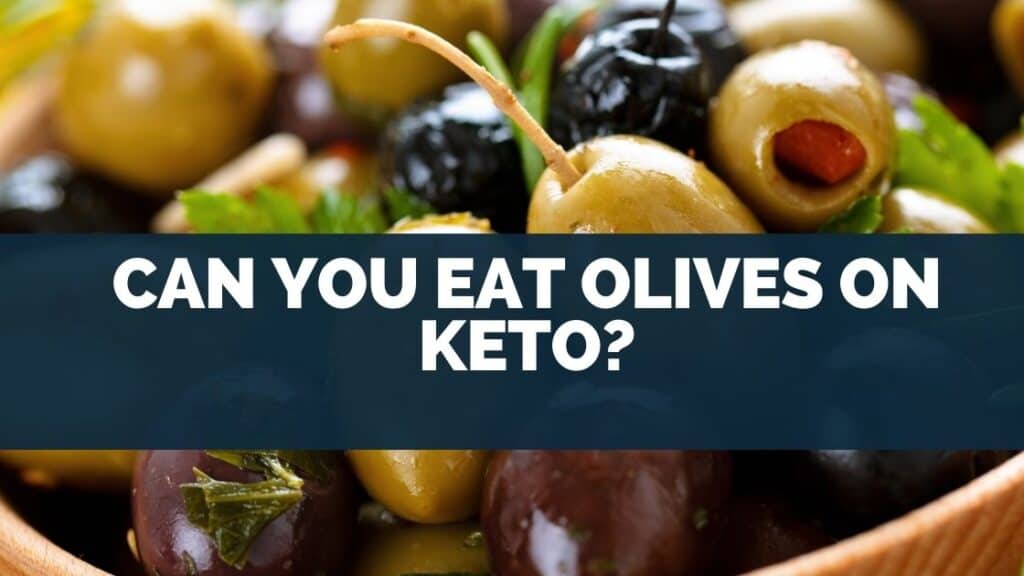 I’ve been experimenting with different diets for some time.

And in my research, I’ve found that certain diets can be better for others, and lately I’ve been trying out the keto diet.

I like to eat olives, so I was curious whether you can eat olives on a ketogenic diet, I looked into it, and here’s what I found.

Olives are perfectly fine on a ketogenic diet.

Medical professionals say that to maintain ketosis a person generally needs to consume less than 100g of carbohydrates per day.

Olives have a low amount of carbs and contain 3.8g per half cup, which is ideal on a ketogenic diet.

How Many Olives Can I Eat on Keto? 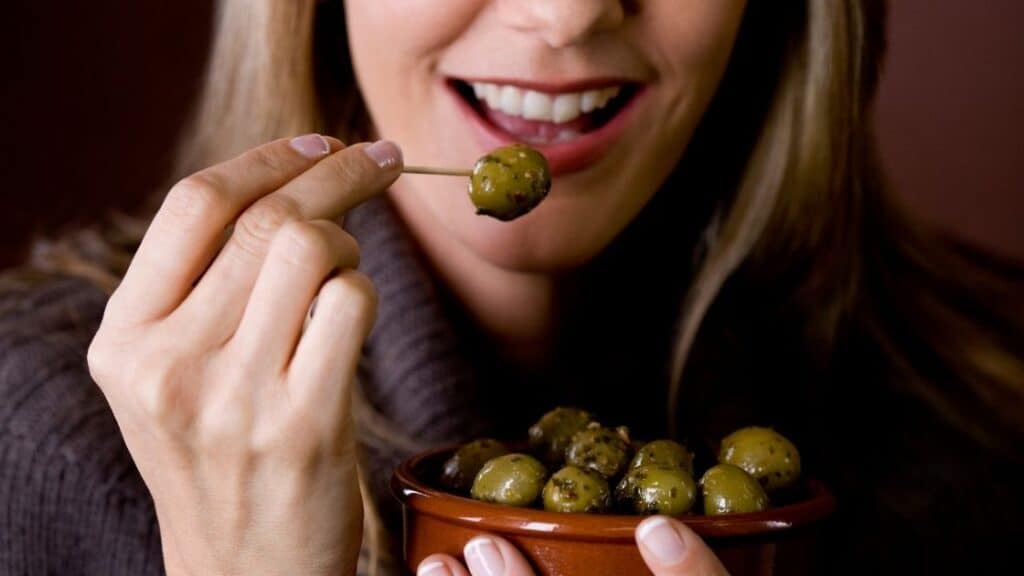 Since olives are fine on the keto diet, I wanted to know how many olives I can consume to maintain ketosis.

Here’s what I found based on the nutrient profile of olives.

It’s fine to eat as many olives as you like on keto. 1 cup of olives contains 7.4g of carbs, which only accounts for 7.4% of your recommended carb intake to maintain ketosis.

Most people wouldn’t eat more than about 1 cup of olives per day, so it’s possible to eat as many olives as you like.

Olives are typically used in salads in small to medium quantities, on average around ½ a cup at the most for a single person.

They’re also used in sandwiches, although bread is quite high in carbs.

Or, as a snack on their own where it’s typical to consume the equivalent of a handful or about half a cup.

So unless a person was to go out of their way to consume more olives than the way that most people consume them it’s perfectly fine to consume as many olives as you want on a ketogenic diet.

To know for sure if you’ll maintain your body in ketosis you would need to plan out your diet, and the foods you consume in a day.

And as you do calculate how many olives you’d normally consume.

Then you can see whether you will be consuming less than 100g of carbs each day.

This process is quite laborious at first.

As you need to find out how many carbs are in each food, and how much of it you’re likely to consume.

However, once it’s done, it’s done.

And you can simply tweak your diet, and have some overarching knowledge that can guide your everyday diet decisions.

Here’s a table that shows how many carbs are contained in olives, and the percentage of your diet they can make up to maintain ketosis:

Ketosis is maintained in the body by consuming less than 100g of carbohydrates per day.

So, all the foods you consume in a day should not contain more than 100g of carbs.

Half a cup of olives contains 3.8g of carbs, which makes the math very easy.

It’s 3.8% of the maximum carbs you should eat in a day to maintain ketosis.

Olives are generally quite bitter, especially when picked.

So, eating a lot of them is difficult.

And your natural body response after eating a good amount of olives is to not feel like eating anymore.

1 to 2 cups of food will also generally make you feel full for about an hour or two if not longer.

Especially, if you’re drinking the recommended amount of water per day.

So, it’s virtually impossible to kick your body out of ketosis even if your whole diet consists of olives.

So, eating only one type of food consistently isn’t recommended as you won’t be getting the levels of nutrients your body needs.

Interestingly olives are not cooked but are instead cured.

All of the nutritional info about olives are for packaged olives that are cured.

Bread is particularly high in carbs, so you may be wondering if toasting bread reduces the number of carbs.

I explained the answer to this question in this article about whether toasted bread has less carbs.

What Are the Best Olives to Eat on Keto? 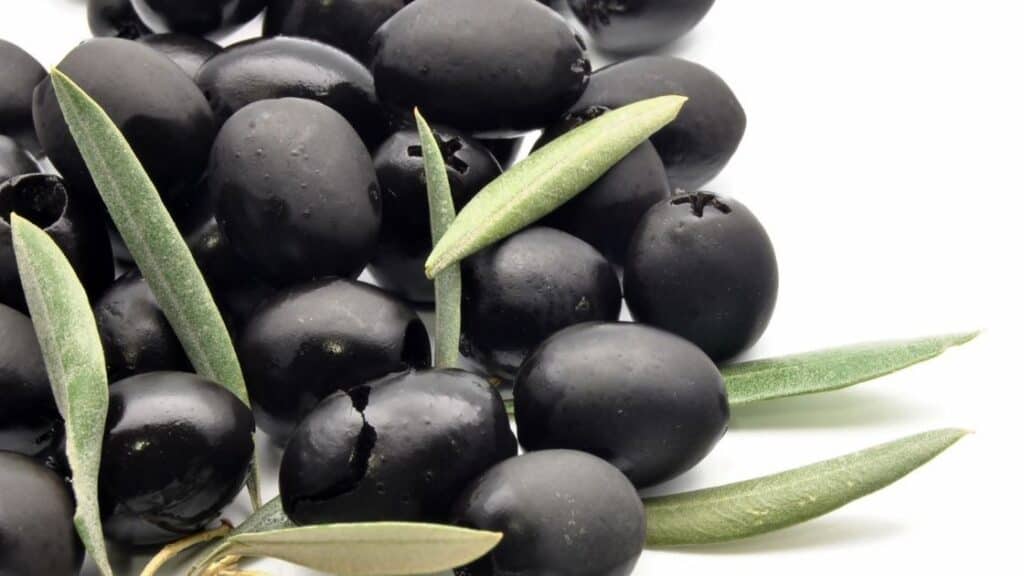 There are various different varieties of olives, they are most easily distinguished by their color and shape.

Some are common while others aren’t so common.

But, what are the best olives on the keto diet?

Black olives are the best olives to eat on keto.

They contain the lowest percentage of carbohydrates compared to all of the other types of olives.

Kalamata also spelled calamata olives and Gaeta olives contain the highest amount of carbs but can still be fine on keto depending on your overall diet.

*Data provided by the USDA, and Carbmanager.com

From the data in the table, you can see that there is quite a bit of variation in the amount of carbs olives contain based on the variety.

Those with the most carbs are Gaeta olives, these are maroon/dark purple in color.

There is only a slight difference in the number of carbs between the following olives:

Therefore, if you stick with these you really can’t go wrong.

But, black olives are clearly the best.

Black olives and Gaeta olives are quite similar in appearance when cut.

Because black olives have a similar colored flesh to the skin of Gaeta olives.

However, it’s very easy to tell the difference between black olives and Gaeta olives because the skin of black olives is generally a darker black with a brown hue to it rather than the purple/maroon of Gaeta olives.

Whereas, Gaeta olives have much lighter skin and flesh that is dark purple/maroon hue to it. 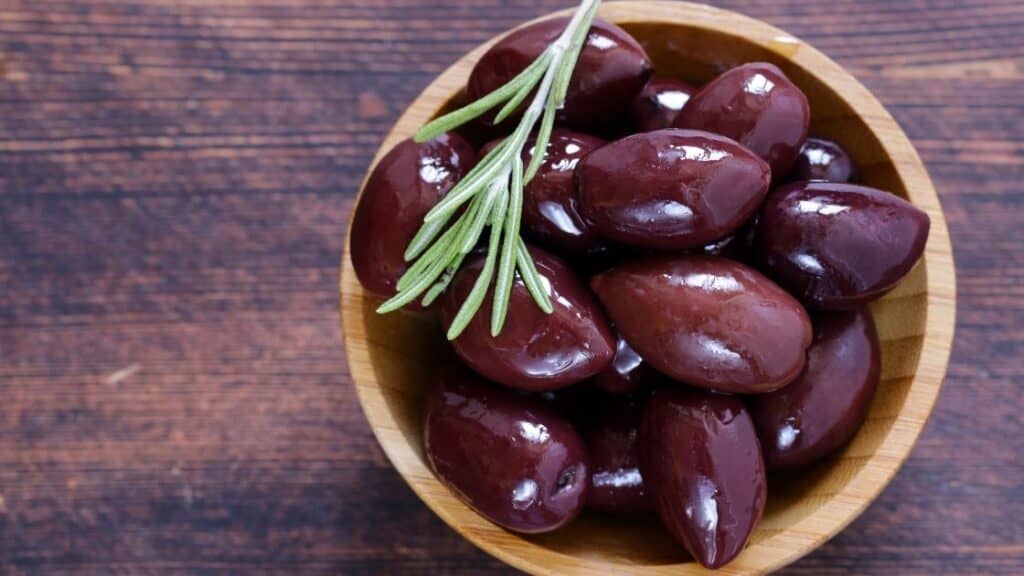 Kalamata olives are popular and widely available in stores and online.

But, are kalamata olives keto friendly and are they the best olives for a keto diet?

Kalamata olives are keto friendly, however, they are significantly higher in carbohydrates than other olives such as black, green, and castelvetrano olives.

1 cup of kalamata olives contain 13.3% of the recommended carb intake to remain in ketosis.

The recommended intake of carbs to maintain ketosis is 100g per day.

Due to this requirement, you often need to be quite selective in the foods you eat.

However, you may have a preference for certain types of foods like bread that are high carb.

But, due to the fact that you can only consume 100g of carbs to maintain ketosis, you may not be able to eat certain foods you may like such as bread as it will mean you consume too many carbs.

Therefore, other types of olives can be a better option.

As they can contain half the carbs that kalamata olives have.

These include botija, green, castelvetrano (green), and black olives.

Seeds such as sunflower seeds, and legumes which include beans can be very delicious.

And you may be wondering whether seeds are low in carbs.

I looked into the carb content of seeds and categorized them based on low carb, medium, and high carb in this article about what seeds are low carb, so you can see which ones will work well for a keto diet. 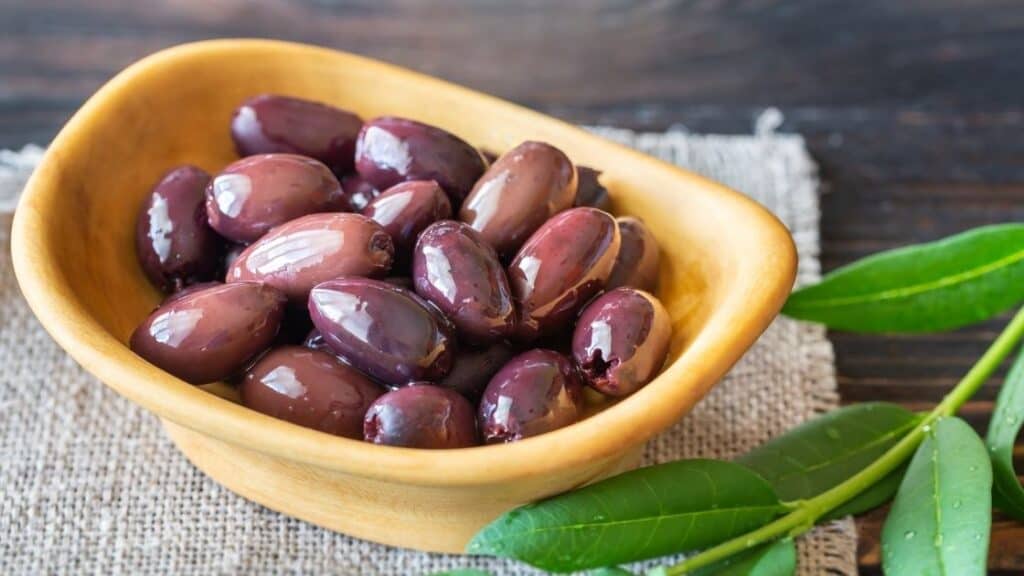 Certain foods are higher in carbs than others.

Kalamata are a popular kind of olive.

So, I will explain if kalamata olives are low carb.

There is no strict definition of low carb, but a low carb diet is one where less than 100g of carbs are consumed per day.

1 cup of kalamata olives contains 13.3g of carbs or 13.3% of the recommended intake of carbs on a low-carb diet.

Kalamata olives are not as low in carbs as other olives.

And interestingly are the highest carb olives together with gaeta olives.

Other olives contain about half the carbs as kalamata and gaeta olives.

Therefore, if you need to otherwise not eat certain foods that are high carb because of the type of olives you eat, then it’s a good idea to switch to one of these lower carb olives.