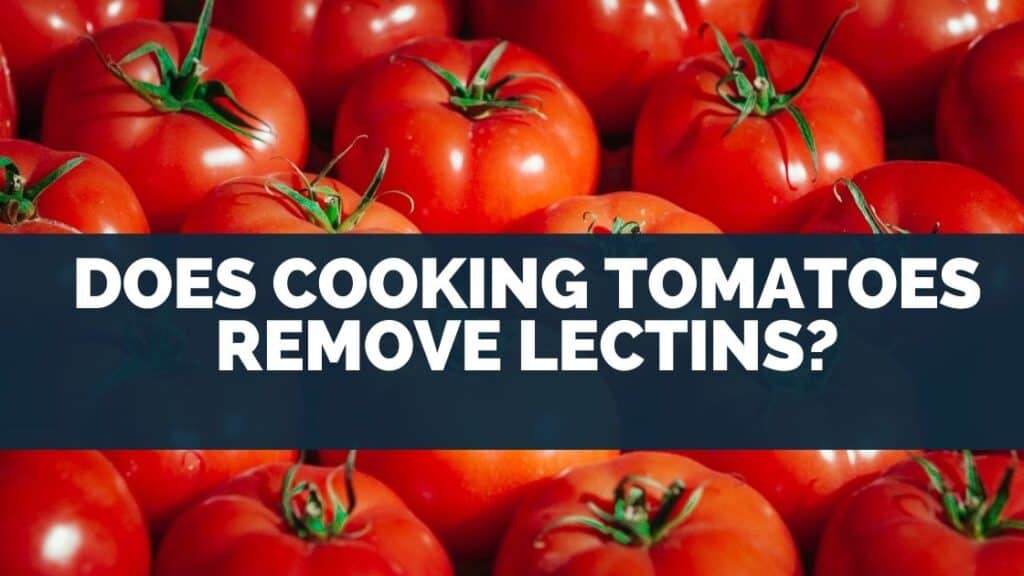 Lectins are known to be toxic in high amounts.

Tomatoes are also known to be quite high in lectins compared to other foods.

Cooking tomatoes does remove lectins according to Harvard Medical School.

However, currently, there aren’t any known negative effects due to the lectin content in tomatoes when consumed raw.

In this article, I will explain whether peeling tomatoes removes lectins, how to remove lectin from tomato sauce, and if tomato paste is high in lectins.

Go to top
Table Of Contents show
1 Does Peeling Tomatoes Remove Lectins?
2 Is Tomato Paste High in Lectins?
3 How Do You Remove Lectins from Tomato Sauce? 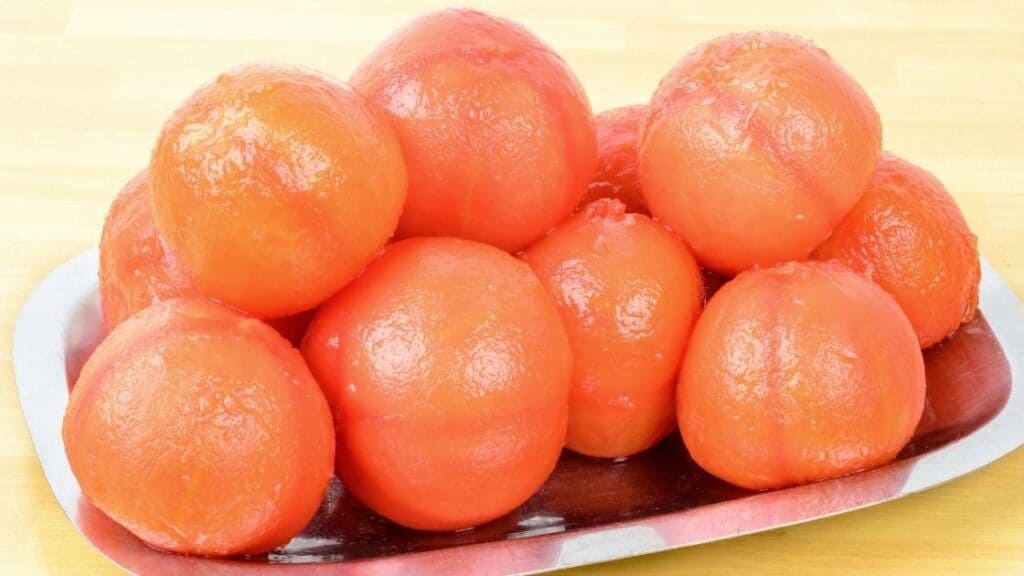 Certain fruits and vegetables have skin that doesn’t taste good, and so it isn’t consumed.

Most people find that the skin of tomatoes tastes good, and therefore it’s often left on.

But, does peeling tomatoes remove lectins?

The lectins in tomatoes are also removed by soaking, boiling, or stewing.

But, according to medical professionals, the lectin content in tomatoes doesn’t have any negative effects.

It can still be a good idea to remove the skin of tomatoes, especially for sauces.

The reason is the skin holds up quite well and doesn’t turn soft and break apart like the flesh of a tomato.

Therefore, after you blend it there will be small chunks of skin that change the texture of the recipe.

According to Dr. Steven Gundry, lectins are found in the highest concentrations in the skin and seeds.

So, if you’re trying to limit your lectin consumption it’s best to remove the skin and seeds prior to eating them.

However, Harvard Medical School, as well as, other medical professionals say that the lectins found in tomatoes are not of concern.

And you should feel free to consume them in any way you wish.

Potatoes are another vegetable that is prepared in a range of different ways.

Many people wonder what the best way to cook potatoes is to retain the most nutrients.

I explained the answer to this question by doing a side-by-side comparison between baking, steaming, and boiling potatoes in this article about whether it’s better to steam potatoes.

Is Tomato Paste High in Lectins? 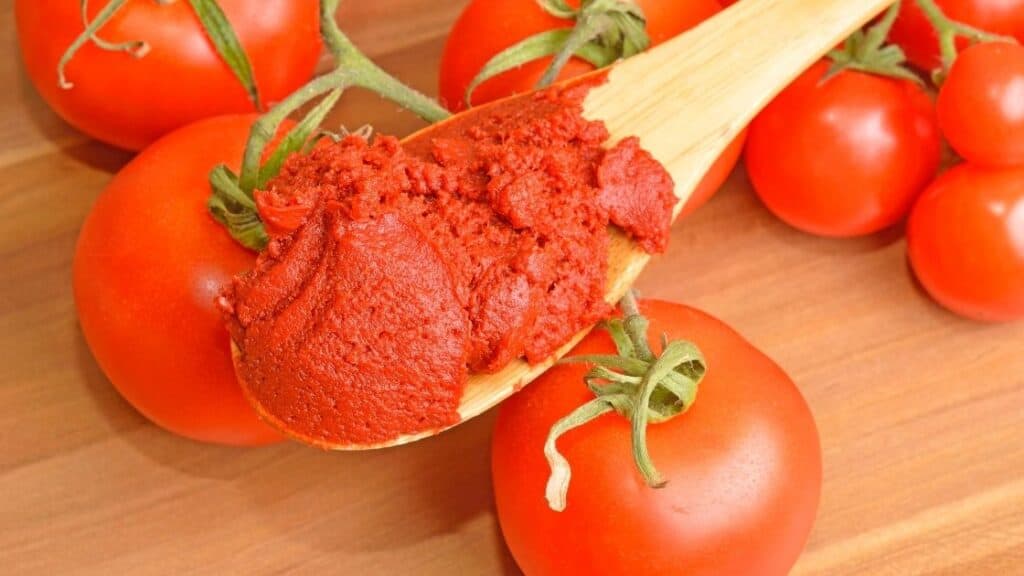 Tomato paste is a great way to flavor meals without needing to be as concerned about tomatoes going bad, or taking the time to prepare them.

Since tomatoes are known to be high in lectins, is tomato paste also high lectins?

Tomato paste is not high in lectins.

Tomatoes are known to be high in non-toxic amounts of lectins.

These lectins are most concentrated in the skin and seeds of a tomato.

As tomato paste is made the skin and seeds are strained out which greatly reduces the number of lectins.

When tomato paste is made the tomatoes are also typically boiled for a long period of time.

The process of boiling and soaking the tomatoes breaks down a lot of the lectins.

During the process of cooking some of the nutrients in tomatoes are lost.

Typically steaming removes more nutrients than boiling, and baking preserves the most amount of nutrients.

This is quite surprising. A lectin is a protein that binds to carbohydrates.

Currently, there is no data available that shows the total lectins.

Therefore, to know which has fewer lectins overall a good measure is the total carbohydrates.

From the table, it can be seen that tomato paste interestingly has the most lectins, followed by stewed tomatoes, and the way of preparing tomatoes that has the least amount of lectins is raw.

Here’s a breakdown of the carbohydrates for each:

On average tomato paste has quite a bit higher nutrients than stewed tomatoes.

As the number of nutrients in stewed tomatoes is on average 30% to 50% higher.

However, that’s to be expected because tomato paste is a concentrated form of tomatoes.

But, what is quite surprising is that stewed tomatoes have considerably more nutrients than raw tomatoes.

So, it’s clear that the cooking process brings out more of the nutrients in tomatoes.

However, it also increases the number of lectins by double.

Therefore, to get the most nutrients from tomatoes it’s best to stew them, and to get the least amount of lectins is best to consume them raw and without the seeds or skin.

Tomato paste is widely believed to have been invented in Sicily, and the small island to the south of Sicily is called Malta.

Here’s a video that shows how it’s made:

How Do You Remove Lectins from Tomato Sauce? 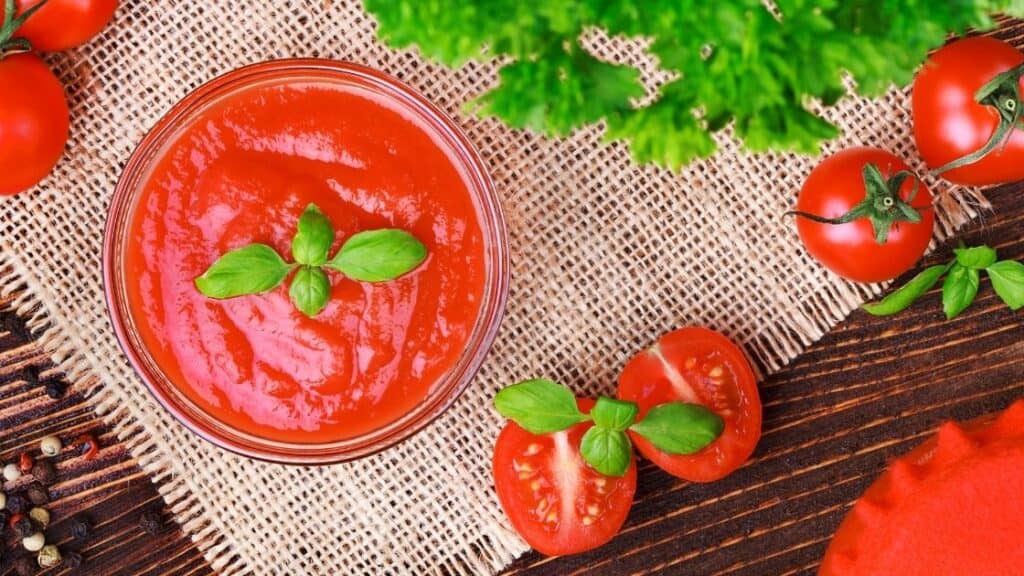 The main ingredient in tomato sauce is tomatoes, and tomatoes are known to be high in lectins.

So, I thought I’d cover how to remove lectins from tomato sauce if you’re making it yourself, or bought it in-store.

Remove the skin and seeds of the tomate prior to making it into tomato sauce.

Also, stew the tomatoes for a few hours as this breaks down lectins.

They are also not high enough to have any negative health effects.

The primary way to remove lectins from foods is through boiling or soaking them.

However, it’s known that the skin and seeds contain the most amount of lectins.

They also aren’t too missed if you do remove them.

Therefore, you should remove the skin and seeds, and boil and soak the tomatoes prior to making it into tomato sauce.

This is the same as the lectins found in raw tomatoes.

Here’s a table that shows a comparison of the recommended daily intake of carbohydrates found in tomatoes for each of these methods of preparing tomatoes:

From the table, you can see that tomato paste has the most carbs which are what lectins bind to.

However, it’s somewhat surprising that tomato sauce has the least amount of carbs which contain lectins, and is on par with levels found in raw tomatoes.