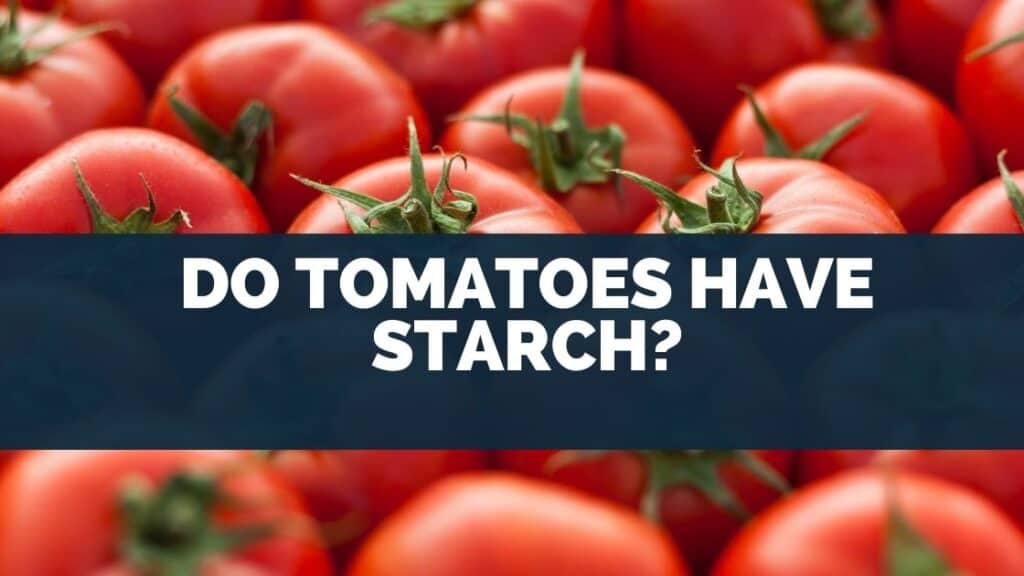 Because starch is high in calories, starchy foods are generally avoided when trying to reduce your total calorie intake.

So, I thought I’d explain whether tomatoes contain starch.

Tomatoes do not contain starch and are considered a non-starchy vegetable.

Besides starch, tomatoes have around the same nutrients like other fruits and vegetables except they are particularly high in vitamin C, vitamin A, and vitamin E.

As you may know starch is a type of carbohydrate or ‘carbs’.

There are various popular diets that aim to reduce carbs as a way to feel better and lose weight.

Below, I will cover if tomatoes contain protein and do a side-by-side comparison of the nutrients in different types of tomatoes such as cherry tomatoes, and plum tomatoes.

Go to top
Table Of Contents show
1 Does Tomato Have Protein?
2 Is Tomato a Carbohydrate?
3 Are Tomatoes a Lipid?

Does Tomato Have Protein?

To put on muscle you need to consume quite a bit of protein.

More so, than what you would generally feel like eating. For this reason, protein shakes are very popular.

But, how much protein do tomatoes contain?

This is a very low amount of protein compared to say meat or cheese that has on average 20g of protein per 3.5 oz (100g).

Tomatoes are very low in protein and not a good source of protein if you are looking to increase your protein intake.

Therefore, tomatoes are low in starch and protein which are both good to consume if you’re trying to put on muscle.

But, on the flip side, the fact that they’re low in protein and starch makes them good for losing weight.

Some nutritionists argue that muscle gain is good for burning fat.

And if you focus on building muscle it will decrease the amount of fat in your body.

Which will help you lose weight in a healthy way.

But, regardless of that fact tomatoes are very low in starch which means you can eat virtually as much as you want of them without being worried about putting on weight.

Here’s a breakdown of the nutrients in tomatoes so you can see how much of each nutrient they have as a percentage of the recommended daily intake (RDI):

Note: that you may not be aware of what a grape tomato is.

These are sometimes called Italian tomatoes, and common varieties are Roma and San Marzano.

They are smaller in size than a regular tomato.

But, bigger than a cherry tomato, and have a characteristic oval shape.

They are generally favored to be used in a sauce for pizza and pasta, as well as for making strained tomatoes (tomato puree) because they have significantly more flesh compared to the number of seeds than regular tomatoes or cherry tomatoes.

The data in the table shows that for some nutrients the different types of tomatoes are very similar.

However, for others, they are drastically different.

The nutrients that are the most different are:

Also, when doing a total of all the nutrients, it’s clear that plum tomatoes which include Roma and San Marzano tomatoes, as well as, cherry tomatoes have almost double the nutrient of regular tomatoes.

But, this conclusion is very much impacted by only one of two nutrients.

For example, plum tomatoes have very high levels of vitamin C, and vitamin A compared to regular tomatoes.

And cherry tomatoes have very high levels of zinc compared to regular tomatoes.

And then explains which tastes the best, both fresh and canned.

Is Tomato a Carbohydrate? 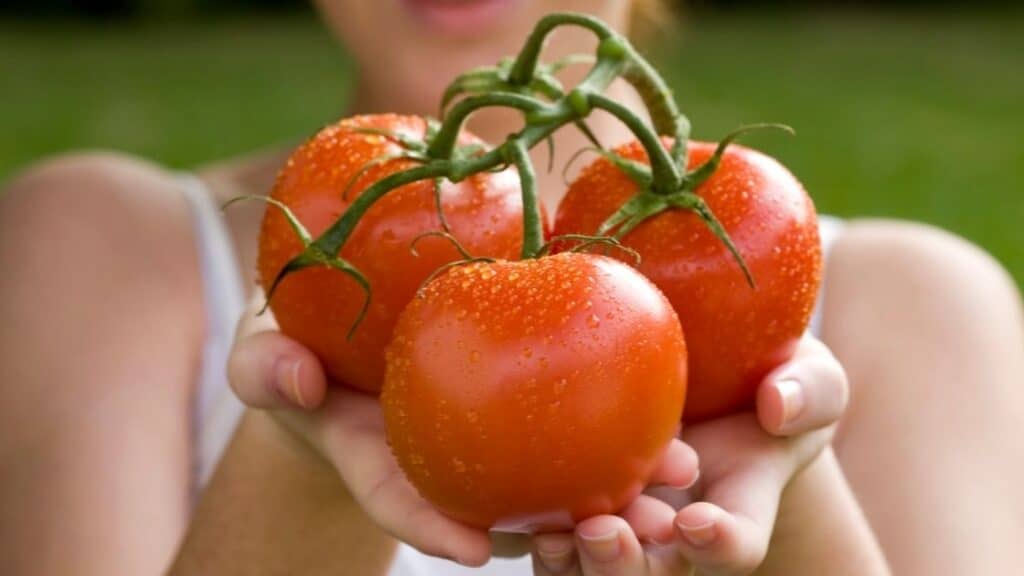 Some foods are quite high in carbohydrates.

They contain much higher amounts of vitamins and minerals compared to the number of carbs they contain.

So, tomatoes are a good choice to reduce calories and to limit the number of calories you consume.

Foods that are much high in carbs are bread, rice, sweet potato, and potato.

Carbohydrates contain on average 4 calories per gram, according to the National Health Service of the UK (NHS).

For some foods, it’s possible to remove some of the starch before consuming them.

For example, potatoes and rice are often soaked or washed many times to remove some of the starch.

This makes rice and potatoes not so heavy and filling.

However, the process of soaking only removes a small amount of the starch.

I explained how much it reduces the calories in potatoes in this article about how to remove starch from potatoes.

Spoiler alert, tomatoes are some of the lowest carb vegetables:

Are Tomatoes a Lipid? 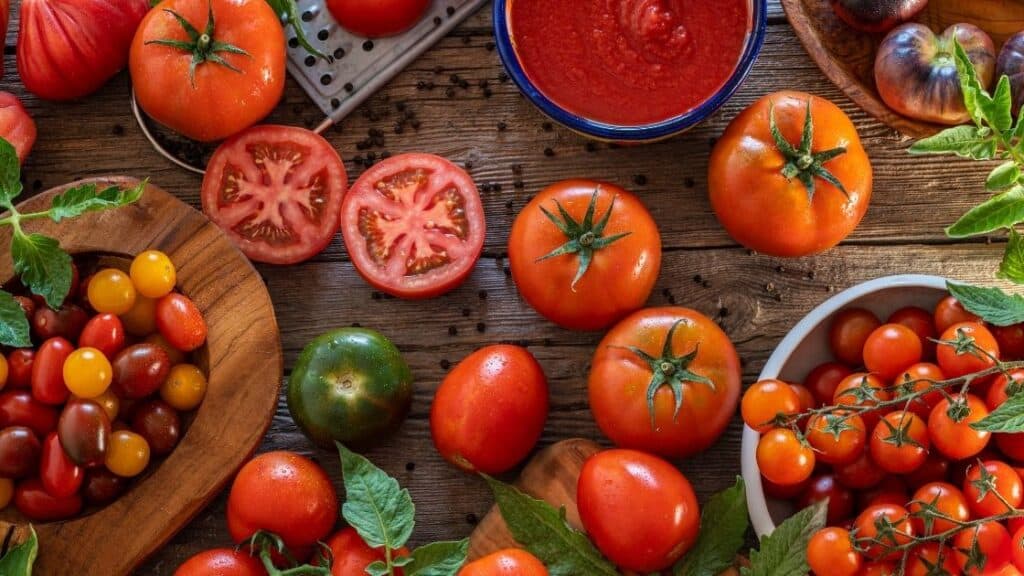 Tomatoes are an interesting fruit that often gets called a vegetable because of its savory flavor, and because it’s often eaten with other vegetables.

It’s part of the nightshade botanical family but are tomatoes a lipid?

Tomatoes are not a lipid. They are a fruit, they contain on average 4.96% lipids.

A lipid is a component of most foods, but foods are not lipids.

Interestingly, lipids are insoluble in water.

A common lipid which you’ll be aware of is fat or oil, such as vegetable oil.

When you mix these with water no matter how much you mix them together they will always separate from the water, and never completely dissolve like salt or sugar.