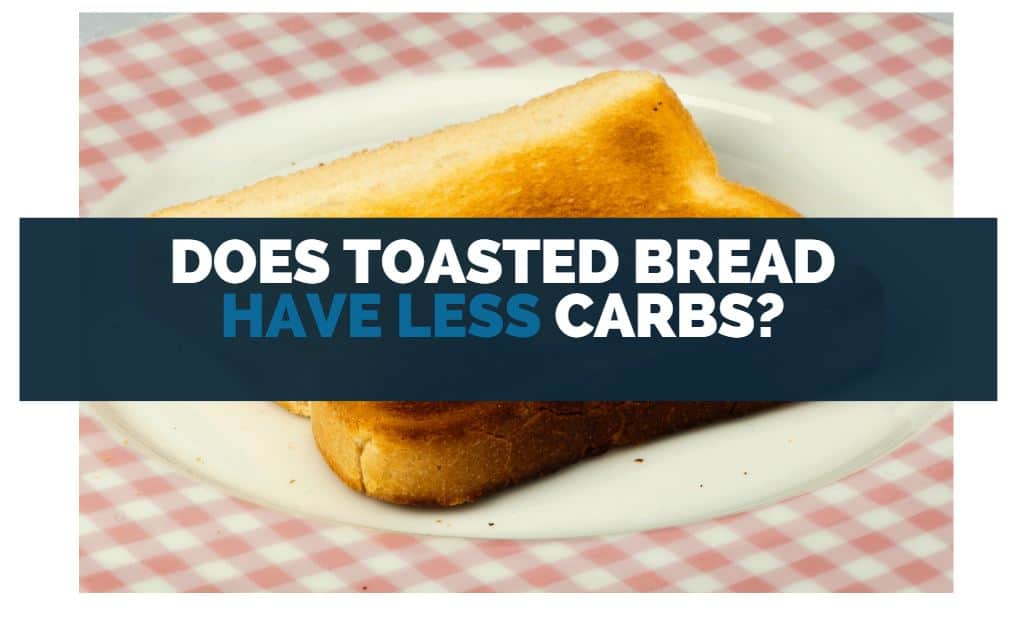 I’ve been learning a lot recently about the nutritional qualities of different types of foods, and whilst I do have an unhealthy appetite for bread understand its quite high in carbs.

So, I looked at some studies and here’s what I found.

So, does toasted bread have less carbs?

According, to Julie Manusco, a qualified nutritionist when you toast bread it does not reduce its total carbohydrates (carbs).

So NO, toast doesn’t have less carbs.

This was also confirmed by data provided by the United States Department of Agriculture (USDA).

I was wondering if there are any ways to reduce the amount of carbs in bread, and what else happens to the nutrients in bread when it’s toasted.

So read on discover the answers to these questions, and more helpful information about toasted versus fresh bread.

What Happens To The Nutrients In Bread When You Toast It?

When you toast fresh bread:

Now, I found some interesting data provided by the USDA.

Here’s a table that shows a side by side comparison of fresh rye bread, and toasted rye bread.

As you can see from the different nutrient values shown above, comparing fresh and toasted bread, some of them increase, while other decrease.

However, they mostly go up or down by about 10% each.

When you balance out all the nutrients the overall nutritional value of the bread remains the same, whether you toast it or eat it fresh.

There is an optimum amount of carbs to eat in your diet based on what your goals are.

So, knowing how the carbs in bread change when you toast it, or freeze and then defrost it is very important.

But, looking at the table above you can see that the difference in the amount of carbohydrates between toasted bread and fresh bread are only slightly different.

As a percentage, toasted bread has 90% the carbs of fresh bread.

But, most nutritionists would agree that eating a lot of bread, say at every meal isn’t recommended.

Which means that as a percentage of your entire diet, the reduction in carbs is quite low overall.

So in my opinion, it doesn’t make a significant different to your diet whether you toast your bread or eat it fresh, and you should prepare your bread how you like it.

Which as a percentage – toasted bread has 90% less sugars than fresh bread.

Glycemic index is calculated as the effect on your blood sugar levels after you eat the bread, and can be due to complex chemical reactions that occur throughout your body as you eat it.

In response to the different proportions of nutrients.

But, on balance the amounts are so small, that in my opinion they won’t really have much effect overall. 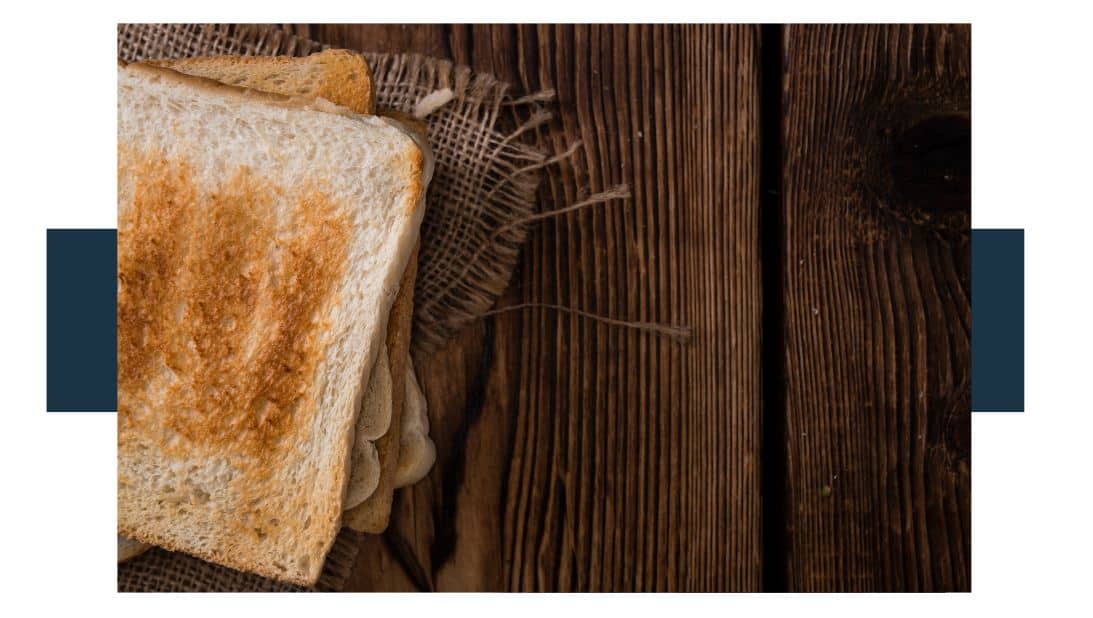 A comprehensive study was done, which showed that it is significantly lower.

The study showed that toasting bread lowers it’s IAUC value – which is a measure of it’s glycemic index.

The results showed that it lowered it’s glycemic index from 259 to 193.

As a percentage, toasted bread has a glycemic index which is 74% of that of fresh bread.

They also showed that if you freeze bread and then defrost it, it’s glycemic index drops even more than if you toast it.

Although, this is good, one disadvantage of doing that is, when you defrost bread it becomes a little softer, and can be slightly soggy.

Which makes it harder to apply butter, or spreads to it.

The study also showed that if bread is frozen and then toasted its IAUC value drops from 259 to 157, which is a further 5% decrease from if you simply just toast fresh bread.

Rather than freezing it first, and then toasting it.

But, one caveat is that in the study the bread was frozen and then defrosted before it was toasted, which means it can take more time to prepare.

Because you have to wait for it to defrost first.

However, if you set it aside the night before, or have breakfast with another meal, say for example soup, you can plan ahead and make sure it’s defrosted ahead of time.

Also, when you freeze bread it remains fresher for longer.

In my opinion when you buy bread from the supermarket it is the most delicious on the first day you buy it, and also on the following day.

But, after that it starts to get quite bland, and isn’t as delicious.

So, freezing it is a good option after a day or say to retain it’s fresh taste, and to stop it from going stale. 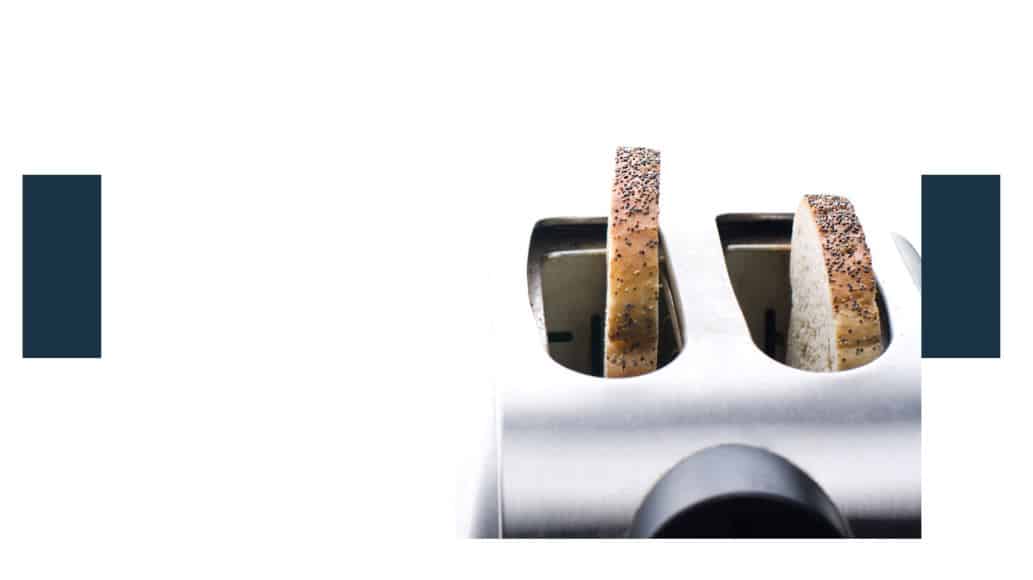 According, to the data provided by the United States Department of Agriculture (USDA), toasted bread and fresh bread have almost identical nutrients.

You lose about 10% of some nutrients in the bread when you toast it.

But, other nutrients increase by about 10%. So, on balance it’s about the same.

However, it does significantly lower its glycemic index – by about 30%.

The glycemic index is a measure of the amount of sugar in your bloodstream after you eat a particular food.

When your blood sugar spikes it can cause a sugar high, and then a sugar crash.

So, toasted bread has a more even effect on your sugar level, which means your mood will remain more even.

Toasted bread has roughly the same amount of carbs as fresh bread.

However, it’s glycemic index is dramatically lowered when you toast it.

Some of the other nutrients are lowered when you toast it, but others increase.

But, if you’re deficient in a particular nutrient you should check out the table at the start of this article to see whether you should eat toasted bread or fresh bread.

Otherwise, there are various supplements based on the results of a blood test to achieve healthy nutrient levels in your body.