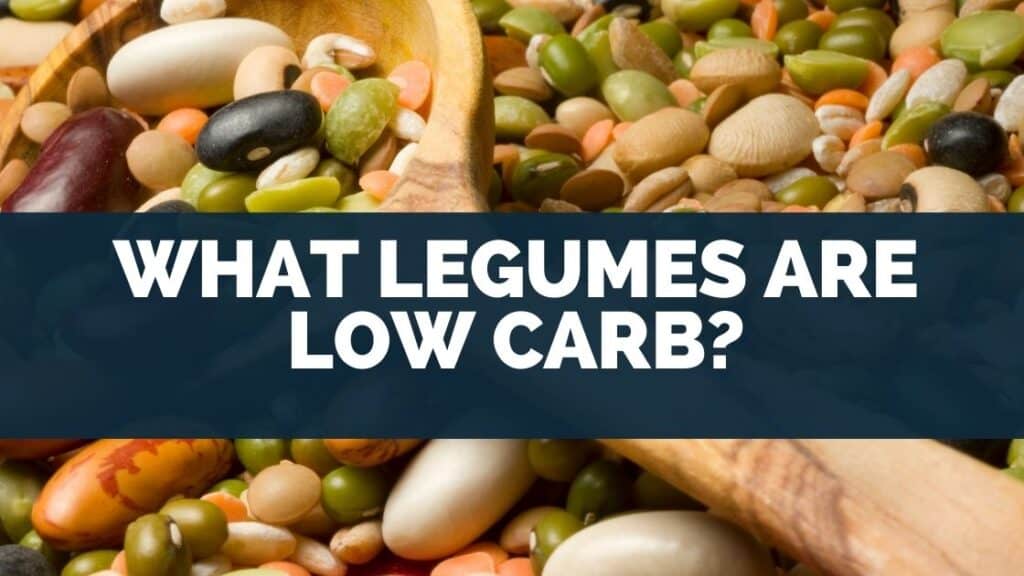 Like beans and peas, legumes are generally considered carbohydrate powerhouses, making them unsuitable for a low-carb or ketogenic diet.

However, there are some exceptions and some specific varietes that are lower in carbs.

Other legumes considered to have a moderate carbohydrate content include mung beans, lentils, fava, black-eyed peas, and black, lima, and navy beans.

Legumes are the seeds or fruits of the Fabaceae family of plants.

They have long been credited with many health benefits, such as reducing cholesterol, regulating blood sugar levels, and promoting healthy gut bacteria.

In addition to that, legumes are an excellent source of protein and fiber.

They offer more protein than meat per calorie, making them an essential part of the vegetarian and vegan diet.

Including legumes in a low-carb diet requires careful selection and portioning.

A typical low-carb diet recommends 20 to 50g of net carbohydrates depending on the person’s size, age, and lifestyle.

Total carbs are made up of fiber, natural sugars, and starches.

Complex carbs like fiber and some sugars are not included in the net carb calculation due to the body’s inability to digest them.

The amount of fiber should be subtracted from the total carb to get the net carb.

In addition, the body only digests some sugars.

Half the amount of sugars should also be subtracted from the total carb to get the net carb.

The net carb of a cup of chickpeas will therefore be:

Here’s a comparison of the net carbohydrate content of some popular legumes per 100g :

Go to top
Table Of Contents hide
1 Are Beans High Carb Or Low Carb?
2 Can You Eat Beans On A Keto Diet?
3 Are Chickpeas Keto?
4 8 Interesting Facts About Hummus
5 Conclusion 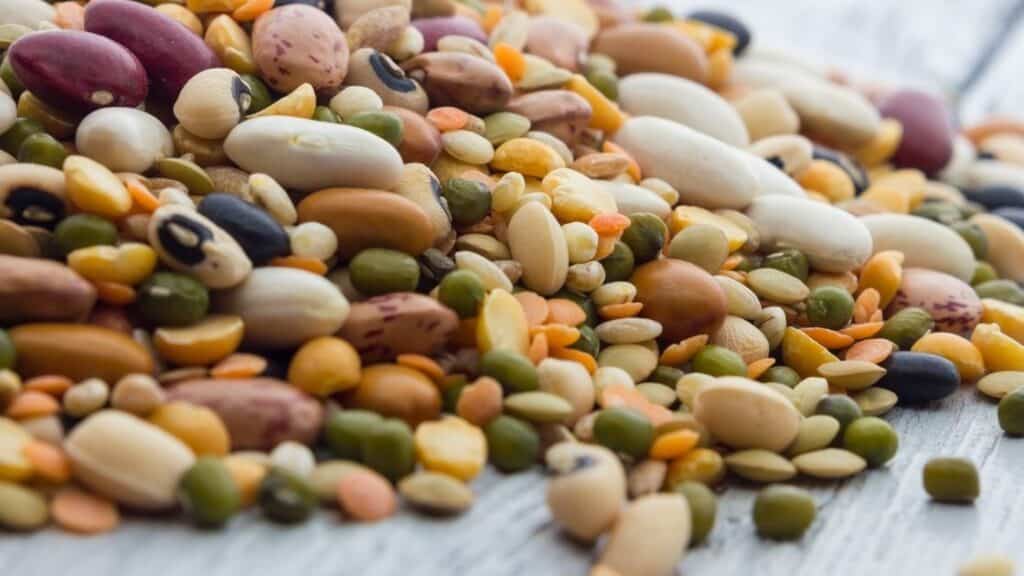 Generally, all beans, being legumes, are considered high carb.

The two exceptions are black soybeans and green beans.

Beans are an incredible source of nutrition packed in tiny little packages.

They deliver loads of fiber, protein, iron, folate, and antioxidants in addition to numerous other nutrients.

However, on any low-carb diet, beans deliver too many carbohydrates and have to be limited to smaller portions.

The exceptions are black soybeans and green beans.

In comparison, garbanzo beans (chickpeas) stand somewhere in the middle at 19.8g.

The high carb content of beans shows that there are plenty of healthy foods rich in carbohydrates.

Not only do they deliver the necessary energy you need, but they are also packed with all kinds of nutrients, protein, and fiber, making them an excellent choice for all diets aside from a low-carb diet.

Can You Eat Beans On A Keto Diet? 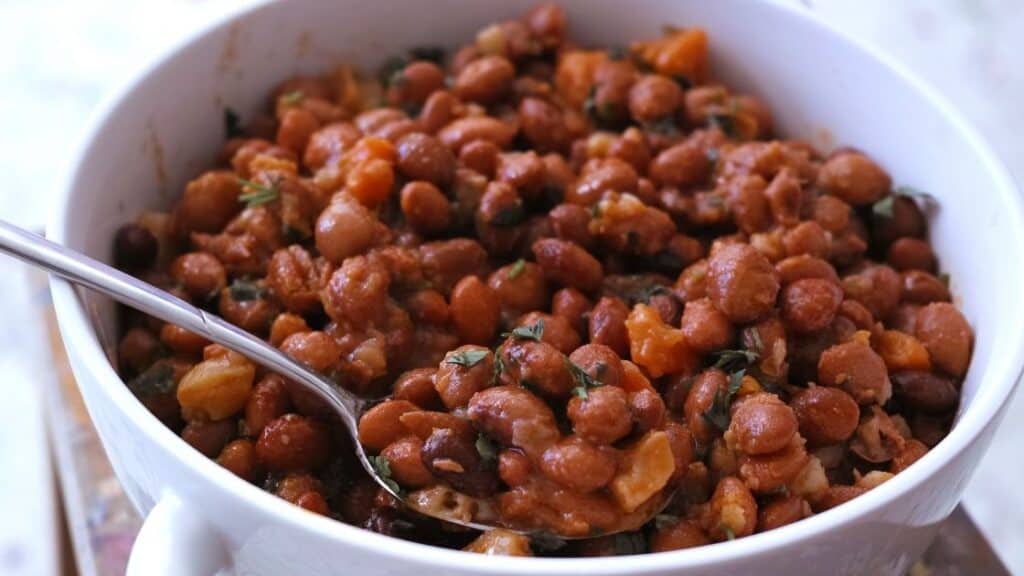 Yes, but it’s complicated. Only black soybeans and green beans are considered low-carb.

The rest of the beans can be eaten sparingly.

Pay attention to the carb content of each type of bean, the portion size, and know how much you can eat without exceeding the recommended daily intake.

The beans with the highest carbs include:

As beans are a high-carb food group, most keto followers avoid beans altogether.

The keto diet has rapidly gained popularity in the last few years.

First introduced in the 1920s, it was originally developed to treat epilepsy.

Doctors realized that keeping epileptic patients on low-carb, high-fat diets forced their bodies to use fat for fuel instead of carbohydrates.

This diet was abandoned soon after the development of anticonvulsant medication.

To this day, records acknowledge the ketogenic diet as one of the most successful treatments for epilepsy.

The modern keto diet has only become popular over the last few years.

The keto diet is a low-carb, high-fat diet that limits daily carbohydrate intake to between 20mg and 50mg according to size, lifestyle, and age.

In comparison, 100g of kidney beans contain 22.8g of carbs, more than the recommended daily intake for a small person on a keto diet.

By following this diet, a participant is said to get into a state called “ketosis”, where energy is fueled mainly by fat.

It lowers insulin levels and directs the body’s metabolism away from carbs and towards fat.

Ketosis happens when you reduce your consumption of carbs, which limits your body’s supply of glucose.

Protein should also be limited, as it can be converted into glucose if high amounts are present.

The two most commonly-used diets are the SKD and the high protein keto diet.

The CKD and TKD are used primarily by professional athletes and bodybuilders. 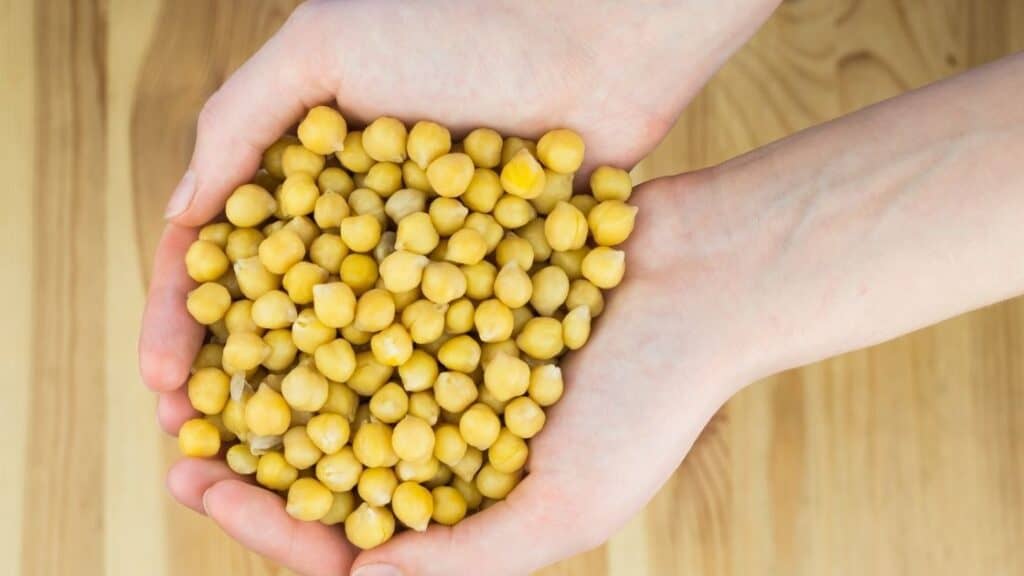 Chickpeas, or garbanzo beans, are among the highest-carb beans around and are avoided by those on the keto diet.

A cup of chickpeas contains about 28g of carbohydrates, a considerable amount compared to the recommended daily intake of 20g to 50g of carbs for some.

Chickpeas are considered a superfood that has numerous health benefits.

They are packed with nutrients, incredibly rich in fiber and protein, benefits digestion can help with weight control, and prevents diabetes.

How do we wiggle chickpeas into the keto diet while still sticking to the recommended daily intake of carbohydrates? Enter hummus!

Because of its high fiber content, hummus, made up primarily of chickpeas, can be consumed sparingly.

Since net carbs are calculated by subtracting fiber from the total carbs, adding more fiber will lower the net carbs and make hummus more keto-friendly.

Better yet, if hummus is paired with vegetables as opposed to crackers, the fiber content of your snack goes way up.

As a general guideline, 2 to 3 tablespoons of hummus is about 3g of carbohydrates.

Following the keto diet does not equate to giving up chickpeas entirely.

As long as you keep an eye on the carbohydrate bank, there’s room for hummus in your life.

Legumes have been nourishing us for thousands of years.

They are known almost universally as an enormous source of carbohydrates, protein, fiber, and nutrients.

Because of that, many on the low-carb or keto diets avoid them like the plague.

However, there are exceptions to every rule, and as previously explained, black soybeans and green beans are low-carb legumes, and with proper knowledge, others can be used sparingly.