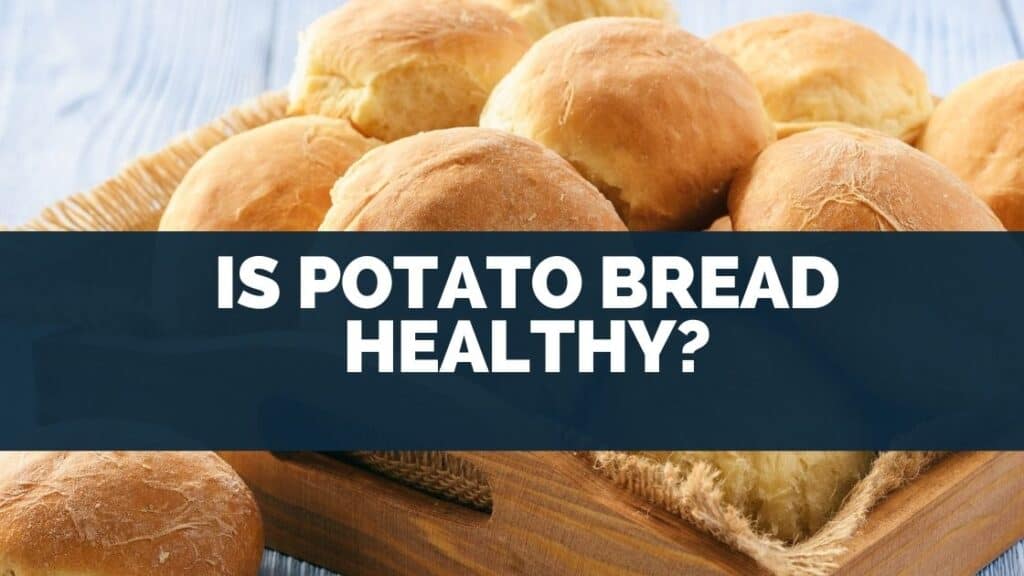 Potato bread has been around for centuries since a French pharmacist and agriculturist came up with the first recipe in the 18th century.

Since then, it has gained popularity in recent years, touted as a healthier alternative to wheat flour.

Potato bread is similar to other types of bread, except that the spuds are used to replace some of the wheat flour.

While potato bread has more dietary fiber than wheat bread, both types of bread have similar nutritional value and contain comparable vitamins and minerals.

Potato bread is made with white flour, eggs, butter or shortening, salt, and a leavening agent like baking powder or soda.

The ratio of potato to wheat flour differs significantly depending on recipes; some recipes have more of one or the other.

Some recipes call for potato flakes, and others use mashed potatoes.

Potato bread is commercially available in many countries, differing only by the types of ingredients used and cooking methods.

You can also make homemade potato bread at home with a bread machine or mixer.

The dough is sweeter and softer than regular bread dough and should be made drier and stiffer to avoid sinking too much.

Moist, easily sliced with a spongy texture, potato bread has about twice the amount of protein and fiber than wheat bread with a similar calorie count.

This could help weight management as both fiber and protein work together to make you feel fuller for longer.

Phosphorus benefits both bone and tooth health and also works with the B-complex vitamins.

You’ll be able to get about 15 grams of total carbohydrates from one slice of potato bread, as well as 4% – 6% of your daily value of calcium, iron, and vitamin B6.

In addition, potato bread has 230 mg per slice of potassium, three times as much as whole-wheat bread and a surprising seven times more than white bread.

Potassium offsets the impact of too much sodium by lowering blood pressure, reducing the risk of heart disease and hypertension.

Does Potato Bread Have Health Benefits? 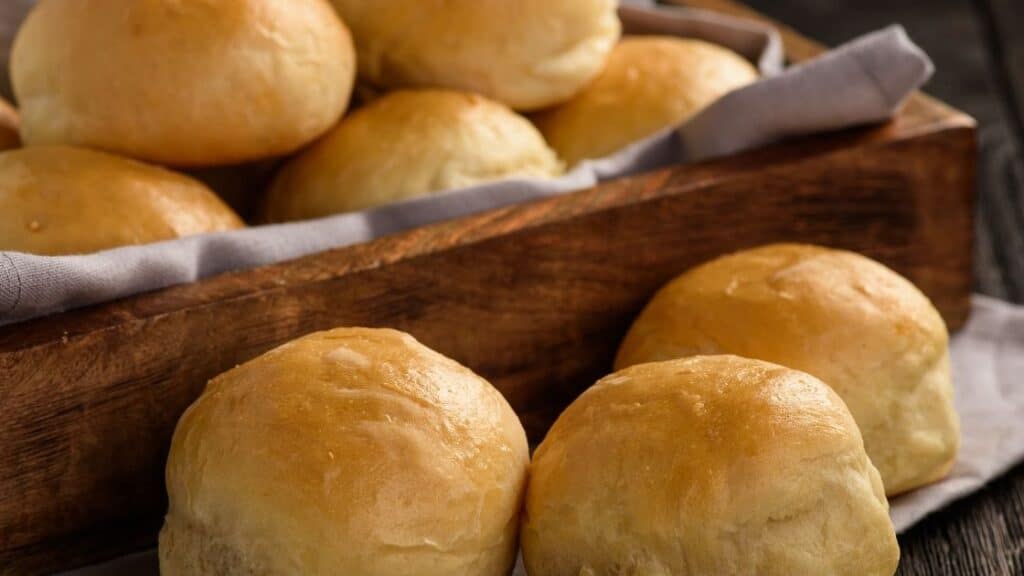 Potato bread is made by substituting a portion of wheat flour with mashed or flaked potato. It has been touted with numerous health benefits because of its increased fiber, potassium, and vitamin content.

In addition, a slice of potato bread provides 11% of your recommended daily intake for folate, a B vitamin that helps prevent congenital disabilities in unborn infants.

In contrast, a slice of wheat bread contains about 7%.

Potato bread is high in phosphorus; a slice gives you 17% of the recommended daily intake, while a slice of wheat bread gives you about 6%.

Phosphorus benefits bones and teeth, working with B vitamins to help the body metabolize food.

In addition, potato bread is richer in calcium and potassium, strengthening bones and maintaining healthy blood pressure by balancing out the adverse effects of sodium.

Potato bread has been credited with the following health benefits:

One slice of Potato bread provides 0.15 milligrams of Vitamin E, more than what’s found in a slice of white bread. Vitamin E helps reduce the impact & harm from free radicals by providing antioxidant support to your body.

Research has shown that free radicals are responsible for cell damage, leading to chronic health problems such as cancer and cardiovascular diseases.

Vitamin E is an antioxidant agent that assists a healthy immune system and cognitive abilities over time.

Potatoes are healthy, nutrient-rich food and a good source of folate.

When compared to white bread, which has none at all, a slice of potato bread contains 48 micrograms of folate.

Folic acid is an essential form of folate, especially in pregnant women.

It ensures the proper development of the fetus and reduces the risk of congenital disabilities.

In whole-wheat bread, folic acid is lost in the baking heat.

While both folic acid and folate work similarly, folate is the naturally occurring form, while folic acid is the synthetic form commonly found in fortified cereals, grains, and supplements.

Potato bread has double the amount of fiber found in wheat bread.

The amount of fiber present depends on the flour used to bake the bread.

The average American eats about 15 grams of fiber a day, about half the recommended daily intake of 25 to 30 grams.

Lack of fiber can lead to a host of health problems, including constipation, poor immune responses, and inadequate gut health.

Is Potato Bread Bad For You? 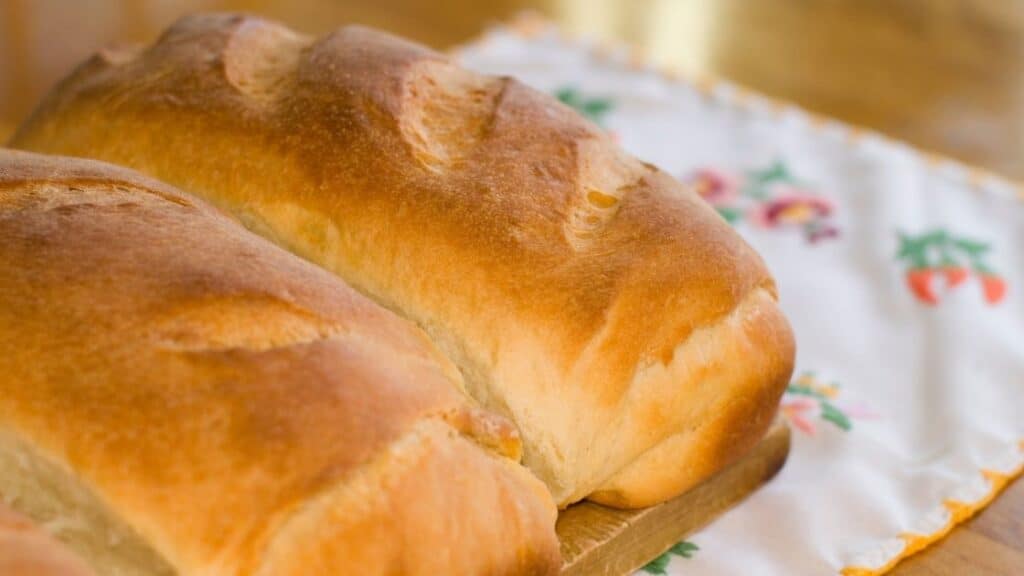 Potatoes, in general, are an excellent source of fiber, carbohydrates, and minerals, including potassium, magnesium, vitamin B6 and C.

However, potatoes also have a high glycemic index (GI), making them potentially unsuitable for folks with type-2 diabetes.

A slice of wheat bread contains 1.75 grams of sugar compared to the 4 grams in potato bread.

While potato bread might not suit someone on a sugar-free or low GI diet, it makes an excellent choice for other individuals wanting a substitute for regular white bread.

Potatoes are an excellent source of antioxidants, vitamin A, C, potassium, and magnesium.

The dense texture of the bread makes it perfect for sandwiches that won’t fall apart.

Is Potato Bread Better For You Than White Bread? 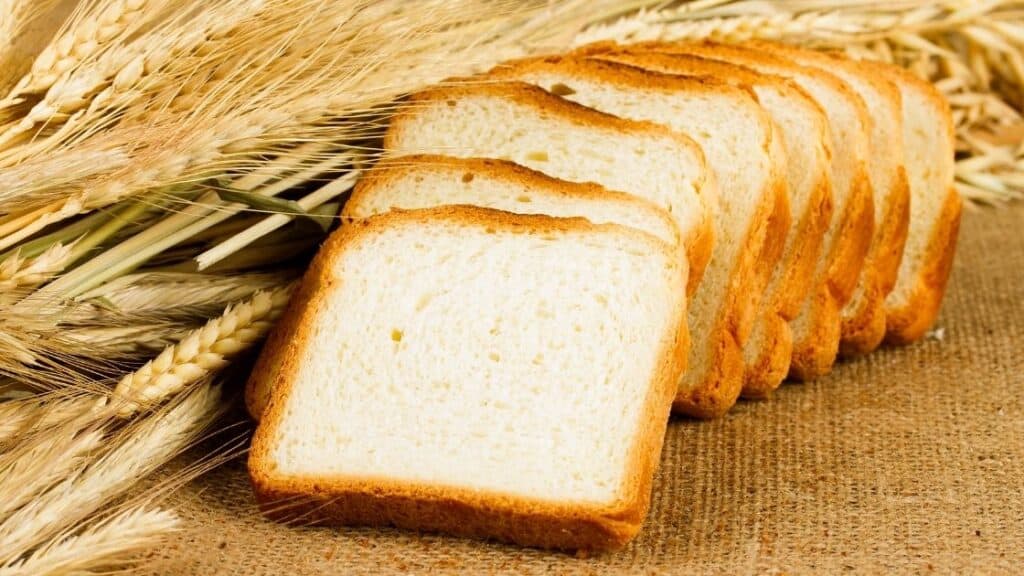 The healthier choice for you depends on your priorities and personal health goals.

Potato bread is often seen as healthy because they are high in complex carbohydrates.

They are also a good source of potassium, folic acid, and vitamin C.

Potato bread is made merely by substituting some portion of wheat flour with a mashed or flaked potato.

Potato bread has 4 grams of sugar compared to the 1.75 grams present in wheat bread.

However, potato bread has about double the amount of fiber as wheat bread.

In addition, it has higher levels of essential minerals like potassium, folate, calcium, and magnesium.

The higher fiber levels might well be worth the slightly more calories in potato bread.

Fiber takes time for the body to process, leaving you feeling fuller for longer.

High-fiber foods are known to be an essential part of all weight management programs.

Does Potato Bread Have Less Carbs? 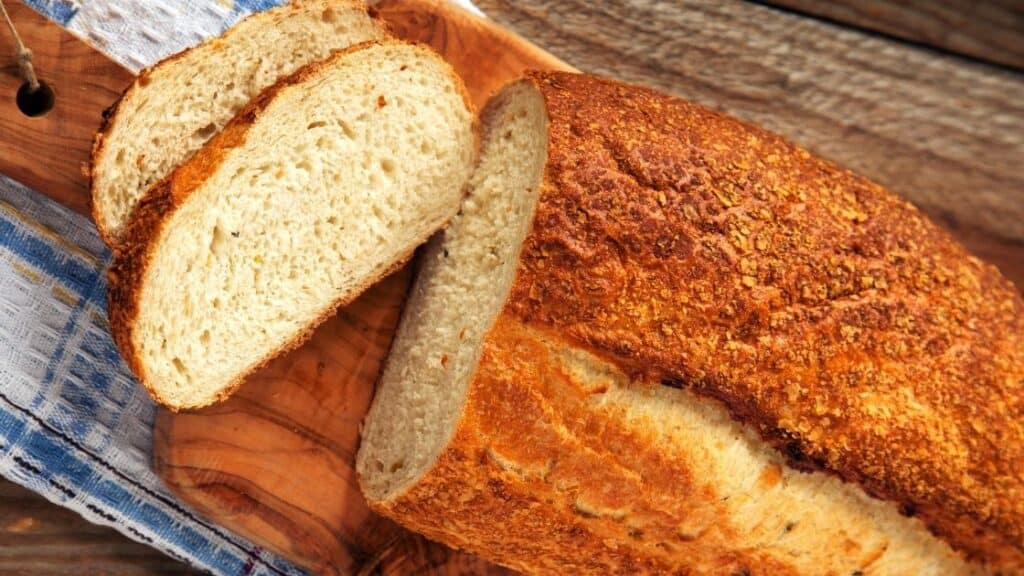 No. Potato, whole-wheat, and white bread have similar carbohydrate content of about 14 to 15 grams of total carbohydrates.

All three breads have a relatively high glycemic index (GI), making the foods unsuitable for people with type-2 diabetes.

Carbohydrates are a group of three organic compounds found in foods; fibers, sugars, and starches.

They contain two parts hydrogen and one part oxygen in the same ratio as water.

Carbohydrates break down to release energy into the body, fueling cells with energy.

Carbs make the body release insulin into the bloodstream, which in turn transports glucose to the cells for use as energy.

Carbohydrates are the body’s primary energy source. If not present, the body will start to burn muscle and fat.

Replacing your intake of carbohydrates with that of fat and protein could increase saturated fat and cholesterol levels, which increases the risk of heart disease.

When you are low on glucose, the body will break down fat storage to convert it to energy.

While carbohydrates, fat, and protein all combine to provide you with the energy you need to function, the muscles rely on carbohydrates as their primary source of fuel.

The carbohydrate storage compounds, called glycogen, have to be topped up regularly for us to function.

A diet low in carbohydrates can lead to a lack of energy, feelings of fatigue, and delayed recovery.

Wheat is one of the most demonized foods when it comes to weight management.

It is found in bread, pasta, pizza, and other snack foods.

Instead of refined, processed carbohydrates like that of those found in white bread, opt for whole grains instead.

Wholemeal and brown grain gives us energy and usually contain B vitamins, vitamin E, fiber, and many other nutritional minerals.