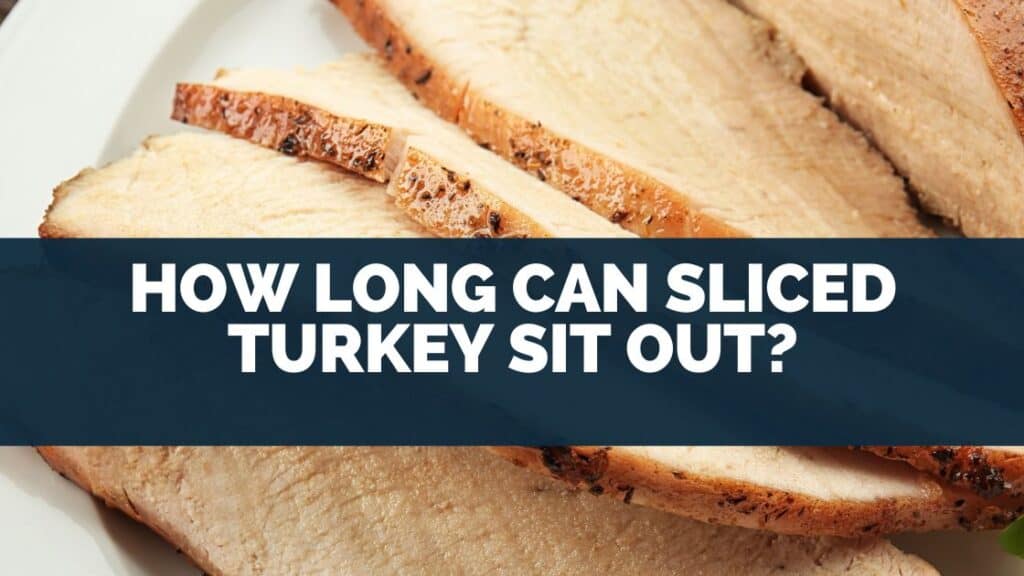 Sliced turkey…..yum! Whether eaten on its own or as part of a delicious sandwich, sliced turkey is a lean, low-fat option to the fattier ham.

If you’ve accidentally left your sandwich or pack of sliced turkey out, you might be wondering how long can sliced turkey sit out?

According to the USDA, a sliced turkey can sit at room temperature for two hours before it is deemed unsafe to eat.

This is at the “danger zone” of temperatures; bacteria can quickly multiply, doubling every 20 minutes and causing your stomach great distress should you venture to eat it.

The danger zone is the temperature range between 40°F and 140°F, in which bacteria can grow rapidly.

While it is possible to kill bacteria by cooking food at a high temperature, it is much more difficult to prevent them from growing in the first place.

That’s why it’s so important to keep food out of the danger zone.

Foods that have been in the danger zone for more than two hours should be thrown away, as bacteria will have had ample time to multiply.

When handling food, be sure to keep it at safe temperatures by refrigerating it promptly or using a cooler with ice packs.

Food poisoning is not fun and can be caused by bacteria such as salmonella or Escherichia coli (e.coli).

Salmonella poisoning is a serious health concern that should not be taken lightly.

The bacteria salmonella is commonly found in contaminated food, and it can cause severe illness or even death.

Symptoms of salmonella poisoning include diarrhea, vomiting, and fever, and the illness can be particularly dangerous for young children, the elderly, and those with weakened immune systems.

The infection can lead to dehydration, kidney failure, and even death if left untreated.

While there is no cure for E. coli poisoning, it is important to seek medical treatment as soon as possible.

With prompt treatment, most people make a full recovery.

However, some people may experience long-term health problems such as chronic diarrhea, joint pain, and infertility.

To prevent E. coli poisoning, washing your hands thoroughly after using the bathroom or handling raw meat is important.

You should also cook meat thoroughly before eating it and avoid consuming unpasteurized milk or cheese.

If you suspect that you or someone you know has been poisoned by contaminated food, it is important to seek medical attention immediately.

Early diagnosis and treatment are essential for a full recovery.

In addition, make sure to wash your hands thoroughly after handling any food that may be contaminated.

Taking these simple precautions can help protect yourself and others from the potentially devastating effects of food poisoning.

Go to top
Table Of Contents hide
1 How Long Can A Deli Sandwich Be Unrefrigerated?
2 What Happens If You Eat Turkey Left Out Overnight
3 How Can You Tell If Sliced Turkey Is Bad?

How Long Can A Deli Sandwich Be Unrefrigerated? 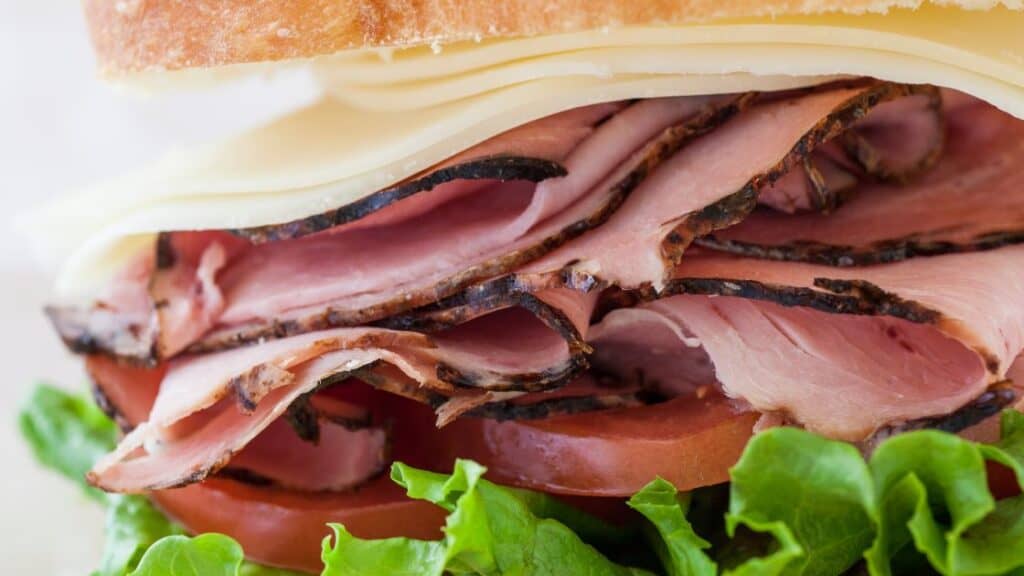 It’s happened to everyone: you make a sandwich, take a bite, and then get called away before you can put it back in the fridge.

How long can your sandwich sit out before it goes bad?

The answer depends on a few factors, including the type of bread and fillings you use.

Bread is generally the first ingredient to go bad, as it starts to stale and become hard fairly quickly when exposed to air.

Fillings like meats and cheese can also spoil if left out for too long, especially in warm temperatures.

However, some types of sandwiches are more resistant to spoilage.

For example, a sandwich made with hearty rye bread and filled with cured meats and pickles will last longer than one made with white bread and peanut butter.

In general, it’s best to err on the side of caution and assume that your sandwich won’t be safe to eat after sitting out for more than two hours.

After that, it’s better to play it safe and throw it out rather than risk food poisoning.

Food poisoning is a common and often very unpleasant illness that occurs when you eat food or drink water that contains harmful bacteria, viruses, or toxins.

ach year, there are an estimated 48 million cases of food poisoning in the United States alone.

The best way to avoid getting sick from food poisoning is to practice safe food handling and preparation techniques.

Following these simple tips can help keep yourself and your family safe from food poisoning.

What Happens If You Eat Turkey Left Out Overnight 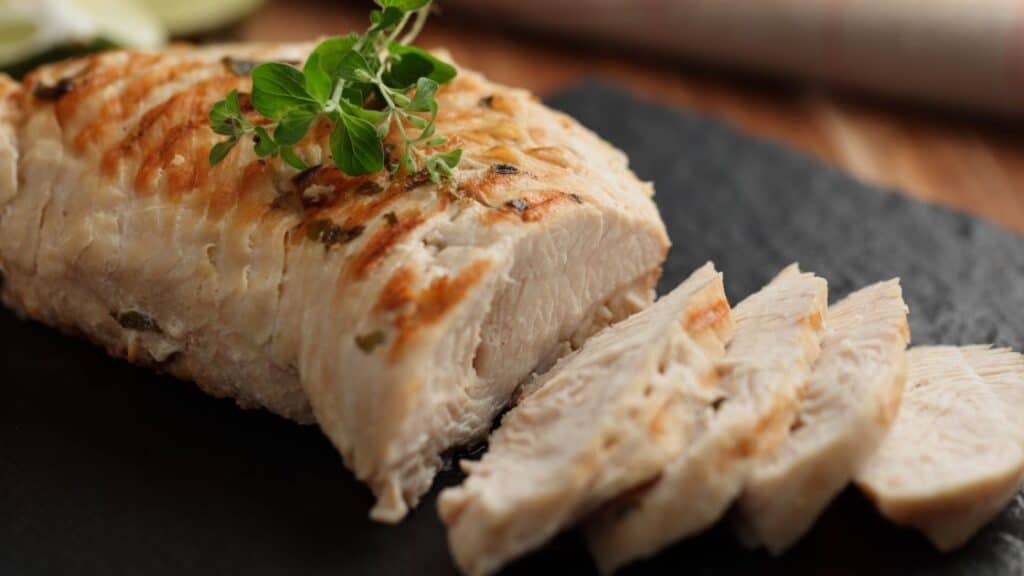 If you’ve ever found yourself with a leftover Thanksgiving turkey that’s been sitting out overnight, you may have wondered if it’s still safe to eat.

After all, poultry is notorious for harboring bacteria that can cause food poisoning.

You should not eat turkey meat or sliced turkey ham if you have left it out overnight.

The USDA recommends that cooked turkey be refrigerated within two hours of being served and that leftovers be eaten within three to four days.

If the turkey has been left out at room temperature for longer than two hours, it should be thrown away.

The danger zone of food safety is the temperature range between 40°F and 140°F, in which bacteria can rapidly multiply.

This range is often called the “temperature danger zone” because it is the danger zone for foodborne illnesses.

The United States Department of Agriculture (USDA) recommends that food be kept out of this danger zone to prevent bacterial growth.

There are four main ways to keep food out of the danger zone: cooking, refrigeration, freezing, and dehydration.

Cooking food properly kills bacteria and other pathogens that may be present.

Refrigeration and freezing slow the growth of bacteria, and dehydration removes water that bacteria need to grow.

The USDA recommends that food be cooked to an internal temperature of at least 145°F to kill any bacteria that may be present.

If you are unsure if your food has reached this temperature, use a food thermometer to check.

Food should also be refrigerated or frozen at 40°F or below and dehydrated at 140°F or above.

Following these guidelines can help keep your food safe from bacteria and other pathogens.

Remember, when in doubt, throw it out!

How Can You Tell If Sliced Turkey Is Bad? 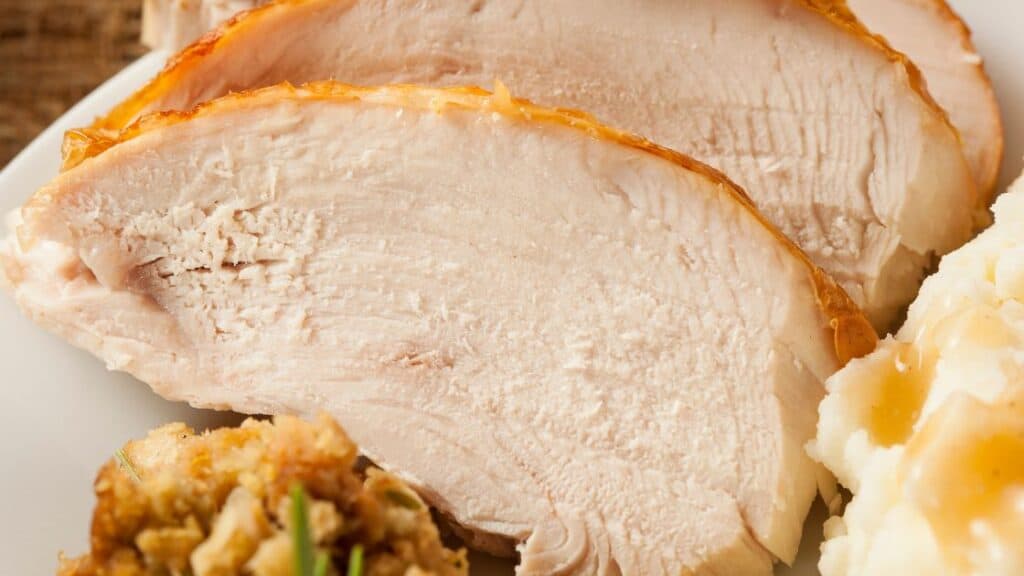 There are a few things to look for.

First, check the color of the meat.

It is probably starting to spoil if it is darker than usual or has greenish tinges.

It is no longer safe to eat if it has a sour or rancid odor.

Finally, feel the texture of the meat.

If it is slimy or tacky to the touch, it has gone bad and should be thrown away.

By checking out these signs, you can ensure that your sliced turkey is always fresh and delicious.

When in doubt, throw it out! It is always better to err on the side of caution.

Food poisoning is an unpleasant condition that can be serious, even fatal.